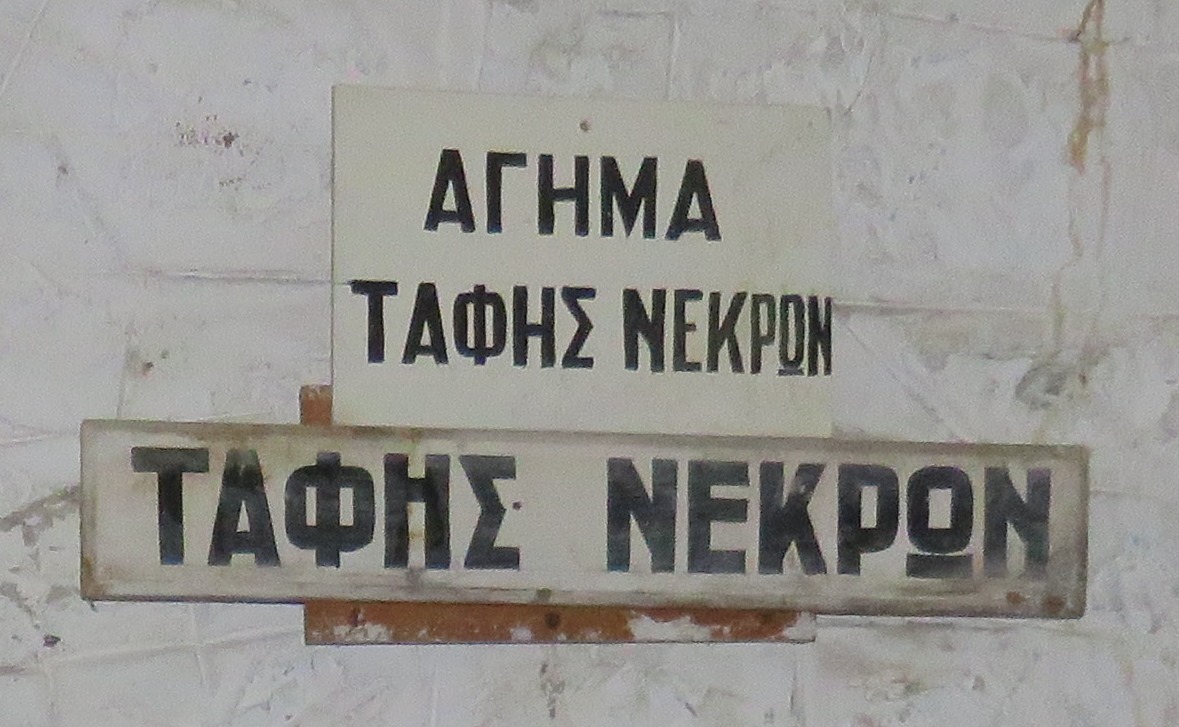 Photos and info submitted by Konstantinos Kirimis, used by permission

In the years leading to WW2, Greece ran an extensive modernization project of its armed forces.

From 1936 to 1940, on the eve of the Italian failed invasion of Greece, the Royal Hellenic Navy, acquired new naval units and built a series of bunker complexes and naval fortresses.

Naval installations, which were built from 1936 to 1940, on the islands of Fleves and Aegina, are typical of the period.

New air raid shelters were built at the Royal Hellenic Navy’s main naval base, on the island of Salamis.

Konstantinos Kirimis, a respected researcher and author visited the Salamis naval base WW2 shelters, which were designed for different purposes.

Some were built exclusively for the protection of personnel, others as ammunition stores, while one served as an underground command center, which saw use post-war as well.

All these underground installations share unique characteristics, which distinguish them from other air raid shelters built in the greater Athens area, during the same period.

They were built deep underground, digging through rock in mountains or hills, surrounding the base.

The entrance was usually a superstructure at the top of the hill, which led to the main underground shelter.

A secondary emergency exit,  at the exact opposite direction of the entrance was mandatory, for obvious reasons. Part of the interior was just carved in the rock, reminding a mine.

It was not unusual to see a combination of both techniques at the same shelter.

Ventilation was secured by air purification hardware, while the entrances were secured by heavy-duty armored doors.

The steel doors were made in Germany by Peltz, while the air purification hardware was made by Siemens.

According to the Hellenic Navy History Department archives, just before WW2, Germany sent, upon a Greek request, an officer specialized in underground fortifications, who acted as a consultant to the Hellenic Royal Navy.

It is indeed a historical paradox, that Germany assisted with know-how and hardware in building these installations in 1936 and just in a few years, in 1941, launched air attacks against those very same underground shelters.

These shelters came in a variety of sizes.

The ammunition shelter had railway tracks, as ammo boxes were carried by small wagons. The volume of one of the largest shelters, is 2,000 m3 and could house over 400 men, while the corridors were over 120 meters long.

The personnel was seated on wooden benches, while there was a specific seating arrangement by rank (conscripts, NCOs, Officers, etc.)

The Greek Royal Navy imported shelter infrastructure from Germany. Each shelter had infirmaries, toilet facilities and command and control areas.  Firefighting equipment, such as shovels, hoses, helmets, etc. were stored in wooden cabinets.

Throughout the underground shelter, many warning signs reminded the proper procedures, such as “keep the shelter clean”, “speak low”, “smoking is prohibited”, “after the air-raid, refrain from touching any unexploded ordnance”.

Today, these underground shelters, remain hidden away, they stand in the shadows, a silent testimony of a long gone era. While they have become obsolete, history buffs appreciate their significance during a turbulent period.