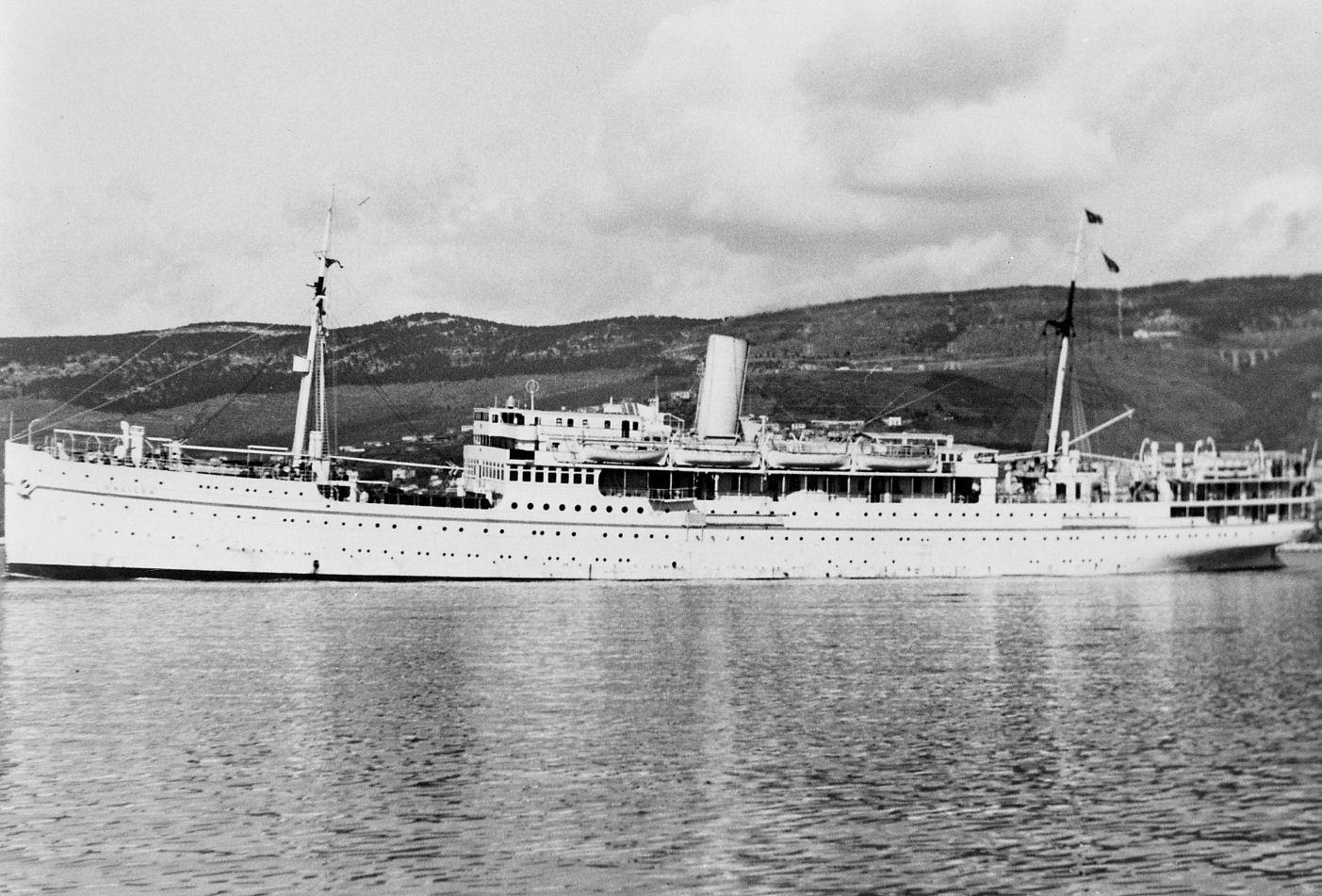 George Karelas, a respected researcher from Patras, Greece unveiled a long forgotten naval tragedy that happened on the night of March 28, 1942, in the the Ionian Sea, Greece.

“Galilea” is sailing back to Italy from Greece with 1,329 men on board. 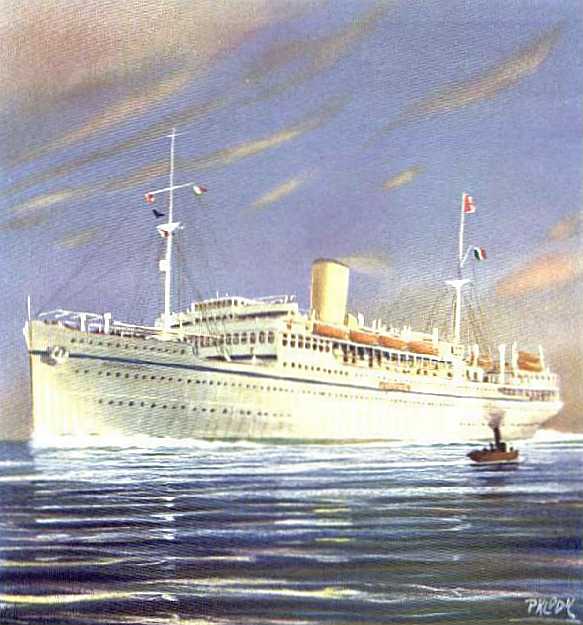 The “Galilea” was a passenger ship of Adriatica Societa Anonima di Navigazione based in Venice and Trieste.

She was built in 1918 at San Rocco shipyards in Trieste.

Lloyds of London describe the ship as a double screw steamer with a displacement of 8,040 tons, length of 135 metres and width of 16 metres. Her speed was 13.5 knots and she could carry 47 first class passengers and 148 second class passengers. 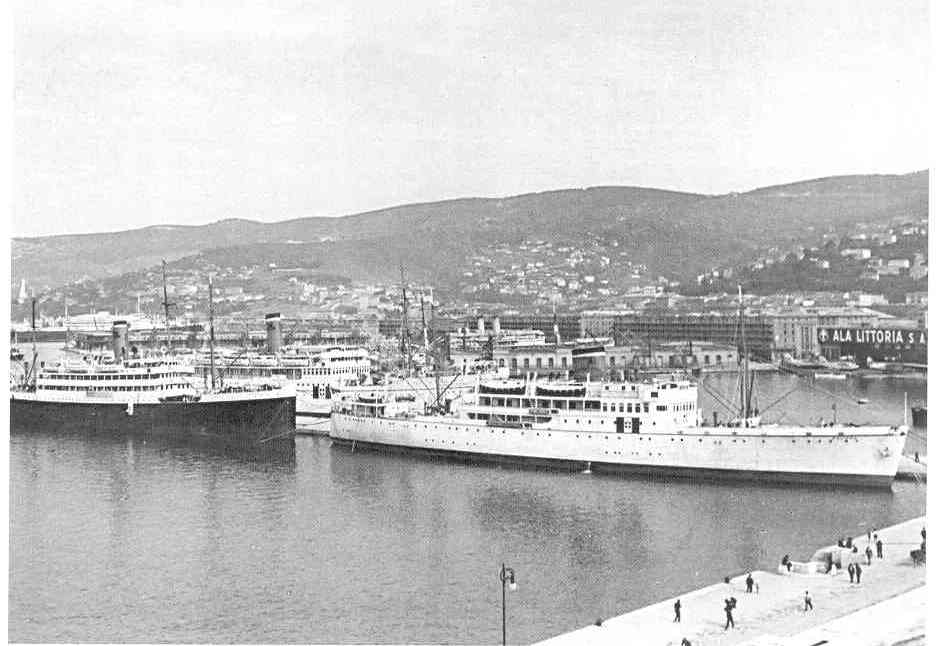 Soldiers and officers from “Julia” Alpine Division  boarded the steamer in Loutraki.

Every soldier received basic training on the procedures to be followed in case of enemy action and information on the use of life-saving devices, as well as useful details in case of shipwreck, such as the need to keep their shoes loosened to easily get rid of them, not to light matches or cigarettes, in order not to reveal the location of the ship and a series of other actions certainly unprecedented for these Italians who were used to live on the mountains and not by the sea. 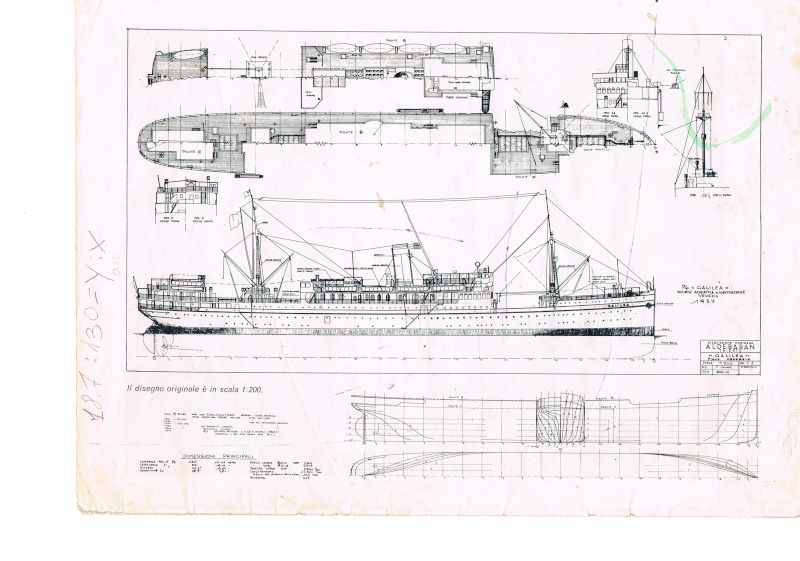 On the afternoon of March 28, 1942 a large convoy sailed from the port of Patras. The convoy consisted of the ships, Crispi, Italia and Piemonte. Galilea arrived in Patras from Loutraki. These ships along with Citta di Napoli and Regia Marina ships Castelfidardo, Mostro, Bassini, Sebenico and San Martino, carried no submarine detection equipment with the exception of Sebenico, to protect the convoy sailed towards Bari. Aircraft from the Regia Aeronautica would provide air cover until dark. 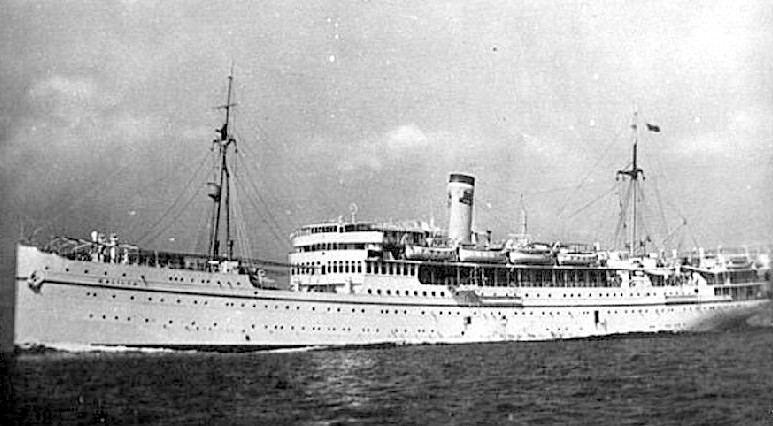 According to reports, “Galilea” was full with Italian mountain troops from “Julia” the very same Division that suffered a humiliating series of defeats on the mountains of Albania by the Greeks in the war of 1940-41 and approximately 50 to 70 Greek prisoners, including six women. They had boarded the ship earlier, at the port of Piraeus. They were escorted by 12 Italian carabinieri.

The final destination of the mountain soldiers would be the eastern front, where they would fight with their allies the Germans, against the Russians. Their fate would eventually prove to be very tragic. Instead of freezing dead in the Russian Winter, they drowned in the Greek Seas. 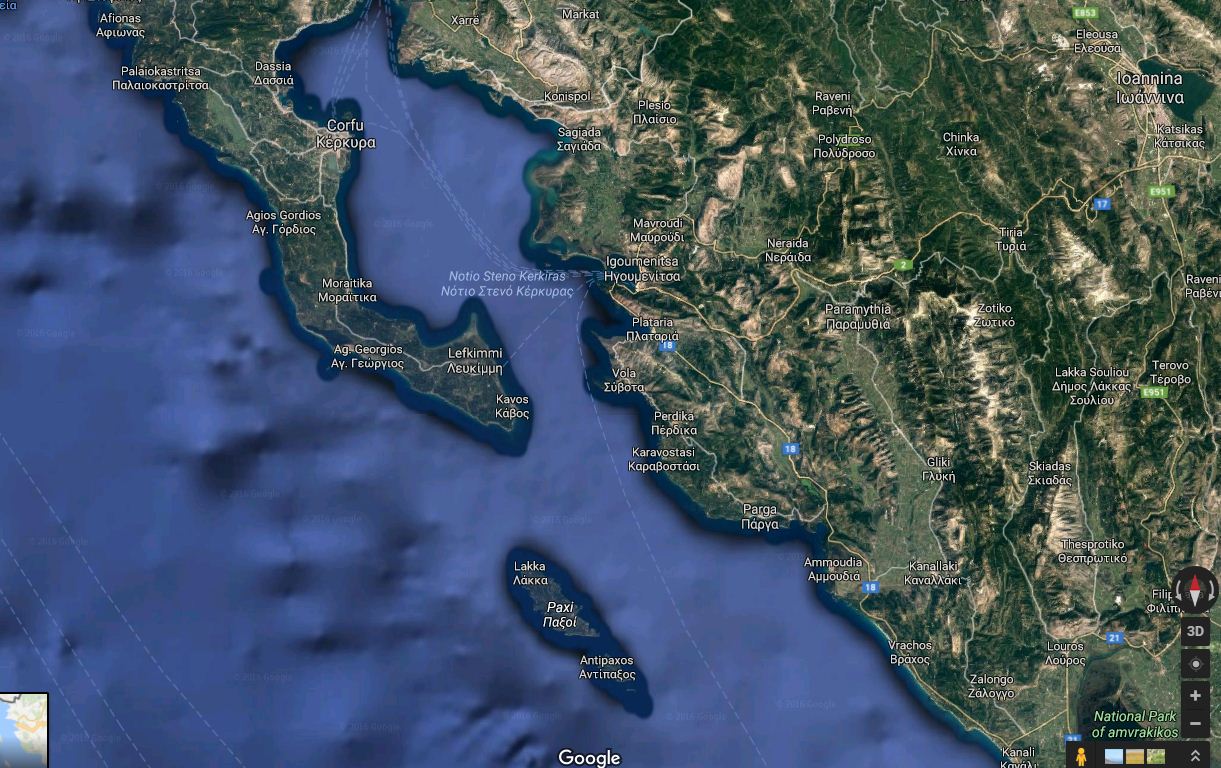 The convoy passed Cape Lefkatas at 7 p.m. and  two hours later the ships were off Paxos island. 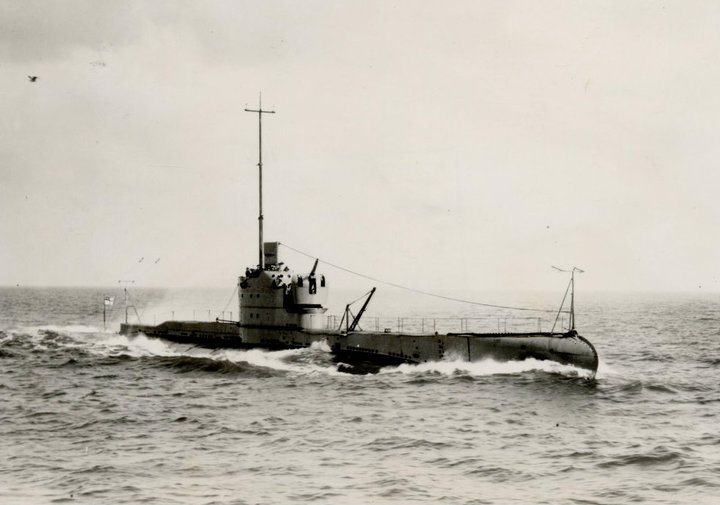 The ship immediately listed by 15 degrees. Panicked Italians started screaming and jumping into the sea, while the crew failed to properly deploy the life rafts, crushing many soldiers in the process. Many Alpinists who fell into the sea drowned. 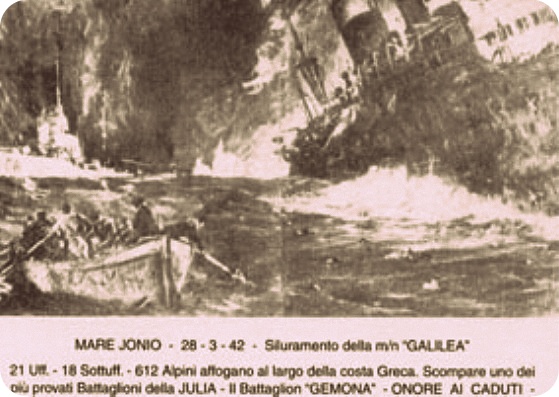 Immediately after the explosion, the ship’s bulkheads were automatically closed, trapping hundreds of Italians and the Greek prisoners below deck.
The Captain tried to take the boat near the coast of Paxos, but soon abandoned the attempt when the ships propellers got out of the water and started killing many soldiers who were around the ship. The engines eventually stopped and the final scene of the tragedy was unfolding. 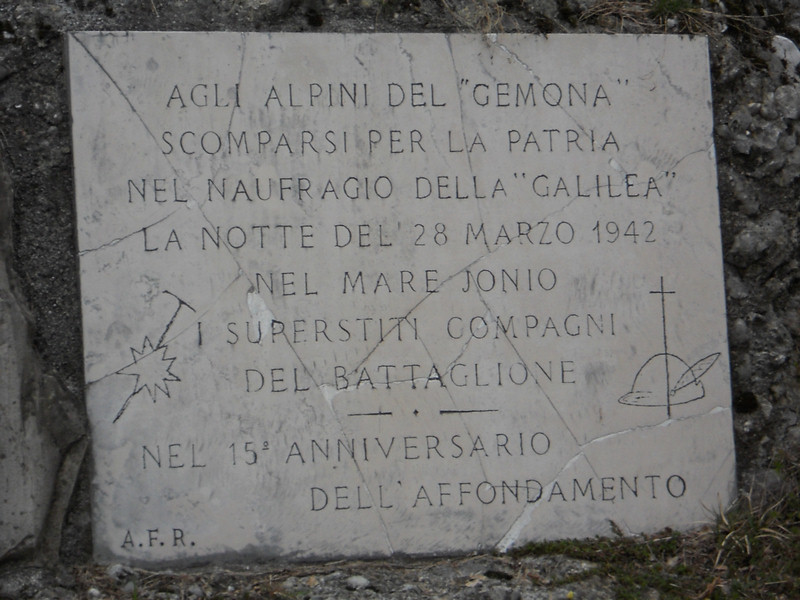 The other ships of the convoy were ordered to leave the area immediately, because of the presence of the British submarine and a Regia Marina warship launched an attack with depth charges on the submarine without any result.

Mostro tried to save the shipwrecked for hours and on the next day the torpedo boat MAS 516 and two minesweepers from Preveza completed the rescue operation. 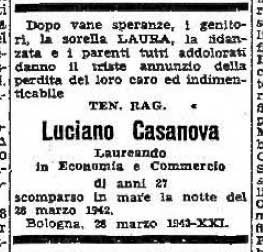 Only 246 soldiers and officers of the Gemona Battalion of Division Julia survived. The Gemona battalion had lost a total of 21 officers, 18 NCOs and 612 alpinists.

The rescue operation ended with a total of 284 Italians saved and the recovery of another 56 drowned soldiers.

Lieutenant Giovanni Bernardini commander of the 8th Alpine Regiment in his report states that there was a group of Greek political prisoners, 64 men and 6 women, and some Italian military prisoners escorted by carabinieri. 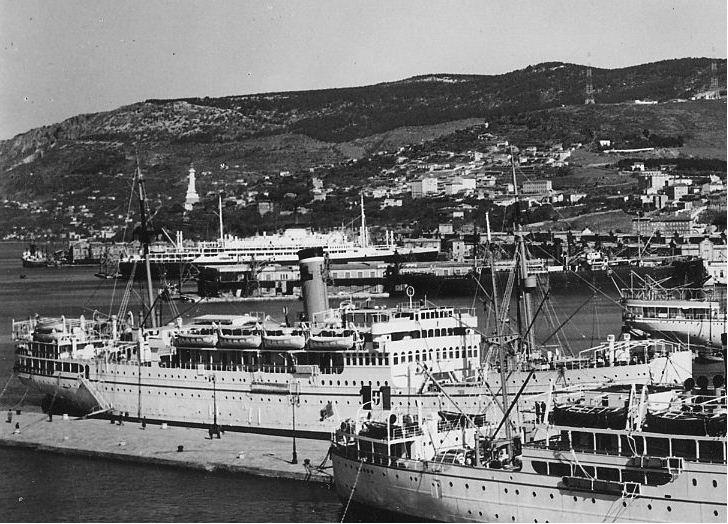 Lieutenant Antonio Ferrante Di Ruffano in his book “Never retreat” describes in detail the sinking of “Galilea” and makes reference to Greek political prisoners among them 6 women.  According to the the chief officer of “Galilea”, Licinio Schivitz, the Greek prisoners on board were 57
“I checked that portholes and windows were dark, so that light will not be seen from outside, that nobody was smoking on the deck and cabins, where 57 prisoners boarded in Piraeus were being held.” 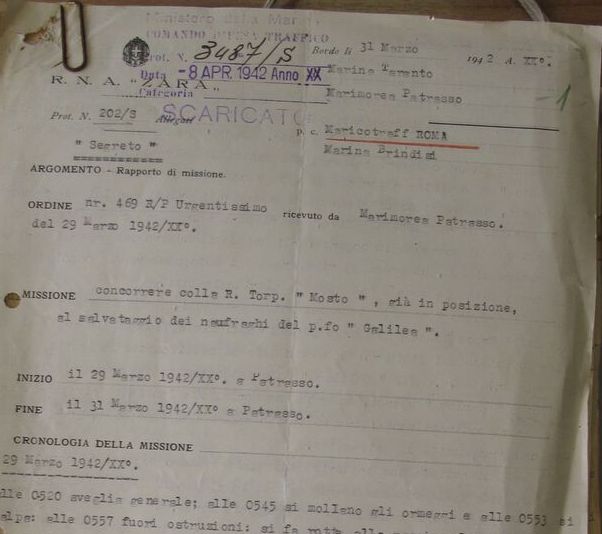 In a publication of the Association of Carabinieri of Rome, with the help of Italian Navy History department, a list of 79 Carabinieri aboard the ship in the fatal journey was included, 30 of which were guarding 57 Greek political prisoners.

Recently it became known from an article in the newspaper Corriere dell’Alto Adige that according to residents of Paxos island, just one Italian from Val di Fassa managed to swim that night and reach the coast of Antipaxos island. 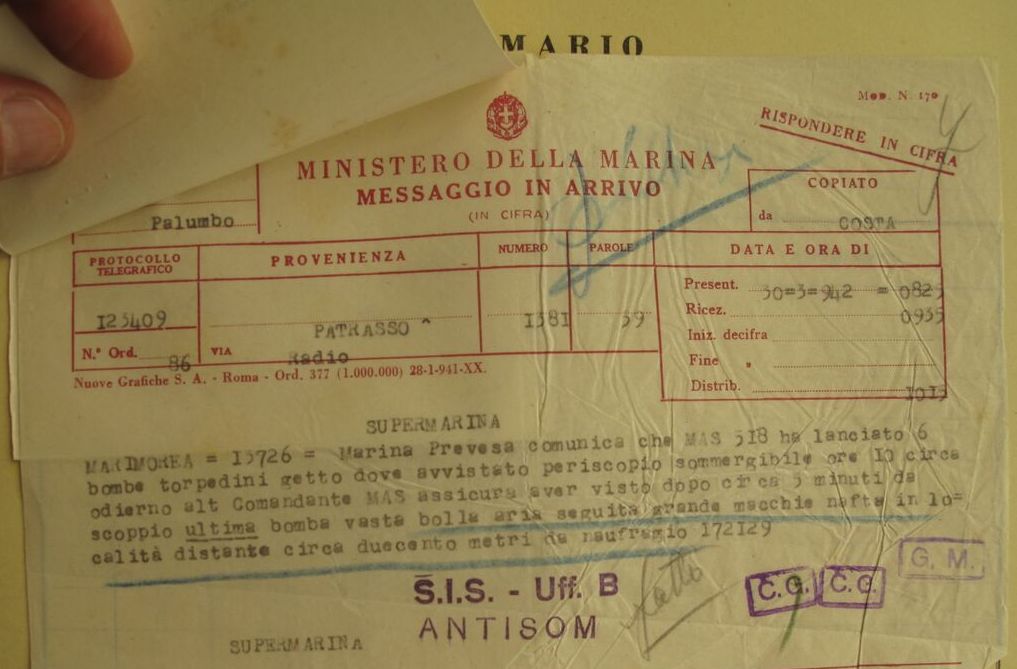 The Greeks apparently helped the Italian to hide because he did not want to return to war. The italian stayed in Paxos and Antipaxos until his death and was buried in the cemetery of Kastanida. He married a Greek woman and their children later moved to another part of Greece. The Italian was lucky, Paxos and Antipaxos are a heavenly place, no one wants to leave paradise!

The causes of the tragedy

-The automatic closing of the bulkheads, which trapped a very large number of Italians inside the ship.
– The small number of life boats.
– The inability to launch the life boats from the starboard side.
– The weather conditions.
– The fact that the Alpinists came from mountainous areas, most did not know swimming and after the torpedo hit the “Galilea”, they panicked.
– The significant distance from the shores of Antipaxos island. 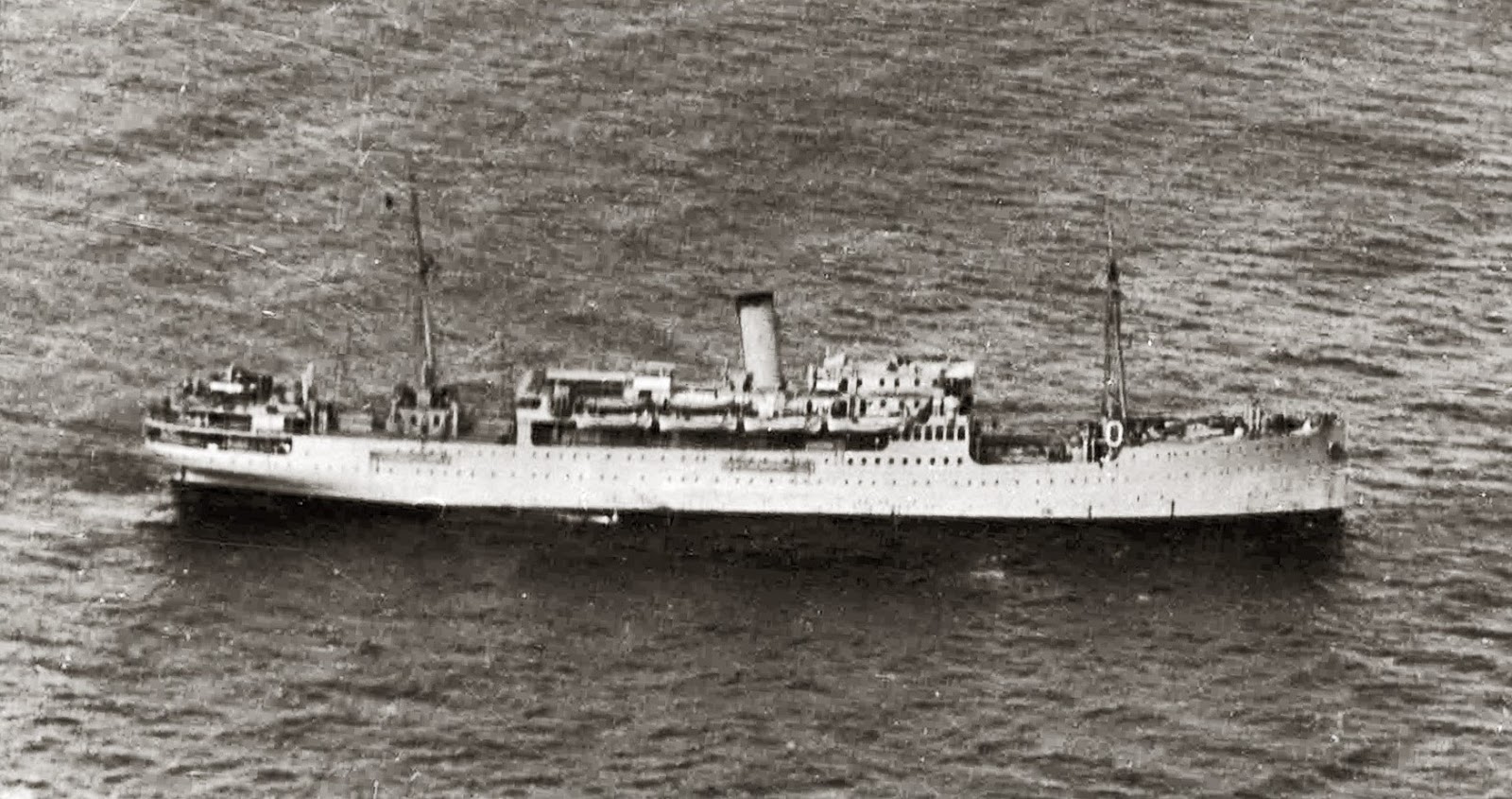 The research in Italian archives (Archivio centrale dello Stato) by Plato Alexiadis and in Greek sources failed to shed light on the mystery of the Greek prisoners on board. A WW2 mystery that still remains unsolved! 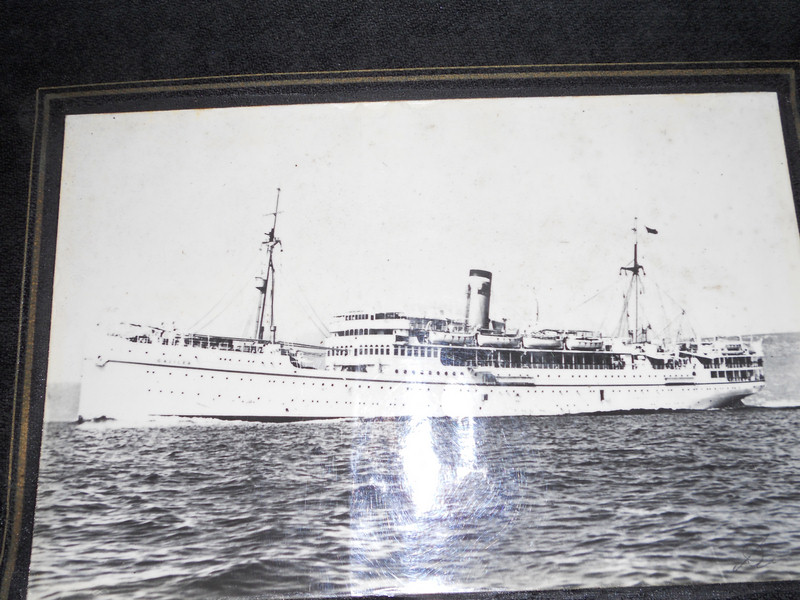