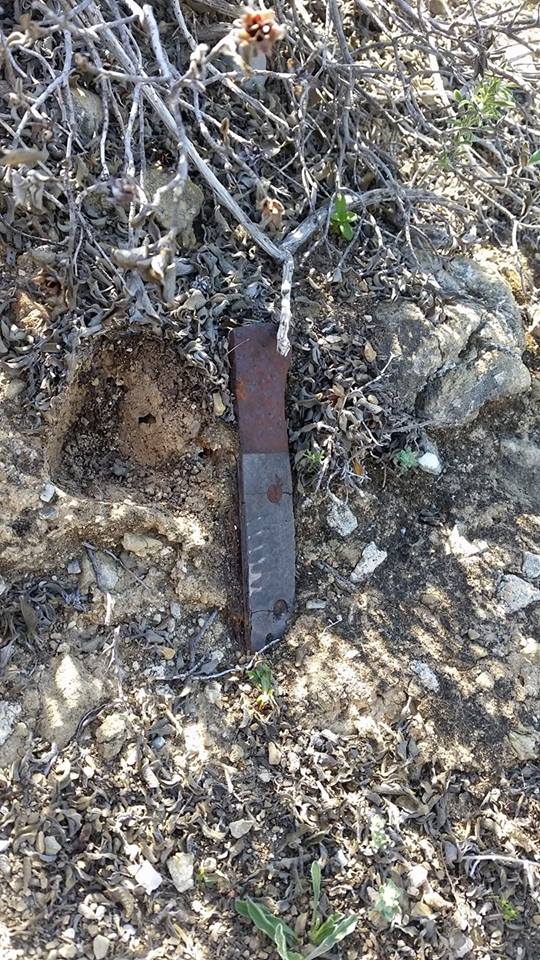 Following the Italian capitulation in September 1943, the Dodecanese (a word deriving from Greek, meaning “twelve islands”) became a highly contested area, which was strategically important for both the Germans and the Allies.

The biggest island in the Dodecanese is Rodos, which was an important Italian naval base and had airfields which allowed control of the eastern Mediterranean, as the island is located on the crossroads of Europe, Asia and Africa.

The German presence on Rodos had begun in January 1943. The Germans had eventually reached an agreement with the Italian Air Force to place two 88 mm Flak batteries on the island to strengthen the anti-aircraft defense of the air bases.

Panagiotis Brokos, a researcher from Rodos is scouring the island on a regular basis and has documented the events that unfolded on those fateful days of September 1943, including battlefield relics that testify the ferocity of the skirmishes that took place on the island between the German and the Italian garrisons stationed there.
The Battle for Rodos, 9-11 September 1943

The announcement of the Italian capitulation and armistice on September 8, 1943 took the Italian leadership and soldiers in Rodos completely by surprise. Following some hours of uncertainty, the first German attacks began at around noon on September 9 and the Italians returned fire.

By September 11, 1943, the Germans taking advantage of the chaotic instructions given by the Italians, asked for the unconditional surrender of the Italian forces.

On 19 September 1943, between 1,584 and 1,835 Italian prisoners, all Navy and Air Force personnel, were herded onto the captured Italian motorship Donizetti, which then sailed for mainland Greece. During the voyage the ship was intercepted and sunk by HMS Eclipse, unaware of her human cargo, with no survivors.

On 12 February 1944 the old steamer Oria, crammed with over 4,000 prisoners from Rodos, ran aground during a storm and sank off Cape Sounion; only 21 prisoners were rescued, while at least 4,062 were lost in the sinking. (CLICK TO READ THE FULL STORY)

Overall, about 1,580 Italian soldiers managed to escape from Rodos after the surrender; 6,520 were declared missing after the war. Most of them had died in the sinking of the ships that carried them to mainland Greece, some others starved to death in German prison camps on the island (the famine severely affected also the civilian population of Rodos between 1944 and 1945).
Ninety were executed after the surrender, forty of them without trial.

Admiral Campioni, initially imprisoned in a prisoner-of-war camp in Poland, was later tried and executed for having defended Rodos against the German attack.