Autumn on the mountains of Albania is exploding with colours from a thousand trees. The smell of flowers, the humming of the bees, the birds chirping are all offering a unique experience to the visitor trekking the slopes and plateaus, away from modern civilisation. Yet, on those very same mountains, seven decades ago, Greeks and Italians fought to the bitter end. Wave after wave, Italian soldiers died on those slopes, while the casualties of the Greek defenders were significant too. “Not a single tree remained on the hill”, one Greek soldier recounted in his memoirs after the end of the 2nd World War. “The dead were often  left were they fell, we were all too busy killing the next wave of (Italian) attackers, or taking shelter from the bombs falling on our positions”. Italian researcher Riccardo Iacobini visited the WW2 battlefields and shared his experience and photos with www.ww2wrecks.com “… It was during our expedition in Albania in September 2017 that we were able to climb up the famous Hill 731, Hill “Monastero” and Hill 717. As soon as we were reaching the 731, coming from Spi Comarate, while carefully climbing up the hill, at about 150 meters behind the hill top, we clearly saw an 81mm shell just 10 meters from the main road. Of course, we thought that the recent rains of the previous days were able to excavate numerous artillery shells, mortar rounds, bullets and everything that still was under that bloody contested land. 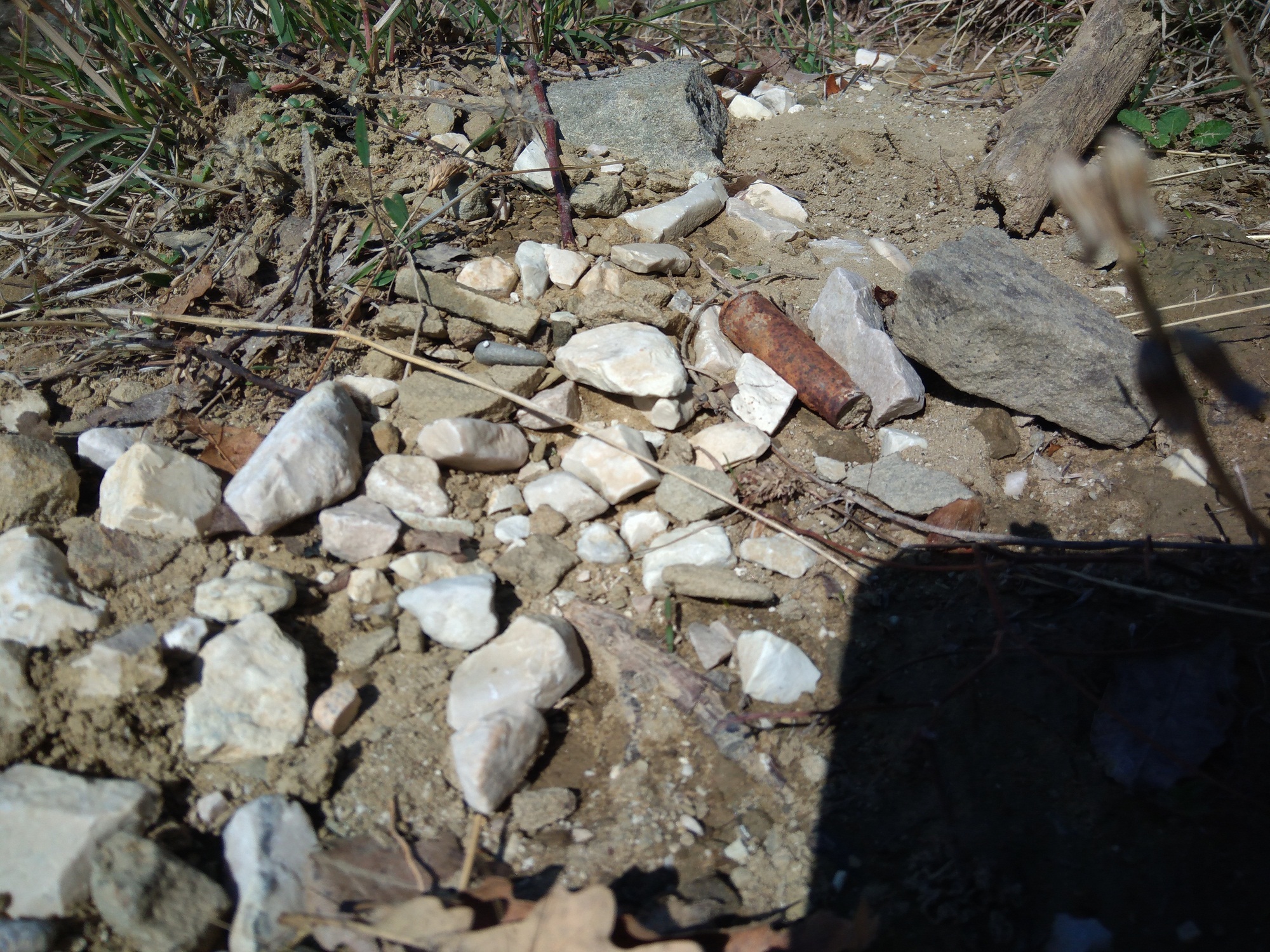 The fear of seeing a live 81mm round just meters away was real.. Slowly though we were able to reach the ordnance and look at it and photograph it. 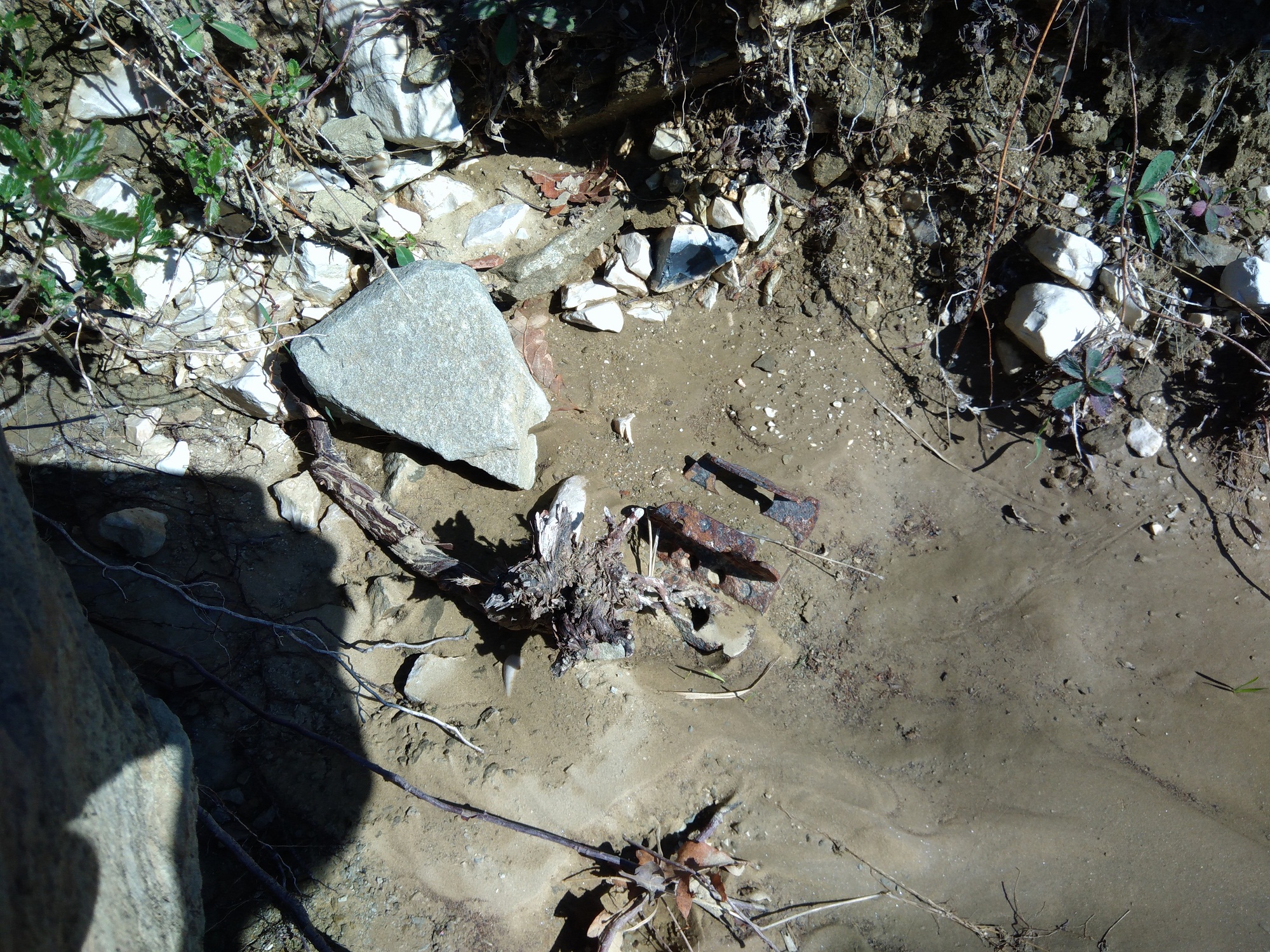 This was just the beginning. All around the area we found numerous artillery shells: 90% of them were, according to a general assessment, Ιtalian 75mm field artillery rounds which did not explode. We also found several 45mm Brixia mortar rounds and lots of small and big shell splinters all around the area that went from Hill 731 to Hill Monastero. 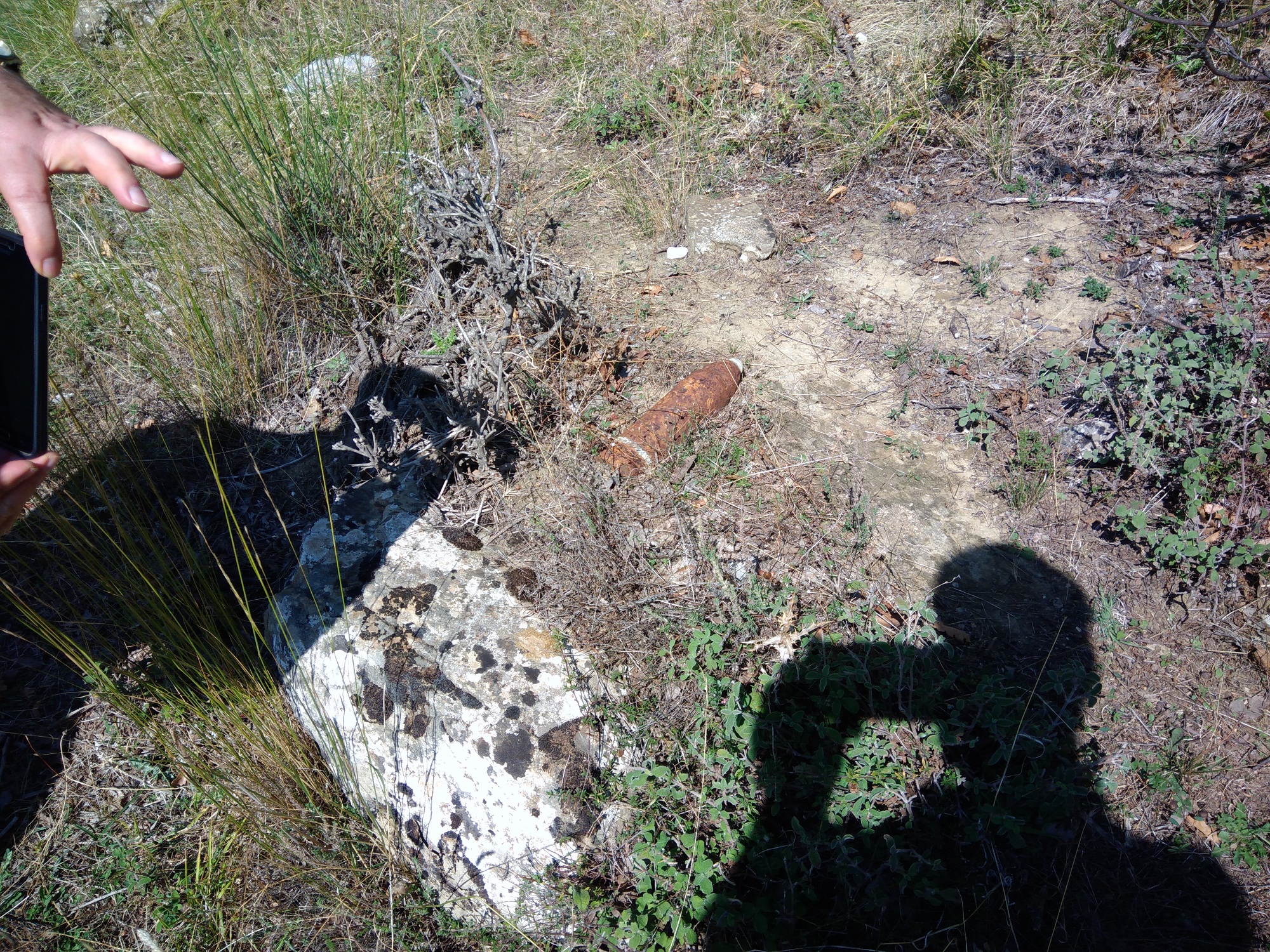 Numerous bullets were found on the area around the Hill 731, overlooking the Bubesit hills. This area is still covered by small trees and it’s actually quite dangerous to reach it and to visit it. 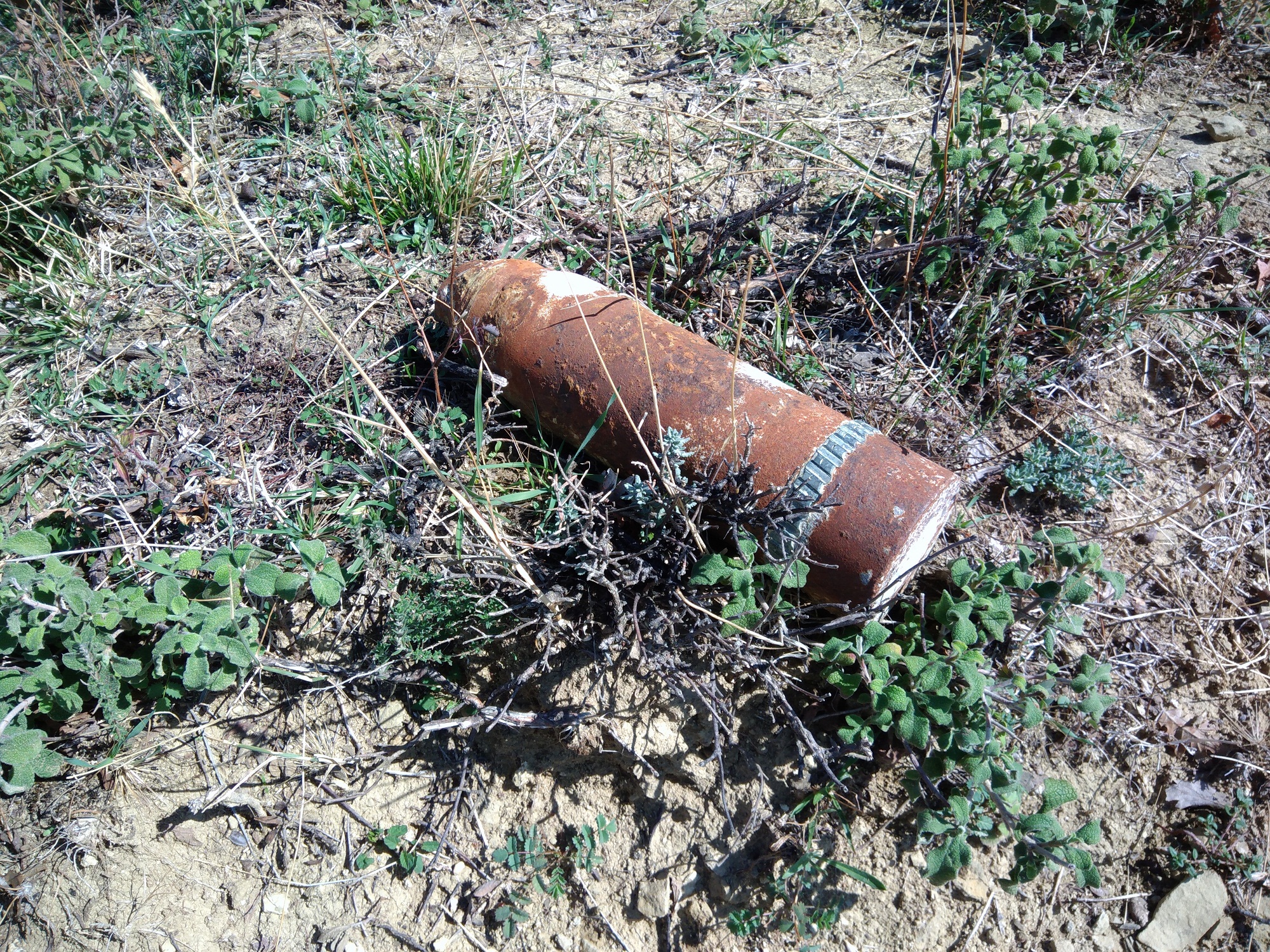 Hill 731 still has many trenches on the northeastern slopes and they are quite visible even to this day. 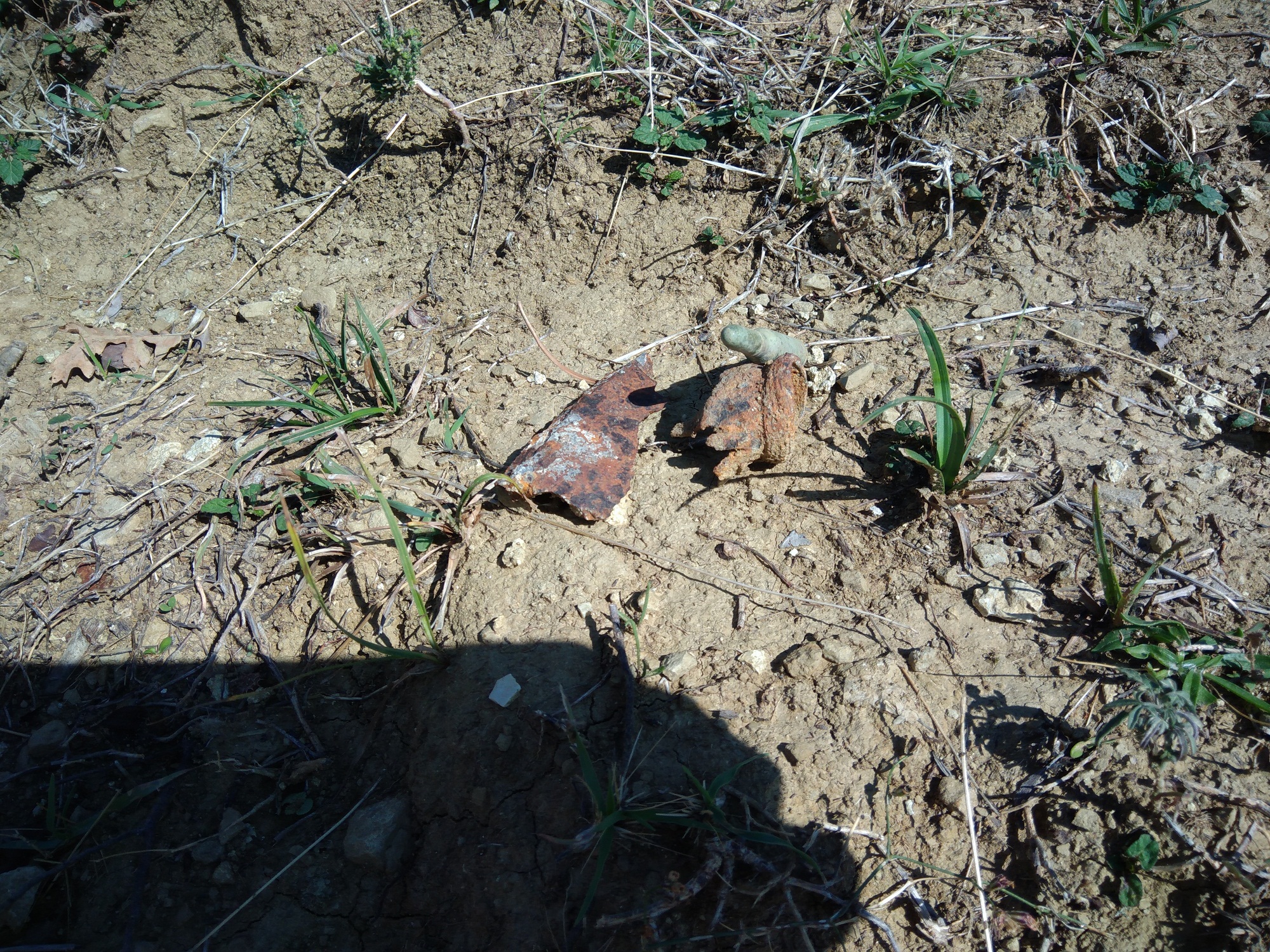 The impressing thing was to think about the narrowness of the frontline. The Greek and Italian troops were facing each other at a very short distance. It’s incredible to think about it and to imagine what a sad and cruel struggle it was for both sides. Probably the most impressive “meeting” we had was with 2 italian Mod. 35 SRCM hand granades, which were located just under Hill Monastero.
In that case, considering also that these hand grenades were still in a general good conditions, we were just quick in photographing them and went around them. In the span of a short distance hundreds of lives from both sides were spent, young people died. 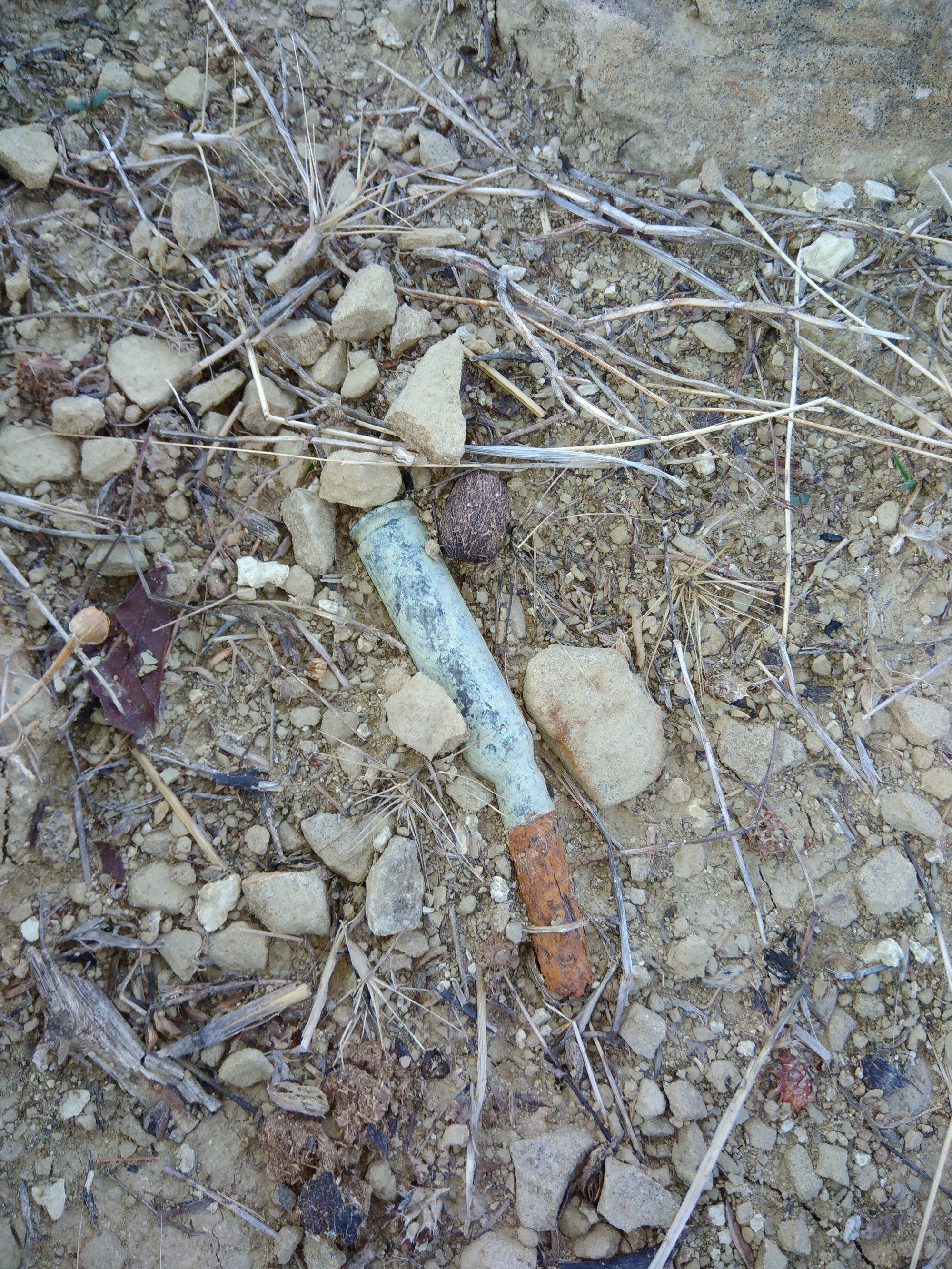 While we were descending from the area, we paid our respect to the Greek and Italian small monuments on the hill, remembering the fallen from both sides; the Greek monument at the top of hill 731, the Italian monument of the division “Puglie” not too far from it, towards Monastero. Today, it is a peaceful place; during the days of March 1941 it was hell on earth”, Mr. Riccardo Iacobini concludes 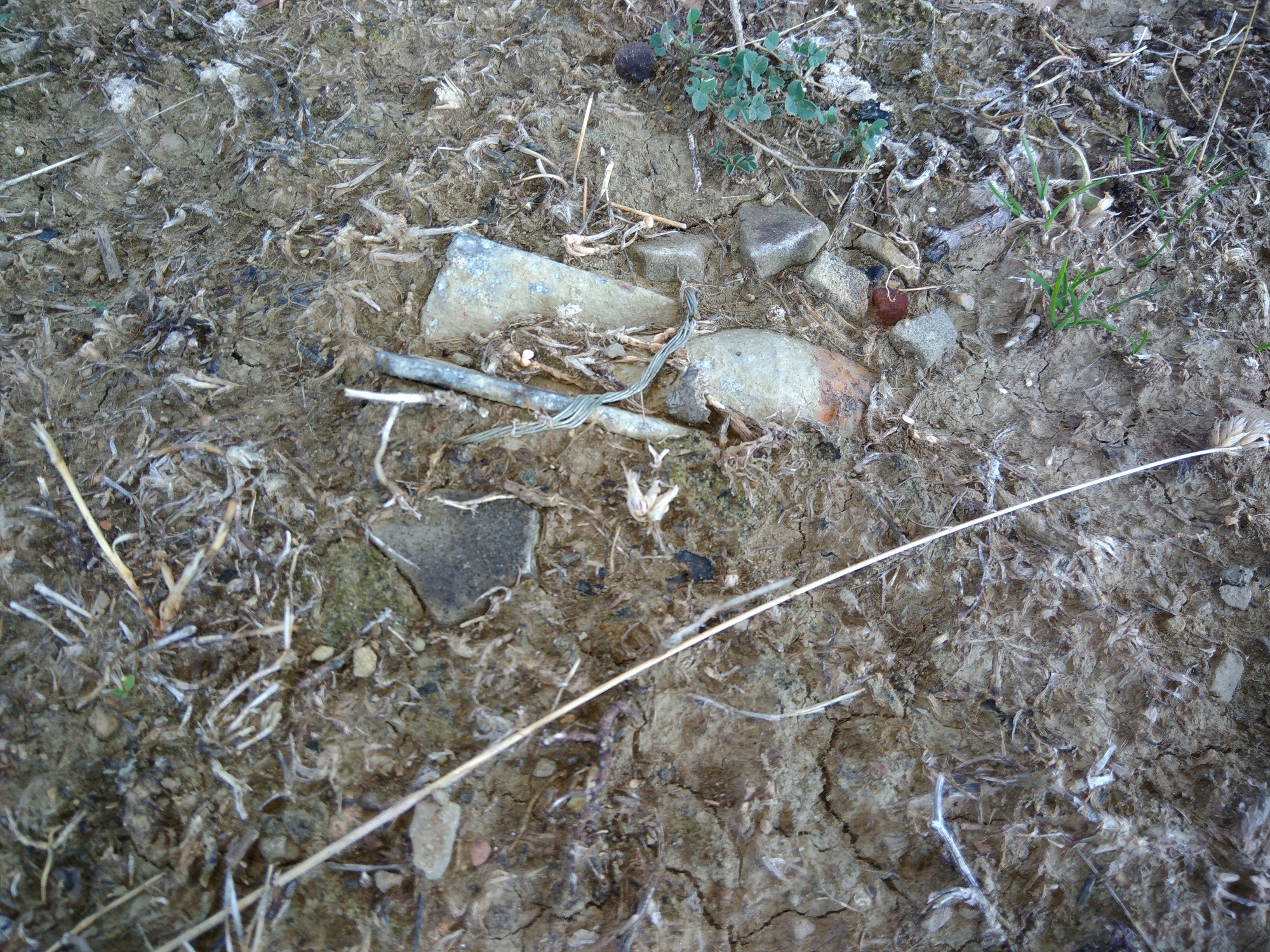