It is not unusual for soldiers to revert to religion during wartime, as the harshness of the battlefield, the danger of death at any given moment and the need to believe that God is blessing their arms and safeguarding them from death is a recurring theme since antiquity.

In that context, instances of “miracles” are not scarce and many soldiers truly believe they saw divine figures blessing their efforts.

Let’s take a quick time travel and go back to early March 1941:

Greek Warrant Officer Nikolaos Gatzaros of the 40th Evzone Regiment made an official report to the commander of the Battalion and mentioned the following:

“I was walking close to the Albanian village of Golem, when suddenly a woman appeared right in front of me. I immediately drew my pistol, but this woman reassured me and told me to report to my superiors that by Orthodox Easter the Greek soldiers would return home victorious.”

This was not unusual, as several other soldiers testified that they had seen Virgin Mary or Christian saints during the war with Italy.

Warrant Officer Gatzaros went on to report that he believed he saw Virgin Mary. 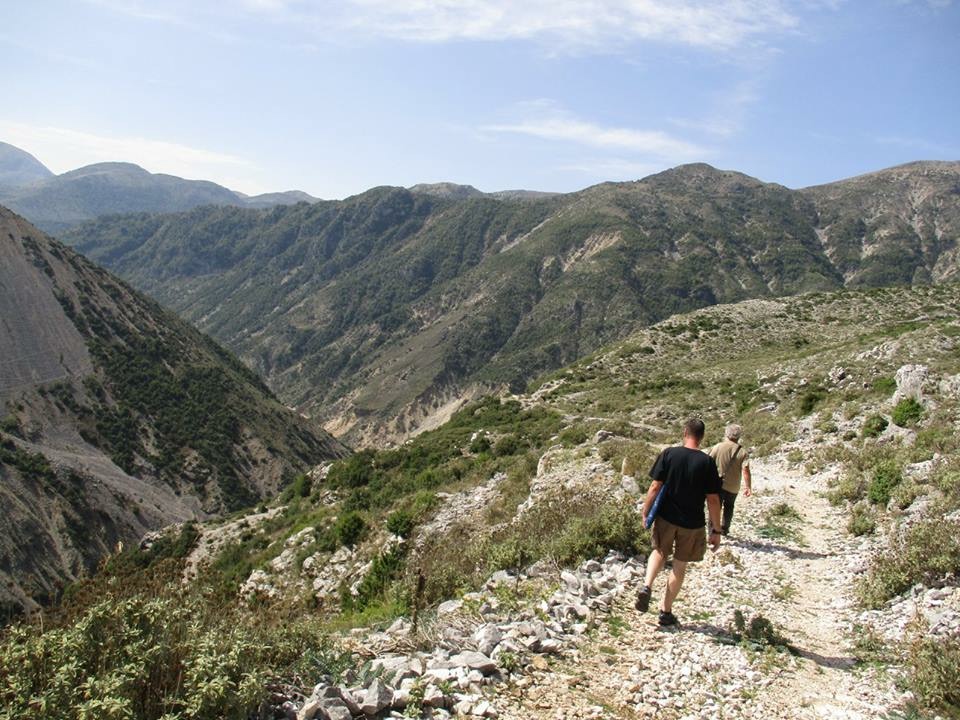 His report reached the higher echelons of the greek Army, finally arriving at the desk of the commander of the VIII Division Haralambos Katsimitros, who included this incident in his book “Epirus is fighting”.

This story quickly circulated among the fellow soldiers of Gatzaros and many volunteered to build a chapel at the exact point where he saw Virgin Mary, named “Panaghia tis Nikis” (“Virgin Mary of Victory”)

When the chapel was nearing completion, an icon of Virgin Mary was needed for it.

Yannis Tsarouchis, one of the most famous Greek painters of the 20th century, was with his Unit nearby and was asked to paint the icon, as he had done on many occasions before, when he painted portraits of his fellow soldiers.

Tsarouchis however declined to go to the exact spot, but he painted the icon of Virgin Mary on the lid of a wooden box of herrings.

Tsarouchis painted the Virgin Mary and the vision of Gatzaros and the soldiers who volunteered to build the chapel and then took a motorbike to go to the chapel himself.

As the Greek Army was retreating, because of the German invasion in early April 1941, Tsarouchis did not manage to reach the chapel and gave the icon to a gendarme.

That was the last time the icon was seen.

Tsarouchis was photographed right before he handed the icon to the gendarme and this is the only proof of the icon’s existence.

Let’s now roll back to… today:

Recently, the remains of the chapel were located near the village of Golem in Mali Spat,  south of Tepeleni and George Krikelas shared his photos with www.ww2wrecks.com .