Additional info and photographs by Dan Farnham, used by permission

Dan Farnham has been living on Kwajalein, working as a civilian contractor for the US Army, since December 2005.

Dan, along with a group of fellow history enthusiasts, is spearheading “The Kwajalein Missing in Action (MIA) Project” an all-volunteer team which is made up of 28 members, which fulfill such critical roles as research, side-scan sonar operations, diving operations, public relations, fundraising, and other tasks.

Movies such as Tora, Tora, Tora, Midway, and Thirty Seconds Over Tokyo, and others counted among his early favorites as well.

In addition, one of his hobbies for many years was scale modeling and before coming to Kwajalein he had already built dozens of models of World War II planes, concentrating in 1/48 scale.

Dan has undertaken a project of epic proportions, to document, dive and explore all known wrecks in Kwajalein Atoll, both US as well as Japanese aircraft, as a lasting tribute to the men killed during WW2.

Here is what Dan Farnham has to say to www.ww2wrecks.com

“When the opportunity came to take a job on Kwajalein, I jumped at the chance. The plan was to learn to scuba dive, and be able to dive on the many WWII shipwrecks and plane wrecks that I’d seen photos of on the internet.

Now I would have the opportunity to do it myself, instead of just looking at photos and videos taken by other divers. And the knowledge I’d gained over 20-some years of scale modeling had also armed me with a lot of knowledge of World War II aviation, and that knowledge would be greatly  increased once I began diving on the real thing and researching their histories.

This interest in World War II aviation, diving the wrecks, and the fact that I am a veteran myself, also led me to create the Kwajalein MIA Project (KMP). The mission of the KMP is to locate the sites of American planes from World War II which are believed to contain the remains of missing-in-action servicemen.

There are eight planes in the Kwajalein Atoll lagoon which are believed to contain remains of MIA servicemen, and thus far the KMP team has found four of them. We have a website where you can check out our project- www.kwajaleinmiaproject.us

But before I started the Kwajalein MIA Project (more on this in future articles), I spent about six years diving on known plane wrecks in the lagoon which had already been found over the years. That proved to be valuable training and experience.

In addition, in 2010 I became interested in side-scan sonar operations when I spent some time towing a side-scan sonar unit that had been brought out by a former Kwajalein resident. The idea of going and finding wrecks that had never been found before seemed like an “ultimate treasure hunt”.

So now, let me take you on a tour of the WWII plane wrecks of Kwajalein Atoll. I will show you both Japanese and American aircraft that went down during the war, or were dumped in the lagoon immediately after the war was over and they were no longer needed.

These plane wrecks provide a great glimpse into the past, and because Kwajalein is a restricted military installation, only a relatively few people ever get to see these wrecks in person. I hope that through this series of articles and photos, I can give you a sense of what it’s like.

Prior to the outbreak of World War II, the Marshall Islands were a Japanese-mandated territory, having been awarded to Japan following the defeat of Germany in the First World War.

Until the late 1930’s, the islands were ruled by a provisional civilian government. But starting in 1939, the Japanese military took over the administration of the Marshall’s and began fortifying several atolls, including Kwajalein.

Construction was started on an airfield on Kwajalein Island, although it was not yet complete when American troops landed on the island on February 1, 1944 during Operation Flintlock.

With all that aviation activity, it is inevitable that there would be wrecked Japanese aircraft on the lagoon bottom as a result of combat actions and other reasons. Of the nine known Japanese wrecks In the lagoon, seven of them are in the south part of the atoll off Kwajalein and Ebeye islands. The other two are in the north part of the atoll, off Gegibu and Roi islands.

“Why were Japanese aircraft referred to using American names? And who came up with the names that were used?”

Japanese aircraft names such as Reisen, Isshikirikko, and others were hard to pronounce by Allied pilots. Simpler names were needed to make it easier to distinguish among different types of Japanese aircraft that were encountered during the war by the Allies.

An intelligence team stationed at the Southwest Pacific Headquarters in Australia, led by US Army Captain Frank T. McCoy, Jr., was charged with coming up with the various codenames for Japanese aircraft during the war.

Because McCoy was originally from Nashville, Tennessee, some of the names are distinctly ‘hillbilly’ in origin. The system that McCoy and his team put into use proved to be a rather simple, effective system which greatly helped Allied pilots when they reported encounters with various types of Japanese aircraft.

The Japanese Navy used a designation system for their aircraft which consisted of a combination of letters and numbers, based on the aircraft manufacturer and major sub-type. For example, the famous Zero fighter carried the designation of A6M. 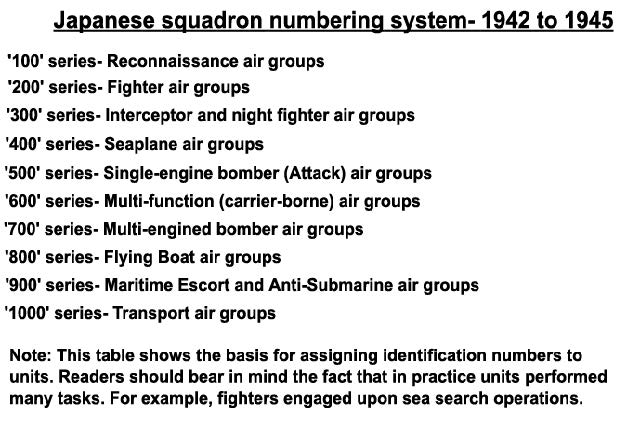 Numbers following the ‘M’ designated the major sub-types, such as A6M2, A6M3, A6M5 and so forth. Other types of planes operated by the IJN followed a similar designation system, and we will explore those as this series moves forward in its coverage of Japanese aircraft in the Kwajalein Atoll lagoon.