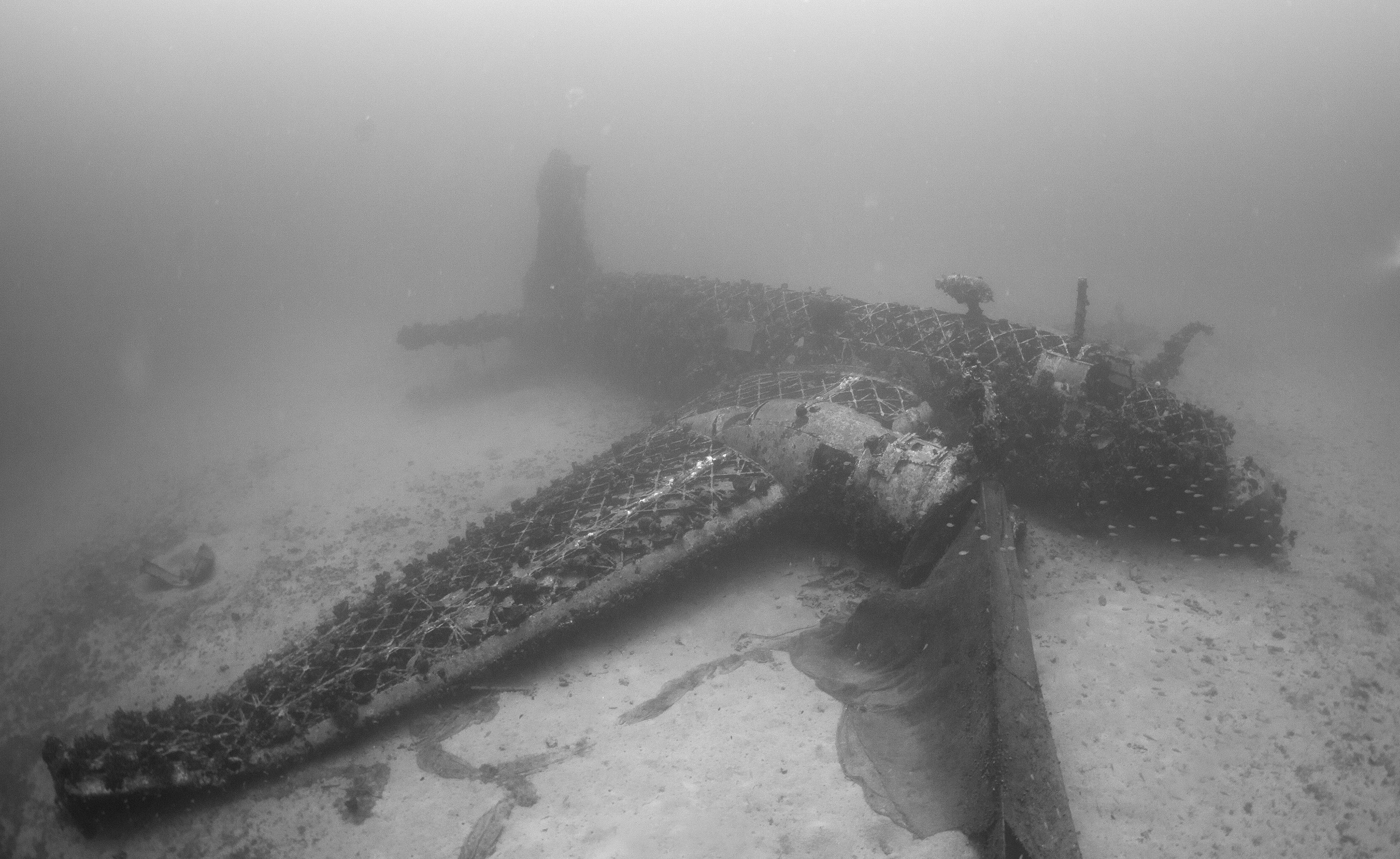 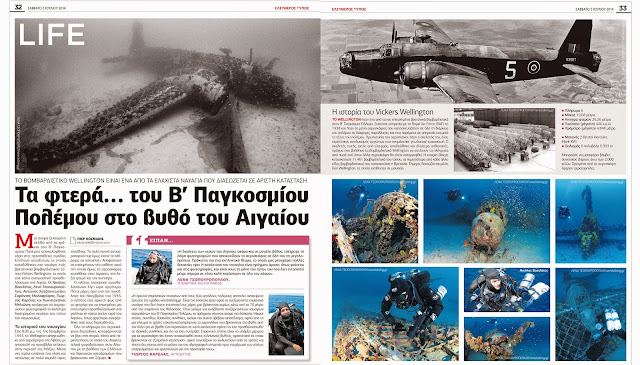 The Vickers Wellington bomber found in Sifnos Island at the Cyclades, Greece, is one of the few wrecks of its type -if not the only one- that is preserved in such an excellent condition.

Another forgotten page from the years of World War II was discovered thanks to the efforts of a team of Greek divers who located and identified the wreck of a Vickers Wellington British bomber, which ditched in the Aegean back in 1943. 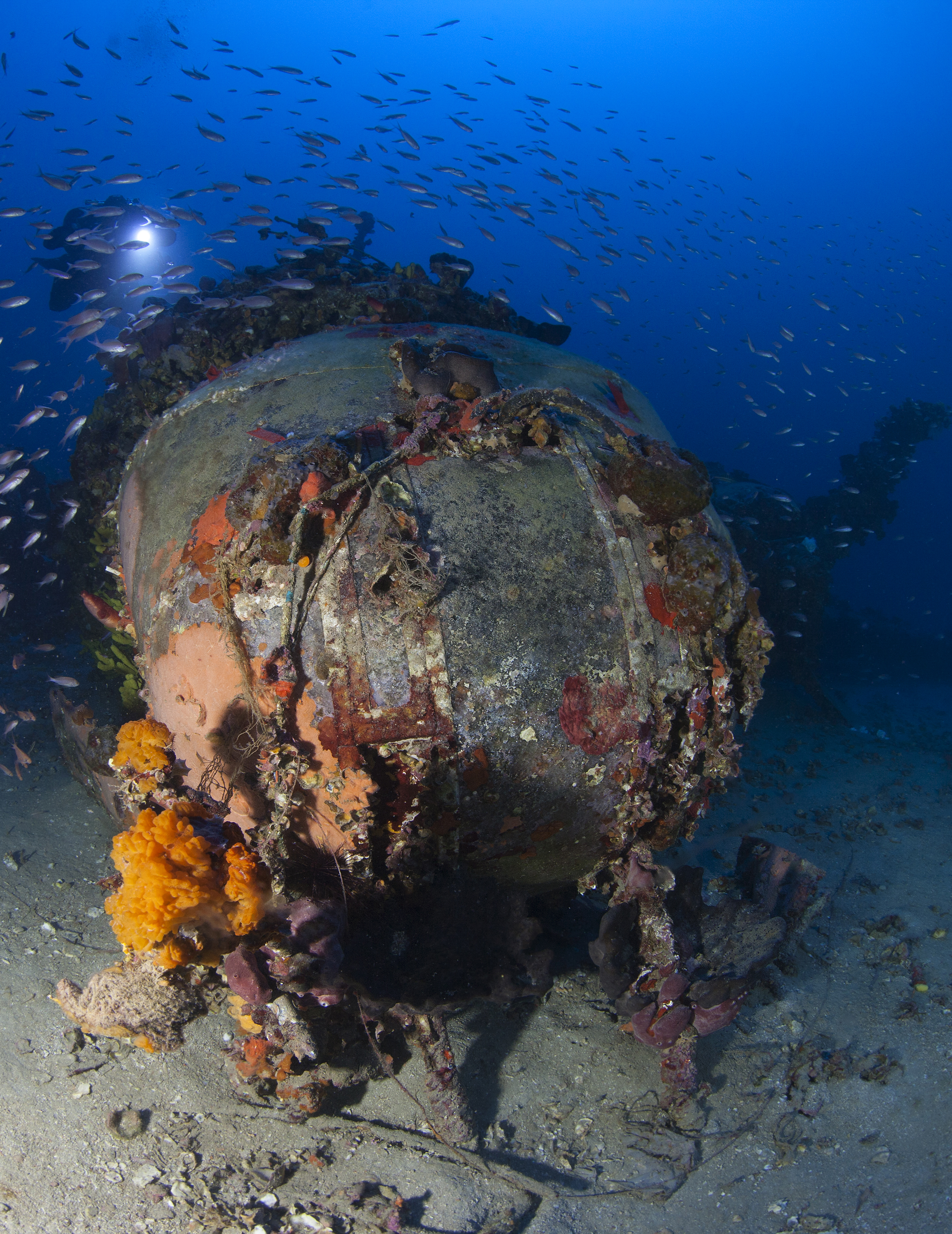 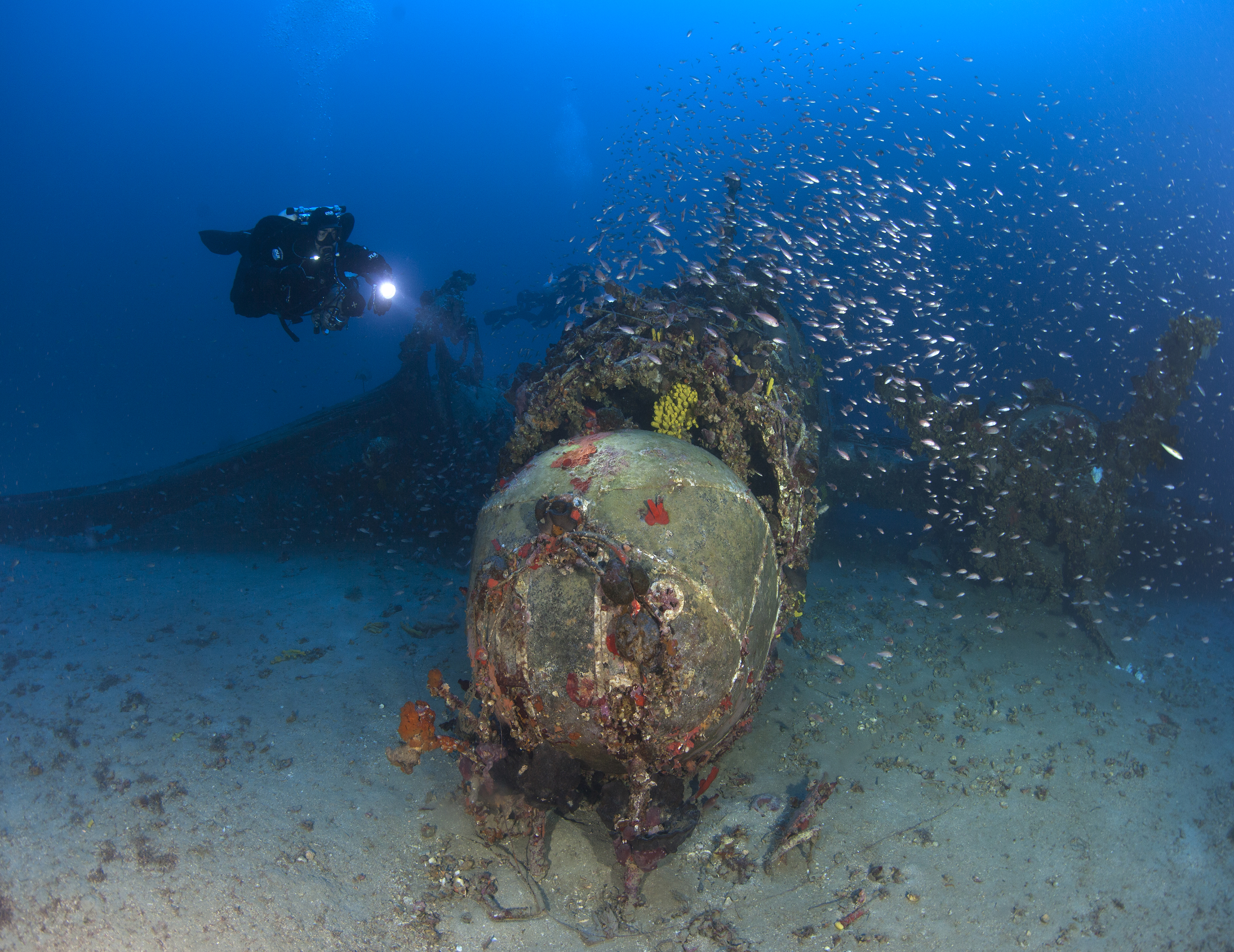 The historic aircraft wreck
At 8.00 pm, on November 7, 1943 the twin engined bomber took off from Libya, with a mission to attack nazi shipping in Naxos Island, Cyclades, Greece. 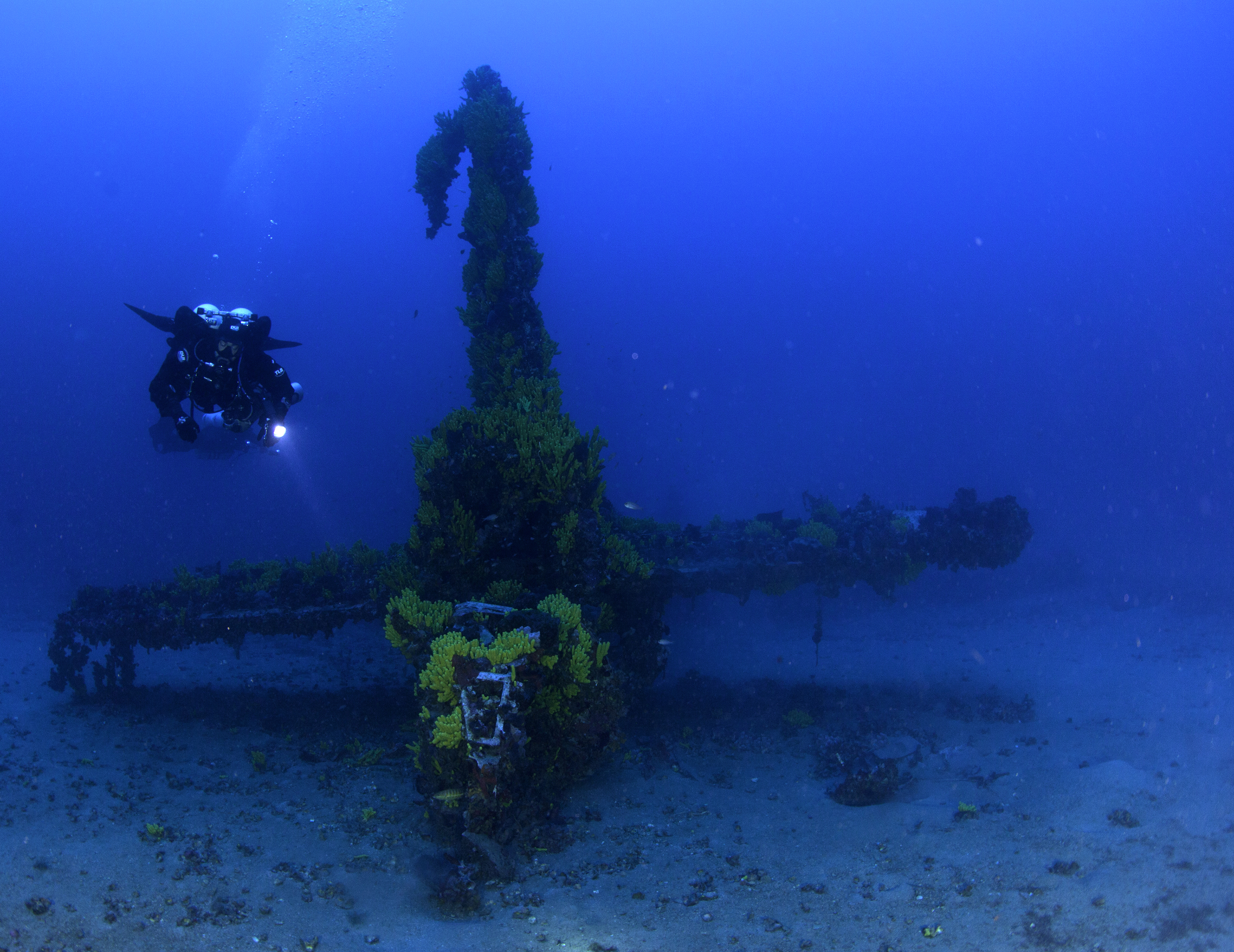 A ship was detected at the port of Naxos and flying at a very low altitude the aircraft began its attack.
They faced very dense antiaircraft fire but the crew decided to try a second attack during which flak hit the the fuselage, the right wing and the engine. 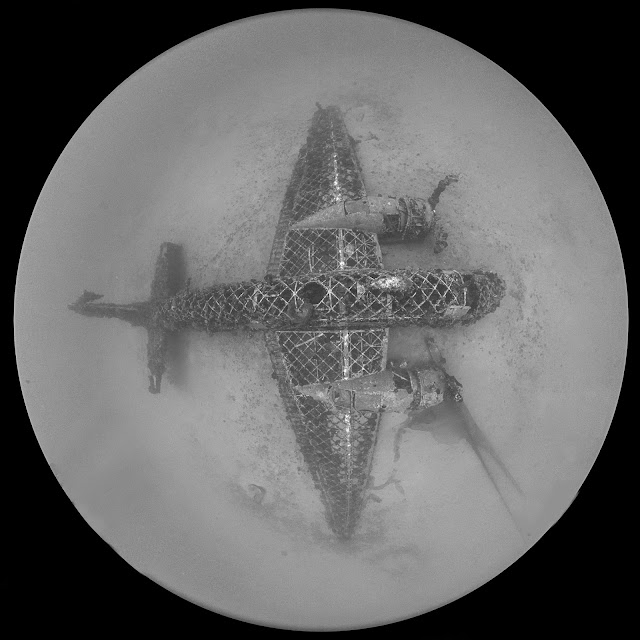 The pilot tried ditching some time later.
Five days before the full moon of November 1943, the pilot had enough light from the moon to attempt a successful ditching at sea, close to the island of Sifnos, Cyclades, Greece in the calm night of the Aegean Sea, as later reported by survivors.
All of the crew of the aircraft survived, managing to come ashore.
After wandering in the Aegean islands, they eventually escaped to Egypt with the help of Greek and British commandos who were in the nearby island of Serifos.

LENA TSOPOUROPOULOU, underwater photographer:“The clarity of the Aegean waters, even at a great depth, allowed taking pictures depicting the aircraft in all its splendor.
It is an amazing spectacle, which takes us many decades ago. The situation of the wreck is indeed optimal, as shown in the pictures and is probably the only of its type worldwide that has been identified so far in such good condition.”
GEORGE KARELAS, diver: “The research of important wrecks of the two great wars is our target at wreckdiving.gr.
It is a difficult task since major unexplored shipwrecks that have not been identified nowadays lie mostly below 70 meters under the surface of the sea. When we talk about searching undiscovered wrecks of airplanes of WWII things become even more difficult. 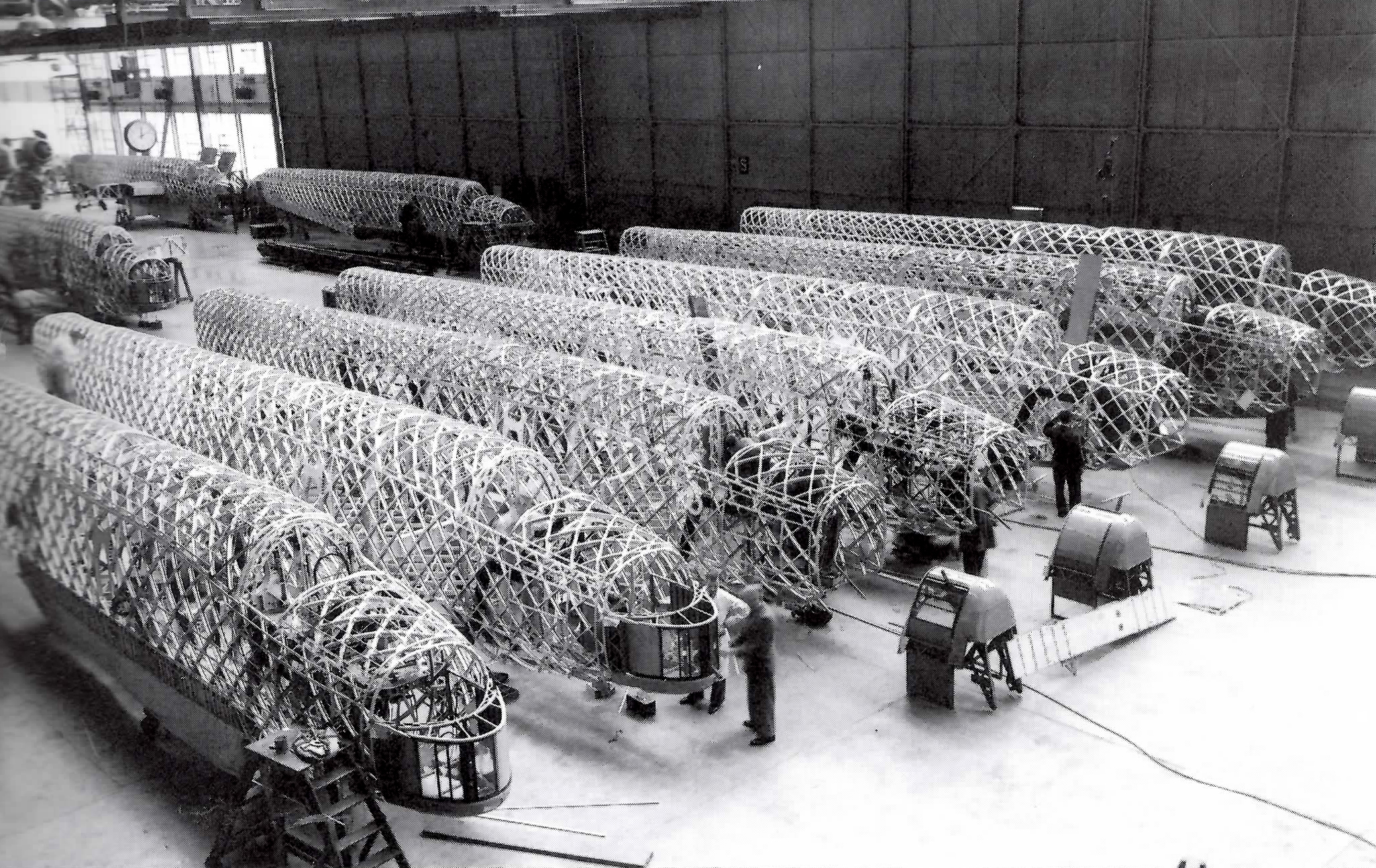 Small targets, usually difficult weather conditions, even more frequently uncertain outcome, since on the one hand trawlers easily destroy airplanes which are at the bottom and to find an aircraft in good condition, it has to ditch smoothly into the sea in ideal conditions and not to have crashed.

It is also important for aircrafts that have been discovered at the Greek seas that they are still at risk from trawlers and nothing is done by the state and the hydrographic service to inform professional fishermen and amateurs for their protection”.

Bob started Adams Rent-All in 1967, with his first store on Avenue Road. The business grew to include six stores in the Toronto area.

He retired in 1989 upon selling the business. An active member of the Rental Association of Canada until his death, he served as president in 1973 and 1974.

The son of Dr. Frederick Adams and Essie (nee Watson), Bob was a Flight Lieutenant in the Royal Canadian Air Force.

In November 1943, his Wellington aircraft (Wellington Mk.XIII MP705, 303FTU, 3OADU, 38Sqn. Missing Naxos, 07/11/43) was shot down while bombing a ship in Naxos harbour, Greece, and for the next six weeks he and his crew evaded enemy capture before returning to Allied territory.

In 1965, he became a member of the newly formed Royal Air Forces Escaping Society (Canadian Branch).

Its 140 members were Canadian airmen who, after being shot down over Europe, escaped or evaded capture with the help of the underground.

The Society’s purpose was to honour and assist the individuals who guided airmen to safety, and who often suffered from imprisonment and torture as a result.

Bob was president of the Society’s Canadian Branch in 1995 and 1996. Bob is survived by his loving wife and best friend, Joan (nee Berkeley); his children John, Patricia, and Mary; his sons-in-law, Lawrence Solomon and Steve Douglas; and his granddaughters Essie and Catharine.

He will be missed dearly by them, and by his many friends. Bob is predeceased by his brothers, Frederick Coulson and John Charles, both R. C. A. F. pilots, who were killed in action in 1941 and 1945.

A celebration of Bob Adams’ life will be held on February 23, at 2900 Yonge Street. All who knew him and his family are welcome to drop by, anytime from 1: 00 pm until 5: 00 pm. If desired, donations can be made to Toronto’s West Park Healthcare Centre in Bob’s memory.

Vickers Wellington
The Wellington was one of the most successful British bombers in the Second World War.
It began service with the Royal Air Force (RAF) in 1938 and was the only aircraft manufactured throughout the war in different variations and remained in service after the war ended.
The originality of the aircraft was its frame, made of a complex combination of triangles named geodetic construction.
The frame, other than light-weight, proved particularly durable, which helped the Wellingtons to withstand the blows whereas other aircraft would have been destroyed.
Vickers built 11.461 bombers of this type, most of any other type of bomber built by Britain. Today, only two surviving Wellingtons are exposed in museums.
Crew 6
Length 19.68 meters
Wingspan 26,26 meters
Speed (maximum) 400 kph
Altitude (max) 4848 meters
Engines 2 Bristol Hercules Mark XVII
Armament six machine guns 0.303 in
Could carry bombs weighing a total of more than 2000 kg. Some of the aircraft carried an air torpedo.
727
3105
1183
1016
1094
865