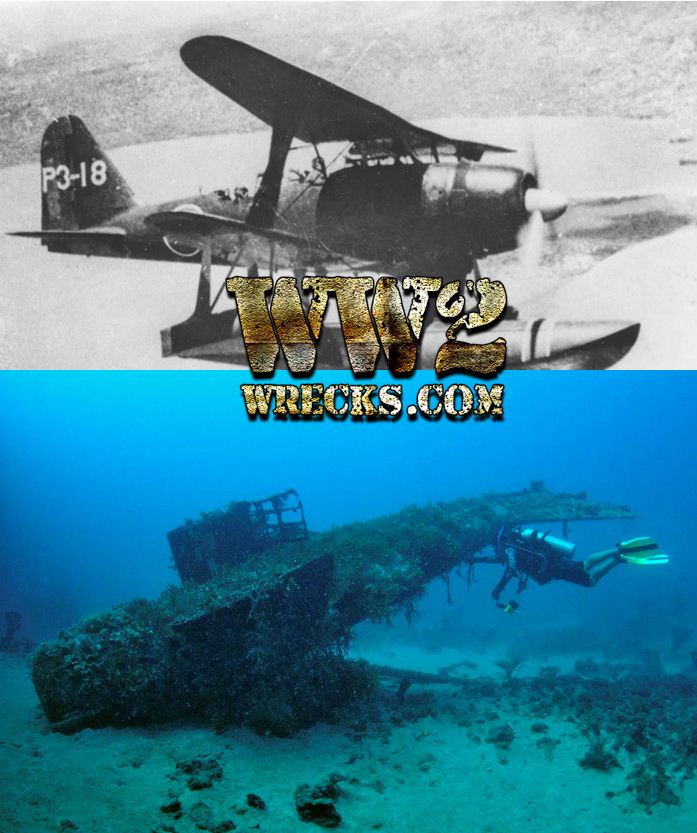 CLICK THE LINKS BELOW TO READ THE FOLLOWING STORIES

The WW2 Pacific Treasures of Kwajalein Lagoon by Dan Farnham PART 3 – “Gegibu Betty”, the Japanese G4M bomber found in an uninhabited island of the Pacific

Researcher and author Dan Farnham, based on Kwajalein island in the Pacific Ocean, offers us a unique glimpse into the past: This now serene environment was once the setting of bitter fighting to the end. Untold stories of sacrifice were written on the numerous islands of the Atoll, in the skies above them and in the seas around those tiny specks of land in the vast expanse of the Pacific.

Now, thanks to Dan Farnham, many such largely forgotten episodes of World War 2 in the Pacific come back to light. Dan painstakingly puts together these stories, bit by bit, adding to our collective knowledge and above all allowing us to never forget that wars are being fought by men, who irrespective of their affiliations back in the 1940s, fought and many of them died for their countries and their honor.

The newest episode, as researched by Dan, illustrated by his wonderful underwater photos, used by permission on www.ww2wrecks.com is about a sea plane wreck, located just off a shipwreck, combining two wreck dives in one. It may look like an obsolete biplane, but the “Pete” was a fearful opponent, not to be taken lightly.

In late 1934, the Japanese Navy issued a 10-Shi specification calling for a catapult-launched, short-range observation seaplane which was to replace the E8N1 observation biplane already in service. Aichi, Mitsubishi, and Kawanishi were given the specification, and in the end Mitsubishi won the design contest.

The aircraft designed by Mitsubishi was a biplane, and it had a central float with two outboard stabilizing floats at the wingtips. It carried a crew of two seated in tandem, consisting of a pilot and a rear-gunner. It was armed with two 7.7mm machine guns in the nose, and a single 7.7mm machine gun on a flexible mount in the rear cockpit.

In addition, it could carry a 132-pound bomb under each of the lower wings. It had a length of just over 31 feet, and a wingspan of 36 feet. The maximum speed of the plane was 230mph and it had a range of 460 miles. The plane was powered by a 9-cylinder, 820 horsepower ‘Hikari’ radial engine. 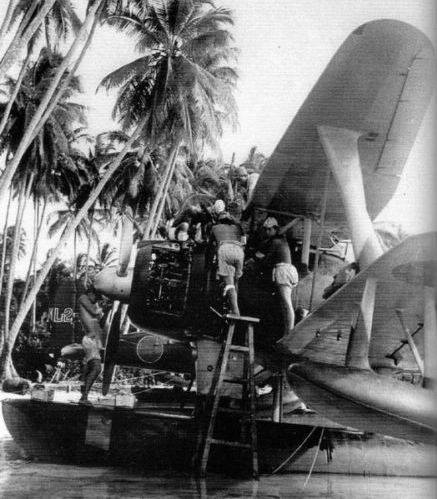 In the short-designation system used by the Japanese Navy, the first prototype was given the designation of F1M1. The ‘F’ was the project letter given to observation seaplanes, the ‘1’ meant it was the first observation seaplane accepted into service with the Japanese Navy, the ‘M’ indicated it was built by Mitsubishi, and the last ‘1’ indicated the production version of the plane.

Only four F1M1’s were built. The first flight took place in June 1936. Testing revealed that the F1M1 had a strong tendency to porpoise on the water, and in-flight directional stability was poor, so Mitsubishi redesigned the aircraft to eliminate the problems.

The improved version was powered by a 14-cylinder, 875 horsepower ‘Zuisei’ radial engine. It had redesigned wings, a better cowling for the engine, larger tail surfaces, and the wing dihedral was increased from two to three degrees. Handling characteristics were markedly improved on the water and in the air as a result of the changes.

In 1939 the improved design was ordered into production by the Japanese Navy as the F1M2, and this version was the major production version during the war. It was the last biplane type of the Japanese Navy, with a total of 1,118 built between 1936 and 1944, including the four F1M1 prototypes.  It was also one of the few combat biplanes in production, world-wide, of any nation during World War II.

The F1M2 was standard equipment on battleships and cruisers, and it was assigned to a number of island bases throughout the Pacific. While most Japanese seaplanes served the Navy’s mission as long-range reconnaissance aircraft, the F1M2 was in a class by itself- it was the only short-range observation seaplane accepted into service by the Japanese Navy. A limited number of F1M2’s were converted for the training role, and they were designated as F1M2-K.

The F1M2 was originally intended to be a catapult-launched observation float plane which specialized in gunnery spotting. But because of its exceptional maneuverability, the F1M2 took on a number of additional roles including area-defense fighter, convoy escort, bomber, anti-submarine patrol, maritime patrol, rescue plane, and transport.

The F1M2 fought dogfights in the Aleutian Islands, Solomon Islands, and several other areas of operations throughout the Pacific. It provided the Japanese Navy with a very versatile operations platform, and it earned itself a very commendable war record. In spite of its design as a biplane, which was considered an obsolete design by the time World War II began, the exceptional maneuverability of the F1M2 meant it was not an opponent to be taken lightly when encountered in combat.

Among the Japanese freighters which were sunk at Kwajalein Atoll during World War II is the Shoei Maru, which was at anchor in the lagoon just off Kwajalein Island, on December 19, 1943. The Shoei Maru had arrived at 2pm that afternoon. Just a few hours later, before any of the cargo could be off-loaded, the ship was sunk during a night attack by a lone U.S. Navy PBY-5 ‘Catalina’ of VPB-72, which was flying from Tarawa in the nearby Gilbert Islands (today known as Kiribati).

The attack happened around midnight, and the ship was hit by a single 500-pound bomb which blew the stern off. According to captured documents, the Shoei Maru sank a short time later between 2-2:30am, coming to rest upside down on the bottom of the lagoon.

The identity of the Shoei Maru was confirmed by intercepted communications, and POW reports following Operation Flintlock. The wreck was found in 1965, not long after scuba diving was introduced to Kwajalein.

The wreck is less than one nautical mile from the Kwajalein harbor, and it is most commonly known to divers as the “O-buoy wreck”. It is not visited as often as other shipwrecks in the lagoon- because it is upside down, there is little to see compared to other shipwrecks which are either sitting upright or lying on their sides.

But for divers who are also interested in World War II aviation, there is still a great reason to visit the Shoei Maru– lying next to the wreck is the fuselage of a F1M2. The plane was possibly destined to become a part of the 952nd Kokutai (Naval Air Group), which had a detachment stationed on nearby Ebeye Island.

The fuselage lies on its left side, about 50 feet from the shipwreck, at a depth of 130 feet. All that is left of the plane is the fuselage and inner wing sections. The propeller, outer main wings, horizontal stabilizers, and floats are nowhere to be found. They are most likely inside one of the cargo holds of the ship, never to be seen again.

Although it’s not a complete airframe, the fuselage of the F1M2 still provides a great dive for history buffs, and an up-close look at an example of one of the few combat biplane types in service during World War II. 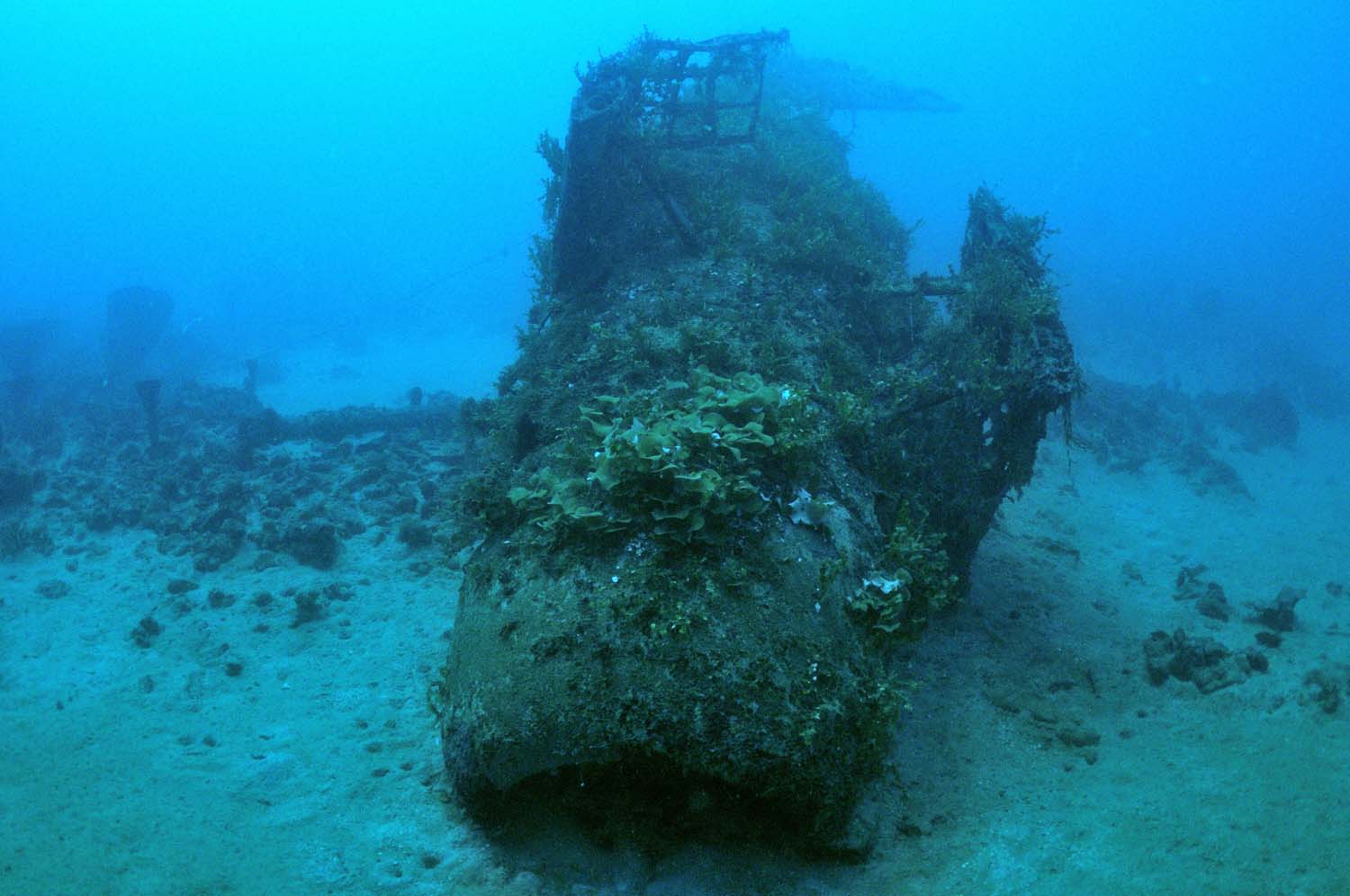 (Dan’s note: Οfficial Japanese records list the Shoei Maru as a 3,099-ton freighter, not 10,000 tons as described in the account above)