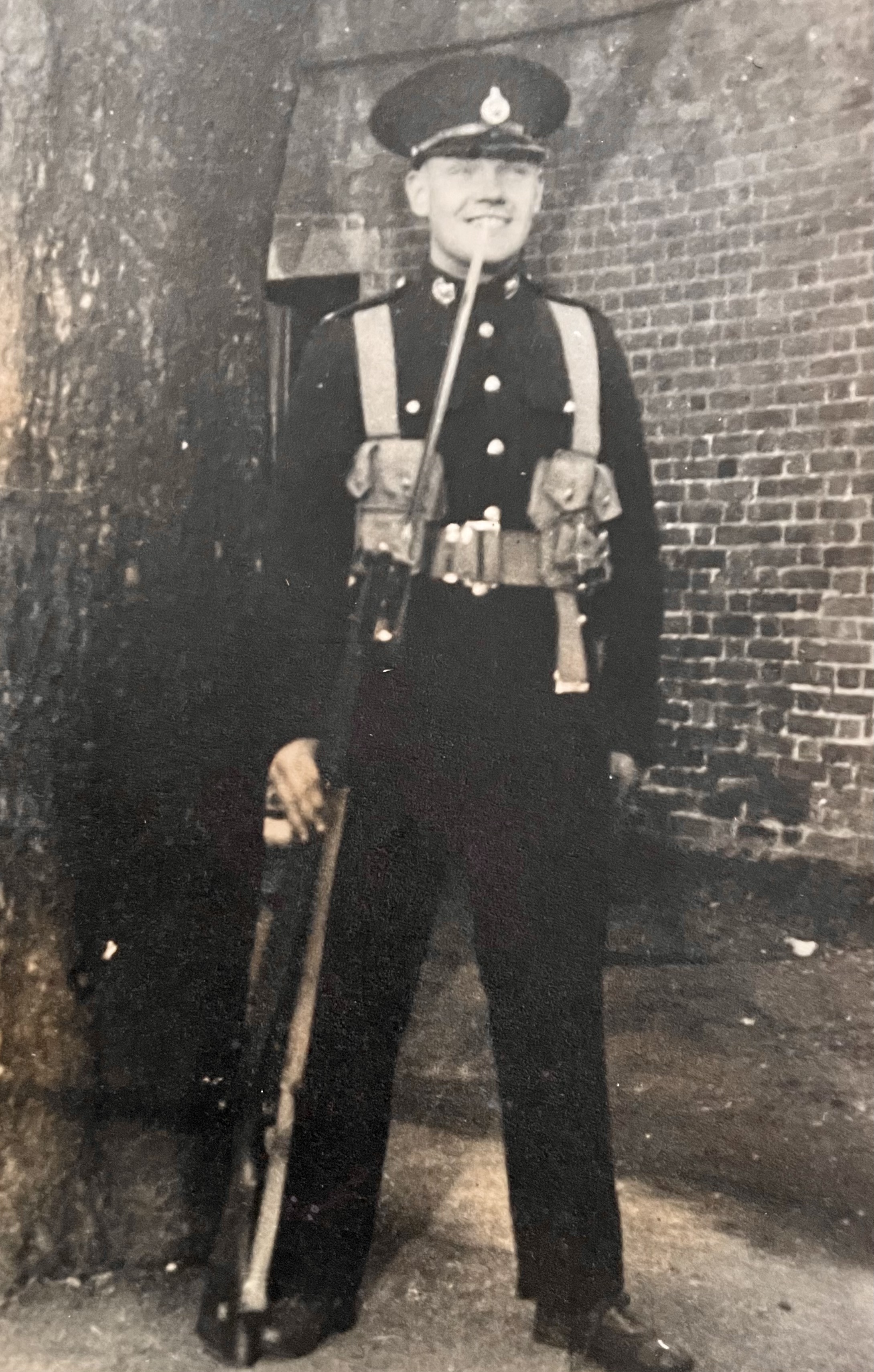 Info and photographs submitted by Kathy Mudge, used by permission.

77 years have passed since the end of World War Two in 1945, but still memories of the men who served, haunt their families. Questions remain unanswered, information remains missing and the veil of decades now covers the memories. 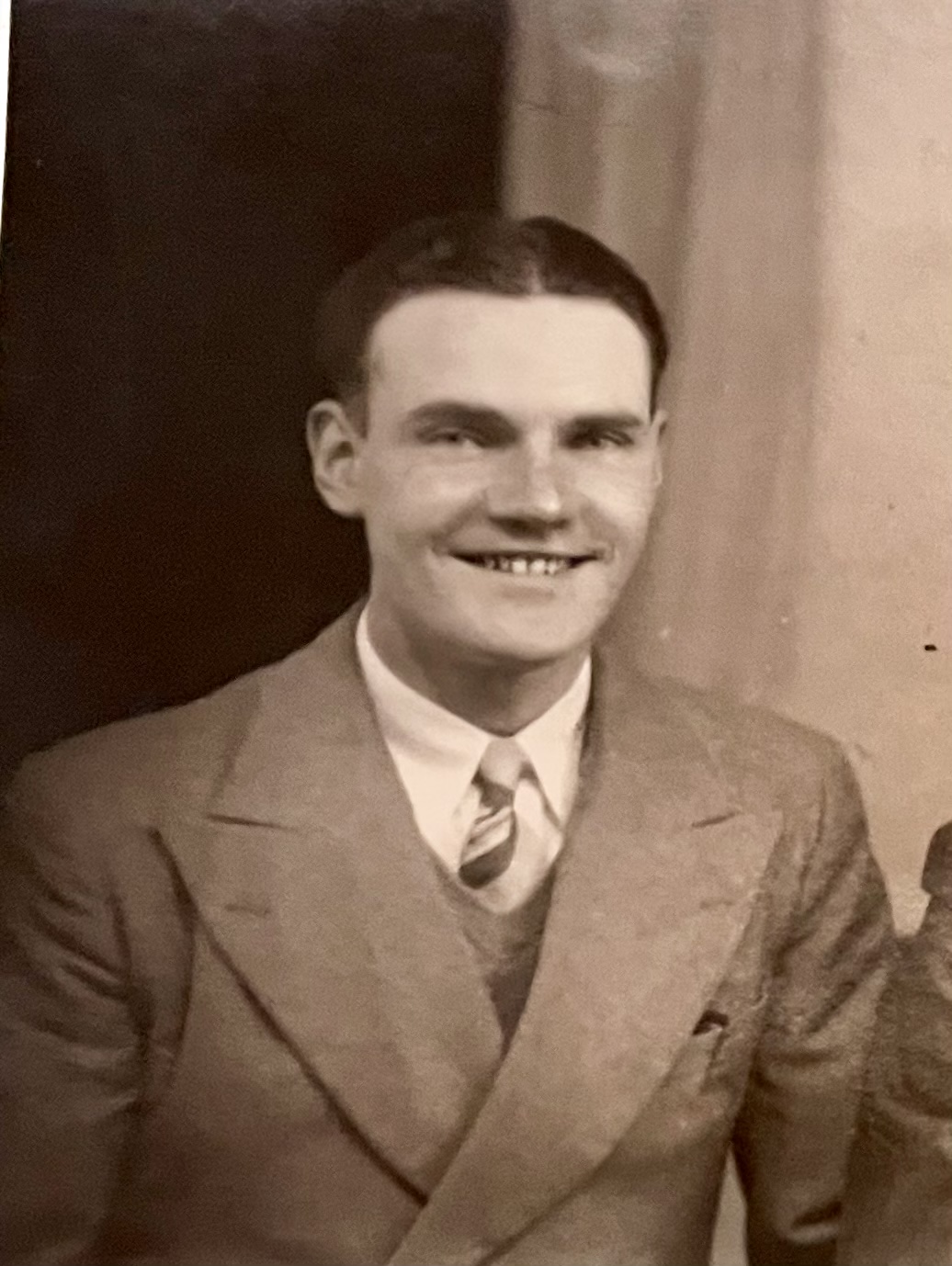 One such mystery is the Odyssey of John Gordon Petrie, born in Aberdeen, Scotland, on 11 April 1917.

Petrie served with the Royal Marines and joined the SBS (Special Boat Service), a unit that excelled in covert operations during World War 2. 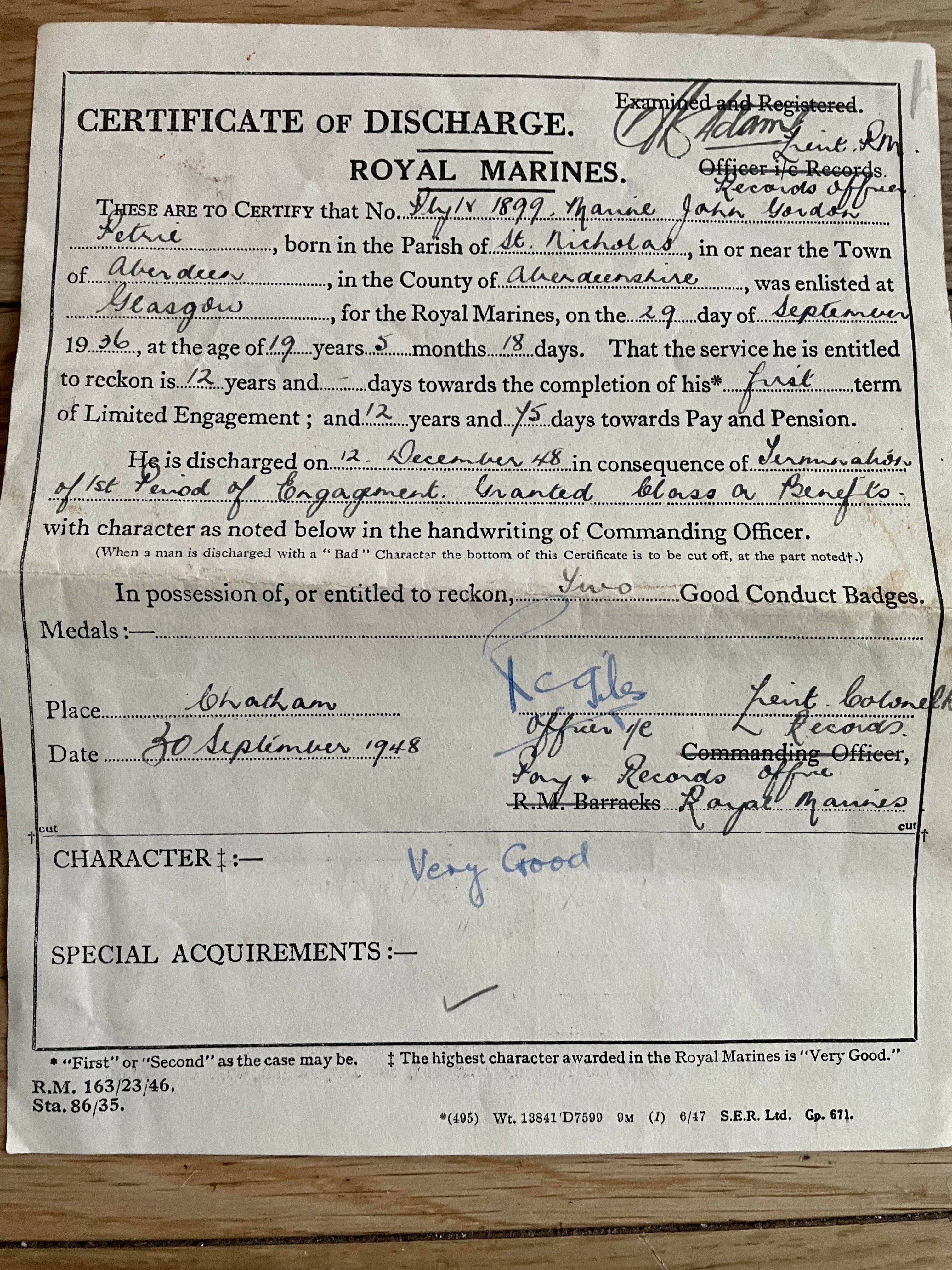 According to what John Gordon Petrie said to his sister years after the War was over, he participated in a mission to Crete island, which was under German occupation at the time.

Petrie and his group probably arrived by submarine from Egypt close to the shores of Crete and then used canoes to get to the beach. Petrie did not disclose any more details as to the specifics of his assignment with his family. He refrained from talking about his war experiences with his children. 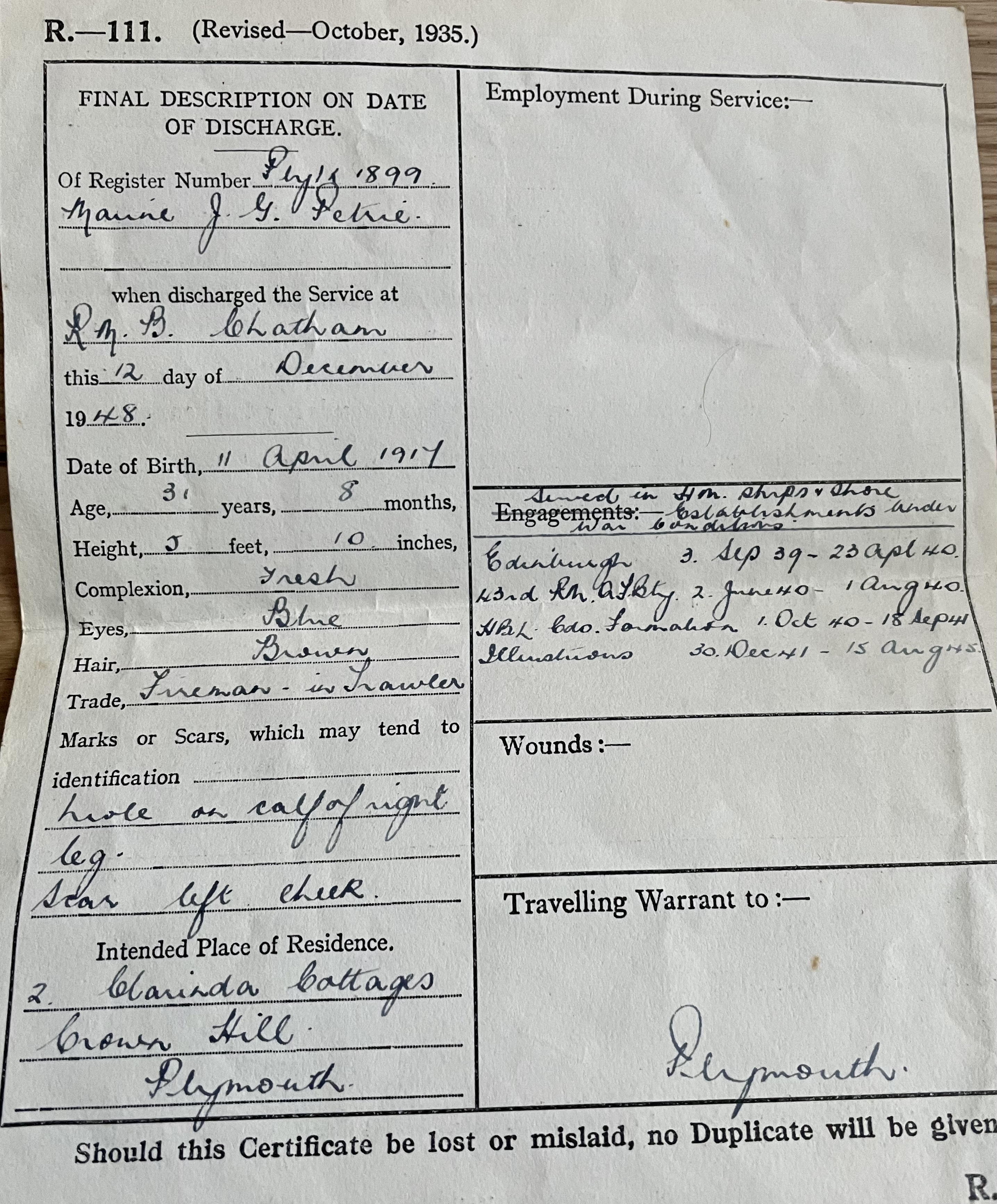 Back then, during World War II, Petrie’s family were told he was missing in action presumed dead. Just imagine the pain and agony of the family, not knowing exactly what happened to their beloved husband, father and son, for months in a row.

Then, after almost a year had passed, some splendid news were communicated to the family: John Gordon Petrie is alive, living in Crete as a local, with the help of Greeks, who sheltered him, offered him food and a safe hideout from the Germans. 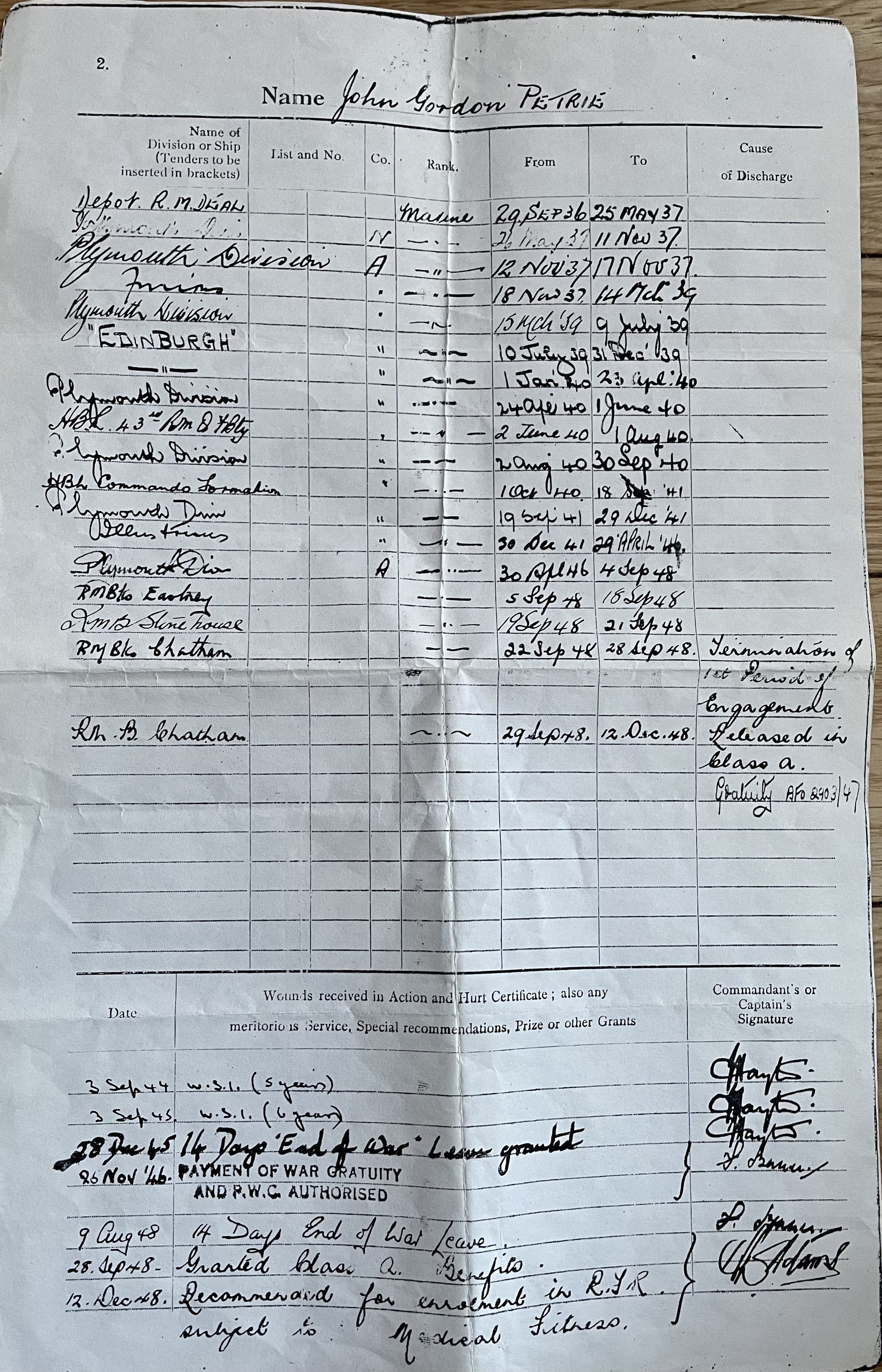 Now, Mrs. Kathy Mudge, the daughter of John Gordon Petrie, contacted www.ww2wrecks.com, in order to find out as much as possible on her father’s Odyssey in Crete.

There are more questions than answers:

Where did Petrie hide?

When did the SBS operation in Crete take place and what was its target?

Why did Petrie stay for a year in Crete?

How did he manage to make it back to Egypt and when?

All these are questions that need to be answered, in order for Mrs. Kathy Mudge to fill in the gaps in her father’s story.

Anyone who has any bits of information on the above questions, please contact www.ww2wrecks.com

Because History is written by men and women who were there during the War and their families who keep on looking for answers, 8 decades after the war was over.