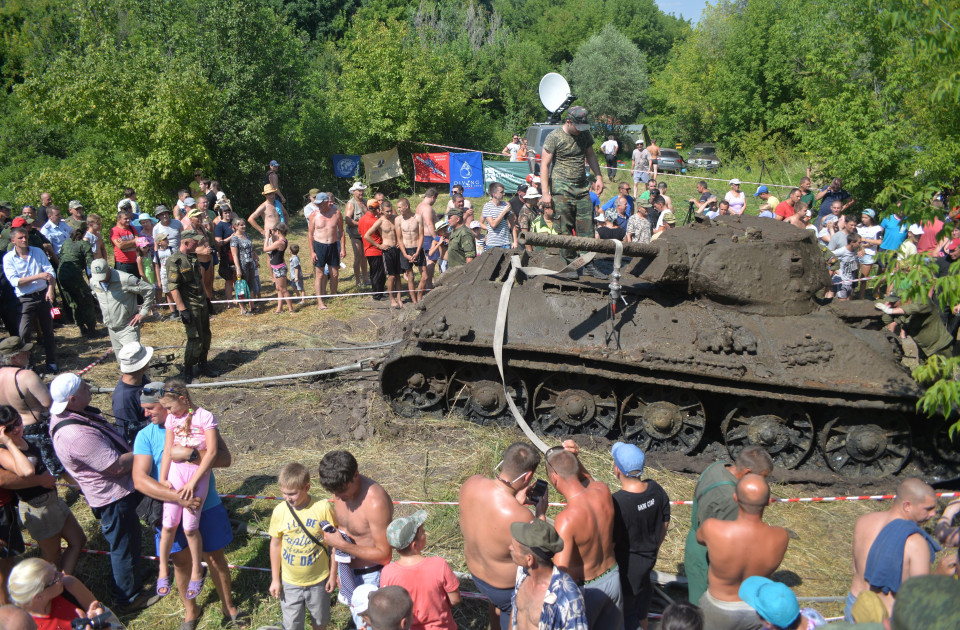 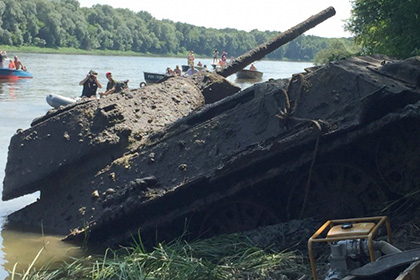 A Soviet T-34-76 tank produced at the Stalingrad Tractor Factory has been retrieved from the Don River in south Russia.
The operation to recover the WWII Soviet tank was carried out near the village of Ukrainskaya Builovka in the Voronezh Region by specialists of Patriot Park in the Moscow Region, servicemen of Russia’s Western Military District and divers. 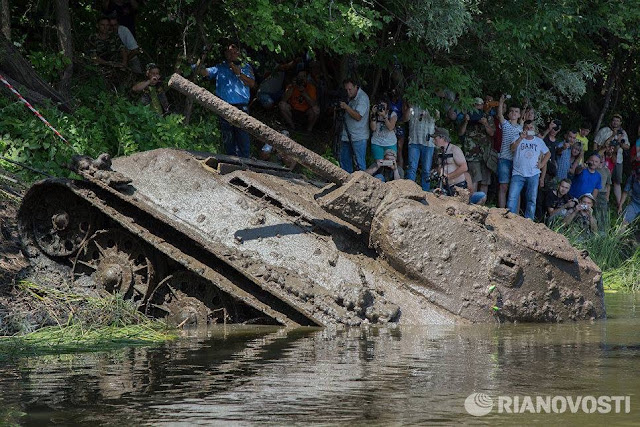 The tank was successfully retrieved by a BREM-1 repair and evacuation vehicle based on a T-72 tank from the 7-meter depth.
The armored vehicle that had stayed at the river bottom for more than half a century endured the operation well. 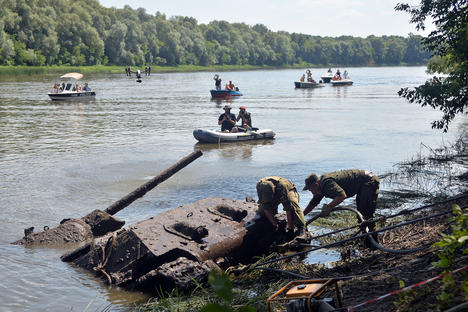 All T-34 tanks produced at the Stalingrad Factory had been destroyed in battles during the first years of the Soviet Union’s Great Patriotic War against Nazi Germany in WWII.
Two versions exist about how the T-34-76 tank got into the river bed. 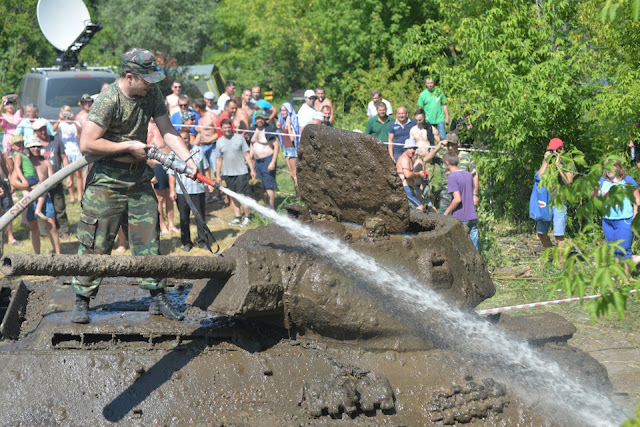 The first version has been offered by local residents who say that the Soviet troops sank the tank during their retreat so that it would not get into the enemy’s hands.
However, as Kalemberg said, the tank’s armament was not removed, which speaks against this version.
According to the second version, the tank was moving along a pontoon bridge when it fell into the river.
This version appears to hold true as the sunken pontoons, transport vehicles and small-size vessels stayed close to the tank at the river bed. As Kalemberg said, the tank was most likely lost in the summer of 1942. 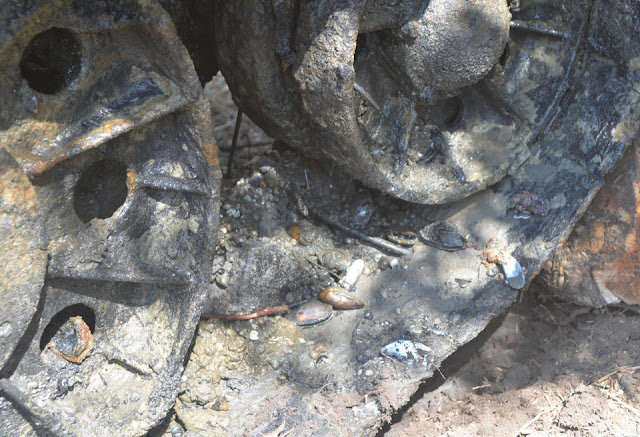 Patriot Park specialists said earlier the tank weighs about 30 tons.
The unique T-34 tank recovered from the river has remained in a very good condition and can run again, Kalemberg said.
“If it is restored externally, this won’t be difficult and won’t take much time as it has remained in a very good condition.
If we start restoring it to its running condition, this will take more time,” he said, speaking about the time limits of the tank’s restoration. 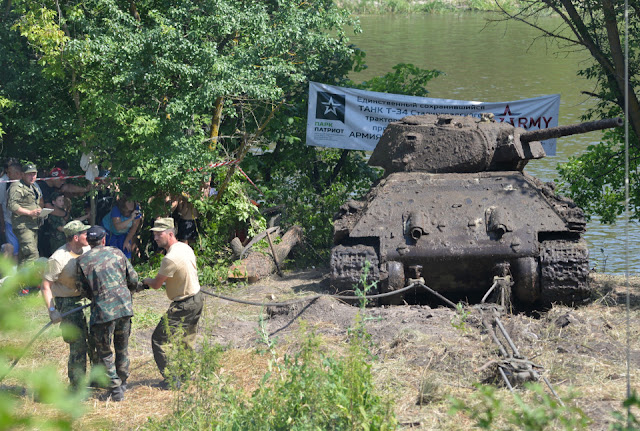 “I hope we’ll restore it to the running condition,” Kalemberg said.
According to preliminary data, there are neither munitions and other dangerous items nor crew remains inside the tank. 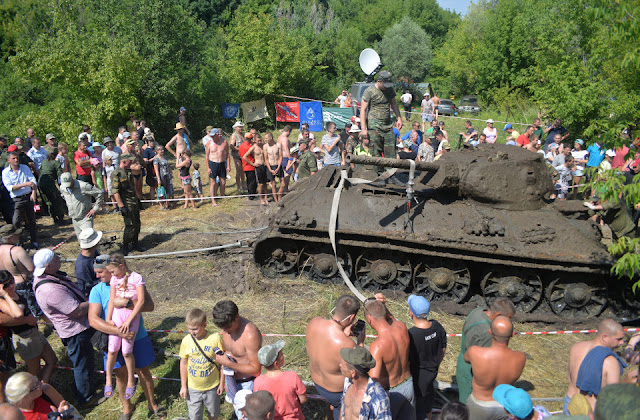