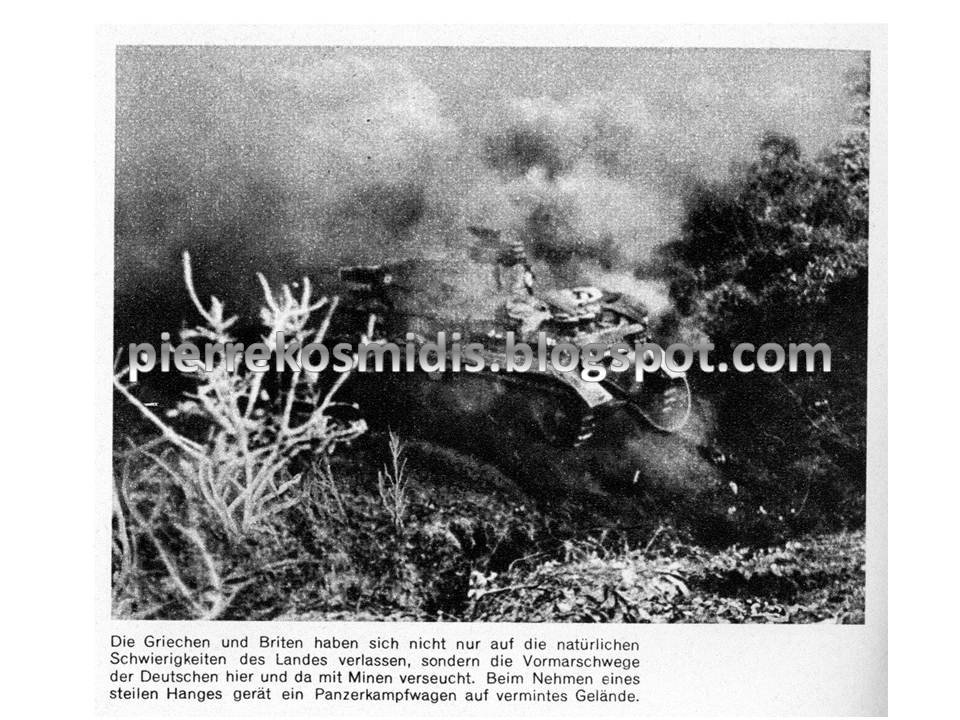 Two photos that appeared in a nazi propaganda publication depict the moment a German tank hits a mine in northern Greece and the aftermath of the explosion, with a member of its crew lying “slightly injured” as the photo caption claims. 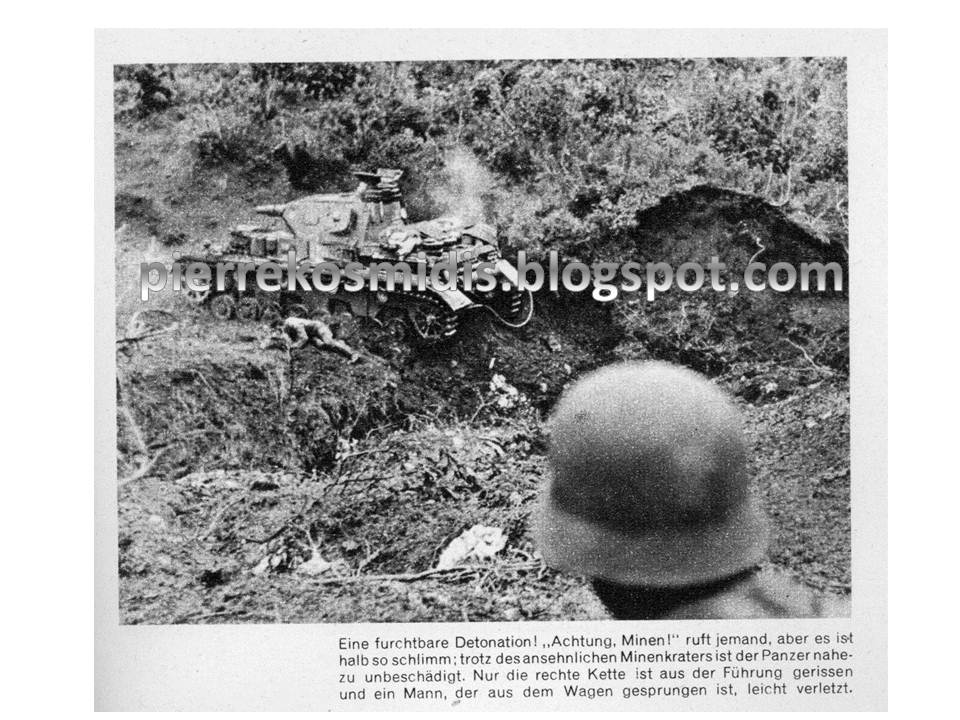 An account of the first and last tank battle in Greece

During the early afternoon of 13 April the 33rd Panzer Regiment of the 9th Panzer Division entered Ptolemaida in northern Greece, a town midway between Vevi and Kozani. 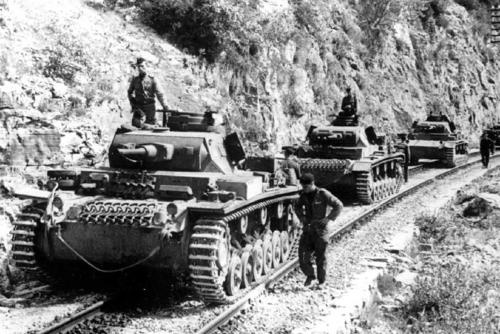 The arrival of the German forces was greeted by heavy shelling from the hills south and southeast of the town.

German reconnaissance patrols reported that the road bridge situated about 500 yards south of Ptolemaida had been blown up by the British and that a ditch filled with water cut across the low ground on both sides of the road.

The ditch was six feet wide and three feet deep and had soft shoulders. It constituted a perfect antitank obstacle. The patrols came under heavy fire from artillery, antitank, and machine guns emplaced on the high ground overlooking the road.

The regimental commander sent out two patrols to find a road that bypassed the ditch. Two side roads were discovered, one of which was impassable for armored vehicles since a bridge leading across the river had been demolished and steep dams dominated both banks. 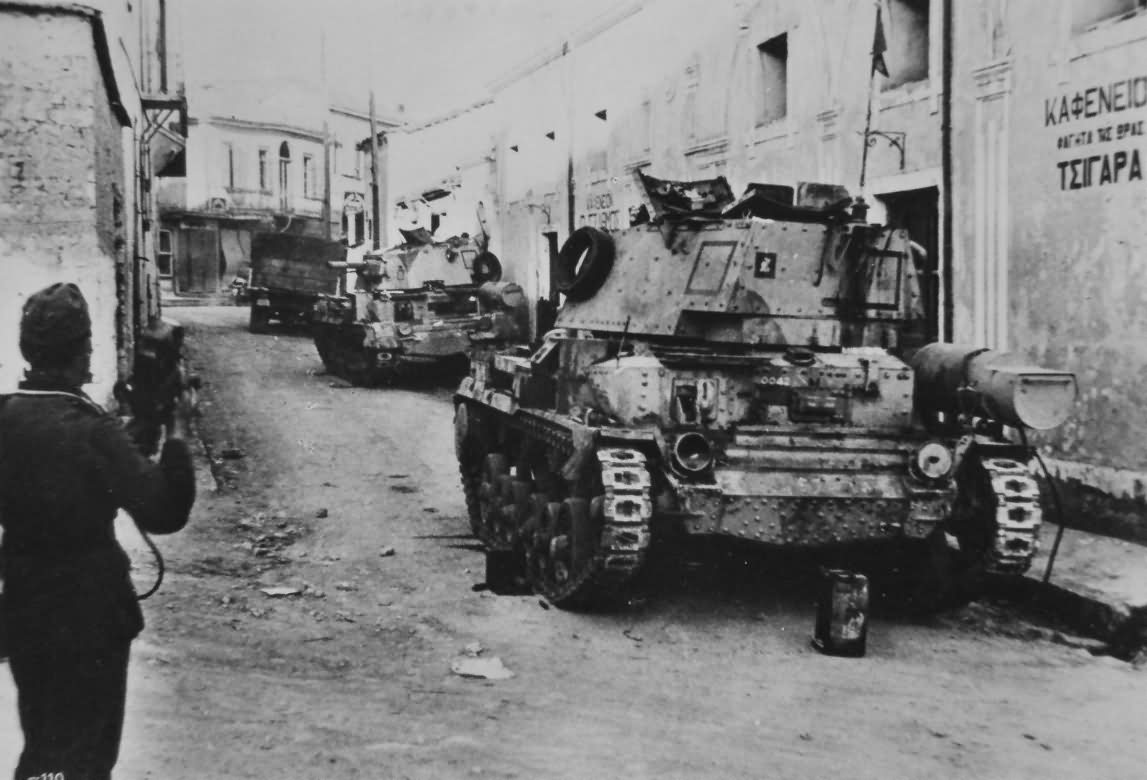 The other road bypassing the ditch to the west led through a swamp interspersed with several ditches but seemed passable even though there was no trace of recent vehicular traffic. Most of this road stretch across the swamp was in plain view of the British.

The regimental commander chose the latter route for his axis of advance because it offered a possibility to envelop the enemy’s dominating positions and strike his flank. 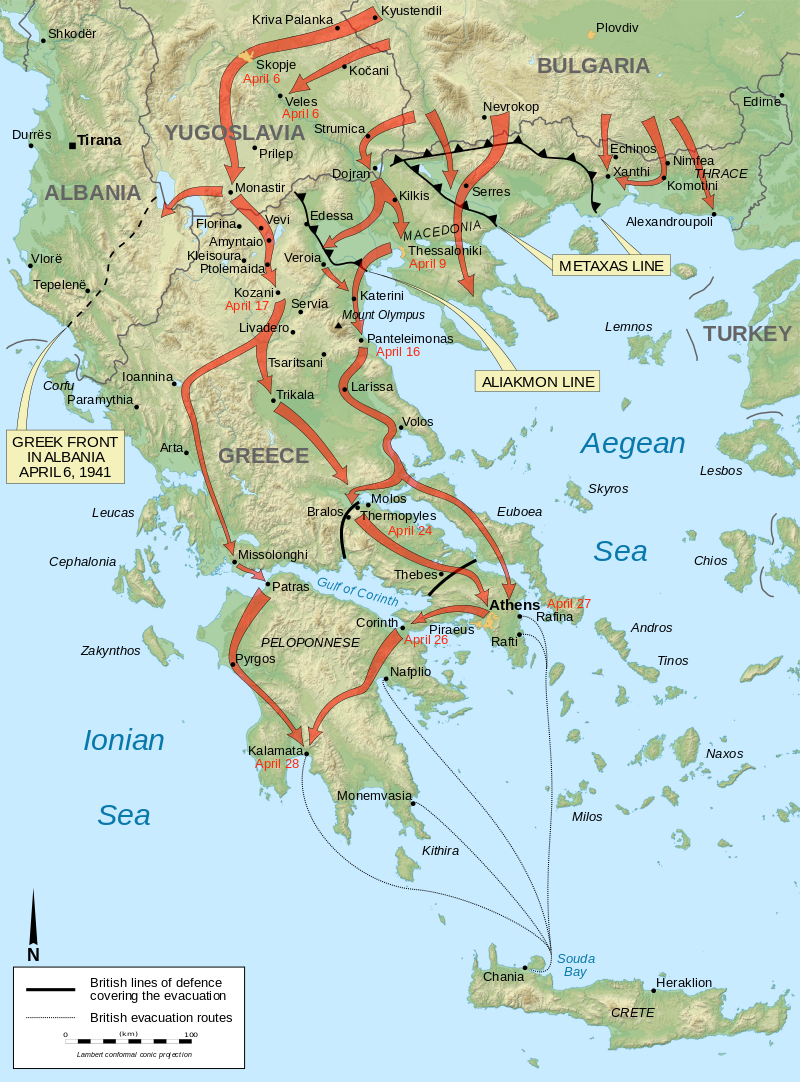 The approach across the swamp was very difficult and had to be made at a walking pace under intermittent fire from British tanks and antitank guns. As soon as the first German tanks came within striking distance, they opened fire and drove off the enemy vehicles, knocking out two of them.

After having crossed the swamp the German armor deployed. Seven tanks were stuck and followed later. Speed was of the essence if the plan of attack was to succeed and the enemy was to be prevented from withdrawing.

This part of the plan was complicated by the difficult terrain which rose abruptly and was broken in places. At the same time the British stepped up their artillery and antitank fire.

As dusk was setting in, the German tanks assembled and suddenly emerged on the British flank with all guns ablaze. The British tanks turned about and a violent engagement developed, the result of which could not be accurately gauged because of growing darkness. 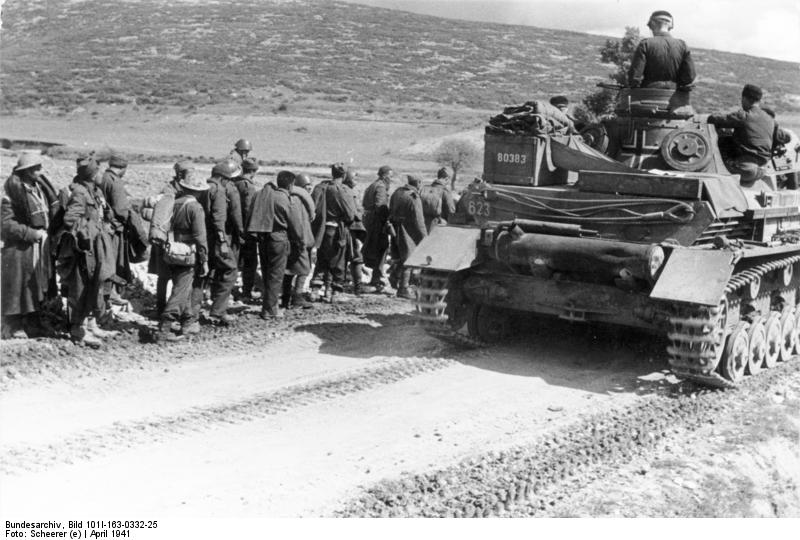 Two British self-propelled antitank guns were engaged at less than 200 yards’ distance, while trying to escape.

They were knocked out and a few supply trucks were captured. Some of the British tanks set up smoke screens to further reduce visibility and thus cover their withdrawal. As darkness covered the battlefield the

Germans observed explosions in the distance and noticed that the enemy artillery fire was decreasing.

The plan to push on to Kozani had to be abandoned because the German tanks had expended almost all their ammunition. Some tanks had no gasoline left, while the rest had only enough for about ten miles. 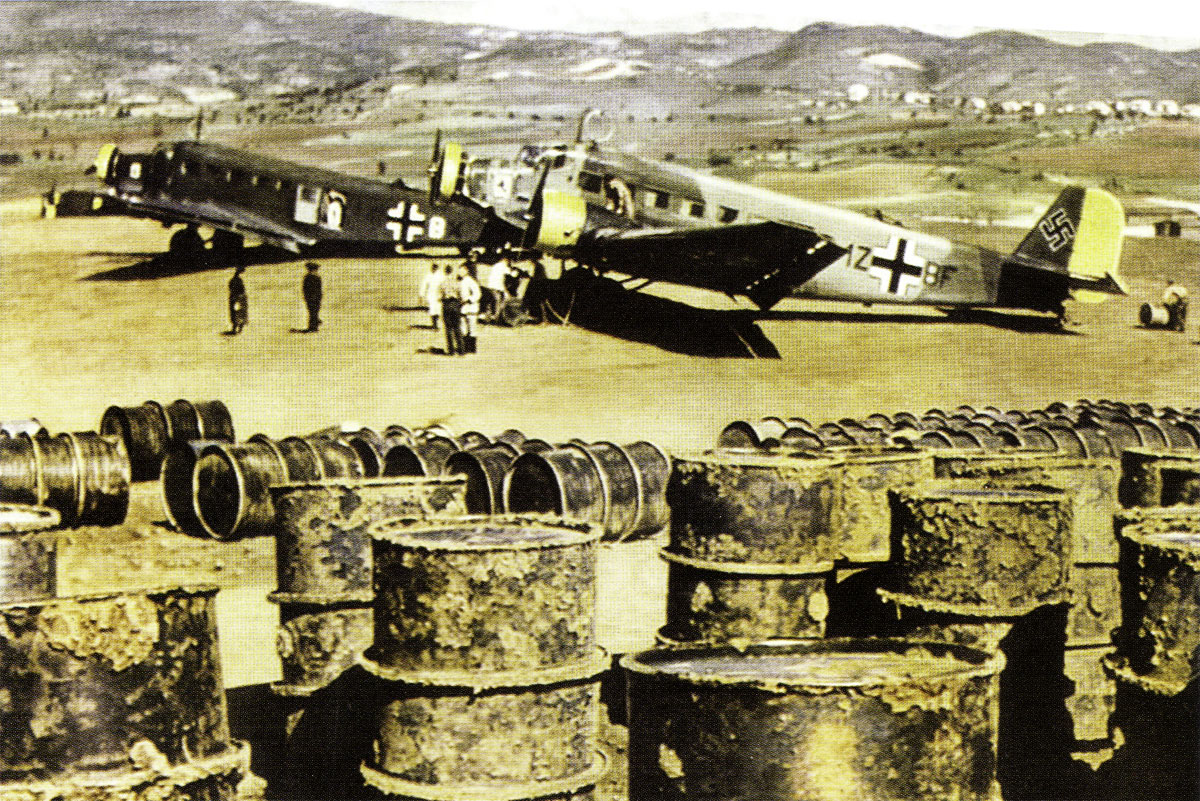 The British had lost their hill positions, abandoning thirty-two tanks and antitank guns as well as a number of trucks. The Germans lost 2 Mark IV, 1 Mark II, and 1 Mark I tanks in the engagement. This was the first and last tank battle that took place during the Greek campaign.

By the morning of 14 April the spearheads of the 9th Panzer Division reached Kozani. That same evening the division established a bridgehead across the Aliakmonas River, but an attempt to advance beyond this point was stopped by intense Allied fire.

For the next three days the 9th Panzer Division advance was stalled in front of the strongly fortified mountain positions held by the British.