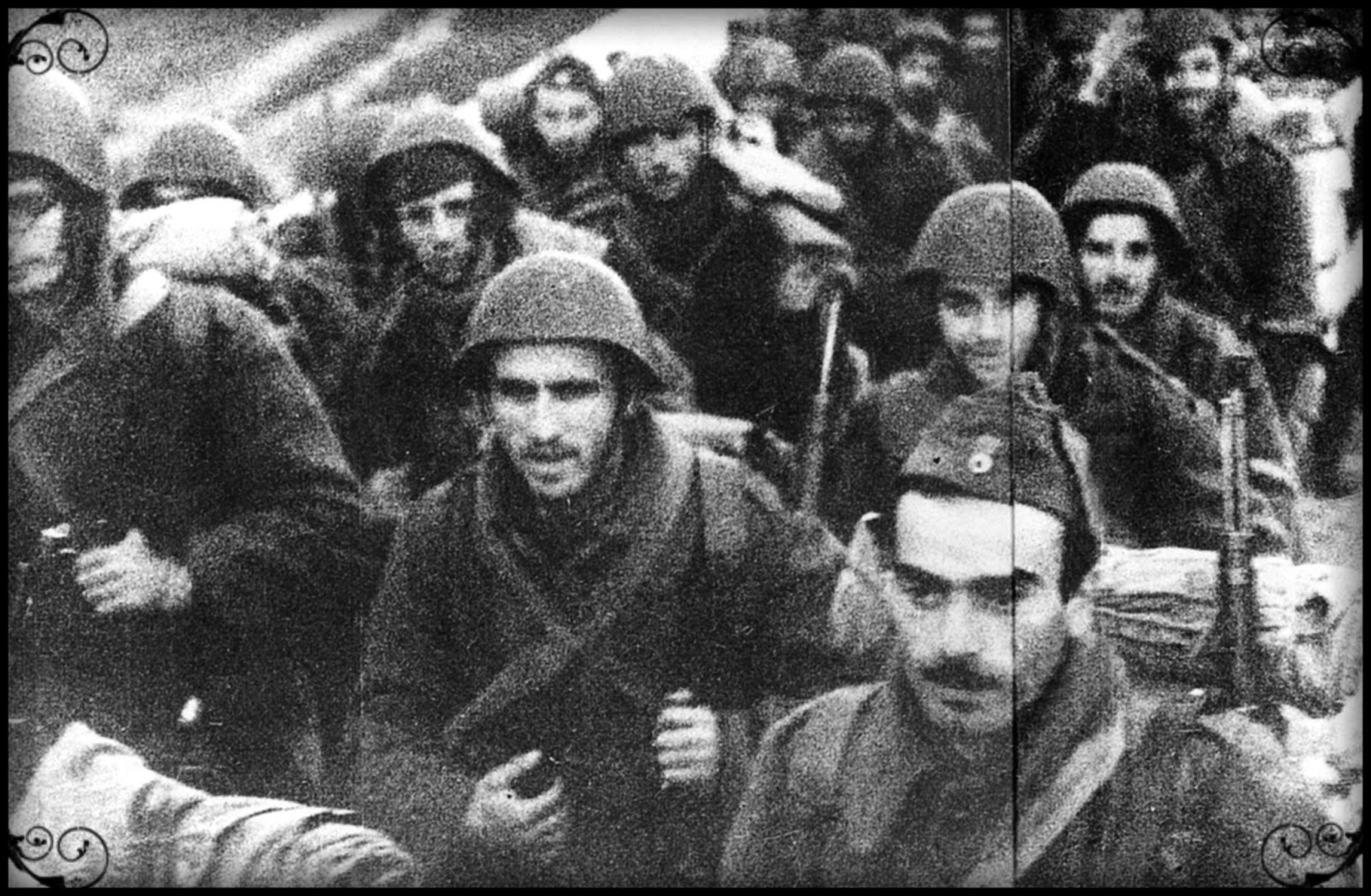 Greece has been at war or under special circumstances for the better part of the first half of the 20th Century.

The Balkan Wars in 1912-13, World War 1, when the country reached the brink of a civil war because the King was pro-German and the government pro-Entente, the Russian Campaign in 1919 against the Bolsheviks, the Asia Minor Catastrophe (1919-1922), a series of military coups in the 1920s and early 1930s, a dictatorship from 1936 until the German invasion and subsequent occupation, World War 2 and the Battle against the Italians and the Germans (1940-41), the resistance against the occupying forces and a fully blown civil war (1946-1949). 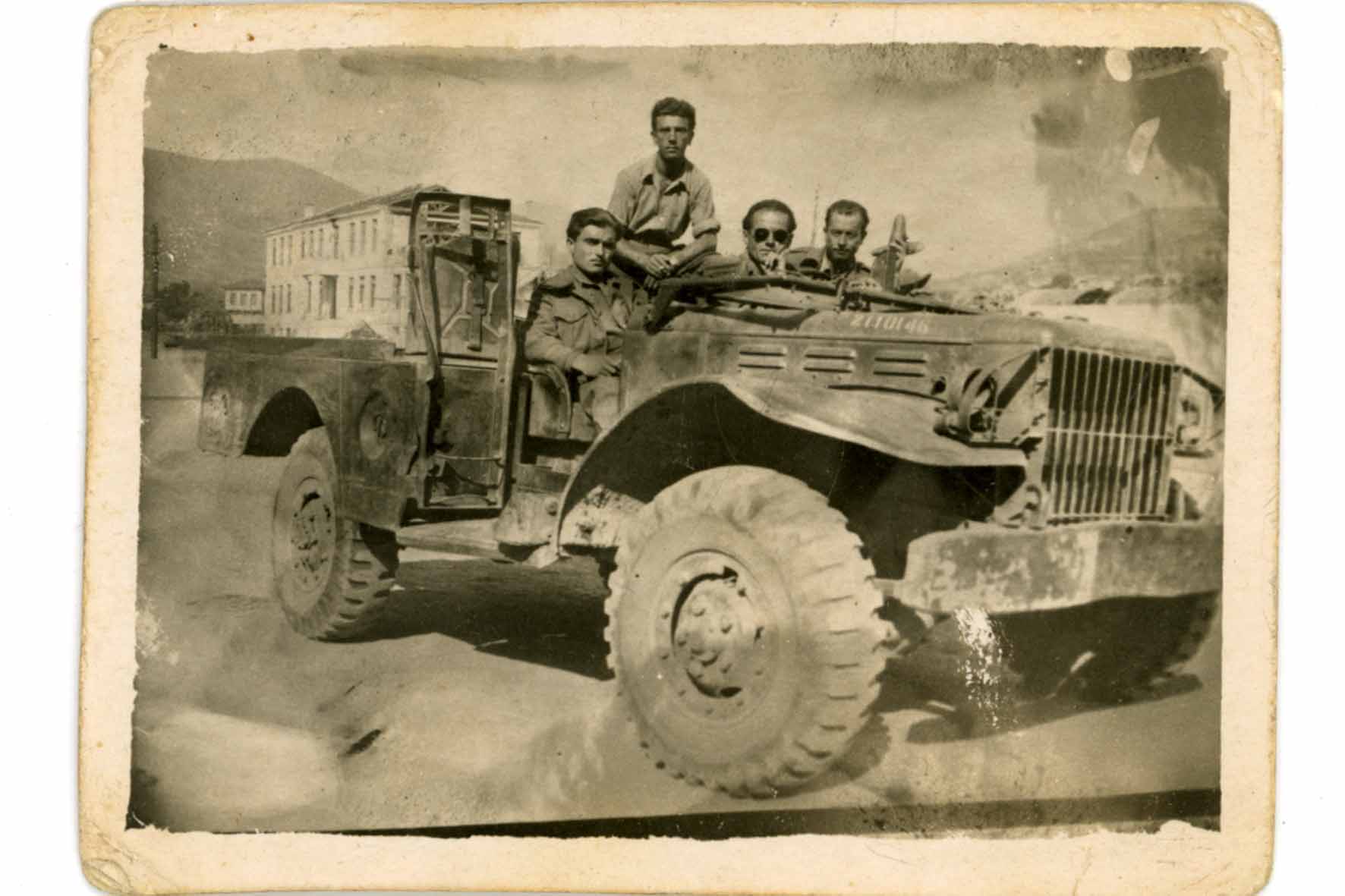 It was typical for Greeks to fight for years. A soldier who fought during the Balkan Wars and WW1, would find himself mobilised again for the Asia Minor Campaign, which resulted in the Catastrophe of 1922, meaning he would spend the better part of a decade under arms.

The same applies to soldiers who fought against the Italians and the Germans in 1940-41, would then become members of the resistance or of the Free Forces in the Middle East until the liberation of Greece in 1944 and then find themselves immersed in the fratricidal civil war until 1949.

One such case is Pavlos Galanos, a soldier who fought on the mountains of Albania against the Italian aggressors in 1940-41, then found himself in the Middle East, as part of the Free Greek forces and when Greece was liberated in 1944, he fought in the bloody civil war as a member of the National Army, which resulted in the defeat of the communist-backed Democratic Army.

Pavlos Galanos’ story sheds light to those turbulent times and his account is important, not only because it is authentic and sincere, but it adds to our knowledge of this specific period, from an eyewitness. 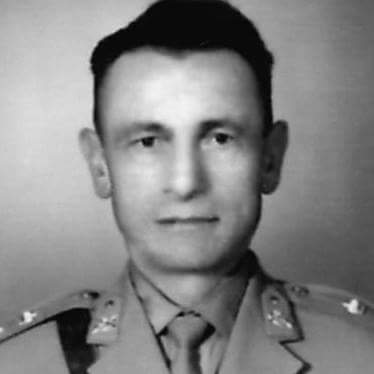 Pavlos Galanos was born in December 1914 in the city of Argyroupolis (currently known as Gümüşhane) in Turkey and died in December 1999. 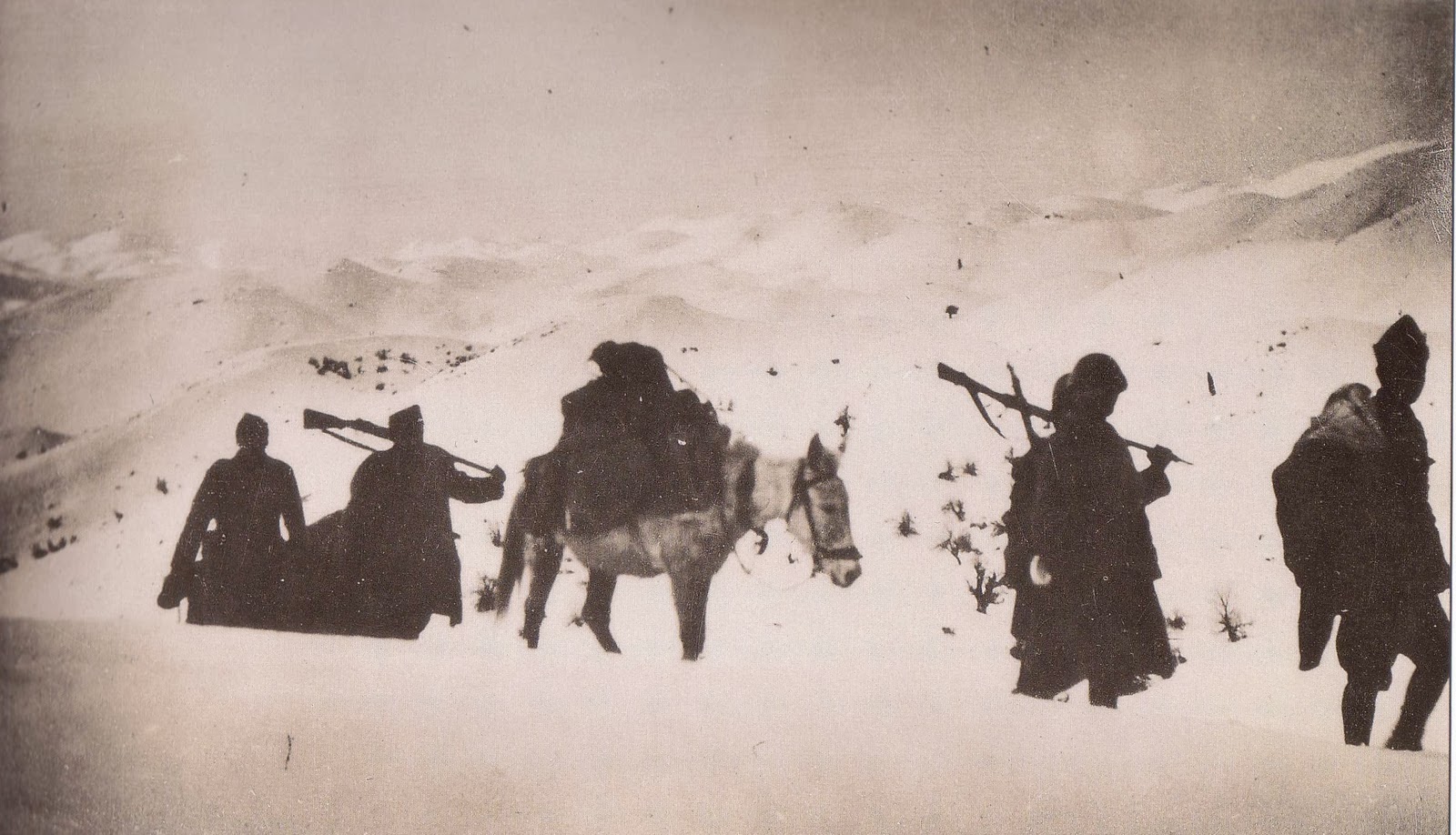 His life is like a first-rate bio movie, having lived and survived through times, closely intertwined with the history of Greece.

His father was murdered by the Turks and in 1915 his mother took Pavlos Galanos and his brother to Novorossisk in Russia.

Following the Bolshevik revolution of 1917, the young boys were forced in exile once again. His mother died of typhus and in 1920 the two orphans reach Piraeus, Greece and lose track of each other. 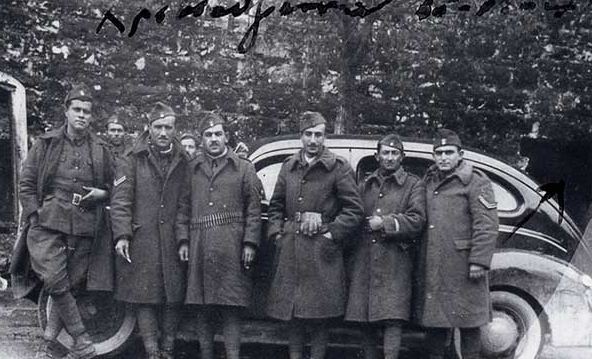 It was not unusual, during those turbulent times, for children to reach Piraeus and other ports of Greece as refugees, without any other family members or relatives to accompany them. Pavlos virtually became a “child of the streets”, surviving with odd jobs here and there. He eventually found himself in an orphanage and managed to get his degree from the Agricultural School of Larissa in 1938 and move to the island of Samos to work as an agriculturist.

The clouds of war were gathering once again over Europe and Greece could not be an exception.

Pavlos Galanos did his military service at the Army in 1936 and became a second lieutenant. In August 1939 he is mobilised with the 33rd Army Battalion of Florina. His Battalion, along with thee 28th and 90th are called “the Iron Battalions” because of their losses during the War against Italy in 1940-41 and consisted mainly of Greek refugees who were forced out of Asia Minor by the Turks in the early 1920s.

The war Odyssey of Pavlos Galanos is just about to start.

The Italian invasion on October 28 1940 found Pavlos Galanos in the Prespes lakes area. As opposed to the southern front, where the Italians had some early successes before being driven back deep into Albanian territory in mid November, the northern front was a theater of offensive operations as of October 28 against the Italian forces.

On November 6th, 1940, during an offensive against the Italian fortified positions close to the village of Bitnick in Albania, Pavlos Galanos is wounded by shrapnel. He is evacuated to Athens to undergo surgery and on his own initiative returns to his battle-hardened comrades in January 1941.

The bitter fighting goes on. The harsh winter conditions on the mountainous regions of Albania, at an altitude of over 2,000 metres, are the worst opponents for both the Greeks and the Italians.

On February 7, 1941 Pavlos Galanos is wounded again, during an artillery barrage, which caused many casualties among the Greeks. After some time, he is taken to a hospital in Athens, where he remains until May 1941, when Greece is under nazi occupation. He is discharged on May 22nd and immediately starts planning his next moves. Staying in Samos is next to impossible. The Italians who are now in the island are treating the Greeks, especially the ones who humiliated them on the mountains of Albania, harshly. Daily beatings, torture and bans are on the list.

Pavlos Galanos then decides to join the Free Greek Armed forces in the Middle East. He escapes from Samos in a small fishing boat and the journey takes him to Turkey and then to Syria and Lebanon before reaching Egypt. He is promoted to first lieutenant and finally returns to Greece in January 1945.

He was hoping he would leave war behind him, but his hopes proved to be futile.

Pavlos Galanos finds himself fighting endlessly during the civil war, on many occasions on the same areas he fought against the Italians some years earlier, in a bitter twist of fate.

With a sense of responsibility deeply rooted inside, Pavlos Galanos sees many of his brothers in arms dying or maimed during the civil war. War dispatches mention him by name, exactly as was the case during the war against Italy back in 1940-41, but this time the enemies are Greeks, who are fighting each other.

He is awarded medals and the higher echelons praise his bravery, just as in 1941. But this time, it is a war of brother against brother…

The list of battles Pavlos Galanos took part is endless. Day by day, he sees friends and brothers in arms dying in his hands. Images that would scar his mind up until he passed away in 1999.

He fought in some of the bloodiest battles during the civil war. He participated in attacks against fortified positions and saw young men dying helplessly.

In 1949, the civil war is over. Pavlos Galanos continues to serve his country and in 1966 he is transferred to Cyprus. In 1967, the military dictatorship that ruled the country until 1974 recalls him back to Greece. In 1971 he receives his final order: He is decommissioned due to political reasons.

Pavlos Galanos’ experience sum up the period he lived in. Wars, political turmoil, death and exile. He led his men by example and courage.

Pavlos Galanos went on to meet his brothers in arms in 1999.

I wish to personally thank Pavlos Galanos’ son Andreas Galanos, for the honour and responsibility he rest upon me to write his father’s story.