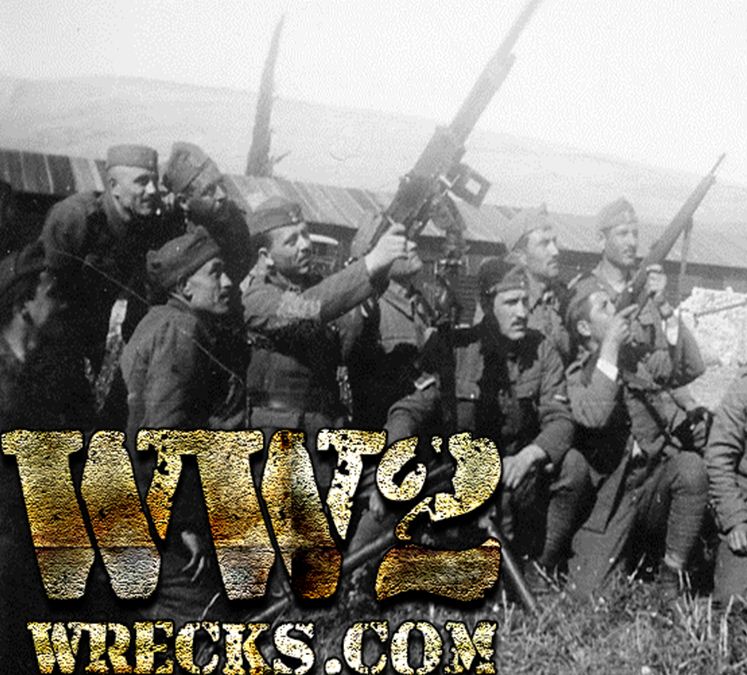 A group of Greek soldiers are posing for a photo in Albania in 1941, during a short break from hostilities.

The soldiers are posing in an… antiaircraft mode, sporting a variety of weapons.

The most interesting part of this photo though, is the handwritten poem on its back, which, roughly translated, reads as follows:

“Armed with courage, we took the guns from our enemies and now they are on their way back to Rome to eat… macaroni (pasta)”.

There’s always space for a dry sense of humour, even in the midst of war.

How many soldiers, of those pictured in this photo, made it back home?