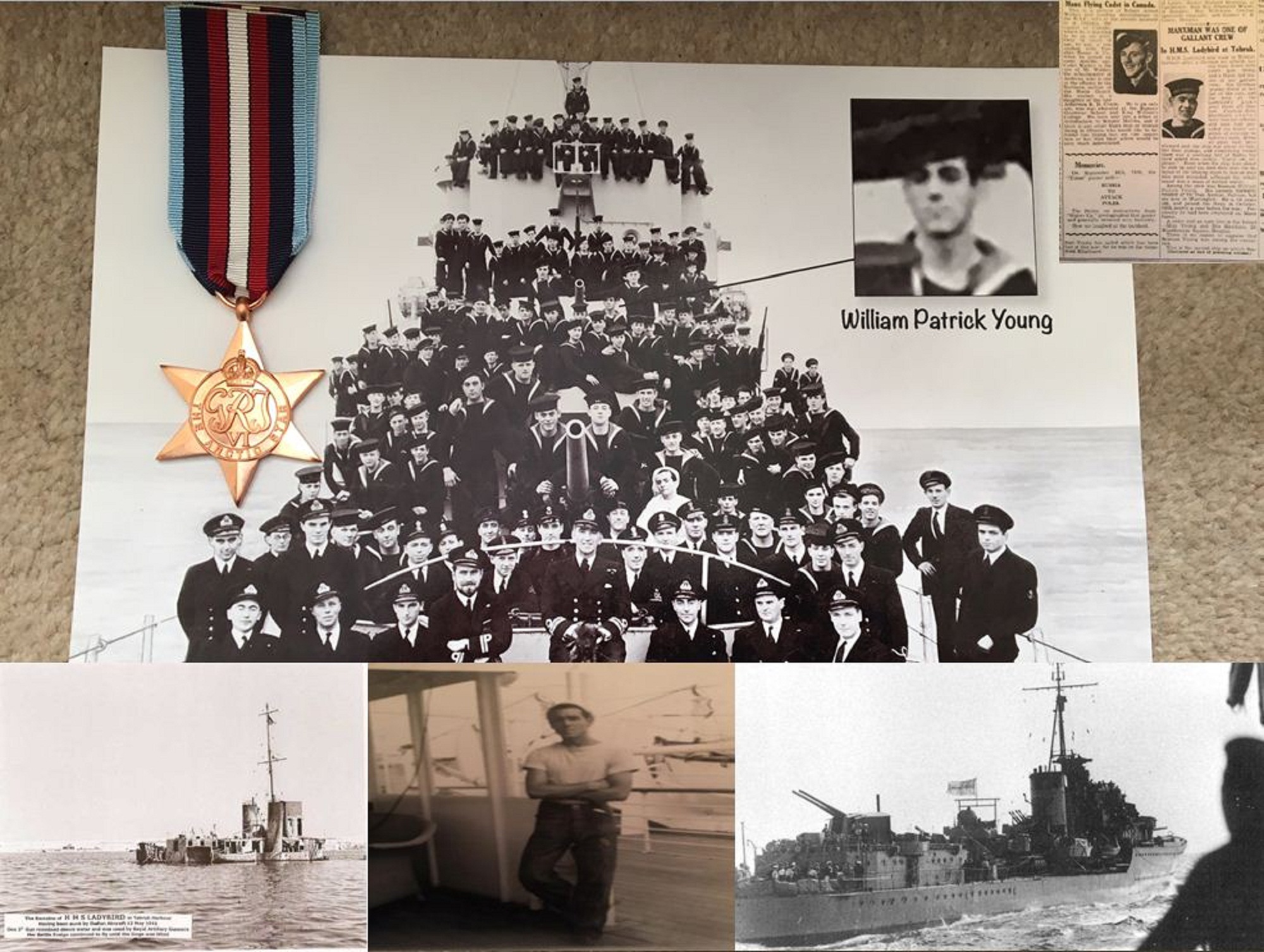 Millions of human stories from World War Two remained forgotten for decades and are slowly emerging, thanks to the memories shared by their relatives. One such case is the story of Able Seaman Bill Young, a British sailor who saw active duty during WW2 and was shipwrecked not once or twice, but three times and survived the ordeal.

“His life story would make a great film, but a sad one”, his son Bob Young says to www.ww2wrecks.com

Let’s pick up the thread of Bill Young’s life story, through his son’s interview with www.ww2wrecks.com

Born on 4 July 1921, Bill Young joined the Royal Navy in 1938, when he was 17 years old. With the outbreak of World War 2, Bill was assigned to the Mediterranean and the Red Sea and participated in heavy fighting, which resulted in him being shipwrecked on three separate occasions and surviving the harrowing ordeal.

Bill Young’s first ship was HMS Khartoum, which was sunk, following a surface engagement with the Italian submarine Torricelli in the Red Sea, on 21 June 1940.

Following the loss of HMS Khartoum, Bill Young was transferred to HMS Nile and then to HMS Ladybird in August 1940. In early January 1941 HMS Ladybird was engaged at close range in bombarding the Italian port of Bardia in Libya, in preparation and support of the Allied assault and capture of Bardia on 5 January 1941 as part of Operation Compass.

Bill Young had a “Greek connection” to his World War Two experience, as after a brief stint again with the HMS Nile, he served with the “Zoodochos Pigi” from 23 March 1941, shortly before the German invasion of Greece on 6 April 1941.

The “Zoodochos Pigi” was sunk in Mikrolimano, next to the main port of Piraeus by a Luftwaffe air attack, on 17 April 1941 and Bill managed to survive and escape imprisonment, after the fall of Greece to the Germans.

After three shipwrecks and lucky escapes William Patrick “Bill” Young served on shore establishments up until 1943, when he found himself once again at sea, serving with HMS Keats.

During his service with HMS Keats, Bill saw the sinking of two U-Boats and participated in Operation Goodwood, a series of unsuccessful British carrier air raids conducted against the German battleship Tirpitz at her anchorage in Kaafjord, Norway, during late August 1944.

Bill Young finally finished his service in September 1946 and served for 30 years in the Merchant Navy, but his years at war took a heavy toll. “My dad never really adapted to civilian life, after the War, although he had a lovely wife and 3 good, healthy sons”, his son Bob Young tells www.ww2wrecks.com

“My dad had a drinking issue and he separated from my mother in 1960” Bob says, adding: “He swapped his WW2 medals in Mexico for a bottle of wine and I got the Arctic Star on his behalf last year.”

“He never got over the nightmares of the War, really. He lived a rather colourful, but sad and tormented life and eventually hung himself in 1986, when he was 64 years old”

“My father was not a bad man, but the war troubled him and left many scars to his soul. He felt bitter about what he went through, but his story echoes the lives of thousands of men that went into War in their early twenties and had to live with their horrific experiences for decades after the War had officially ended”.

www.ww2wrecks.com thank Bob Young for sharing the life story of his late father Bill Young and hope that his story and sacrifice will never be forgotten.