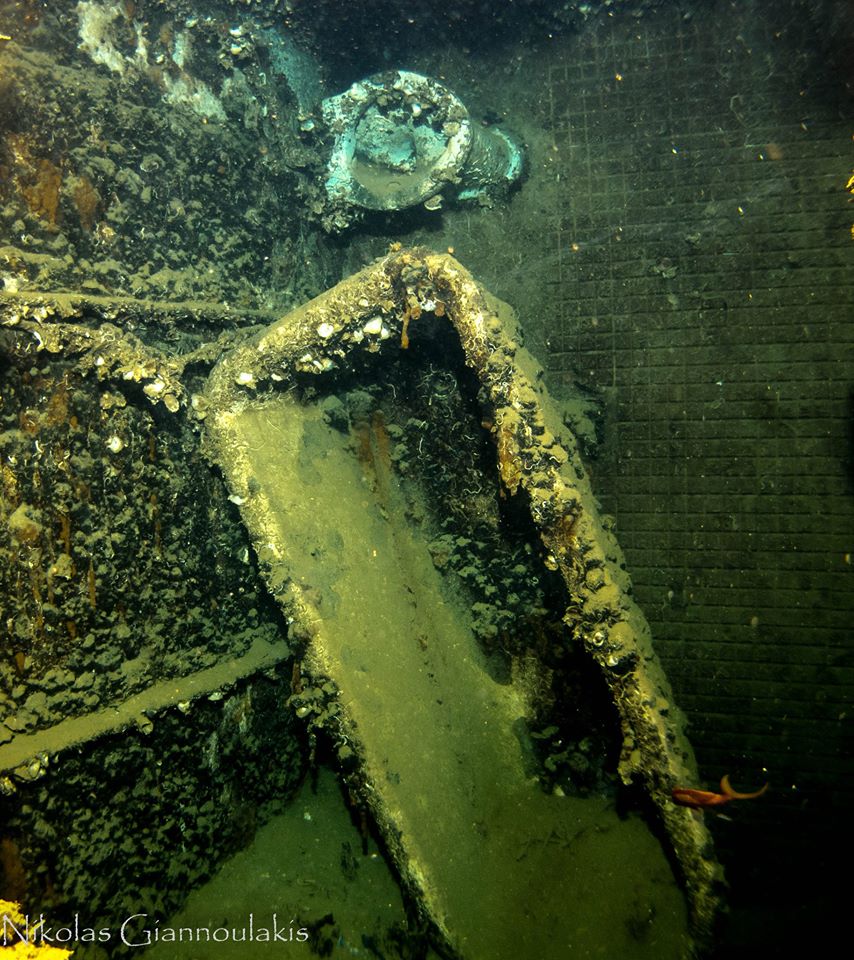 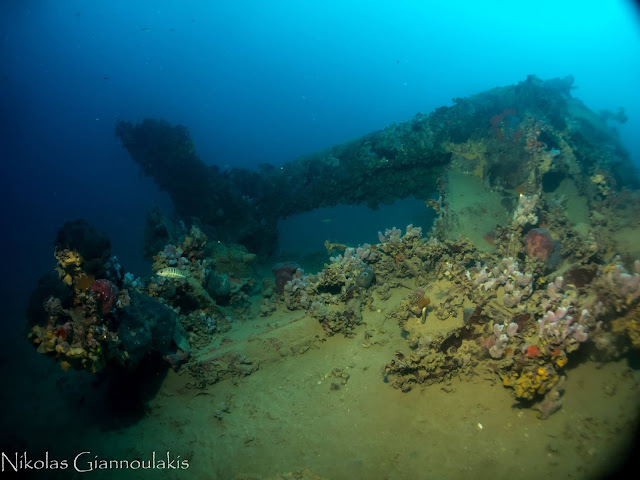 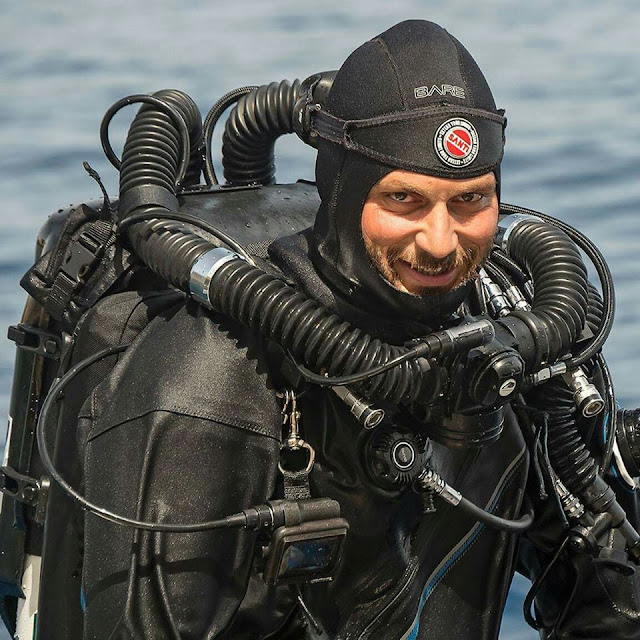 A German Bf109 fighter and the wreck of a ship with a length of 130 metres, probably the  Greek cargo ship “Kyriaki”, are both historical evidence of WW2, as it unfolded on the island of Crete. 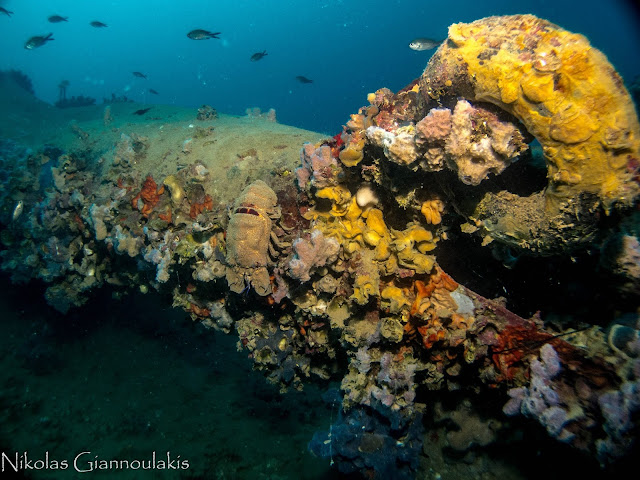 “In 2012, locals informed me of the existence of an aircraft wreck in Souda Bay,”
Mr. Giannoulakis says to pierrekosmidis.blogspot.com andWW2 Wrecks In Greece. 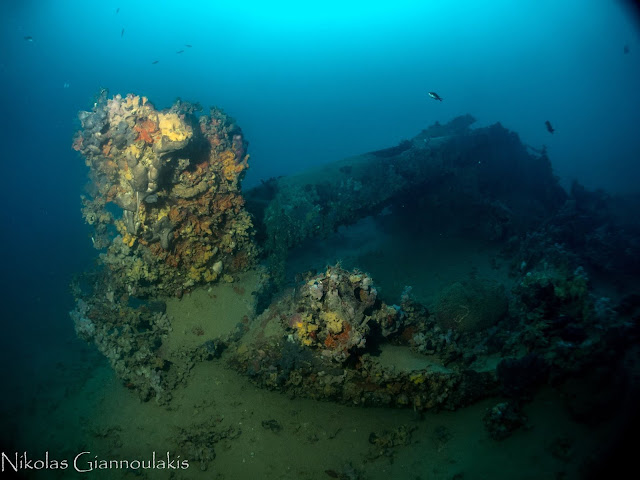 “After many months of research, both in the archives and underwater, we finally located the Bf109 wreck at a depth of approximately 40 meters. In consultation with a group of divers from Athens, we conducted field research in order to record and identify the wreck.”
(Read HERE the “Odyssey” of the German pilot of this Bf109 from Crete to Australia) 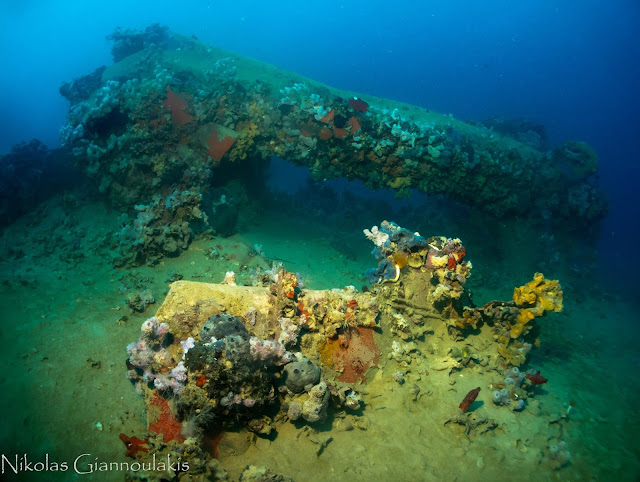 Nikolas Giannoulakis had from a young age the “germ” of exploration and started scuba diving when he began to discover the underwater marvels of Crete.
“I started diving and exploring new shipwrecks, underwater caves and dive sites of particular interest, while combining my personal search capabilities, skills and unique emotions that scuba diving offers “, says Mr. Giannoulakis. 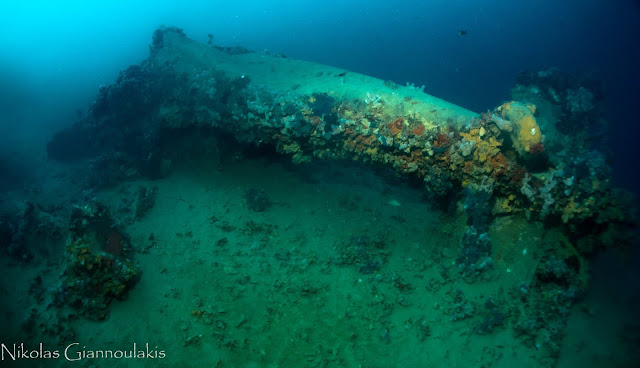 Much of this need for exploration is covered by diving in Crete and specifically in Chania and through these underwater explorations  Mr. Giannoulakis discovered several WW2 Wrecks, one of which is the German Bf109 fighter Kalami Souda. 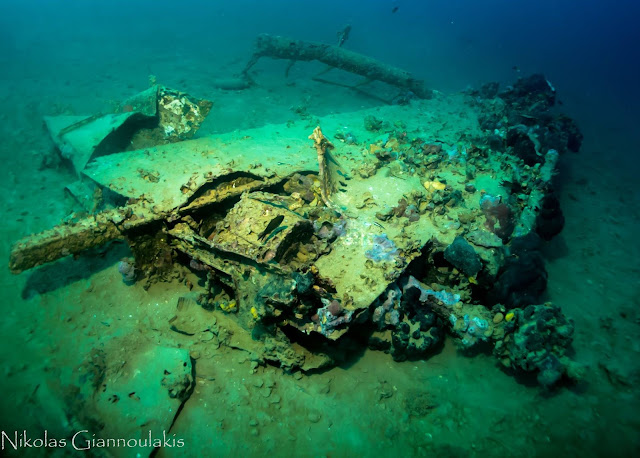 “The emotions are really unique when you discover something that perhaps nobody has seen for many years, like the aircraft that was shot down and crashed at sea in Souda Bay in 1941”, Mr. Giannoulakis says, adding:
“It may be something small or big, size doesn’t really matter, the beauty lies in exploration!”

Apart from the Bf109, Mr. Giannoulakis is credited with the possible identification of another Wreck of World War II in Crete. 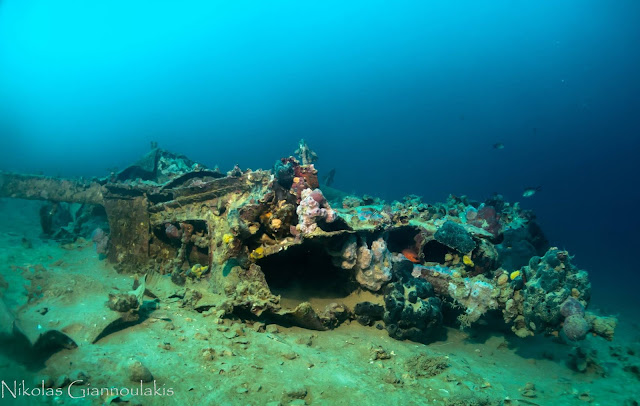 A wreck with a length of 130 metres and a width of 17.5 metres is very close to the coast of Kalami in Souda Bay, at a depth of 68 to 88 meters.
“Another wreck is a cargo ship of the Second World War, although  we can not say with absolute certainty which one it is.” 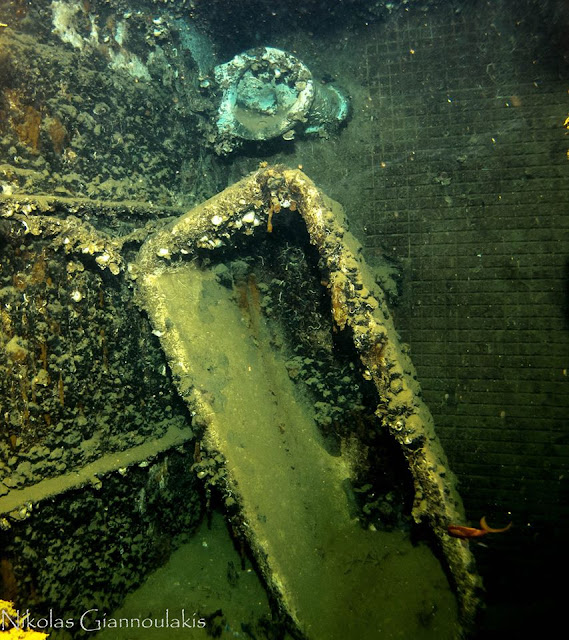 “With the assistance of my friend Dimitris Galon we concluded that it is likely the “Kyriaki”. “It is worth noting that in this wreck, there were no casualties”  Mr. Giannoulakis explains.
“At this wreck we use TRIMIX, because of the depth” Mr. Giannoulakis says. 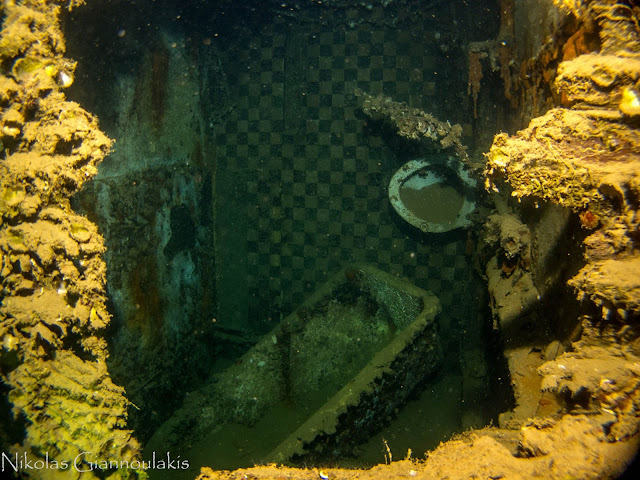 “Because of its size and good condition of the wreck diving is really impressive, although due to the depth and usually moderate to poor visibility, the divers must be sufficiently experienced,” Mr. Giannoulakis concludes.
727
3105
1183
1016
1094
865