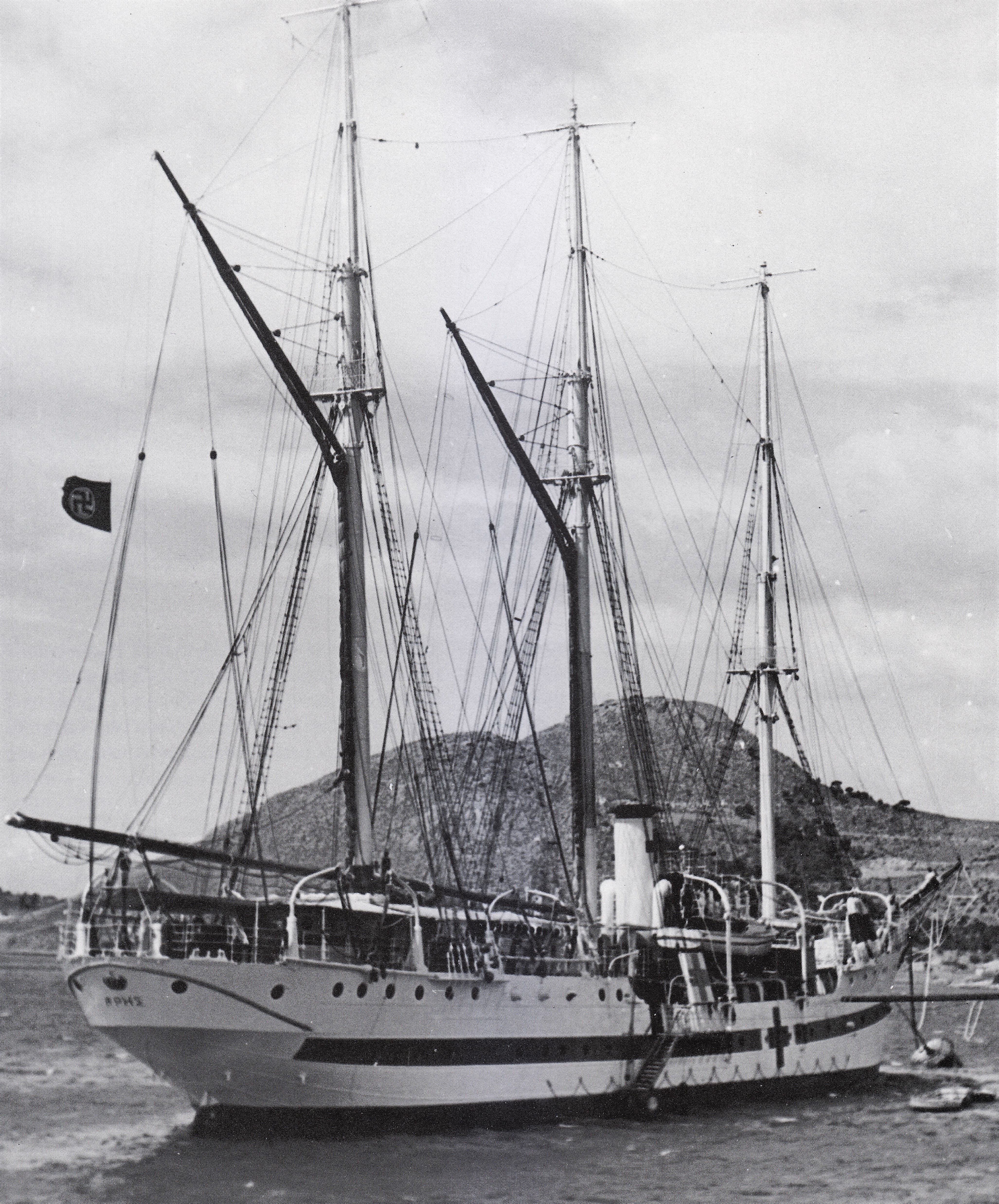 Text and photos by Vincenzo Giacomo Toccafondi, submitted to www.ww2wrecks.com and used by permission.

Having recently read the article written by Pierre Kosmidis, in relation to the Aris / Graz Hospital Ship, and finding it very precise and detailed, I would like to add a couple of news and images concerning the history and fate of this ship.

During the preparation of my last book “Italian hospital ships after the Armistice of 8 September 1943” I bought some authoritative German books in which the Aris/Graz history is reported, and interesting data are provided about its missions and other events which, I believe, may be interesting.

I am also in possession of some pictures of the Medicine Doctor Captain Carlo Benedetti who boarded the ship at the beginning of December 1942 and a few days later lost his life in the shipwreck.

Captured by the Germans in Salamis island the sailing ship was enlisted in Kriegsmarine. After refurbishment works at the shipyards in Salamis, “Aris” began her operational activity.

Much of the Greek crew with its commander Captain Fragandonis had remained in service; this is not surprising, the service on a hospital ship is a medical duty and does not constitute a crime of collaboration with the enemy.

The German medical officers were: Medical Director Dr. Hellmuth Schulze, surgeon Dr. Hoef and Dr. Klaus Harms. On 22 October 1941 the ship was notified to the British who, as they used to do, refused official recognition because the ship was too small.

During the first mission, 124 severely wounded were boarded in Salamis and transported to Thessaloniki. With the second mission the ship headed straight from Piraeus to Patras to take on 38 Italian wounded from the 2/572 field hospital. Conditions for the severely injured patients on board were not comfortable and patients with a fracture lived a nightmare experience in the tiny space of the ship.

During the voyage, particularly in the Corinth Canal, the ship had very serious problems with the engines, including a total shutdown in front of Thessaloniki, near a mine barrage. The ship entered the shipyard in Salamis and remained there from 22 June to 20 November. On November 28, 1941, Aris was renamed Graz.

With finally reliable engines, the ship made four trips to Crete, Milos and Volos, where it loaded the wounded and transported them to Thessaloniki.

In November 1942 the ship was in Marsa Matruh, close to be conquered by the British army, to contribute to the medical evacuation of the wounded. 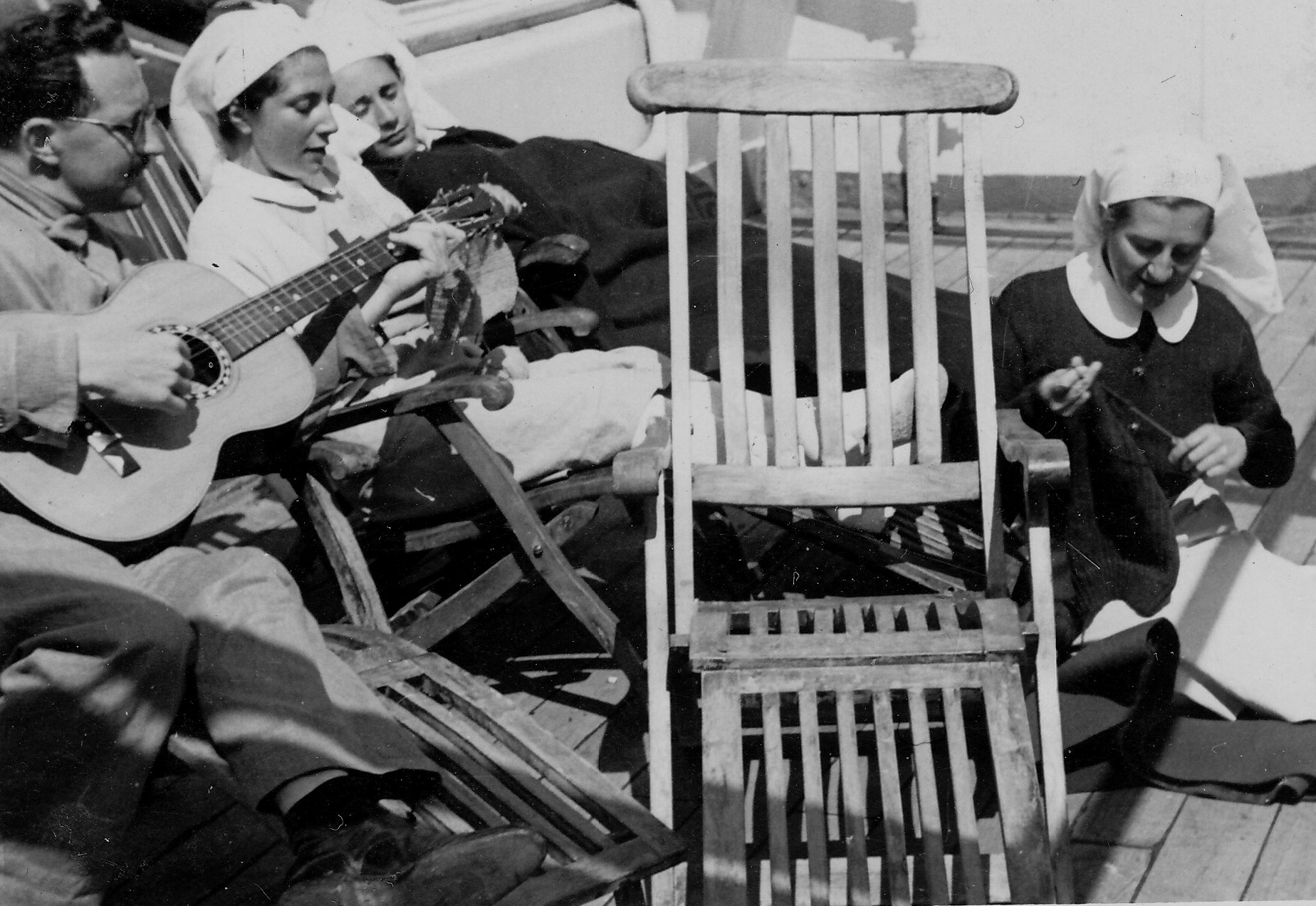 With 170 wounded, embarked with great difficulty, the Graz left the Egyptian port the day before the capture by the 8th Army and returned to Piraeus without further problems.

Later the ship was called at Raz el Ali, a landing in front of the Grande Sirte in Libya, and embarked with its own lifeboats 170 wounded from field hospitals in the desert. T

he ship sailed to Naples where, after having rescued the wounded, a German doctor, Dr. Panthel, and an Italian, Dr. Carlo Benedetti, embarked.

Dr Benedetti was an expert in the activity of hospital ships and had perfect command of the German language since he was born in Trieste during the Habsburg Empire.

The ship set sail again for North Africa, but on the 5th December 1942 off the coast of Bizerte, near the Island of Cani, Graz  hit a sea mine.

The ship’s thin hull broke and sank in a couple of minutes.

39 Greeks, 13 Germans and 1 Italian lost their lives in the shipwreck.

The minefield had been laid a few days earlier by minelayer HMS Manxman (Capt. Robert Kirk Dickson), which was severely damaged on 1 December by submarine U 375 (Kapitänleutnant Jürgen Könenkamp). 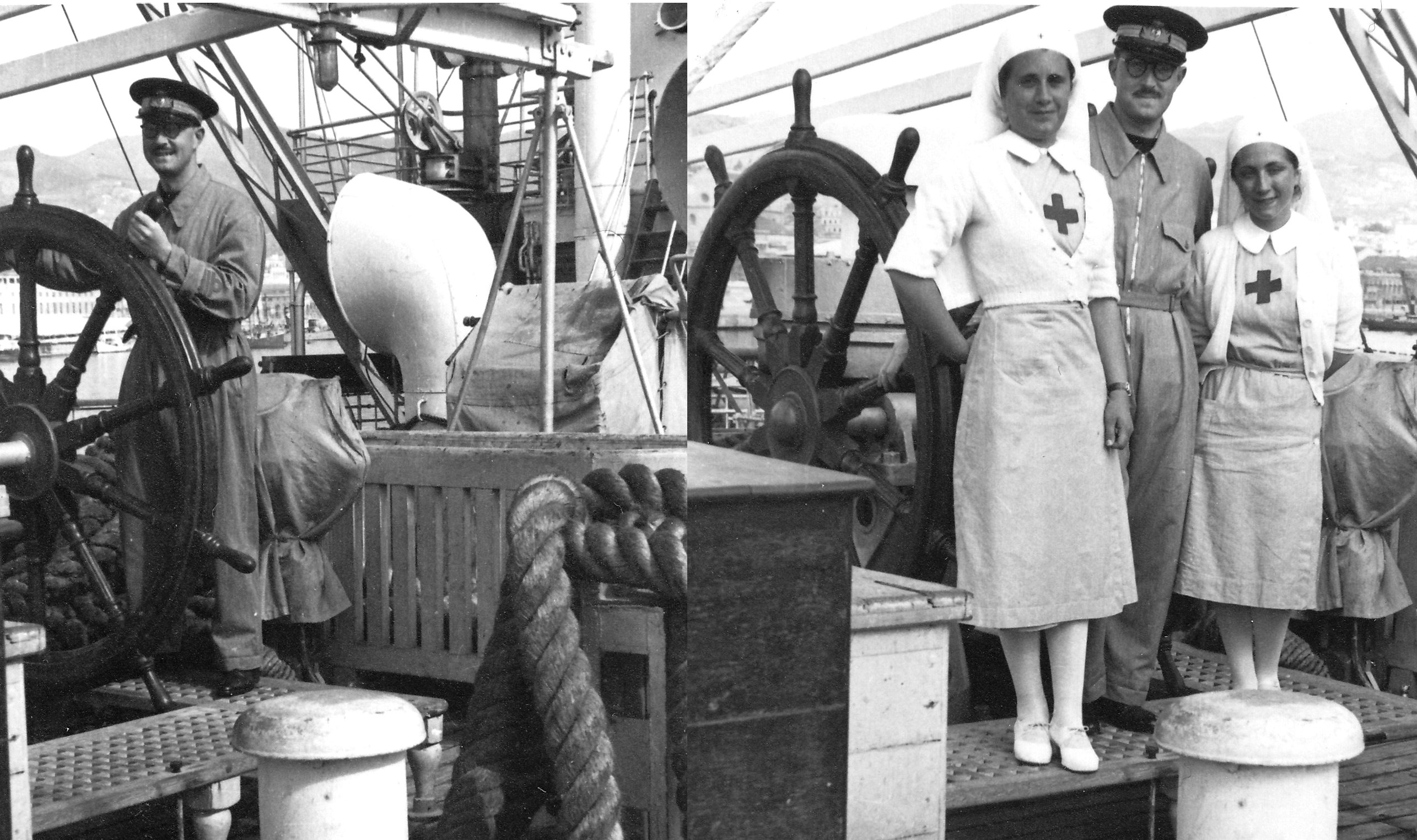 In July 1940 he entered the Royal Navy as Captain of Medical Service. He embarked on the Arno hospital ship from November 1940 to September 1941.

Colonel Talarico, Medical Director of RNO Arno in his book “Scoglio e marosi” remembers Captain Benedetti as a very capable doctor and an excellent person; when he was transferred he suffered the lack of his collaboration, fundamental when dozens of German soldiers were on board.

I Salamis september 1941 – A very interesting image of the Aris, it shows the sailing ship painted according to the scheme provided by the Geneva Convention, with the German flag, but at the stern the name is still the original one given by the Greek Navy surmounted by the Greek Crown (Image from Schmidt-Kludas)

II Naples 1941 – Captain Carlo Benedetti near ship’s wheel on RNO Arno, alone on the left picture and with a couple of Italian Red Cross Nurse nicknamed crocerossine on right side. (Author’s collection)

III Captain Carlo Benedetti on the deck of RNO Arno playing guitar with a group of Red Cross Nurse. They look light hearted images, but they were just short moments of rest in a terrible and painful job. (Author’s collection)