Photos submitted to www.ww2wrecks.com by Professor Timmy Gambin and used by permission

An 80-year-old maritime mystery has finally been put to rest with the unveiling of a memorial to a Royal Navy submarine lost off Malta.

Serving Submariners from Naval Base Clyde and relatives of the crew of HMS Urge travelled to the Mediterranean island on April 27 for a memorial service recalling those who perished when the wartime submarine struck an Axis mine off the coast.

Thirty-two crew, eleven naval passengers and one civilian were lost in the tragedy. 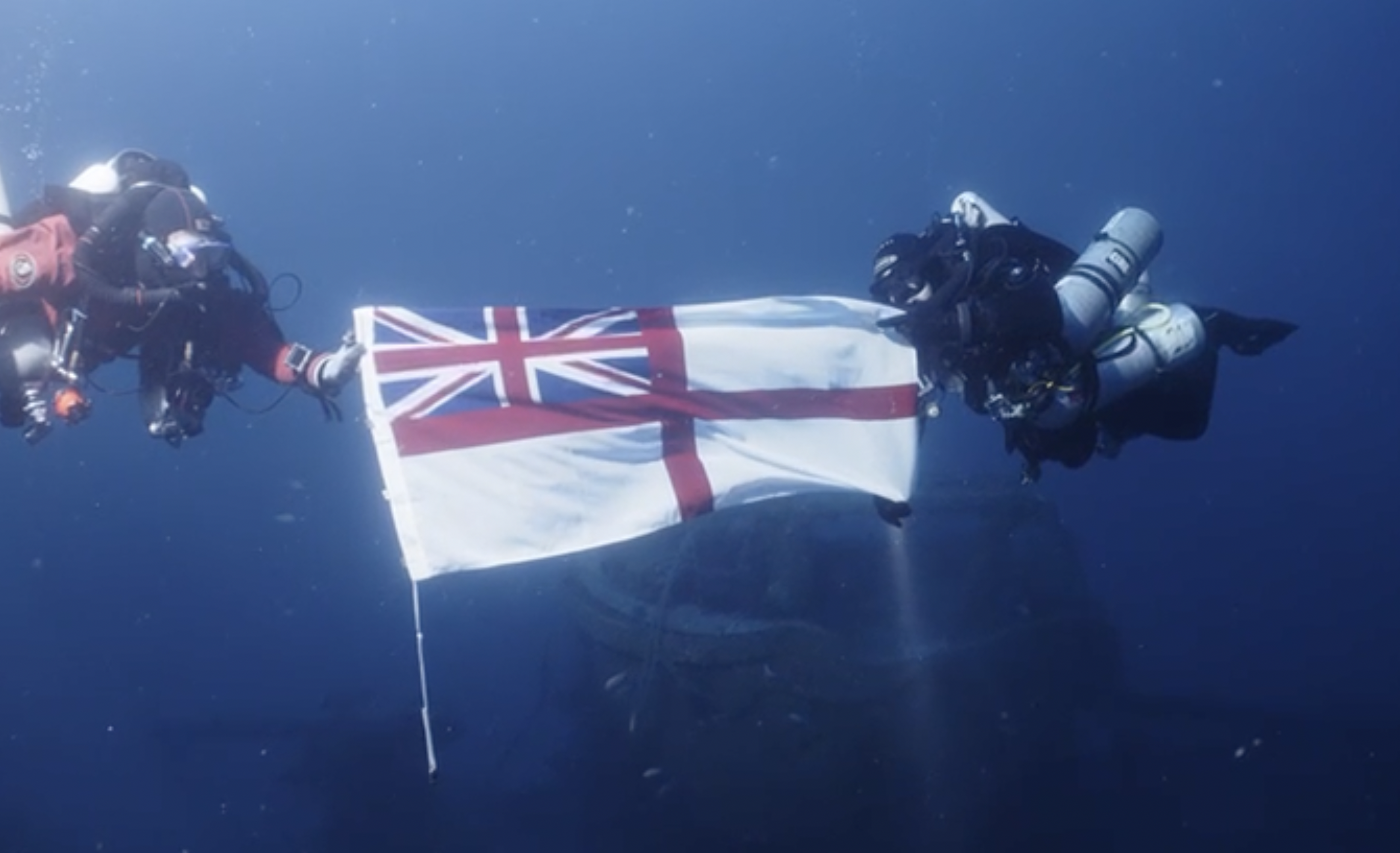 For almost eight decades the final fate of HMS Urge was unknown and it was only thanks to a remarkable feat of historical detective work that the mystery was solved.

The U-Class submarine, which was commissioned in 1940 and initially based at Dundee, was assigned to the Tenth Submarine Squadron in Malta in April 1941.

During her time in the Mediterranean she served with distinction, completing some 18 patrols, torpedoing an enemy battleship, sinking an enemy cruiser, and attacking enemy ships supplying Axis troops in North Africa. 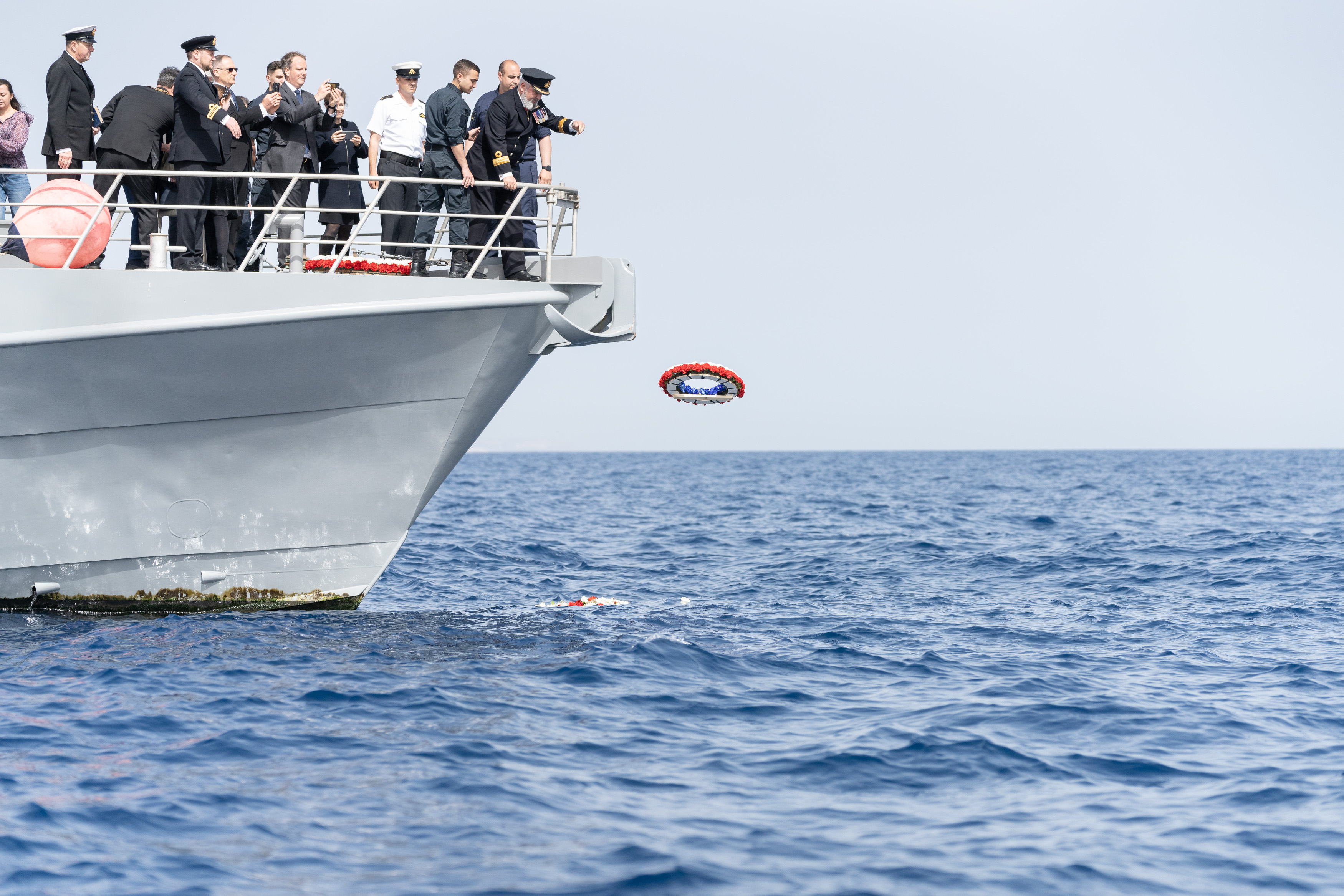 The submarine was even involved in top secret missions to land intelligence agents and some of the earliest Special Boat Service (SBS) Commandos on enemy-occupied soil.

But the intensity of attacks on Malta during this point in the Second World War forced the Royal Navy to eventually move their vessels to Alexandria in Egypt.

Out of the five submarines which sailed only four made it to their destination. 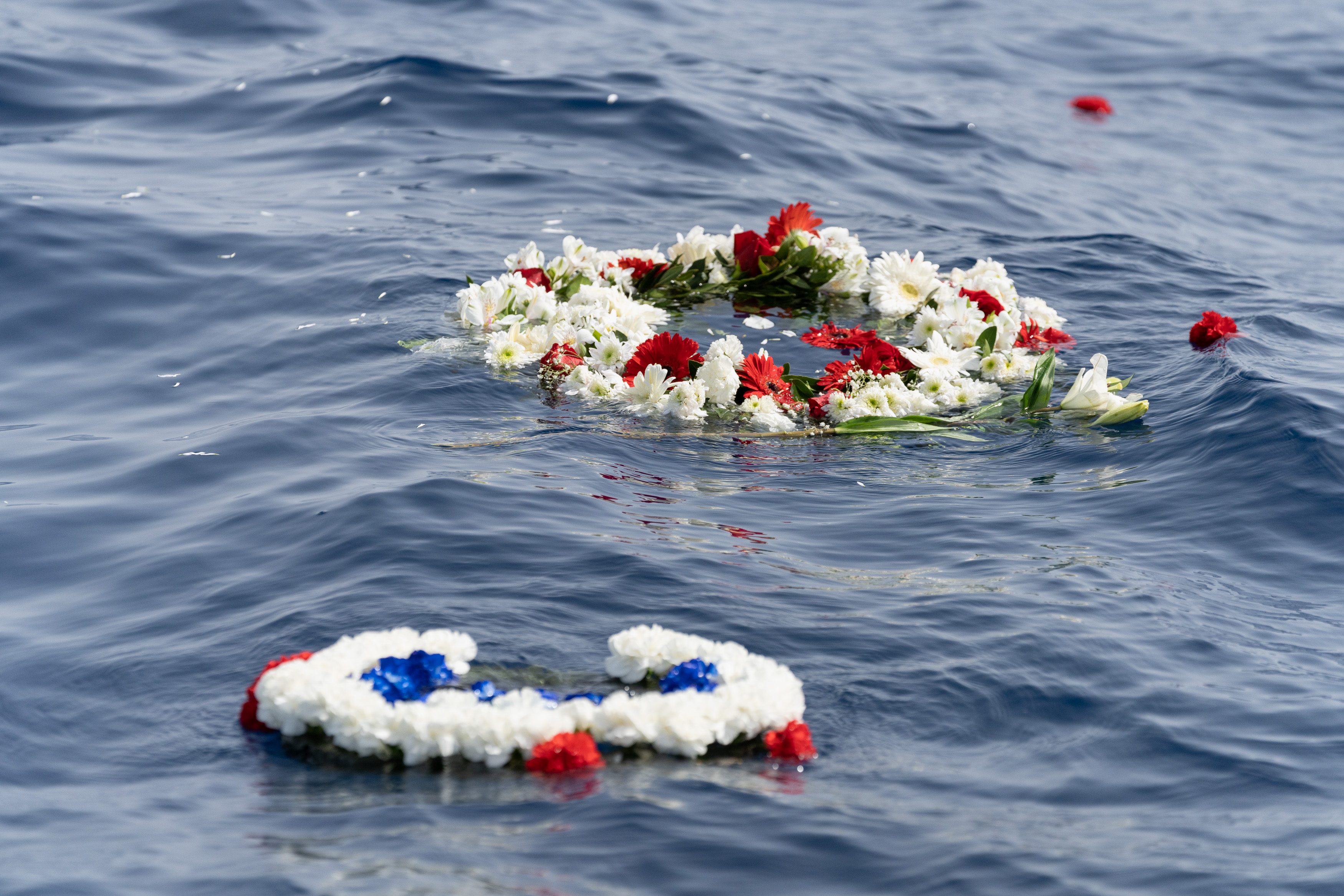 It was assumed that the Commanding Officer of Urge, Lieutenant Commander Edward Tomkinson DSO* and his crew fell victim to enemy action.  But it wasn’t until Francis Dickinson, the Lieutenant Commander’s grandson, teamed up with the University of Malta and a Canadian naval researcher that their final fate was known.

“Malta was among the most heavily bombed places during the Second World War and it got to the point that it was safer to be at sea than in harbour there,” said Francis. 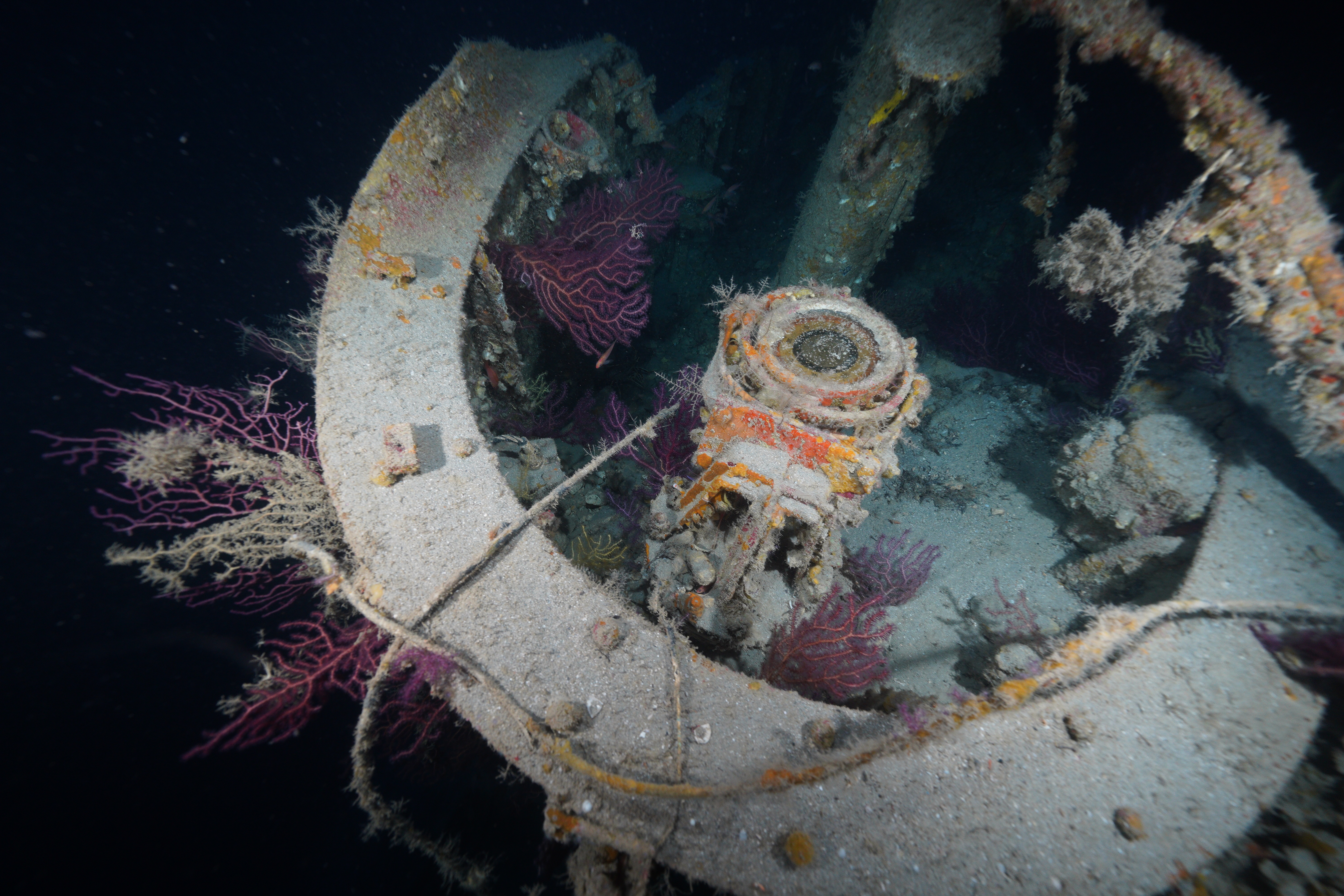 “In my search for HMS Urge, naval researcher Platon Alexiades and I contacted Timmy Gambin at the University of Malta and together we formed a search project.”

He continued: “Records of HMS Urge’s patrols are held in the National Archives, including records of the route which she was to take on leaving Malta.

“Using these, and my grandfather’s wartime letters, we began putting together the answer to what happened.

“Timmy Gambin’s expert knowledge of the waters and wreck sites around Malta and search capabilities were vital, and Platon Alexiades provided invaluable research on Axis plans which revealed that they had laid a minefield on the route HMS Urge was to take, just a few days before she sailed for Alexandria.”

Using this knowledge, in October 2019 the University of Malta team pinpointed what they believed was the wreck of Urge a few miles off the Maltese coast.  Although they were almost certain, a dive of the wreck was needed to confirm it.

Unfortunately, the COVID-19 Pandemic interfered with plans and it was only in 2021 that Timmy Gambin could coordinate the dive team which made the 300-foot descent to the resting place of the submarine.

The team were able to positively identify lettering on the hull confirming that it was HMS Urge and also confirm evidence that she had been damaged by a maritime mine. 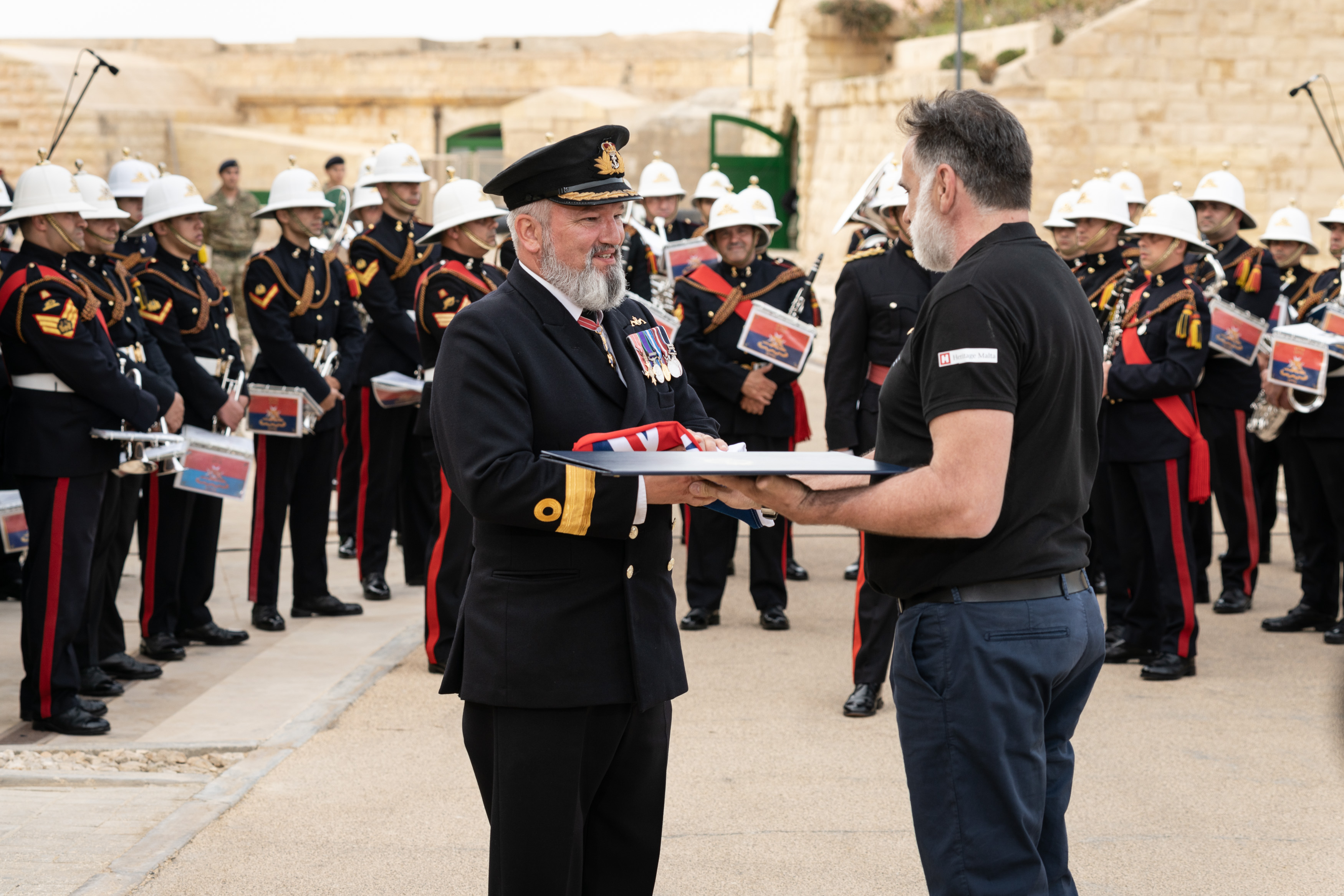 The new memorial to HMS Urge is situated at Fort St Elmo, facing out to sea in the direction of the remains of the submarine.  The solemn unveiling was also attended by President of Malta, George Vella, and British High Commissioner, Katherine Ward.  Members of the Armed Forces of Malta performed a gun salute in honour of HMS Urge. 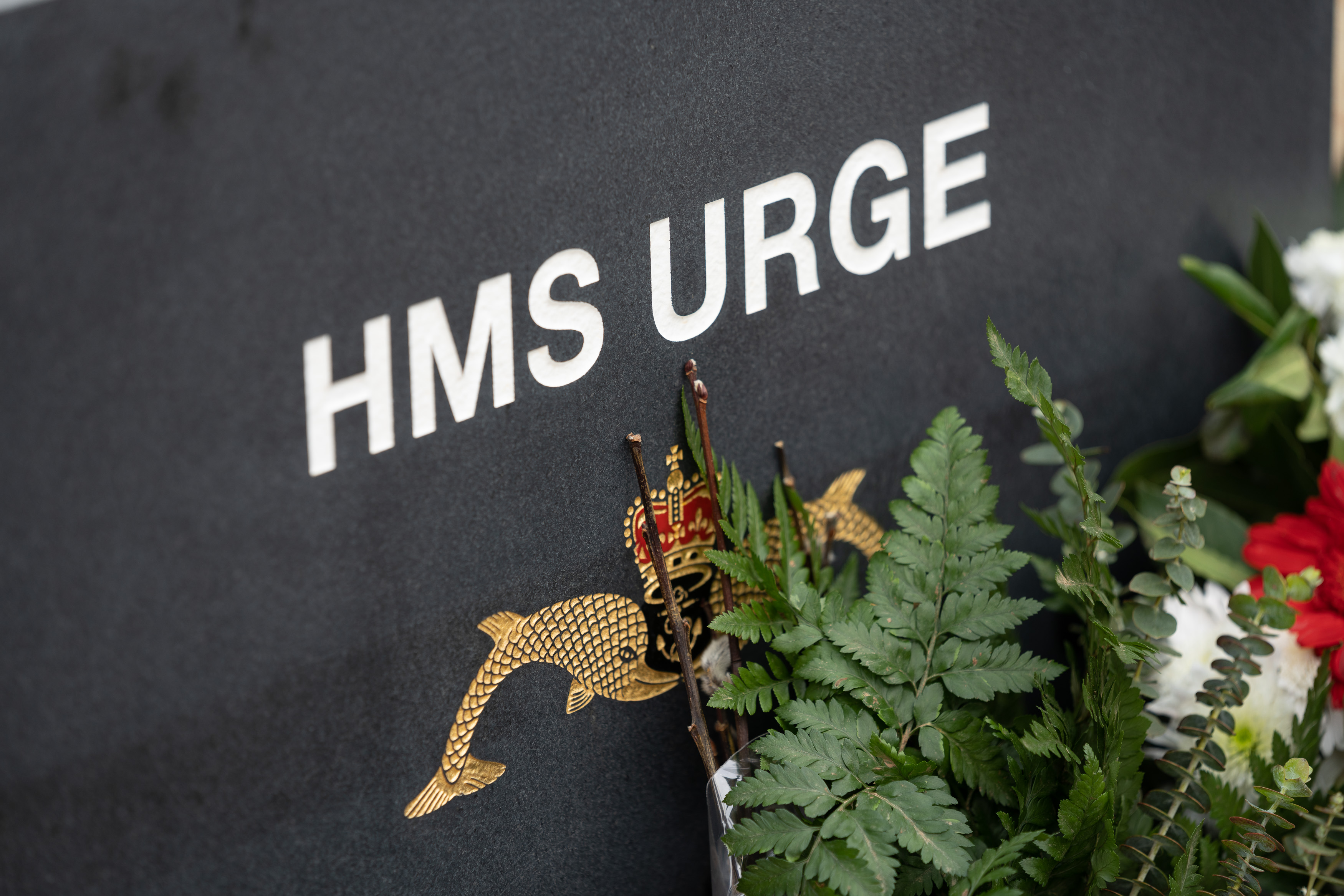 There was also the opportunity for families and submariners to lay wreaths in the sea above the wreck of HMS Urge and a service at St Paul’s Pro-Cathedral on the island.  Head of the Royal Navy Submarine Service, Commodore Jim Perks, also gave a talk at the University of Malta the day before the memorial unveiling. 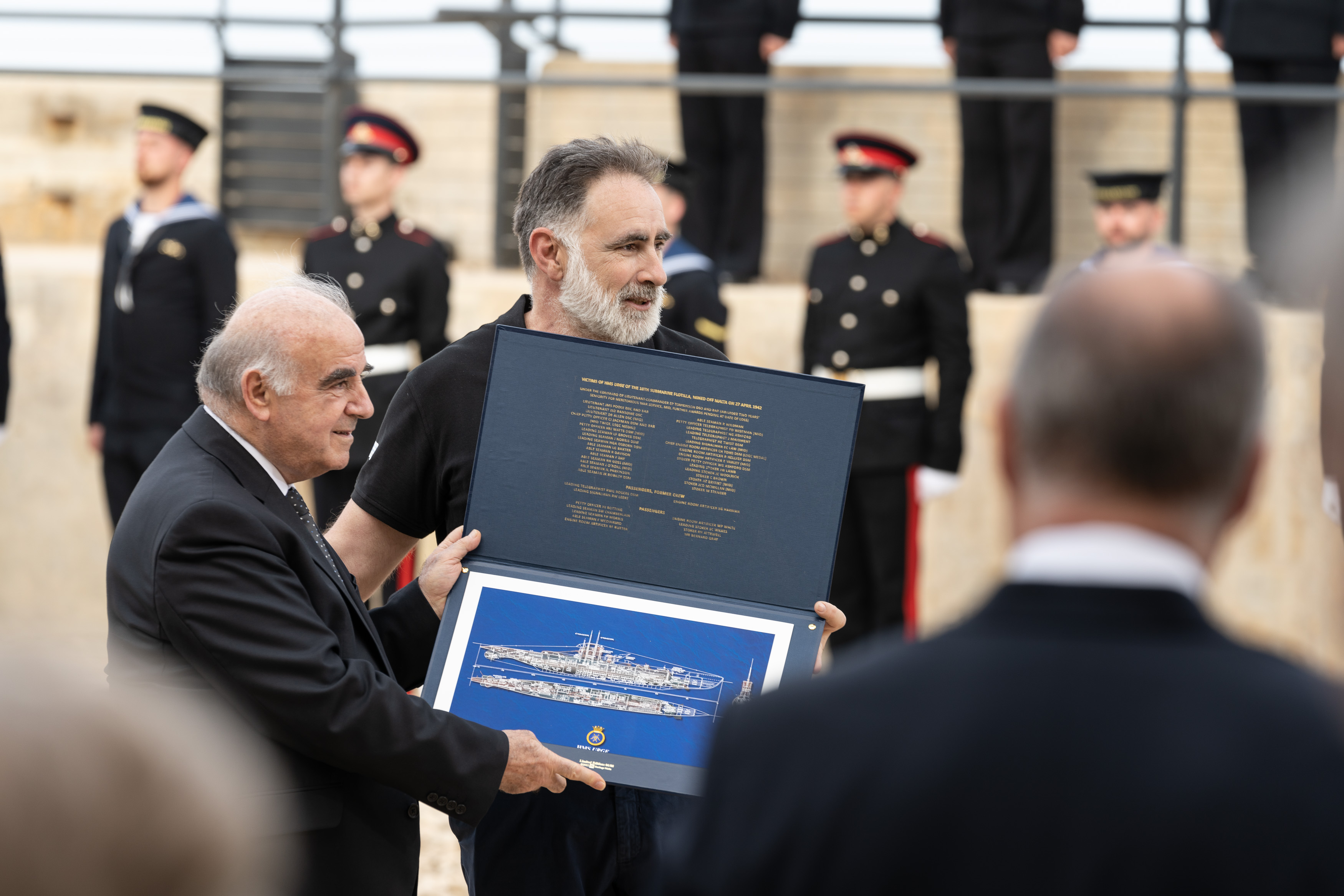 Francis said: “One of the best things about the discovery of HMS Urge has been the way it has brought together families of crew members.  About 35 of us have made the journey to Malta for the memorial service with many more following in the UK and beyond. 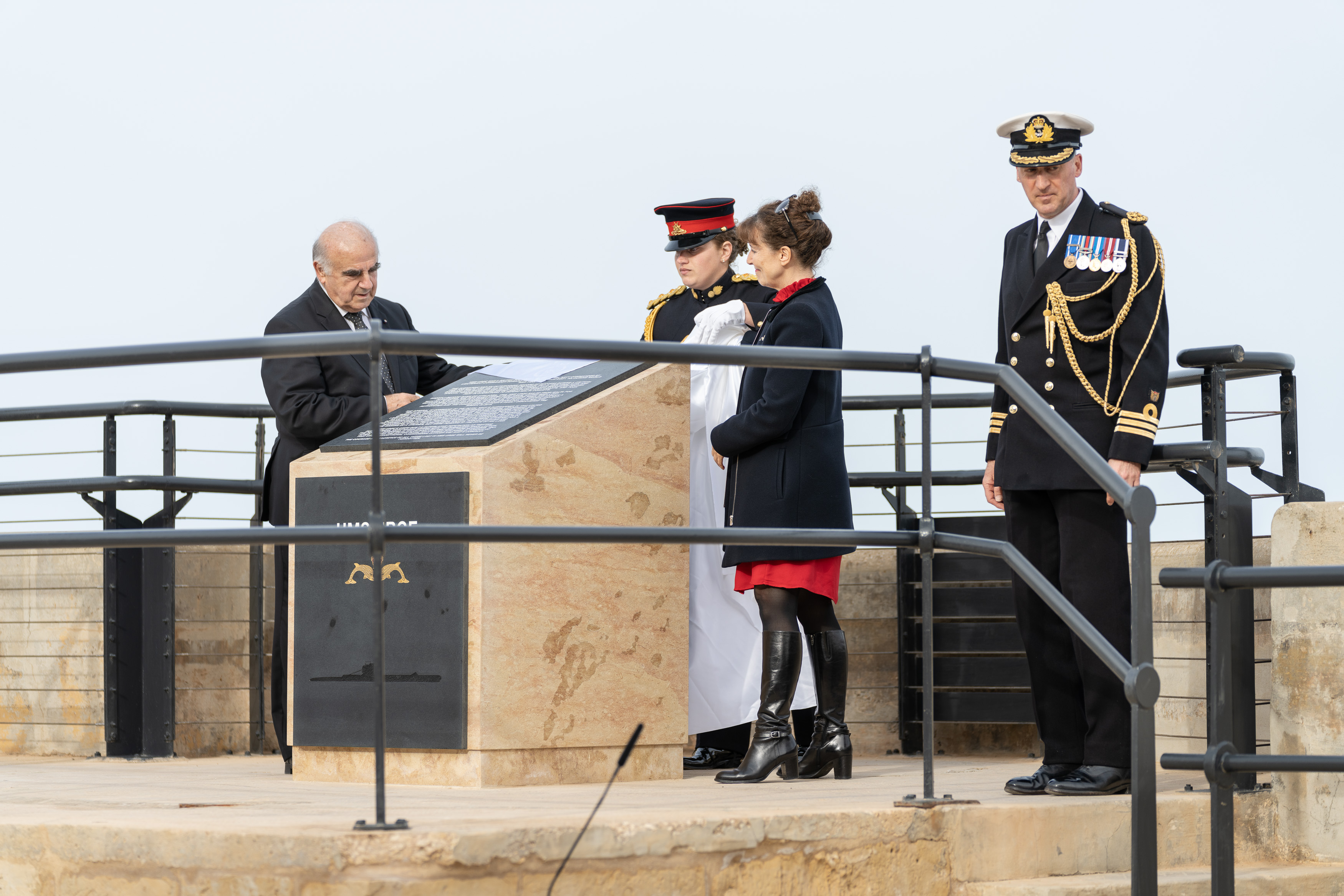 “It is a privilege to remember all those who were lost in HMS Urge.

“This is also a story of appreciation for Malta and the Maltese people.  I would like to pay tribute to them and their endurance and spirit during the war years and the connections formed with Malta today through this work.”

Commodore Jim Perks, the Head of the Submarine Service, who also attended the memorial unveiling, said:  “It has been an absolute privilege and an honour to be able to represent the Royal Navy Submarine Service at the commemoration evens held this week.

“To meet the families and the team from the University of Malta and Malta Heritage who have made this possible has been genuinely humbling.  Our heritage and history remain important to all Submariners today.”