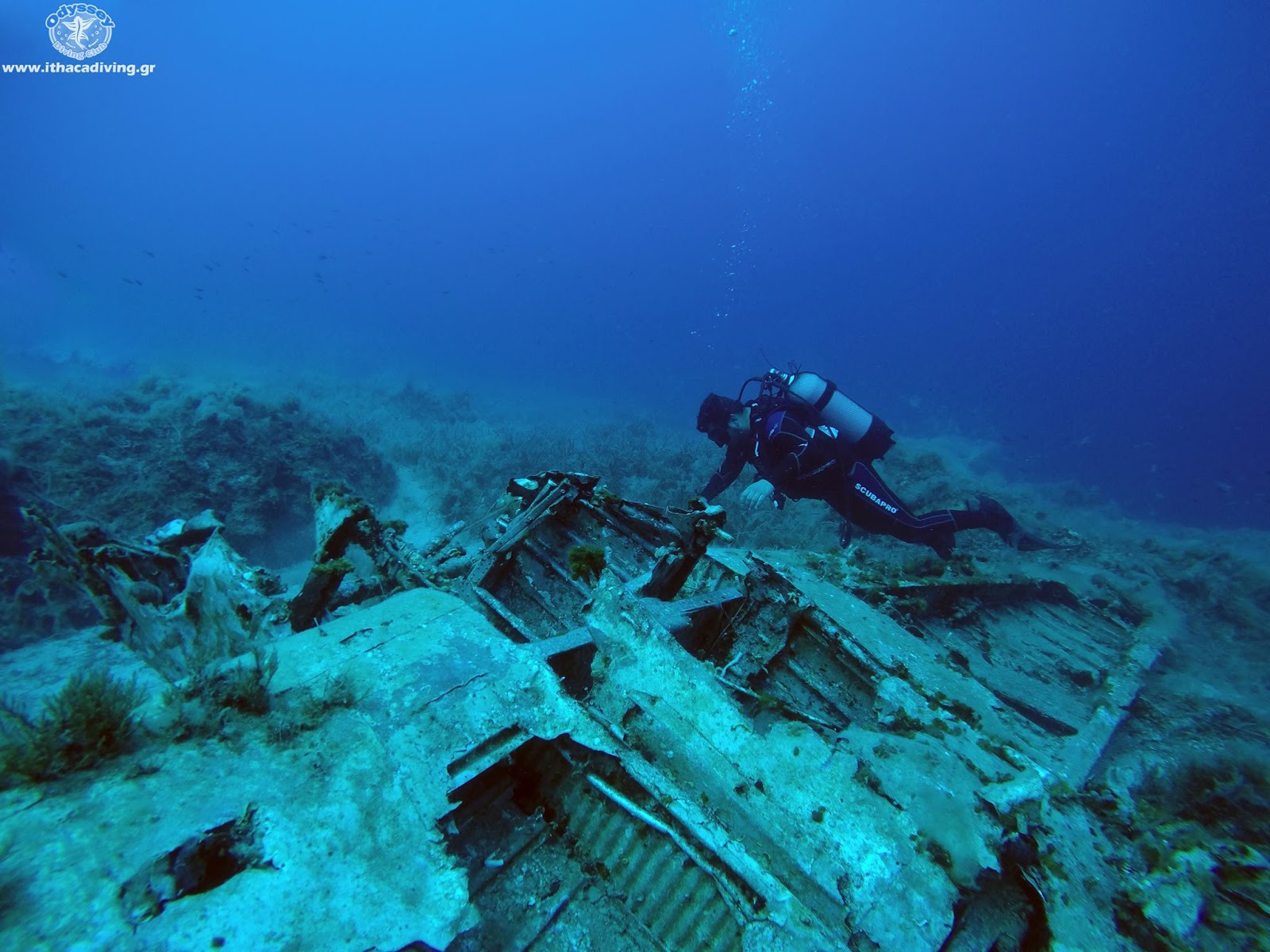 Ithaki or Ithaca is a Greek island located in the Ionian Sea, off the northeast coast of Kefalonia and to the west of continental Greece. 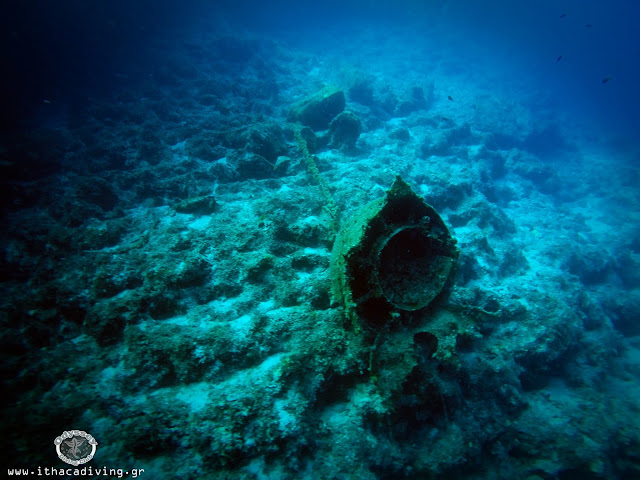 It is the second-smallest of seven main Ionian Islands, after Paxi. The capital, Vathy or Ithaki, has one of the world’s largest natural harbours. 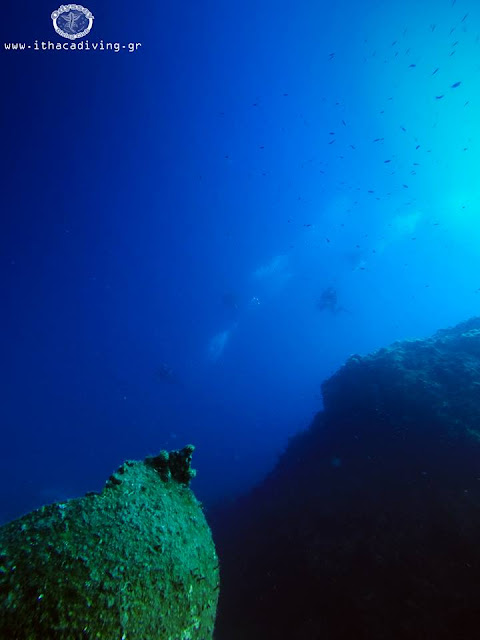 Ithaki covers an area of 120 square kilometres and has today a little more than three thousand inhabitants. 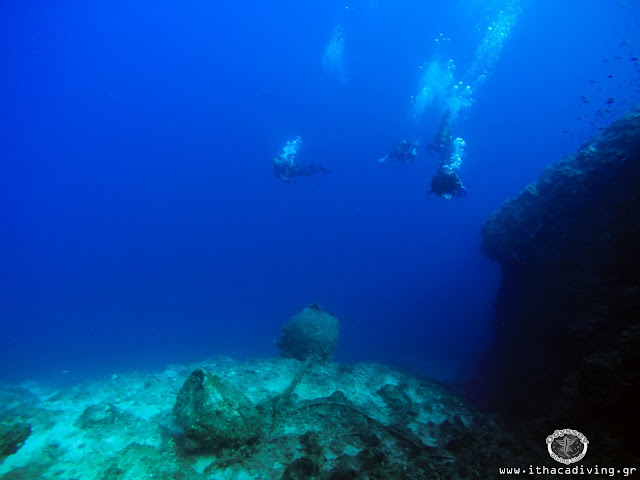 Modern Ithaki is generally identified with Homer’s Ithaca, the home of Odysseus, whose delayed return to the island is one of the elements of the Odyssey’s plot. 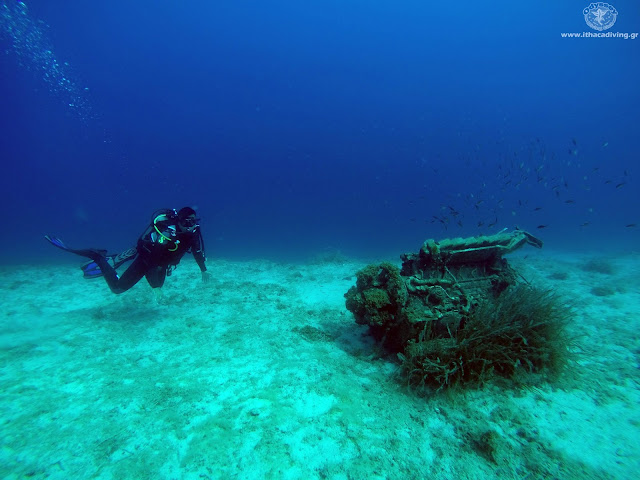 Mr. George Lilas, from Ithaki, shares with pierrekosmidis.blogspot.com and WW2 Wrecks in Greece unique photos of an aircraft wreck , as well as information related to this WW2 relic.

“The wreck of a Junkers 88 in southeastern Ithaki is well known. Locals say that the aircraft’s crew was found dead in a life raft.” 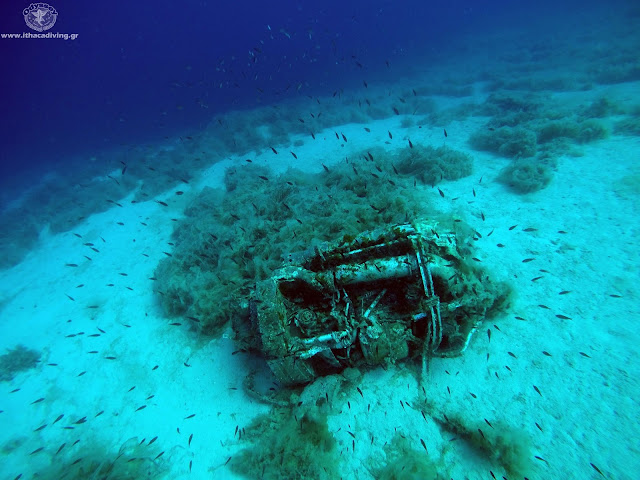 “The aircraft wreck was found at a depth of just 15 meters and efforts to salvage it after the war was over, resulted in its breaking into several pieces”, Mr. George Lilas added. 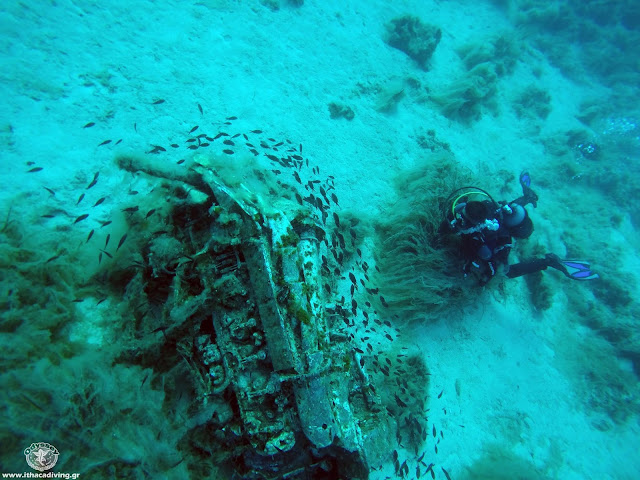 “The tail of the aircraft is located at a depth of 36 metres, while the two engines of the Ju88 can be seen at depths ranging from 20 to 26 meters.” says Mr. George Lilas. 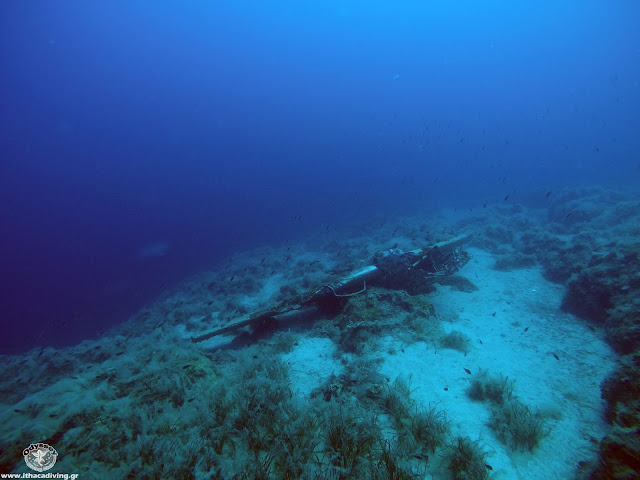 “The cockpit, some people claim, is at a depth of 80 meters but I have not dived myself to check  it.” Mr. George Lilas says.
According to respected researcher Mr. Thanos Antonelos, we now have the following details:
Ju88 A4 of IV.LG1 wr.n 5624 (L1+NV) crashed on the 16/3/1943.
Crew KIA.
Was flying in a mission of Sedes-Ithaca-Efstratios-Thessaloniki.
Lehrgesschawadwr 1, was stationed at Eleusis at that time.
A very unique Unit, that has been used from Luftwaffe at the invasion in Poland, in Britain, in Balkans and in Africa.
When the aircraft crashed, the Commander was
Obsltlt (Wing Commander) Von Buchholtz.
Crew of (L1+ΝV)
Obgfr. Neff Georg.
Obgfr. Neff Walter.
Obgfr. Mogg Manfield.
Obgfr. Kullmann Karl-Heinz.
No other Ju88 crashed near Ithaca. 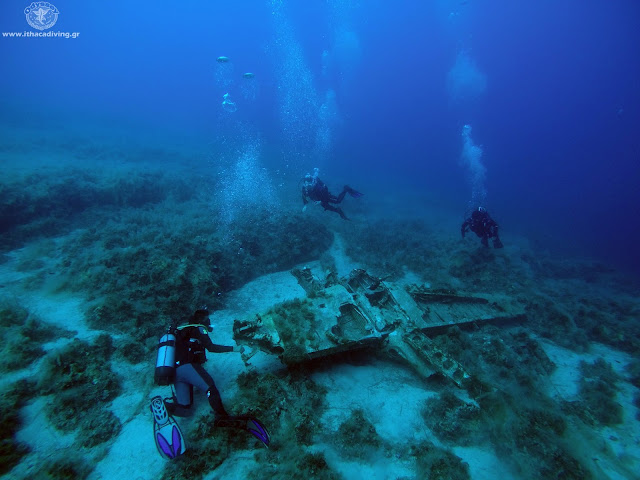