In the bustling port of Piraeus nowadays, thousands of tourists from all over the world are waiting every day to sail for a holiday to the Aegean islands and dozens of ships of all types are berthed at the docks.

75 years ago, however, in the evening of April 6 th,1941, the exact day of the nazi invasion in Greece, codenamed Operation Marita, Luftwaffe bombers turned the port into a pile of rubble, sinking or causing serious damage to most of the ships which were berthed in Piraeus.

According to the communiqué issued by the Greek authorities the next day, “the German air force attacked yesterday, on the first day of the Greek-German war. Piraeus was bombed with a loss of a cargo steamer, a sailboat, causing small damage to the buildings and few casualties among the civilian population” .

The identification of the wreck

In 2012, a diving team consisting of Kostas Thoctaridis, Nikolas Vasilatos, Kostas Papastefos and the diving team’s underwater photographer Helen Tsopouropoulou, along with the researcher of Naval History Aris Bilalis, identified the shipwreck:

“The impressive wreck, with an overall length of 141 meters is at a depth  of 94 meters, off Cape Tourlos in Aegina island.

The purpose of the dive was first to identify the wreck and to get a general idea of the ship. Further dives are to be conducted, in order to continue the exploration of the wreck, along with historical research”. says Mr. Vasilatos. 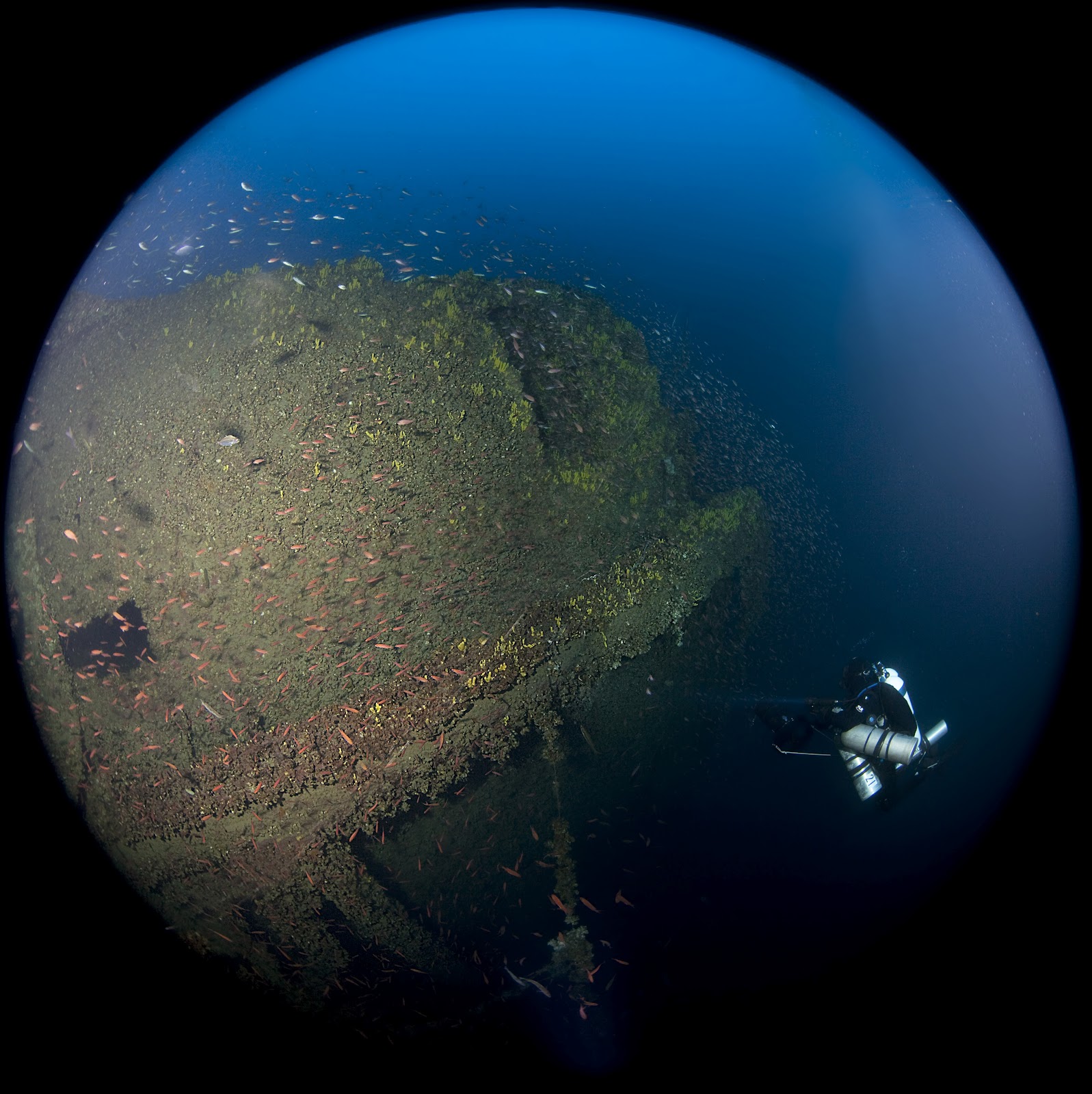 The images from the abyss are indeed impressive. The wreck has now been transformed into a welcoming oasis for all sorts of marine life.

“Diving in historical shipwrecks of exceptional interest, as composing the puzzle of maritime history and takes us in a unique way at other times,” observes Mr. Thoctaridis.

The ship suffered new hits during the German bombing of  April 6 th 1941.

Clan Fraser,  which was laden with 350 tons of high explosive was directly hit and the horrific explosion which followed scattered havoc.

According to the official records of the Historical Service of the Hellenic Navy, the garrison in Aegina realised the frenzied course of the ship and tried to warn her.

The “Petalioi” awaits for her official… recognition

A few miles further north, another wreck at a depth of 74 meters is probably the steamboat Petalioi. On April 6 th 1941, Petalioi was hit by flaming debris from the Clan Fraser. The vessel was under tow in order to be taken out of the port of Piraeus, where she sank.

The 6,565 tons ship was built in 1917 at the Doxford & Sons shipyards in Sunderland as Admiral Cochrane. In 1928 the ship was renamed Petalioi .