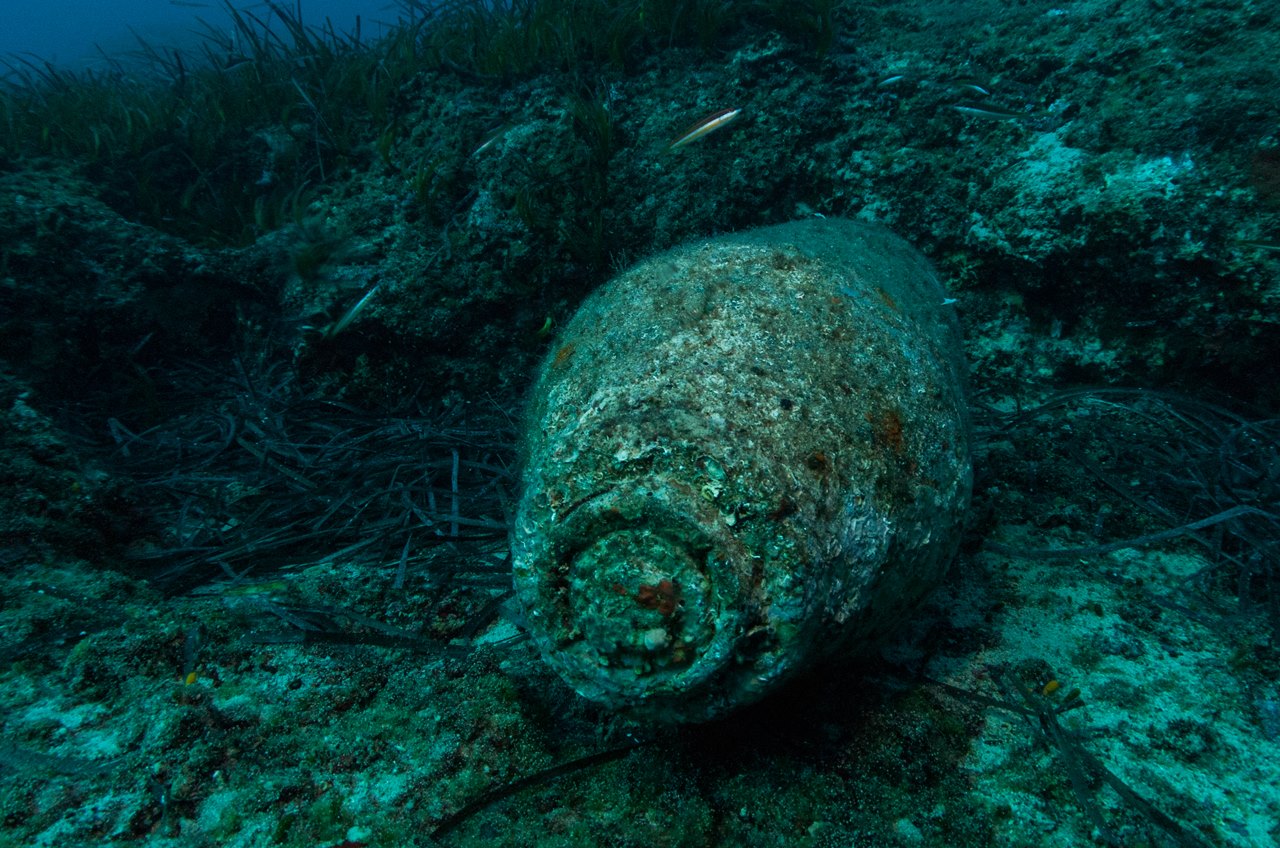 Scuba divers conducting research in the Saronic Gulf, Greece, close to Patroklos Island, made an… explosive discovery!
The diving team located two unexploded World War 2 aerial bombs, most probably used against Axis shipping in 1943.
The AN-M64 were used as general purpose bombs weighing 500lb each. The explosive charge consisted of 267 lbs of TNT or 274 lbs  of “Composition B”.
The bombs were originally painted in khaki colour, with a yellow stripe marking the gravitational center.
According to USAAF documentation, the AN-M64 bombs were ideal against targets such as railway lines, bridges, small boats and docks and were mainly used by B-17, B-24 and B-26 bomber aircraft.
The Aviation Archaeology team researched the files and found out that one of the following two aerial attacks in 1943 are most probably the ones “responsible” for these bombs.
The first attack, which is reported in the War Diary of 21 U_Jägerflottille, relates to the aerial bombing of the Axis ships “BULGARIA” and “DRACHE” close to Sounion, on January 3rd, 1943. This is most probably the air raid that left the unexploded bombs at the seafloor for over 70 years!
The second air attack happened on November 17th, 1943 when Allied B-17 bombers attacked the main airport of Athens in Hassani, occupied at the time by the Germans, but it is unlikely that the bombers dropped off their lethal cargo that far from their target.
698
3026
1148
989
1057
826