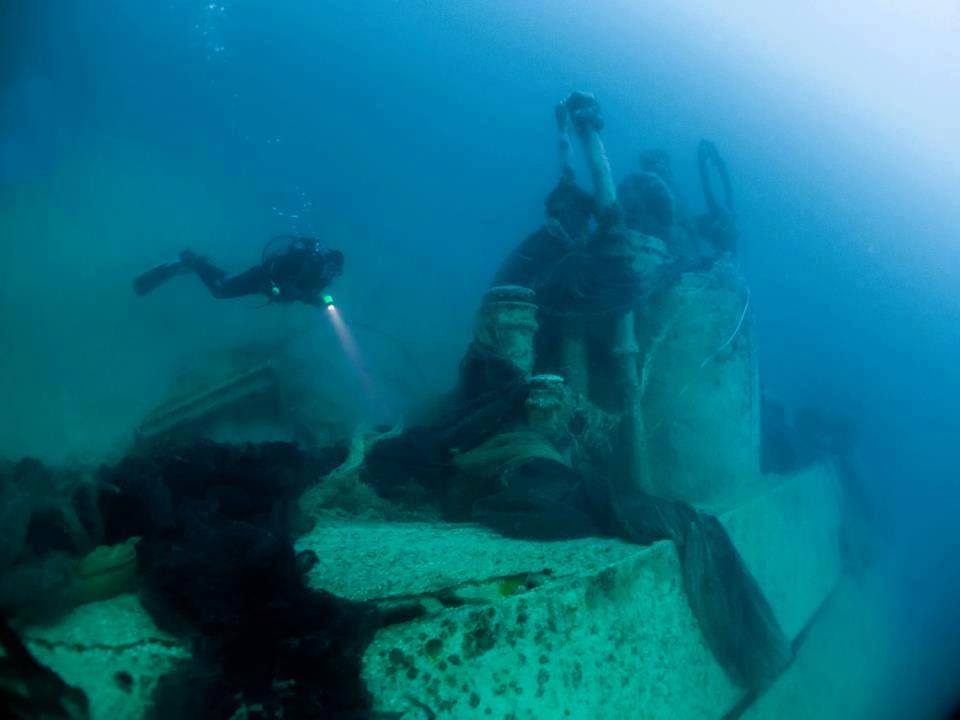 For years, German submarines U-19, U-20, and U-23 were a terrifying presence beneath the waves, preying on British and Russian shipping.

Then, 72 years ago, they suddenly vanished to the bottom of the Black Sea.

One of the lost submarines, the U23, was found by Turkish divers.

The search began along the Turkish coast near the town of Zonguldak in 1994, after the Turkish navy complained that it was having difficulty conducting minesweeping operations.

Local people had known for years that the submarines were out there under the water somewhere, though the remarkable story of the U-boats is one of the lesser known episodes of the war.

Mr. Asım Karsçakar, an experienced scuba diver and explorer from Turkey, shares with pierrekosmidis.blogspot.com and WW2 Wrecks in Greece his experience. “3 U boats, U 20, U 19 and U 23 were scuttled by their crews close to the Turkish coast of Black Sea on 10 and 11 September 1944. All crew landed safe and were arrested. They stayed two years in Turkey  in Afyon city, as prisoners of war, before returning to Germany.”

According to respected researcher and author Mr. Larry Paterson, who writes books about the Kriegsmarine, “Kretschmer took command of U23 in October 1937 and the boat never went to Spain.

He served as IWO aboard U35 off the Spanish coast as part of the Nyon deployment, but U23 didn’t take part in that (most of the boats there were Type VII and IA though I believe two Type IIs were briefly present as well).

U23 was on an operational footing in the North Sea during the Austrian anschluss and annexation of the Sudetenland and, of course, after war was declared.
The first ship he sank was the 876GRT SS Glen Farg on 4 October 1939.

The Danish tanker ‘Danmark’ was the fourth ship he had sunk.
The Weddigen Flotilla had seven boats on strength when war was declared; many of the pre-war boats having transferred to the ‘Lohs’ Flotilla (3rd).

By the year’s end ten U-boats had passed through the flotilla, though U17 transferred to the training unit in November (U-Ausbildungsflottille)
The Type II was not particularly popular as they were extremely cramped and had a limited weapon load, compared with the (comparatively) more spacious Type VII. That’s not to say that they were unpopular either… that was reserved for the Type I which was slow to dive and unwieldy.
In the Black Sea, only U9 was lost directly due to enemy action after an air raid on Constanta on 20 August 1944. Both U18 and U24 were damaged and not committed to action again, but they too were scuttled on 24 August south east of Cape Tuzla.

Interestingly all three had just been taking part in experiments at launching rockets from underwater, but unsuccessfully.”

The U-boats of the 30th flotilla were small by Second World War standards – only 140 feet long – which made them popular with the Kriegsmarine when it was rearming in the 1930s.

The Type II-B, nicknamed Einbaum (dugout canoe), were cheap to build and could be run off an assembly line quickly. Once war began, the smaller submarines were taken out of action in the Atlantic and North Sea as soon as larger boats could be built to replace them.

But their size was an advantage when choosing craft for their next deployment. After the invasion of the Soviet Union in June 1941, the German high command decided that it needed the flotilla to attack Soviet ships in the Black Sea.

To have taken the subs by sea past Great Britain and Gibraltar would have been hazardous. And they would then have had to go through Turkish waters, violating that country’s neutrality.

So it was decided they would go by land. Each weighed just under 280 tons, making it easier to convey them on their 2,000 mile (3,300km) journey overland.

The submarines docked in Kiel and were taken by canal to the Elbe, then upstream to Dresden.

There they were dismantled and taken 85 miles by lorry to Ingolstadt, on the Danube. They were then ferried hundreds of miles through Germany, Austria, Hungary and Romania, to the Black Sea port of Constanza.

Over the next three years, the flotilla sank 45,000 tons of Soviet shipping, while losing three boats.

But in September 1944, the Red Army entered Romania, its government switched sides, and the remaining three subs were stranded.

Their crews were ordered to scuttle their boats and try to make it home by land. They rowed to Turkey, but were interned for the rest of the war.

Mr. Asım Karsçakar says: “In 1992 I contacted Rudolf Arendt, the commander of U 23 and Hupert Verpoorten commander of U 19. They explained in detail the conditions of the scuttling of their U Boats and their story and adventures in Turkey.” 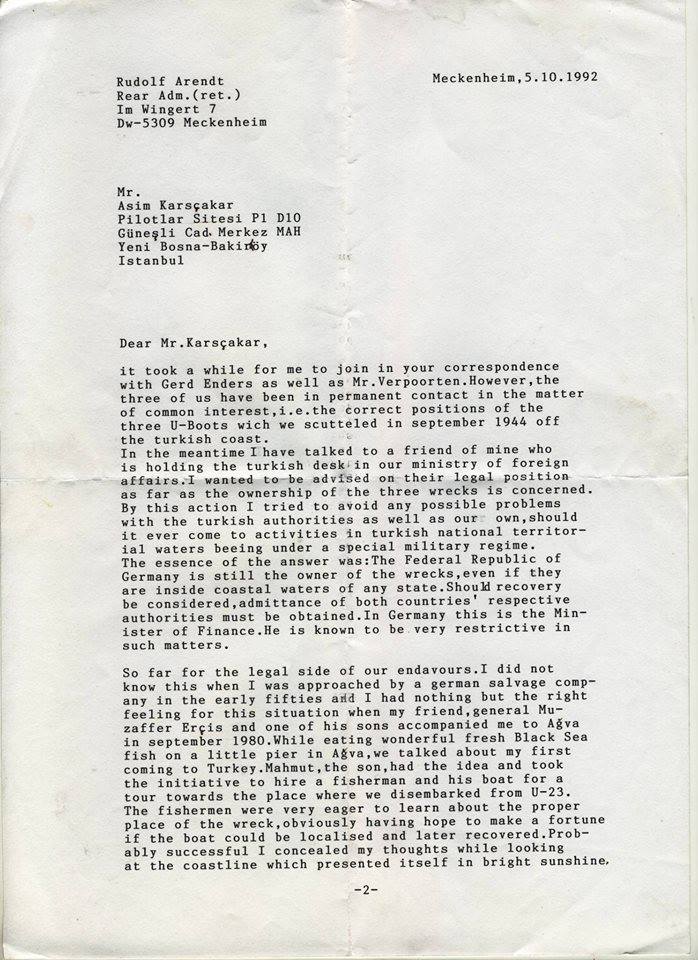 Only 20 Type II-B submarines were ever built, and just one survives, making the prospect of retrieving three of them in good condition an enticing one for naval historians.

And as the 25 man crew of each ship got out alive, they are not considered to be war graves.

The U Boat wreck is just in 22 meters depth Mr. Asım Karsçakar says. “A diving club owned by Mr. Volkan Demircioğlu in Karasu city began organising dives there. We dived and took pictures in 2013 -2014 as a group formed by Mr. Volkan Demircioğlu,Selçuk Dilşen and Tolga Dumlu.The U boat is totally intact and in a very good condition. U 19 and U 23 still waiting to be discovered.”