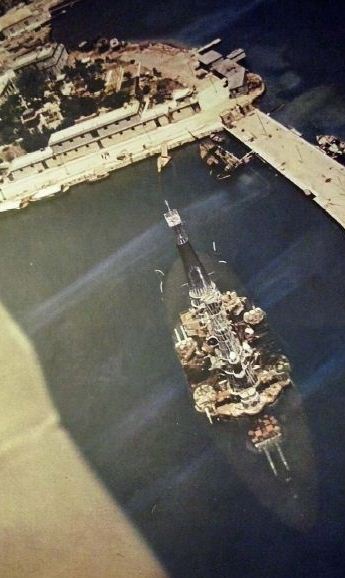 Battleship Kilkis (Greek: Θ/Κ Κιλκίς) was a 13,000 ton Mississippi-class battleship originally built by the US Navy in 1904–1908.
As Mississippi she was purchased by the Greek Navy in 1914, and renamed Kilkis, along with her sister Idaho, renamed Lemnos.
Kilkis was named for the Battle of Kilkis-Lahanas, a crucial engagement of the Second Balkan War 1912-13. Armed with a main battery of four 12 in (305 mm) guns, Kilkis and her sister were the most powerful vessels of the Greek fleet. 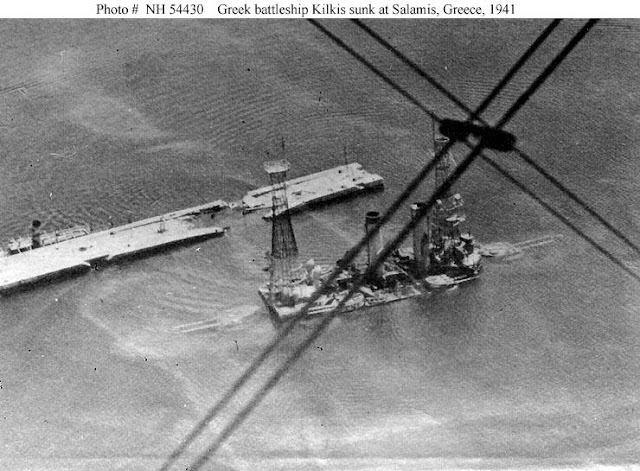 The ship saw limited action during World War I. Greece’s pro-German monarch, Constantine I opted to remain neutral until October 1916, when pressure from the Triple Entente forced him to abdicate in favor of a pro-Entente government.
For the remainder of the war, Kilkis operated solely as a harbor defense ship. In the immediately ensuing Greco-Turkish War of 1919–1922, Kilkis supported Greek landings in Turkey and participated in the final Greek sea-borne withdrawal in 1922. 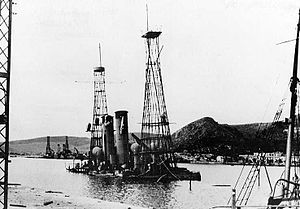