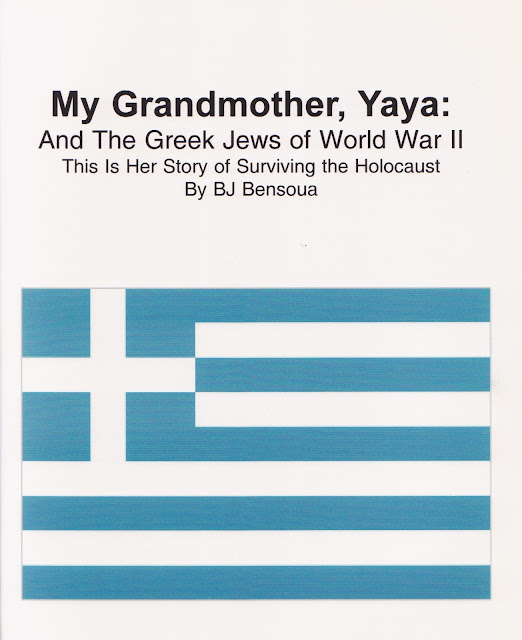 By Benjamin Bensoua* **
My grandmother, Eleanor Isaac, knew something was very wrong when her cousins burst into their small home in Volos, Greece, and warned them to leave because the Germans were going to register the Jews.
This was in late 1943 and Eleanor was a young, happy, newly married Greek Jew.
The Holocaust has been a real, troubling memory in our family because after that day, Yaya was never the same.
Even today, Yaya still cringes in fear at the sight of a policeman in uniform because it brings back memories of the Nazis. 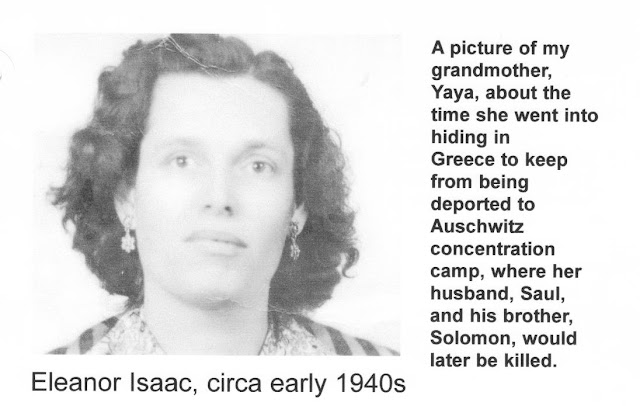 ‘It’s time to flee’
Rather than register, her cousins Gabriel and Minas Sabatei, told Yaya’s family they should sell their belongings and hide.
One day while Yaya was out selling what few possessions they had, German officials came to their street.
Greek collaborators pointed out the Jews. Yaya’s husband and his older brother were imprisoned under false charges that they were organizing partisans to fight the Germans.
In a panic, Yaya sent flowers and money with a Christian neighbor to go see the jail’s German commander in an effort to free her husband.
The commander told the neighbor that he was forbidden to release any prisoner with a Jewish name, that only prisoners with Greek names could be considered for release.
Taking pity on my grandmother’s plight, he told the neighbor to tell Yaya to flee, because the roundup of Jews was imminent.
They went into hiding before the mass arrests of Jews occurred on March 23, 1944.
“Please put in your story that this German knew he could not release my husband, but he wanted us to escape the deportation roundups,” said Yaya. “Not all the Germans were bad. I want people to know that.”
Yaya asked me to write this, in spite of the fact she learned later in the war that her husband and his brother were killed in the gas chambers of Auschwitz concentration camp in Poland.
Reports place the number of Greek Jews sent to Auschwitz at more than 54,000.
Until the Germans left Greece, Yaya and her mother, Haido Isaac, hid in a sprawling olive orchard and in a loft above a horse barn. 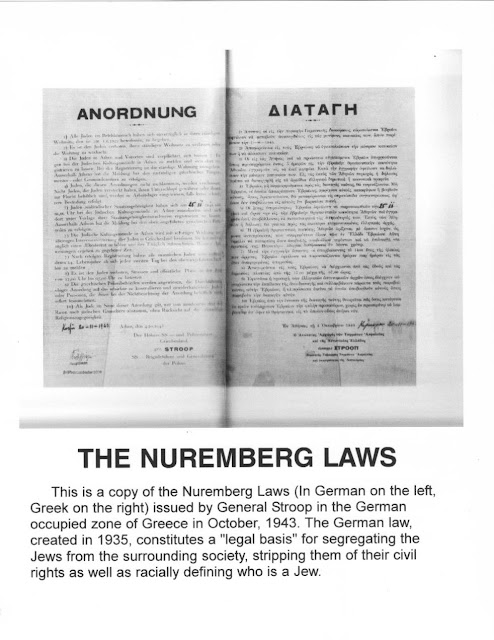 It was in hiding that her daughter was born, but the baby died soon afterwards of malnutrition.
“We were always looking for something to eat because we couldn’t work … we could only hide,” recalled Yaya. “There was nothing to give the baby.”
In my research of the Greek Jews of World War II, I was startled to discover that the percentage of Greek Jews killed by the Nazis was one of the highest in Europe.
Rarely does anyone, let alone history, mention the Greek Jews.
The thriving Jewish community of Thessaloniki was wiped out. Between 60,000 and 70,000 Greek Jews — nearly 90 percent of the total prewar population — died, most of them in Auschwitz, according to Irene Peroni of BBC News, in her report “The Lost Jews of Greece.”
My grandmother was one of those survivors.
I think about how I would have had an aunt. I think about how unhappy Yaya has been all these years, her mind never really letting her leave the early 1940s of Greece.
Although Yaya remarried and immigrated to the United States, happiness has eluded her. This is her private Holocaust.
I want others to know that people don’t have to be in a concentration camp to be a Holocaust survivor.
Yaya is a Holocaust survivor in her own right, and in some ways is still in a psychological prison created by the Nazis.
My father calls it “the unrelenting deterioration of the human spirit” … a situation where a terrible chapter of the past prevents a person from turning the page and being happy in the present. He calls it a “book with no good ending.”
The generation that lived through the Holocaust is dying out, and we need to get their stories on paper before they are all gone.
The Holocaust is more than an important footnote of history. It is an obligation to remind the world that what happened before can happen again. I’m glad Yaya’s story is now part of the Wiesenthal Center’s collection of Holocaust testimonies. 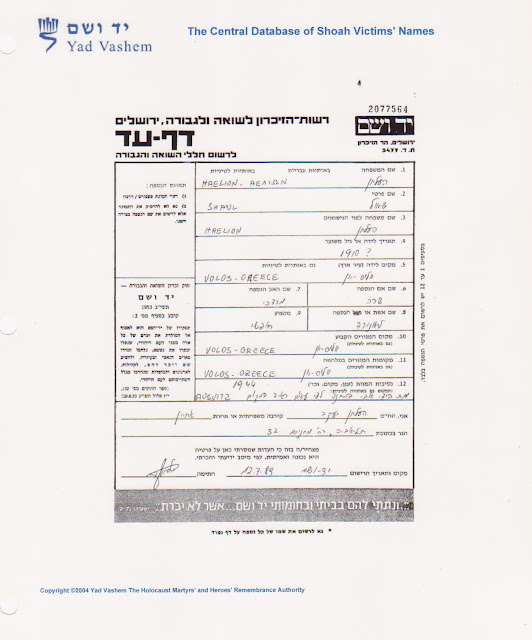 It wasn’t just the Nazis
Why should we never forget the Holocaust? Because it was not just the Nazi regime that was responsible for trying to destroy the Jewish race.
I found instances of heroic Christians and officials unwilling to help the Nazis exterminate the Jews, even though they put their own lives in peril. 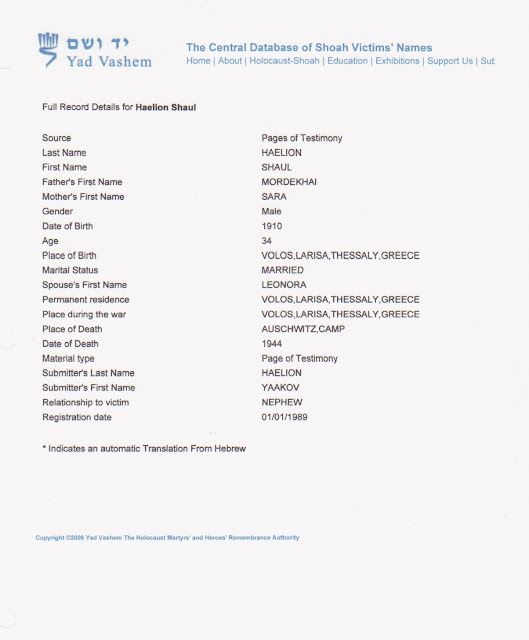 Yet, the more I researched Yaya’s story, the more I discovered anti-Semitic populations more than willing to do the Germans’ bidding, no matter the country.
In his book, The Jews of Greece: An Essay, historian Nicholas Stavroulakis notes this about Greek Jews and the Holocaust:
“Those who had not returned [to Greece] died in Poland. In some towns, a few Jews either survived the deportations, emerged from hiding or survived the camps, but they returned to find emptiness.
Of the Jews of Crete, none survived on the island.
In Zakynthos, all of the Jews were saved through the efforts of its archbishop and mayor, while on nearby
Corfu, the mayor and chief of police declared a holiday on the day the Jews were deported. …”
This is Yaya’s story, and now it is ours.
* This story and photos are included in the Library at the Museum of Tolerance in Los Angeles
** Benjamin Bensoua’s story originally ran on April 23, 2006, in “The Daily Breeze” newspaper.
698
3026
1148
989
1057
826