Photos and documentation by Pamela Harrison

www.ww2wrecks.com has previously featured a story on The WW2 “flying coffin” that never returned: The search for the lost Beaufort

Mrs. Pamela Harrison has dedicated her time and efforts to help locate the doomed aircraft and the final resting place of its crew members.

On September 9, 2020, 77 years after A9-317 was lost, a special ceremony will take place in Victoria Square, Busselton, Australia.

A special plaque, commemorating the loss of its aircrew, will be placed on the Memorial Wall. 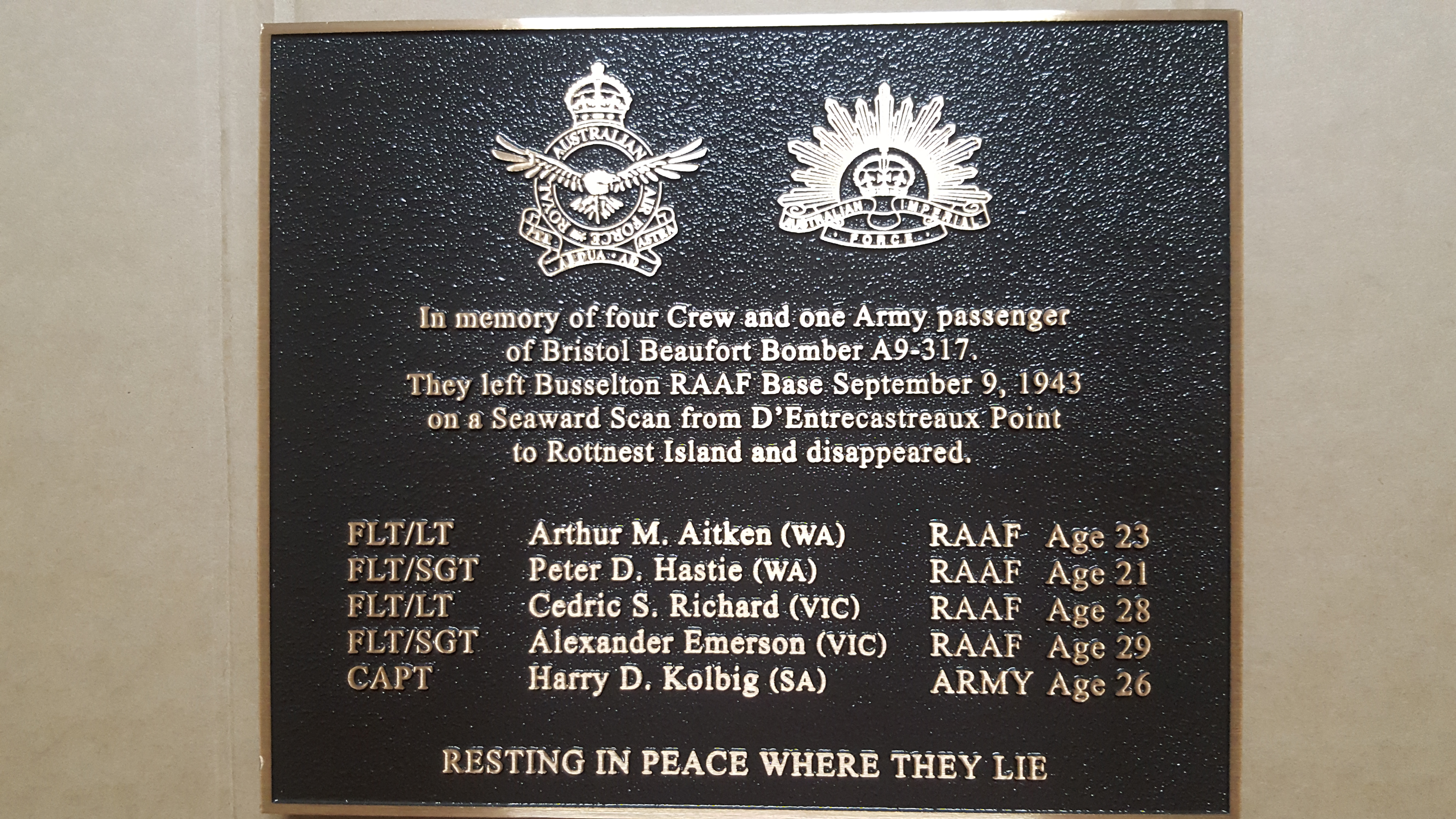 The Bristol Beaufort Bomber A9-317 from RAAF 14 Squadron left Busselton RAAF Base September 9, 1943 at approximately 1150hrs on a Seaward Scan from D’Entrecastreaux Point to Rottnest Island and was due back at RAAF Base Pearce at 1630hrs.

The Volunteer Air Observers Corps post at Darradup had reported seeing the aircraft fly over there at 1202hrs.

The M.V Nordnes was heading to Fremantle. Under strict radio silence no further word was heard from the Beaufort.

When the Beaufort was reported overdue at RAAF Base Pearce at 1730hrs, attempts were made to contact it but were unsuccessful. Emergency procedure was introduced, with extensive search’s that evening by 14 and 25 Squadrons RAAF and 52 Squadron US Navy aircraft and continued on September 10th 11th and 13th.

These searches covered the coast from Fremantle to Albany extending 20 miles to seaward with a more intensive search of the area up to 120 miles west of Cape Leeuwin and Cape Naturaliste, and south to Albany. In addition, US Naval authorities instructed all seaward patrols in the area to keep a lookout for the aircraft. 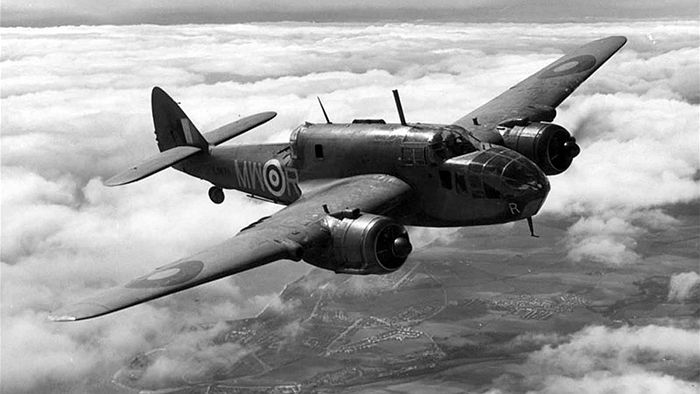 On arrival in Fremantle the next day, the Captain of the “M.V.Nordnes” advised officials that the Beaufort carried out a normal approach procedure on his ship and after identifying the ship it turned and climbed and was last seen heading Southwards which would have put it back on the assigned Patrol “N” track. The captain of the “Nordnes” had said that A9-317 appeared to be flying normally.

At approximately 1215 hrs. on the 11th September the freighter “Duke of Sparta” sighted a yellow dinghy approximately 85 nautical miles off the south-west coast, and slightly of the course of the Beaufort’s patrol.

The ship circled the dinghy for an hour but there was no sign of any bodies in it or around it, sadly they did not retrieve the dinghy, it was considered by the authorities that the dingy was in all probability from A9-317.

In memory of the lost airmen: 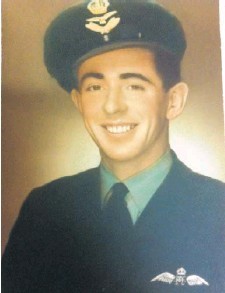 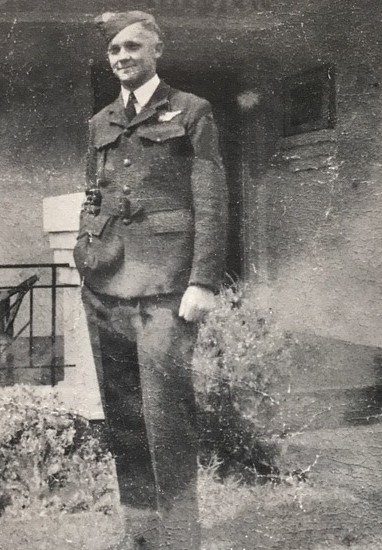 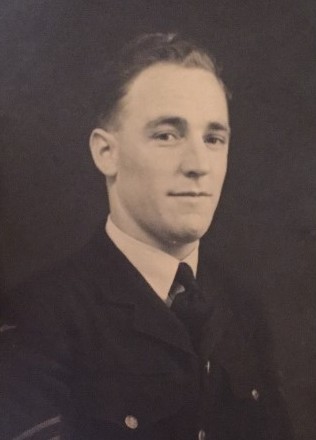 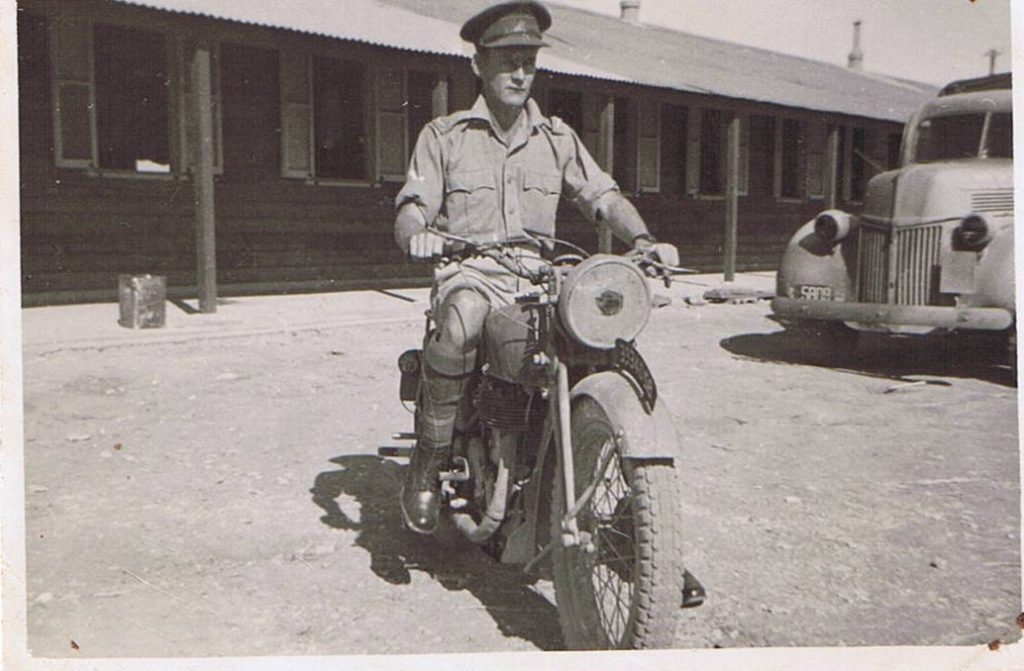 May they rest in peace in their watery grave 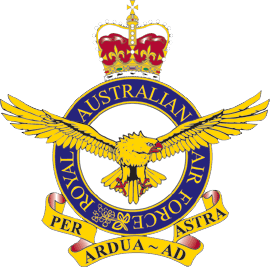