By Pierre Kosmidis   Diver Gemma Smith Photo Credit: Brett Seymour Technical diver Gemma Smith is the first woman ever to dive at the world famous Antikythera Shipwreck, which yielded some of the most important ancient sculptures ever to be found on the seabed, as well as the Antikythera mechanism or astrolabe. Originally thought to […]

By Pierre Kosmidis On 21 January 1944, Aikoku Maru loaded the 629 men of the 66th Naval Guard Unit, with ammunition, supplies and construction materials. The convoy was attacked 300 nautical miles (560 km; 350 mi) NW of Truk by the submarine USS Trigger, which sank the minelayer Nasami and transport Yasukuni Maru; however, Aikoku […] 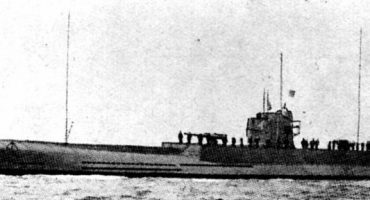 By Pierre Kosmidis Michael McFadyen from Sydney, Australia has been a keen scuba diver and has visited some of the most iconic WW2 Pacific Treasures, including the I-1 Imperial Japanese Navy submarine wreck in Guadalcanal Island, the SS President Coolidge in Vanuatu, the USS Aaron Ward in the Solomons, and the San Francisco Maru in Chuuk. […]

By Pierre Kosmidis WW2wrecks.com is now on Pinterest. Check the link below and follow the action! https://www.pinterest.com/ww2wrecks/