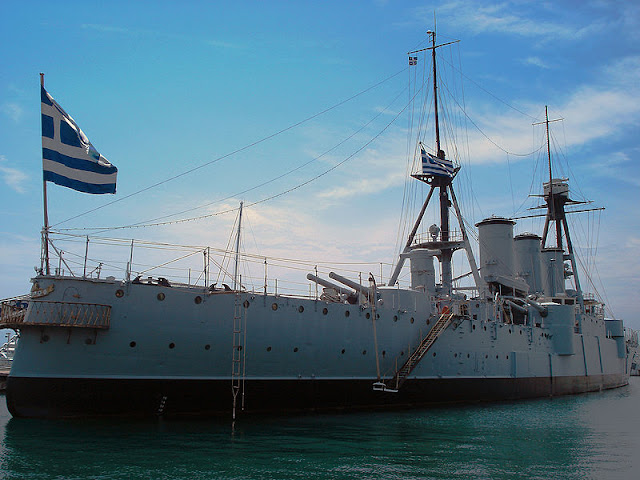 Georgios Averof is a modified Pisa-class armored cruiser built in Italy for the Royal Hellenic Navy in the first decade of the 20th century.
The ship served as the Greek flagship during most of the first half of the century. Although popularly known as a battleship in Greek, she is in fact an armored cruiser,  the only ship of this type still in existence. 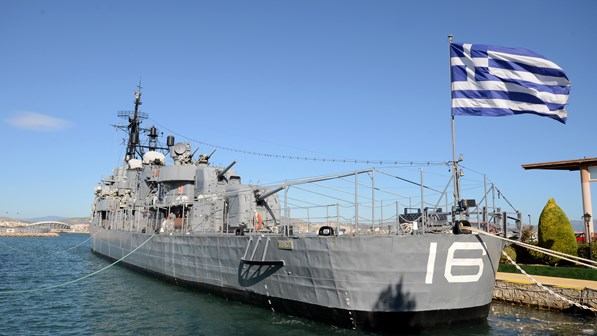 “Velos” (Arrow) is a Fletcher-class destroyer of the United States Navy, named for Lieutenant George Charrette (1867–1938), who was awarded the Medal of Honor for heroism during the Spanish–American War.
Entering service during World War II, she spent her career in the Pacific theatre.
Placed in reserve following the war, Charette was transferred to Greece in 1959 and renamed Velos (D16).
Velos remained in service until 1991 and was then turned into a museum ship at Palaio Faliro.
270
1707
835
500
523
385