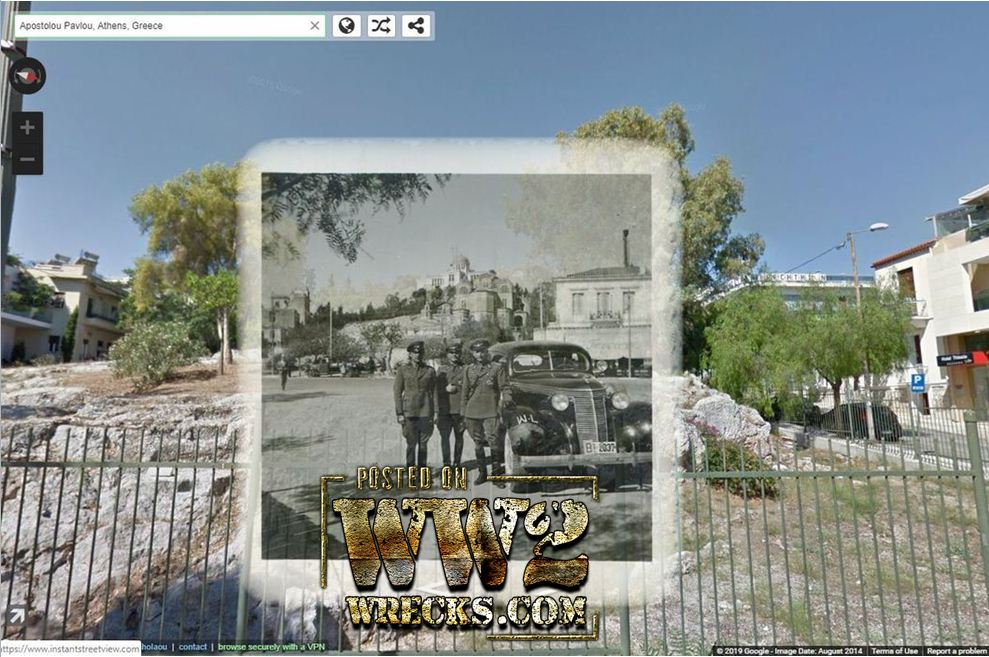 Photo submitted by Ted Konstantinov and used by permission

The officer on the right is Bulgarian Lt.Colonel Georgi Dernikov. In March 1941, prior to Operation Marita, the German invasion of Greece, which was initiated on April 6, 1941, Dernikov was appointed as liaison officer with the Luftwaffe’s 8th Air Corps (VIII. Fliegerkorps), commanded by Generaloberst Wolfram Freiherr von Richthofen.
The period photo was shot on May 3rd 1941, with the Athens Observatory and the church of Agia Marina in the background. The men are facing towards the Acropolis.
270
1707
835
500
523
385