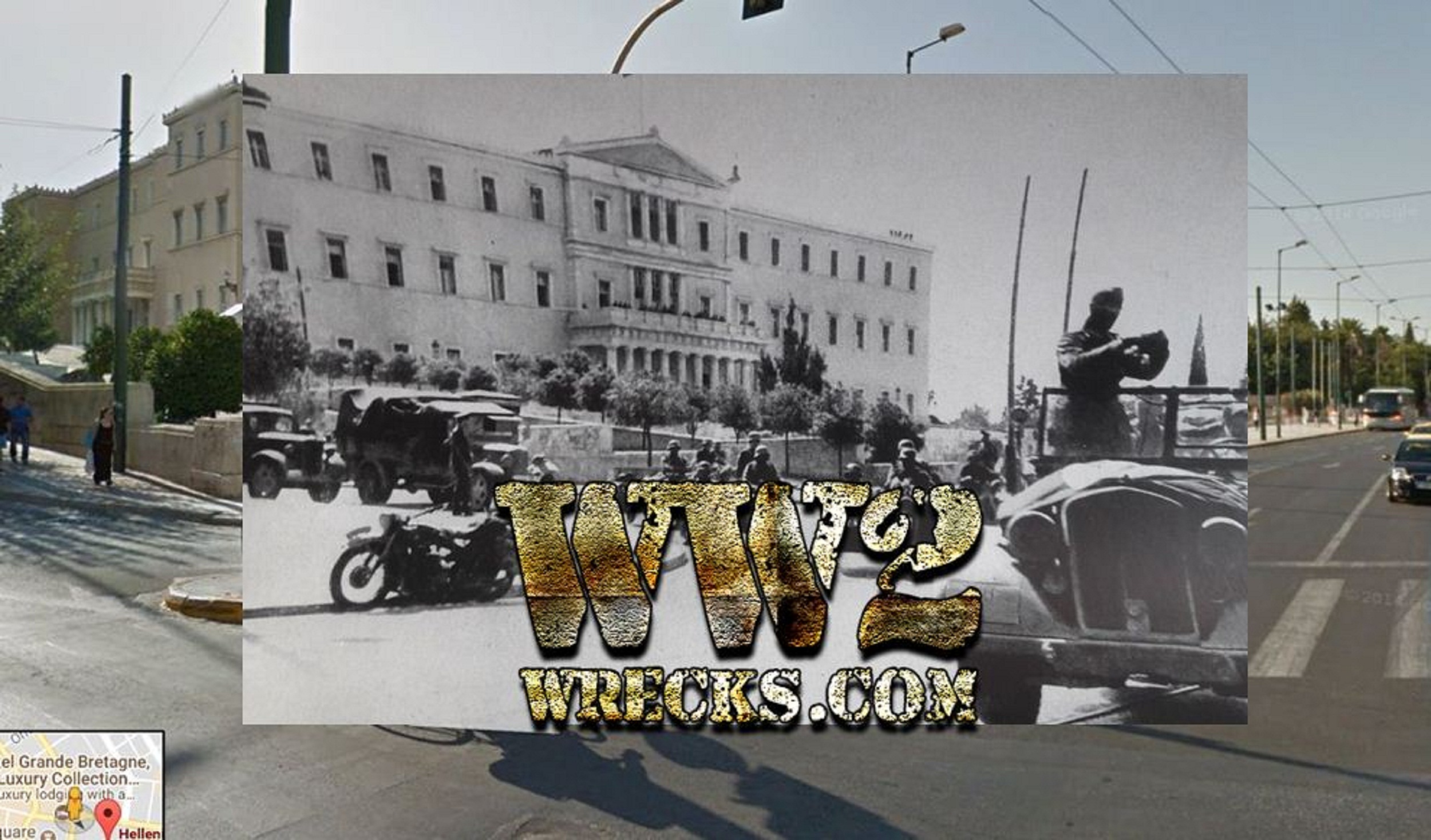 With the conclusion of Operation Marita, the conquest of mainland Greece and a couple of weeks before Operation Merkur, the airborne invasion of the island of Crete, the Germans held a victory parade in Athens, on May 5, 1941.

The Royal Palace in 1941, which is the Greek Parliament today, was a silent witness to the marching German forces, along with some Italian detachments.