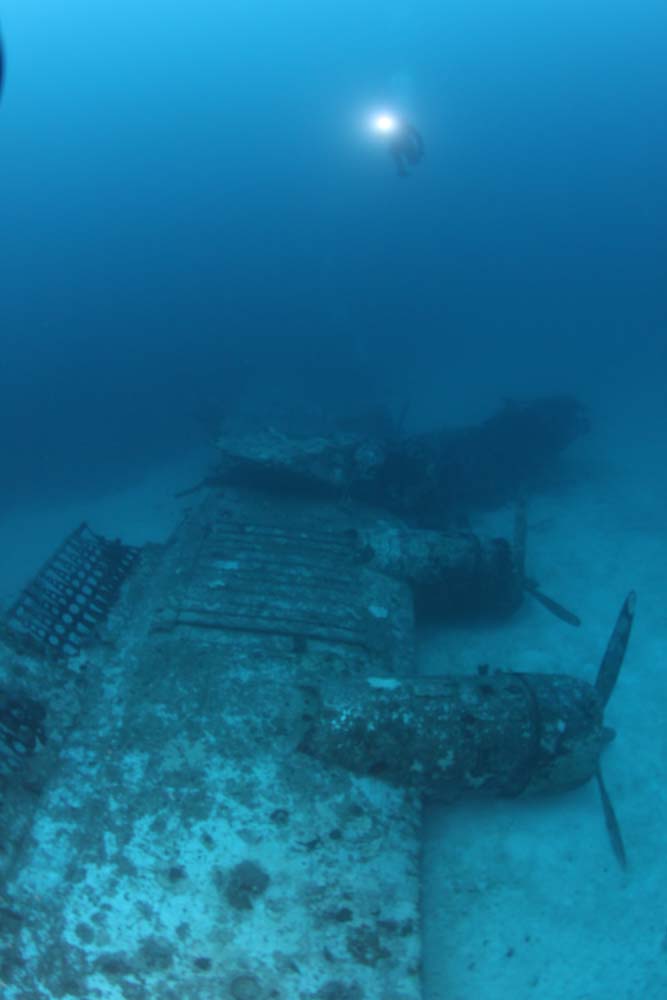 Big. Lumbering. Utilitarian. The Consolidated PB2Y Coronado served in a variety of critical roles in World War II. Yet it was not considered one of the “glamourous” aircraft, and comparatively little has been written about its service and history.

The PB2Y was designed in 1936 as the US Navy planned ahead for the next generation of patrol bombers to replace the PBY Catalina which had gone into service beginning in 1935.

The first flight of the PB2Y took place in December 1937. Coronados would go on to serve in combat in both the Atlantic and Pacific theaters in both bombing and anti-submarine roles.

By the time production ended, a total of 217 had been built- a very low number when compared to the fact that thousands of bombers and fighters such as the B-24 Liberator, B-17 Flying Fortress, F4F Wildcat, F4U Corsair, and others were built.

Coronados formed a major part of the Naval Air Transport Service (NATS) in the Pacific theater. Most of them had originally been acquired as combat aircraft, but the limitations of the plane caused most them to be quickly relegated to the role of transports.

In the years prior to the outbreak of the Pacific War, the Japanese had established a seaplane base at Ebeye Island, located at Kwajalein Atoll in the Marshall Islands. Following capture by American forces in early 1944, it was renamed Naval Air Base Ebeye Island and it became a busy hub of activity for long-range flying boats transiting between Hawaii and the forward battle areas throughout the Central Pacific.

In the time between the establishment of Ebeye Island as an American seaplane base, and the end of the war, there were two Coronado crashes which resulted in airmen being reported as missing-in-action.

On September 14, 1944 a PB2Y-3 belonging to Fleet Air Wing Two was practicing landings at Kwajalein. There were 17 people on board the plane, which the crew had nicknamed ‘Gunga Din!’.

During one of the practice landings, the pilot ballooned too high, causing the plane to stall and crash. The accident broke the plane in half directly behind the wing.

After floating on the water for approximately 30 minutes, the two halves of the plane sank. US Navy Pharmacist’s Mate 1st Class Fred M. Matson sank with the nose section, which was badly crushed in the accident. 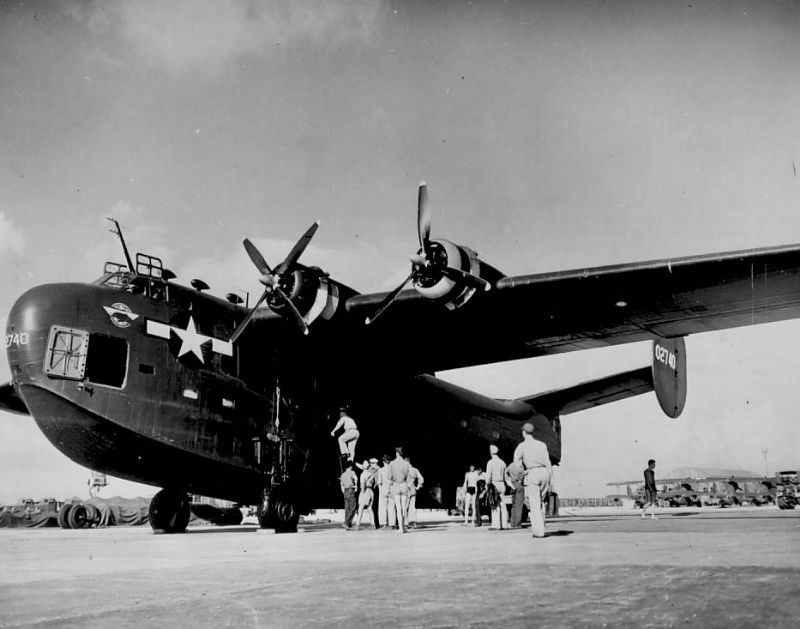 On the morning of February 12, 1945 a PB2Y-5R Coronado was making its approach to the seadrome at Naval Air Base Ebeye Island, at Kwajalein Atoll.  On landing, the plane nosed in and the nose and all four engines were torn from the fuselage. The main portion of the aircraft remained afloat and was taken under tow and grounded near the small seaplane ramp on Ebeye. The accident resulted in two personnel being listed as missing in action- Lieutenant Harold A. Bowman, who was a member of the flight crew, and Lieutenant Commander Samuel O. Givens, Jr. who was flying as a passenger on the plane.

Searching for the wrecks
One of the discoveries in the summer of 2010 was the nose section of a PB2Y.

The wreck had actually been imaged on side-scan sonar during a 2007 visit by former Kwajalein resident Bill Remick, but the “target” was not dived until August 16, 2010.

In mid-2015 we were taking a fresh look at it using new information, and that’s when we realized that the nose was in fact from BuNo 7075, the PB2Y-5R which had crashed off Ebeye Island on February 12, 1945. It was subsequently reported to the U.S. Defense POW/MIA Accounting Agency (DPAA), and the families of LT Bowman and LCDR Givens were also notified that it had been found.

The initial search for Gunga Din! had also taken place in 2007, but that initial search did not yield any results. In the summer of 2015, we began another search for that plane during Remick’s visit that summer, again using side-scan sonar.

About a year later, a fuselage fragment was found on July 4, 2016, based off sonar imaging obtained in 2015. It had been given a low priority on our list of targets to dive because it appeared to be some sort of barge. So it came as a shock when we finally dived the sonar target, and realized we’d found another piece of the Gunga Din!.

On August 21, 2017 while re-scanning the area searched in the summer of 2015, our brand-new Marine Sonic ARC Explorer sonar produced an image that looked like part of a wing and two engines. Four days later we went in to investigate the target, and that’s when we confirmed that we had found the wing and forward section of the Gunga Din!

A few days later, we notified members of Matson’s family that the forward section of the plane had been found. We also reported the discovery to DPAA, and the US Army command on Kwajalein. The following month, after further coordination with DPAA, we made a return visit to the wreck to gather additional photo and video imagery of the wreck. The imaging will aid in DPAA’s planning for an eventual mission to recover any remains of PhM1c Matson that may still lie in the wreckage.

Finding these two Coronado wrecks was not only exhilarating from the standpoint of finding previously undiscovered plane wrecks, but most importantly to the Kwajalein MIA Project team, it will help in the process of hopefully recovering the remains of those three missing servicemen and bringing their remains home to their families. The motto of the Kwajalein MIA Project is “Bring Them All Home”.

By the end of World War II, the rapid advance in aviation meant that the Coronado was outmoded as both a bomber and a transport. Only one example survives today, and it is on display at the US Naval Aviation Museum in Pensacola, Florida.

The Coronados of Kwajalein, published in Flightpath Magazine’s February 2019 issue