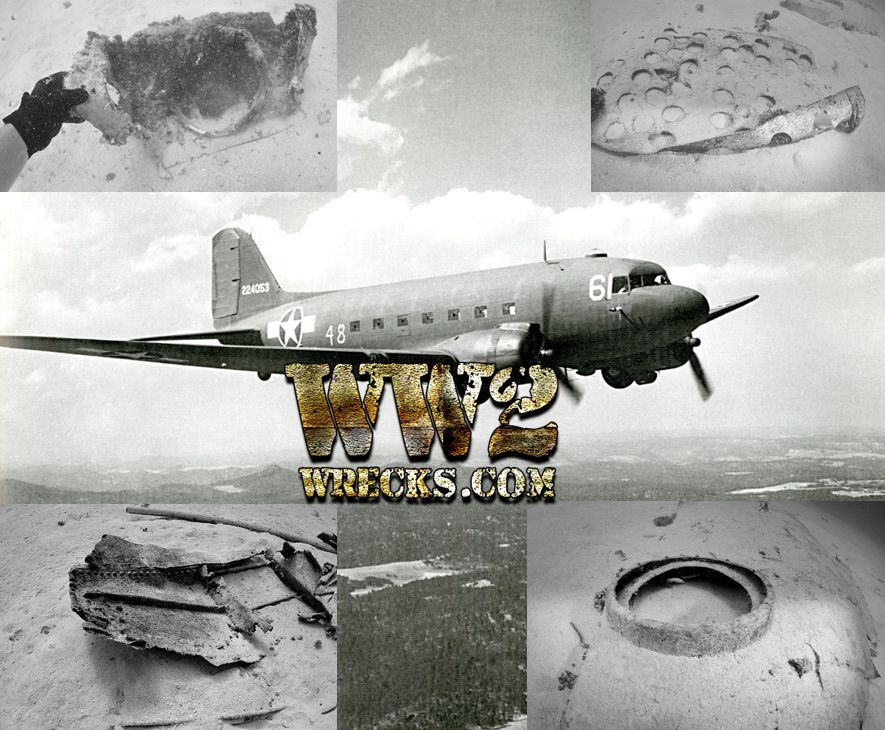 With deep roots in the pre-World War II passenger transport industry, the DC-3 would go on to become the most produced, and one of the most famous, of all transport aircraft used by any nation during World War II.

An introduction to the U.S. WW2 aircraft wrecks of Kwajalein Atoll by Dan Farnham – Part 9

The DC-3 was the third in the line of passenger aircraft developed by the Douglas Aircraft Company, to take advantage of the intense competition for modern commercial aircraft that characterized the post-World War I era. 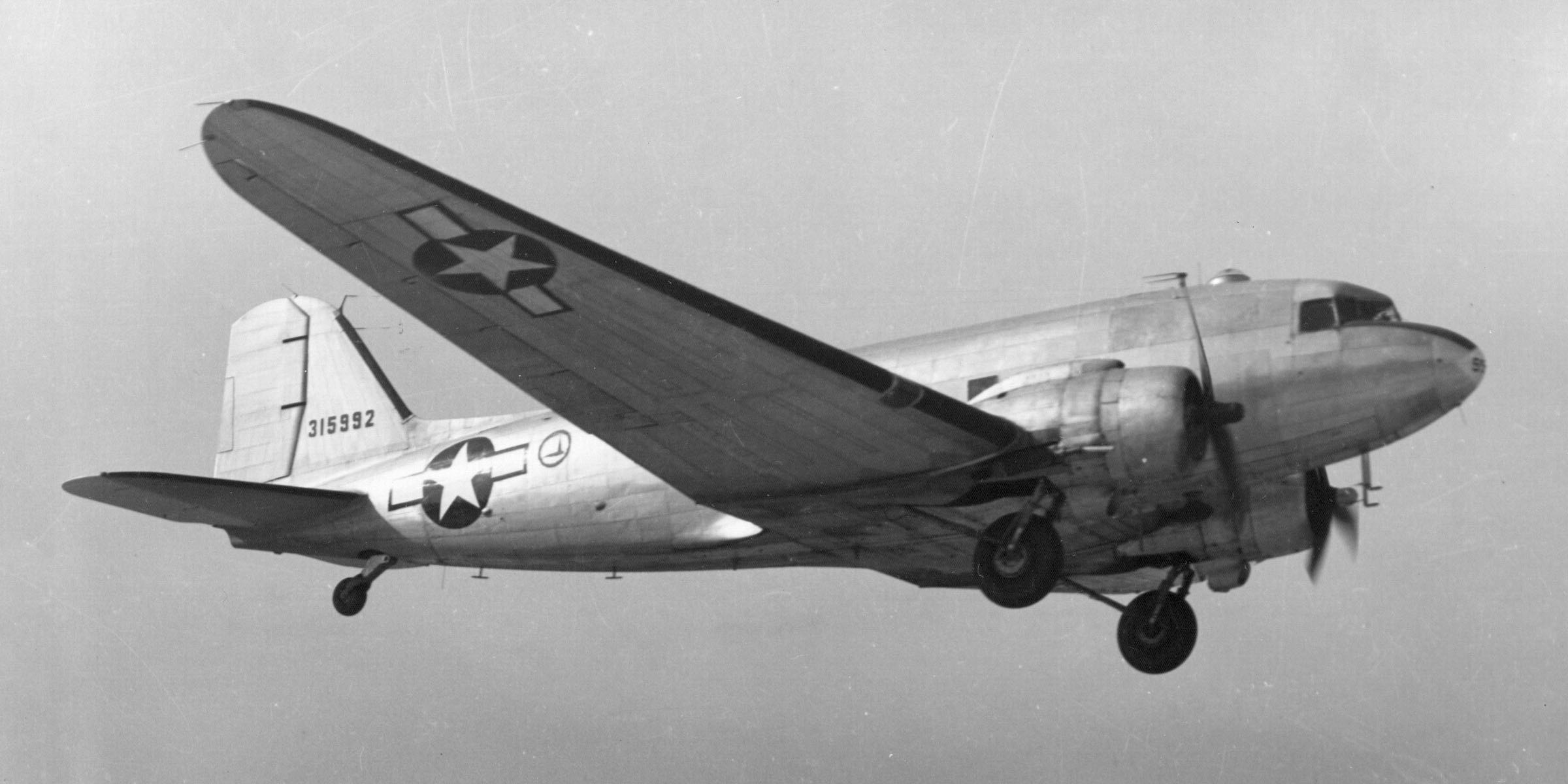 It was the direct descendent of the DC-1, which first flew in 1933 as Douglas’ initial response to a short supply of the Boeing 247, which was the passenger plane built by competitor Boeing Airplane Company.

With only one 12-passenger sample flying, and already a record-breaking success, the DC-1 was quickly made obsolete, replaced by a more powerful version with greater seating capacity, the 14-passenger DC-2, of which 193 were built. In late 1936 the DC-3, with capacity for 24 passengers, went into service with U.S. domestic airlines.

The DC-3 is given most of the credit for an almost 600% increase in airline passenger traffic between 1936 and 1941. Recognizing its great potential as a military transport, the U.S. Army Air Force specified a number of changes needed to make the aircraft acceptable for military use.

These changes included engines that were more powerful, the removal of airline seating in favor of utility seats along the walls, a stronger rear fuselage and floor, and the addition of large loading doors.

A large order was placed in 1940 for the military version, which was designated ‘C-47’ by the USAAF and given the name ‘Skytrain’. As a supply plane, the C-47 could carry up to 6,000 pounds of cargo.

It could also hold a fully-assembled jeep or a 37mm cannon. As a troop transport, it carried 28 soldiers in full combat gear. As a medical airlift plane, it could accommodate 14 stretcher patients and three nurses.

Over 11,000 DC-3/C-47’s were built between 1936 and 1945, when production ended. DC-3’s flying with commercial air carriers were impressed into military service when the U.S. entered the war in December 1941, and the C-47 saw extensive service in all theaters of the war.

It was one of the transports that carried supplies over the notorious “Hump” in the Himalayas after the Japanese closed the Burma Road. It was used as a paratroop carrier in in various campaigns from Normandy to New Guinea. In Europe, the C-47 was used in vast numbers, particularly to tow gliders and drop paratroopers. 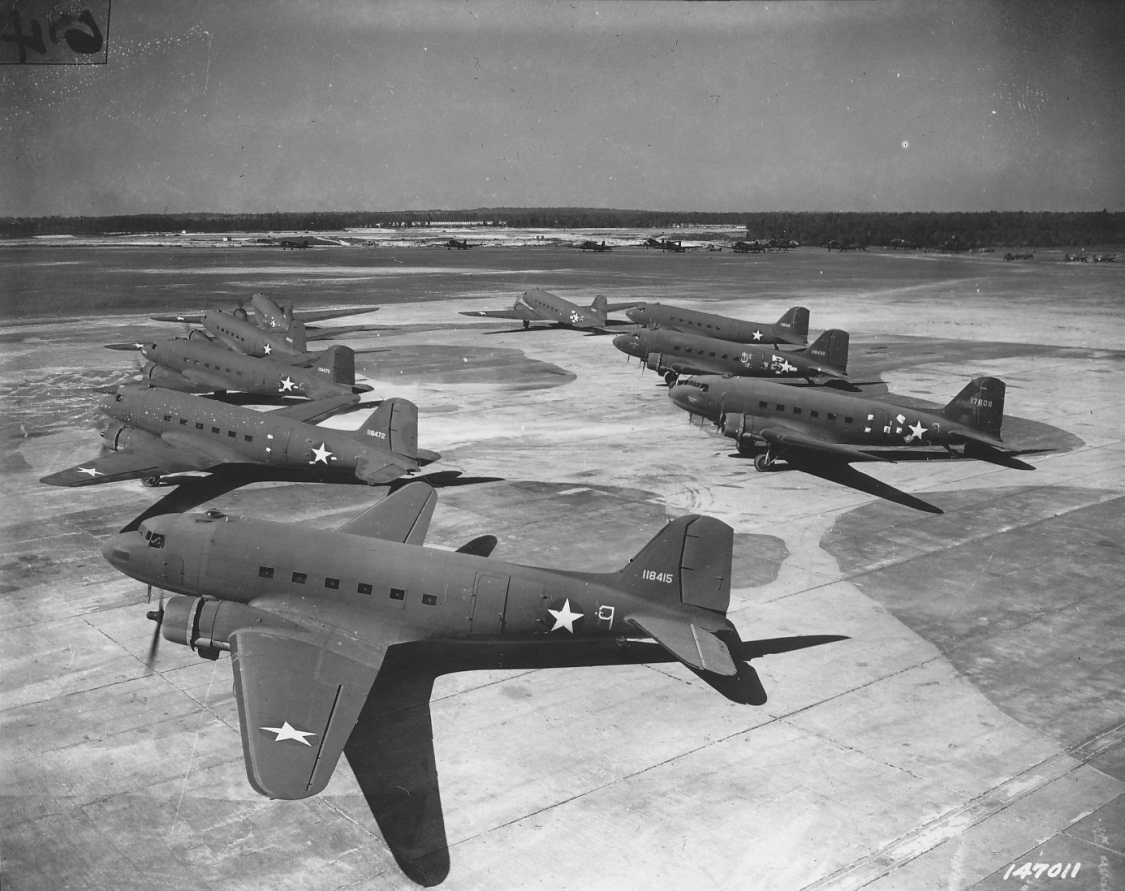 In the Pacific, with careful use of the island landing strips dotting the Pacific Ocean, C-47’s were used for transporting supplies and personnel, evacuating wounded troops, and ferrying soldiers serving in the Pacific Theater back to the U.S. Every branch of the U.S. military, and all the major Allied powers, flew the plane.

In the Gilbert and Marshall Islands area, C-47’s were operated by the USAAF’s 9th Troop Carrier Squadron, which was the transport squadron of the 7th Bomber Command, based at Kwajalein Island in 1944.

In July 2009, I was told about a possible aircraft crash site off the north end of Kwajalein Island by a couple of former Kwajalein residents. I did a number of dives on the crash site, and began to research it to see if I could determine what type of plane it was. 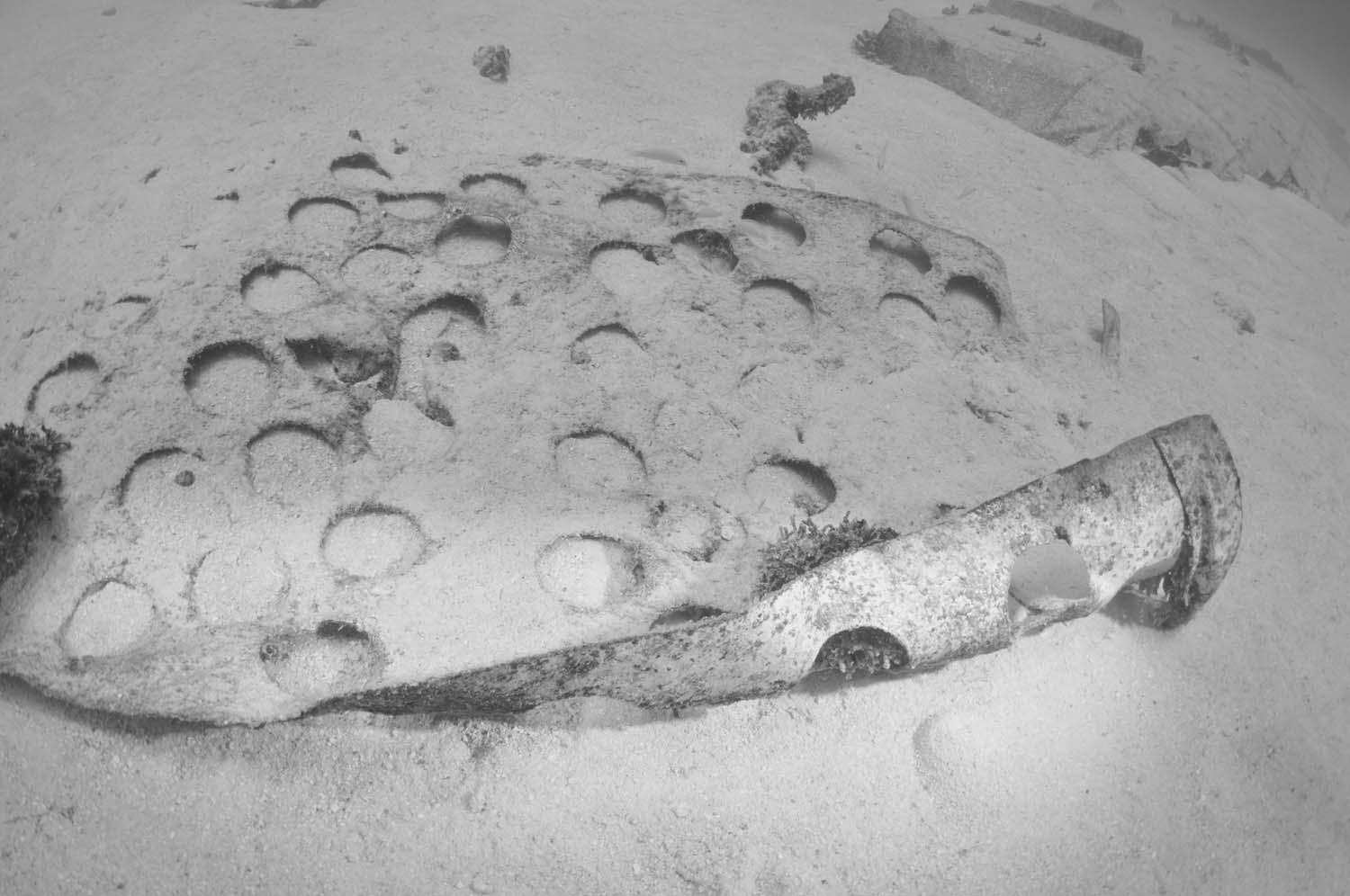 Another former Kwajalein resident, James Polan, found information on PacificWrecks.com which identified it as that of a C-47, serial number 42-100988,  which had crashed shortly after takeoff from Kwajalein Island, on July 23rd 1944.

A friend of mine who lives in the U.S. and is also an aviation researcher, Jon Farrelly, found the information that identified the C-47 as likely belonging to the 9th Troop Carrier Squadron.

All nine of the crew and passengers were killed in the crash, and their bodies were recovered shortly afterward. 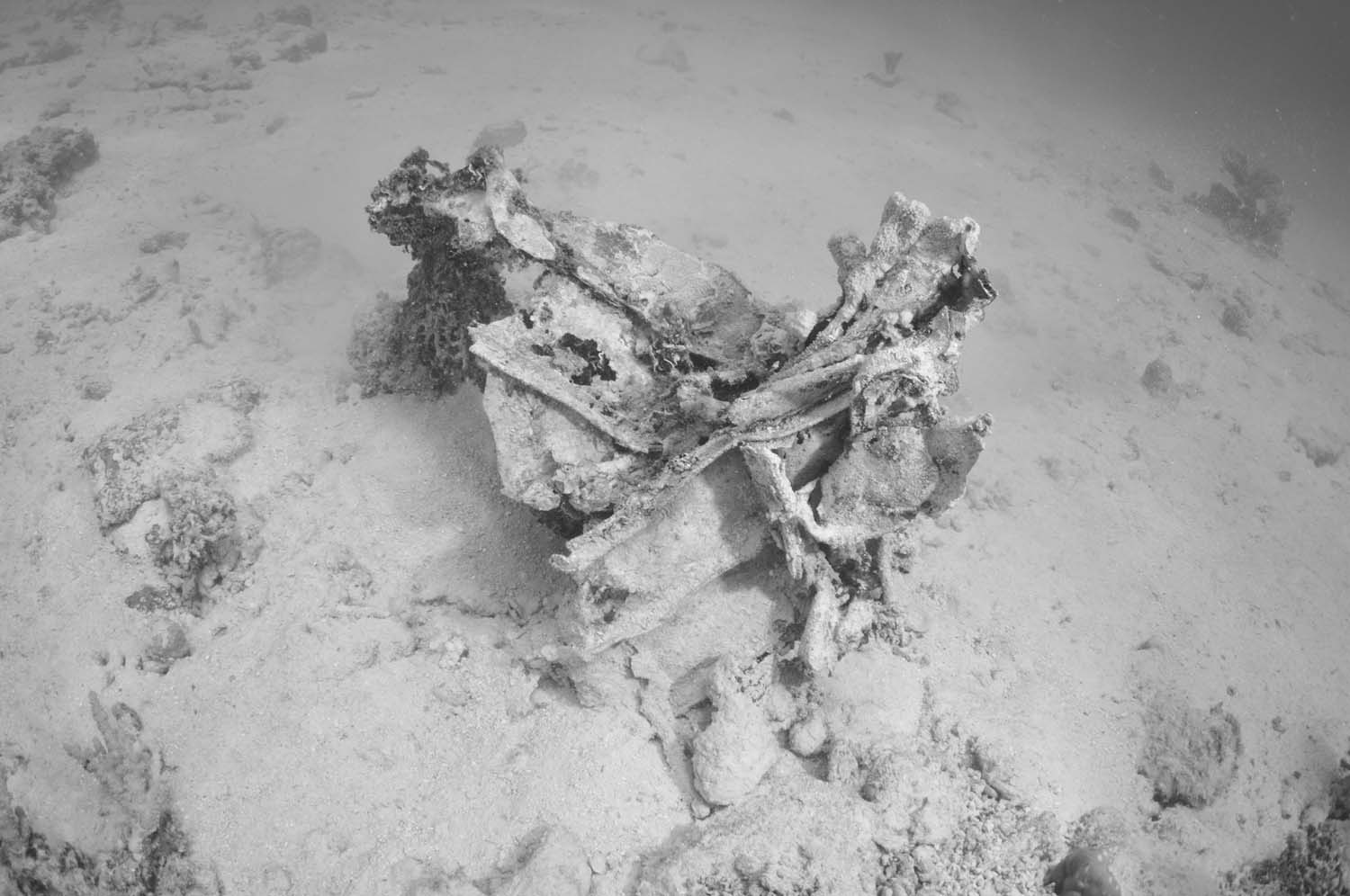 The wreckage is in shallow water on the reef, and after decades of wave action very little of it remains. 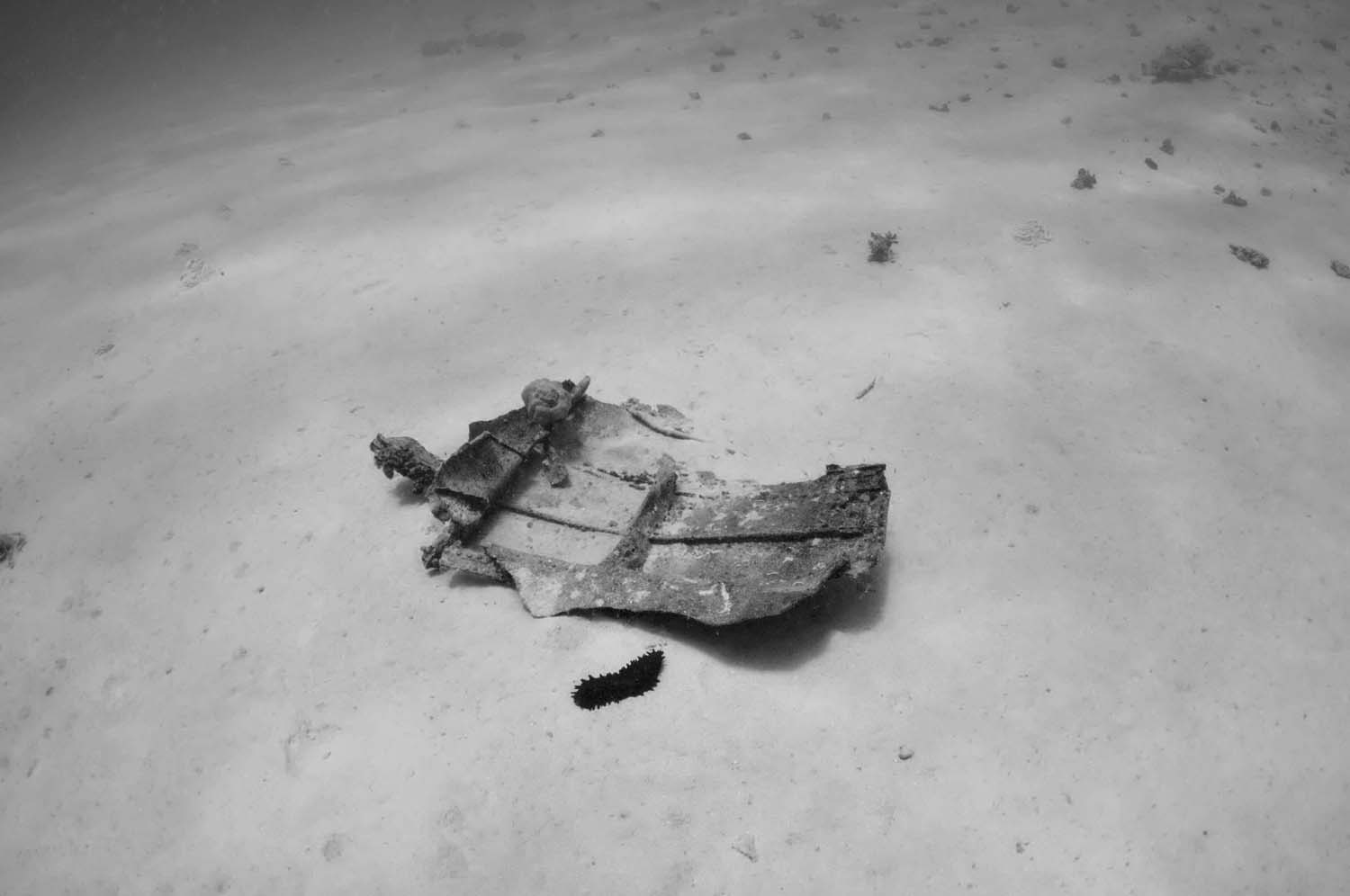 The largest piece of wreckage that can be seen is part of the upper fuselage from above the cockpit.

Many smaller pieces are scattered nearby, some of which could be specifically identified using cutaway drawings and blueprints, but most of which could not. 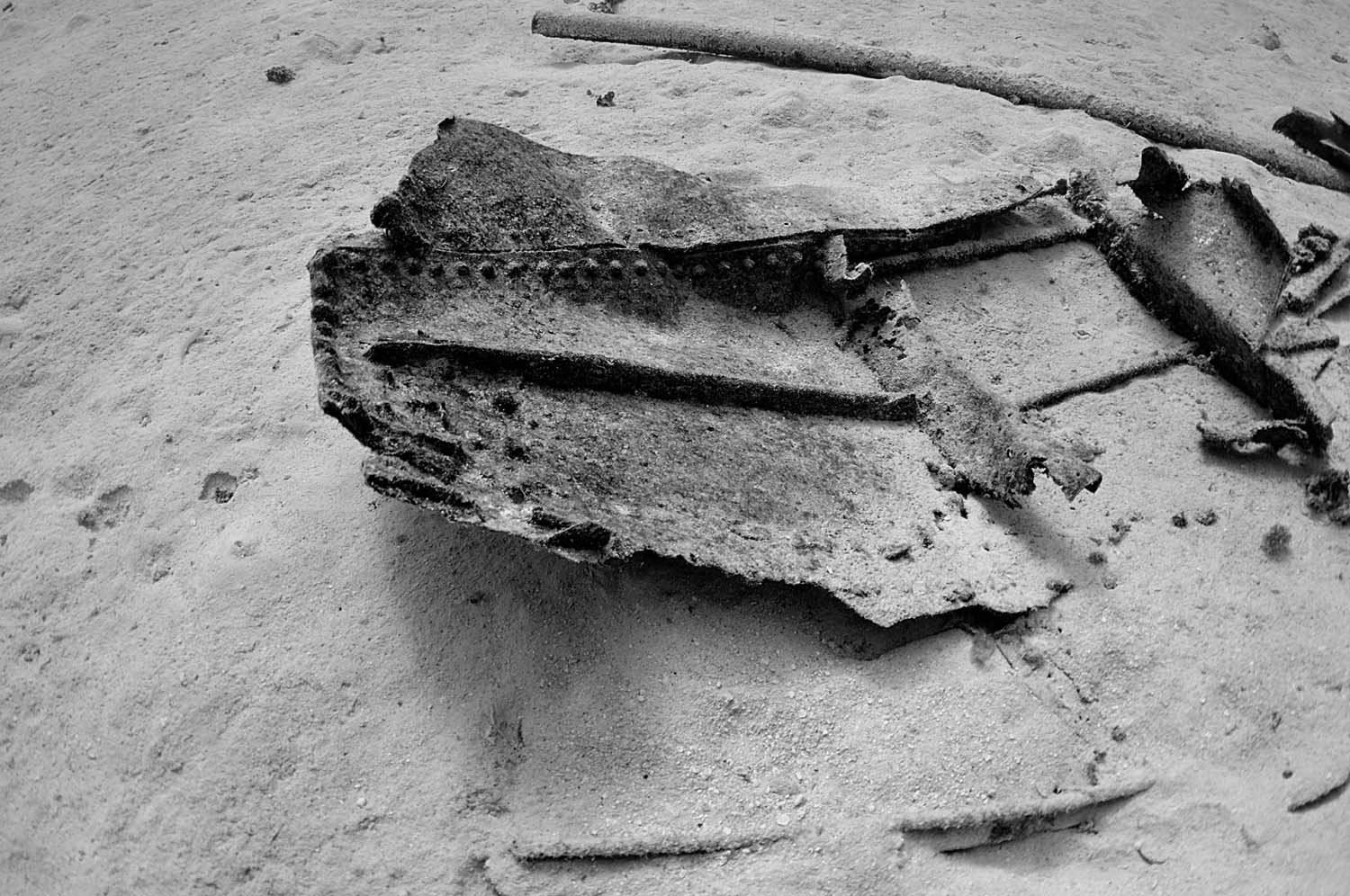 Because of the shallow depth and constant wave action, black and white photography is usually the choice of photo mode, as it better hides much of the particulate in the water at the wreck site.

Due to the fact that so little wreckage can be seen today, only the most curious divers or World War II aviation history buffs will venture out to the crash site. 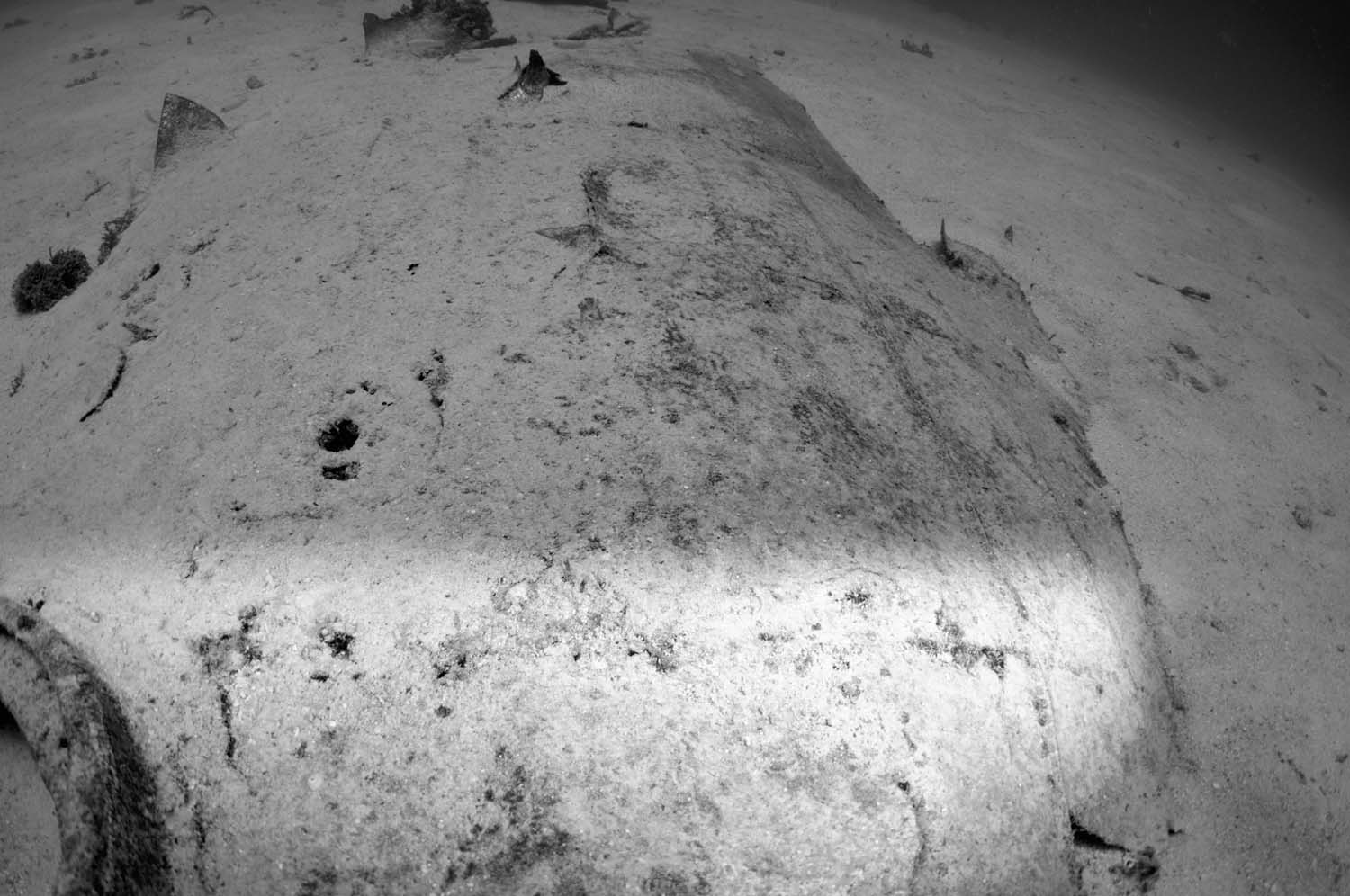 The easiest way for divers to see the debris field is by entering the water off the north end of Kwajalein Island and swimming about two-thirds of the way to Little Bustard Island. Most of what is left of the wreckage lies between 20 and 40 feet deep on the reef slope. 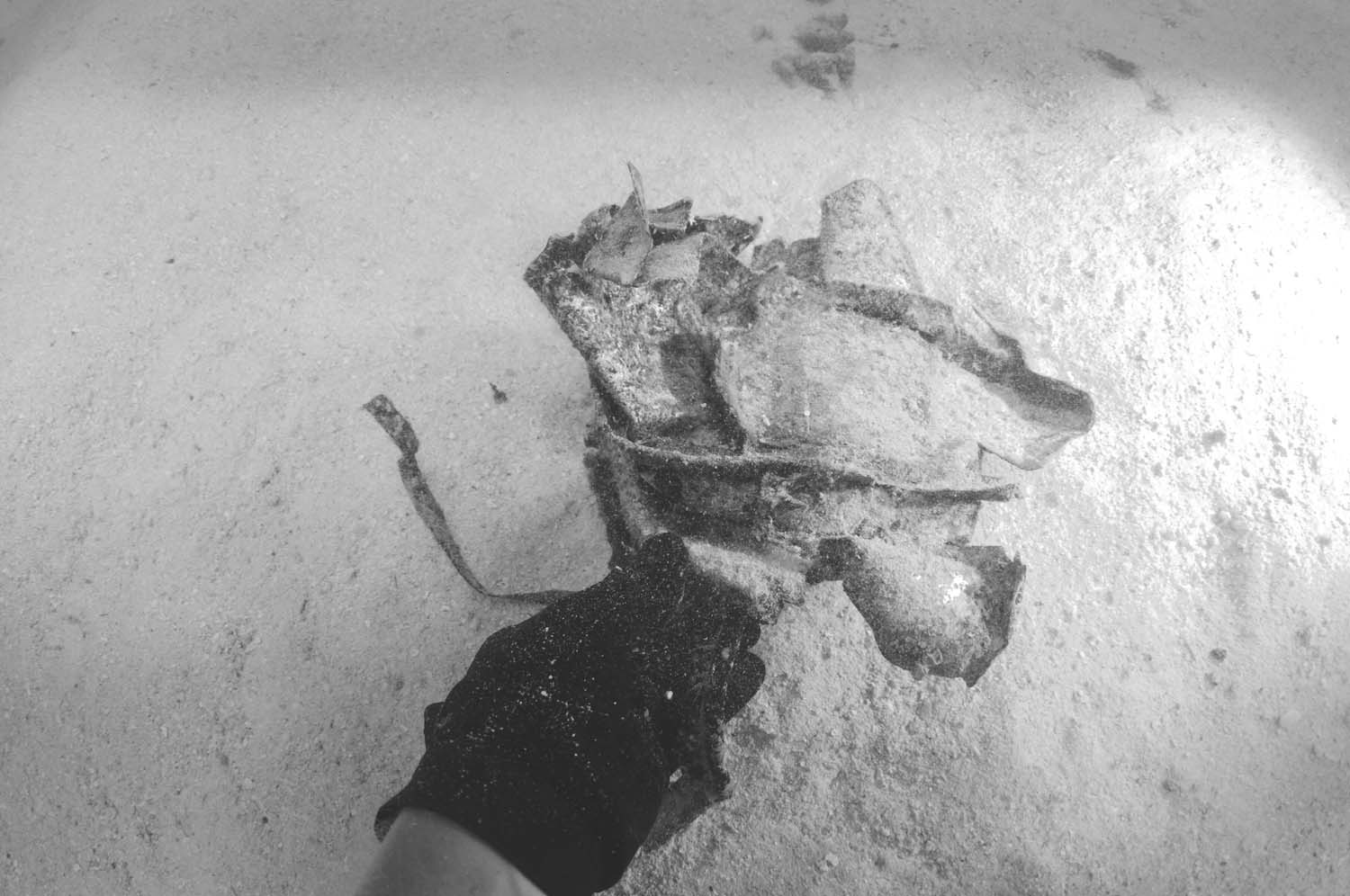 Many C-47’s are preserved in museums around the world, some of which are painted in markings used by units in Europe during the invasion of France in June 1944.

In a lasting tribute to the workmanship of the Douglas Aircraft Company, a few C-47’s remain flying today, making rounds of the airshow circuits. Many civilian DC-3’s are still flying as well, some still carrying passengers.

The plane is a true classic, responsible for the huge boost in airline travel between the world wars, and in its military guise it proved an invaluable aircraft for the Allied powers in World War II.