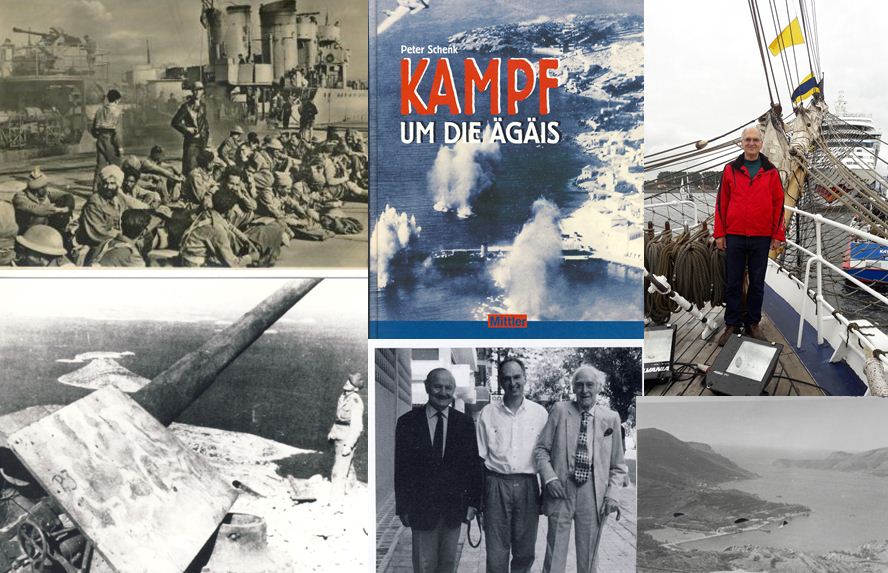 Photos submitted by Dr. Peter Schenk and used by permission

Dr. Peter Schenk is an acclaimed author, whose research has shed light on a rather obscure chapter of World War 2, the War in the Aegean Sea, which resulted in the last victory of strategic importance for the Germans in 1943. 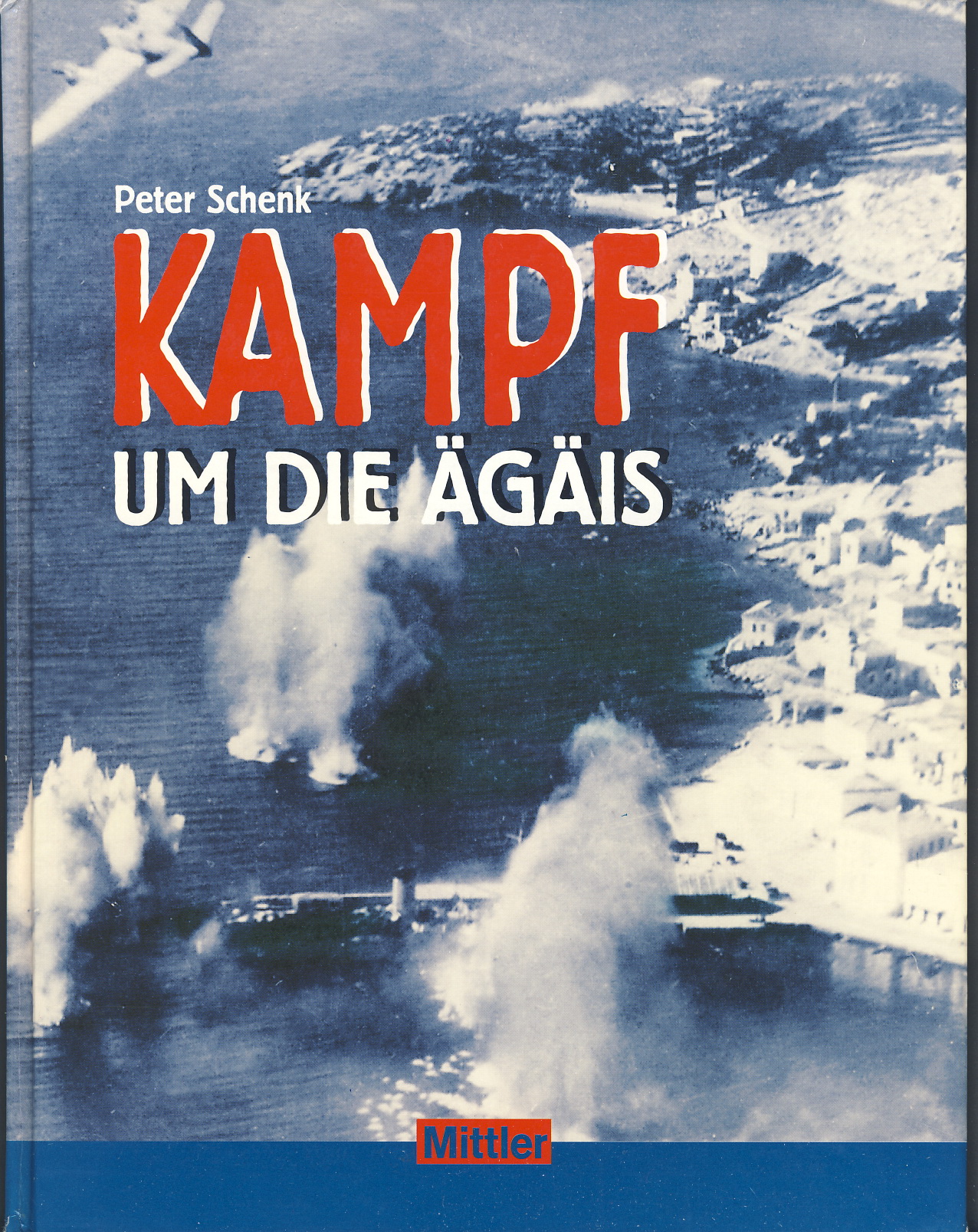 Dr. Peter Schenk’s book “War in the Aegean”, original title in German “Kampf um die Ägäis” – Mittler & Sohn (2000) and the Greek edition “Πόλεμος στο Αιγαίο” – Eurobooks (2008) is considered to be a landmark for researchers, historians and everyone interested in WW2.

Apart form his book on the War in the Aegean, Dr. Peter Schenk is a prolific writer and researcher focusing on WW2, with several books and papers on different aspects of the largest conflict humankind has ever experienced.

www.ww2wrecks.com has reached out to Dr. Peter Schenk, to find out more on his research and uncover some less known stories from the Greek Archipelago, which was hotly contested during WW2.

Dr. Peter Schenk is head of a naval history working group in Berlin, which has published or working on books related to German net layers, landing craft and the Ships of the German Federal Navy, the Convoy battles, the GDR (East German) Navy and the unfinished aircraft carrier Graf Zeppelin.

“I am working as a dentist in Berlin. I got interested in naval matters by a visit to the Munich Technical Museum when I was eight years old. Before I left school I was in contact with naval historians and had found my first subject: The preparations for a landing in England 1940. I joined the Groener study group when I started studies in Berlin.” 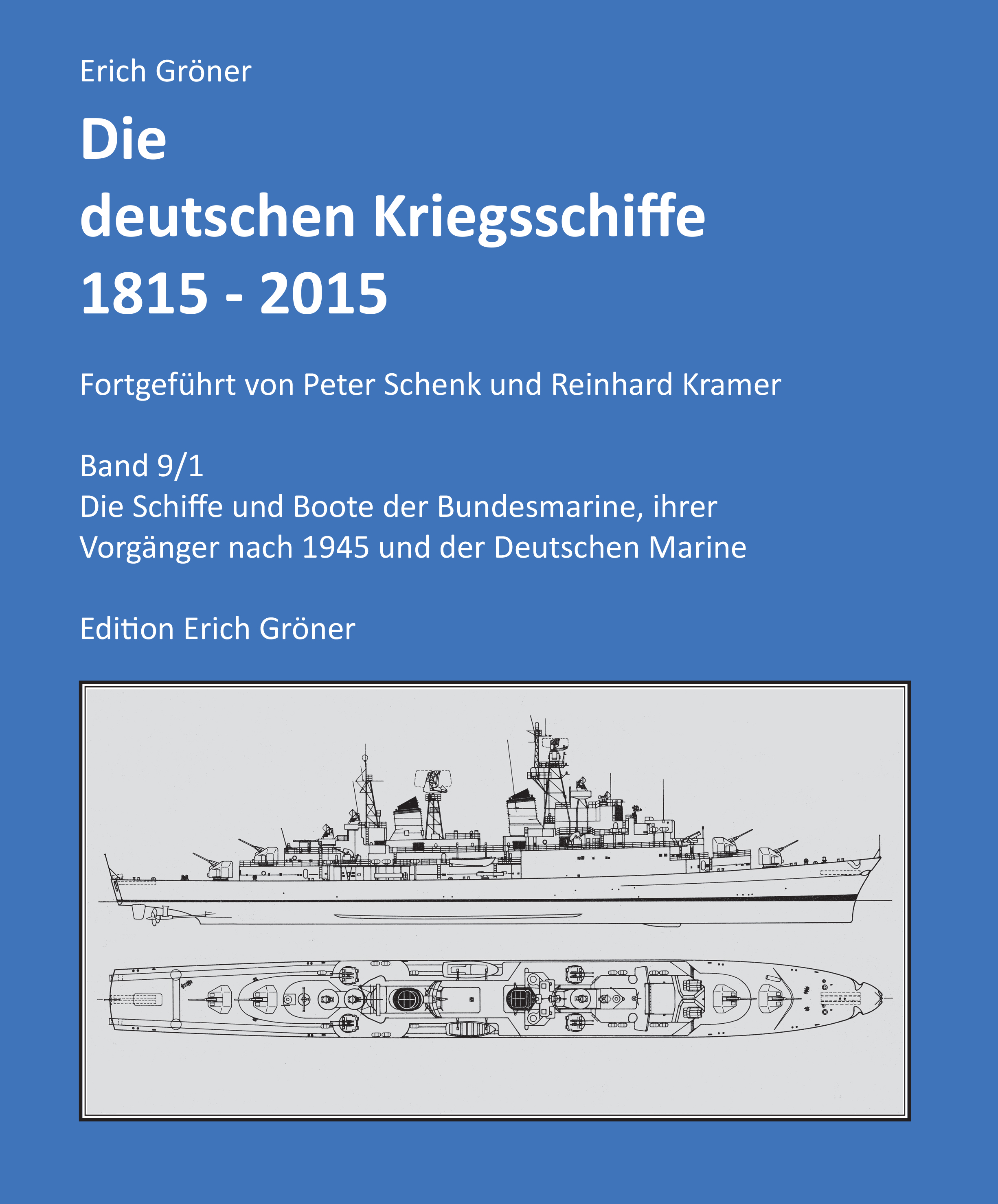 Tell us about your involvement in WW2 History and especially the War in the Aegean; How did it all start for you and how did your research evolve through the years?

My first book was on the preparations for a landing in England 1940 and the Kos/Leros landings were for me an interesting subject to research.

I had a friend who was in contact with some German veterans who had taken part in the landings and I decided to visit Leros with my family at Easter 1992. When I started my research with German wartime photos on the first day I asked an elderly man and soon was surrounded by a flock of Lerians who were very interested and gave their opinions. 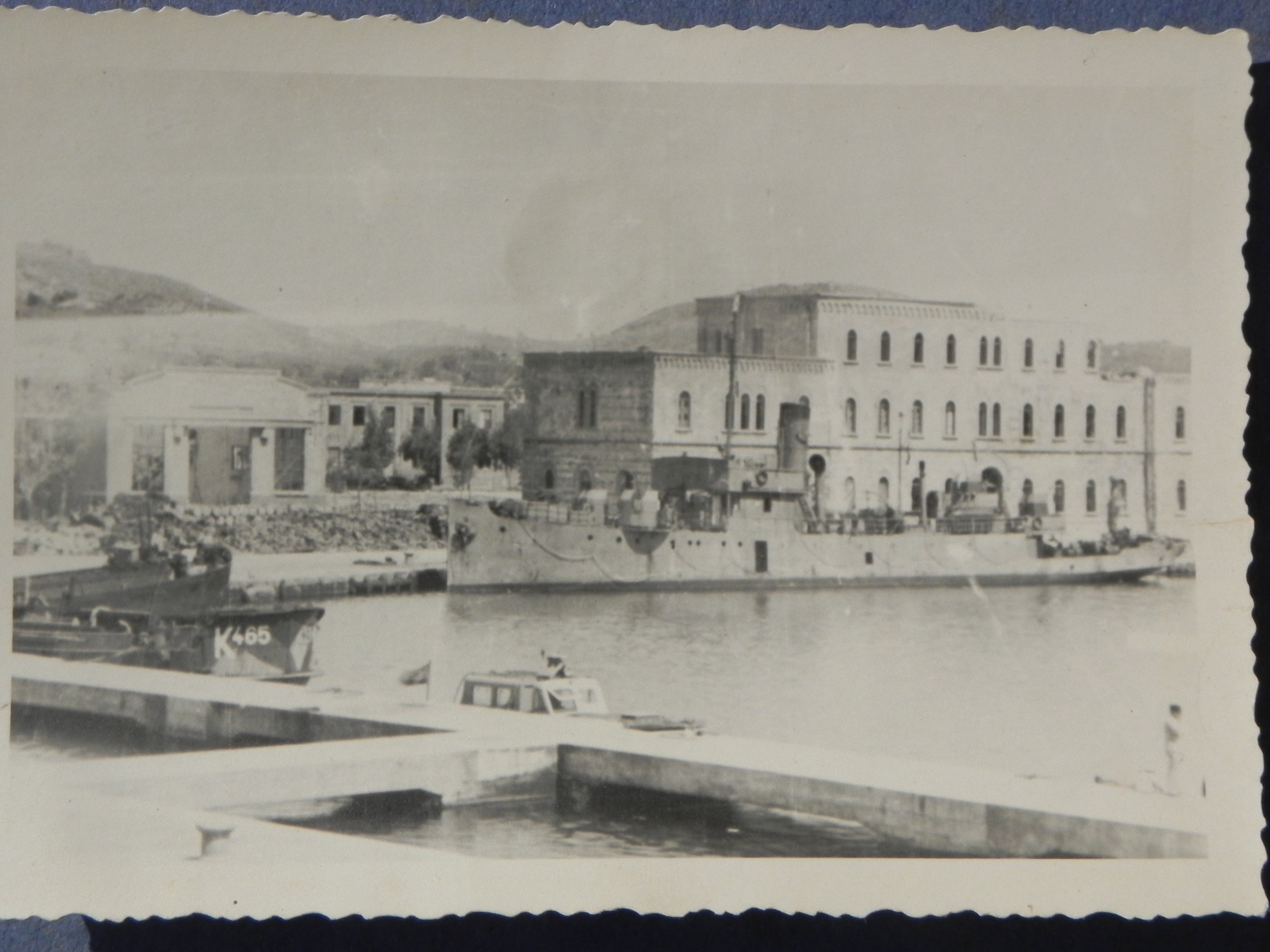 This ended up with an invitation in the garden of the elderly man´s family for lunch who turned out to be a German having married a Lerian woman. I came into contact with several collectors like Tasos Kanaris and Ioannis Paraponiaris. I visited the numerous battery sites and dived on the wreck of the Strogili landing boat.

At the Italian sea plane base Alberto Rosetti, Leros during the convention of 2016

Your book on the Dodecanese campaign in 1943 is considered as a reference for historians and the average reader as well; how long did it take you to document the period and find all necessary sources?

It took some years to gather the necessary data in the German Military Archives at Freiburg.

Also I came into contact with a German paratrooper in Berlin, who had taken photos during the battle. At that time there were still other verterans living who could tell me their stories, Germans, British and Italian. 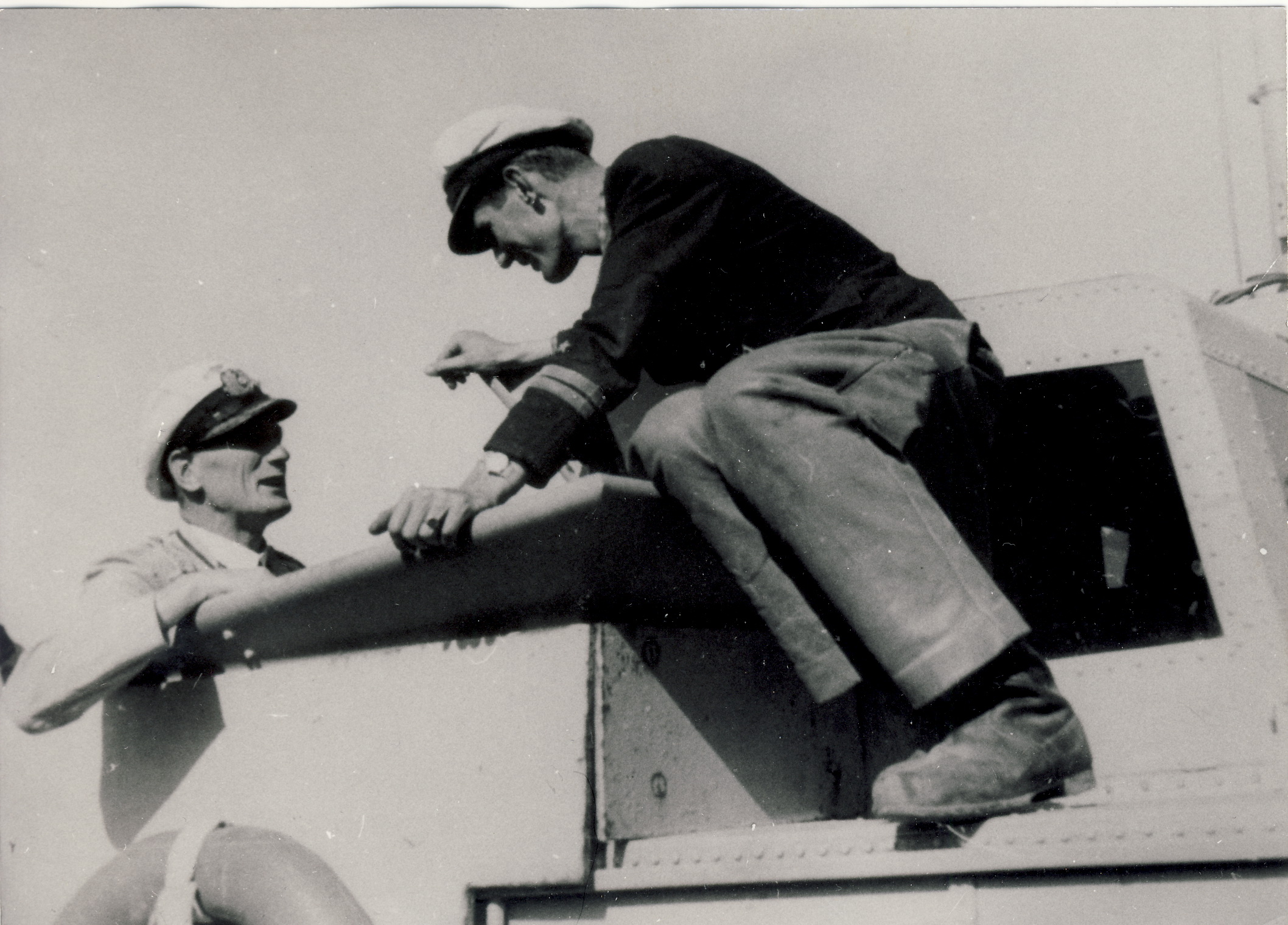 All have passed away by now. My book appeared in 2000 in Germany.

Are you in contact with other authors, researchers and possibly even surviving veterans of the conflict? What has been the most impressive thing you remember as the Battle in the Dodecanese unfolded, especially from eye witnesses accounts?

I am in close contact with Kostas Kogiopoulos from Kos who has researched many aspects of the history of Kos and Leros and also with Tony Rogers.

The most impressive event during my researches was when I visited with a German veteran of the 999 batallion his former wireless station in a deserted house in Agia Marina, Leros. Tasos Kanaris was with us. 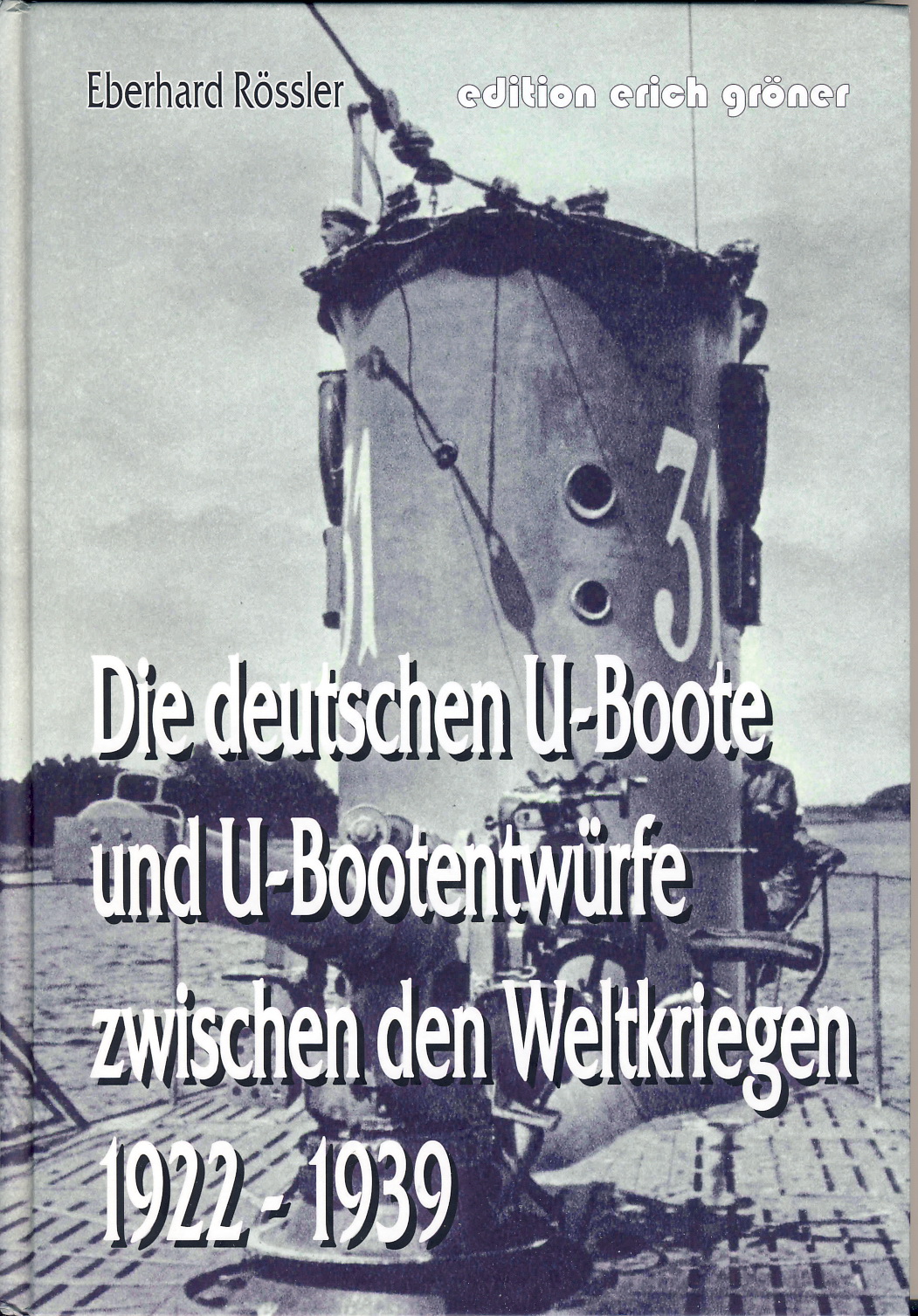 Kurt, the veteran who had been wounded at Stalingrad and then transferred to the 999 – his ship Bulgaria was sunk on the way to Kos and he had to swim to Amorgos for 8 hours, remembered to have been in contact with a family with three Greek girls in the house next door.

We observed an old woman in this house. Tasos explained her the situation and she asked us inside. In the house there seemed nothing changed over the years.

She confirmed having been one of the three girls. Kurt mentioned the name of his comrade: Josef Preiser. And she replied:” No, his name was Jupp” (which was his nickname) and then she pointed to the piano behind her: “There he used to play”.

One year later the house was deserted, the old woman gone…

I also made contact with Hans-Jurgen Weissenborn, commander of a motor minesweeper who captured the British minesweeper BYMS 72 during the landing on Leros. One day Derek Sullivan the son of a killed sailor on the British boat phoned me and asked me for the fate of the boat. I could tell him the story.

I was asked by a German diver who had found with others a Ar 196 wreck off Amorgos for a photo of UJ 2104, a German submarine hunter, which was involved in the loss of the Ar 196. By chance one officer of the boat was the neighbor of my cousin at Frankfurt and saw my book.

He had a photo of the Arado while still in tow by the boat after it had been damaged in an air fight and sunk later. The boat was also attacked and grounded at Astipalaia. The crew was taken prisoner by the Italians and later taken into British guard.

The officer smuggled his film roll in a soap through four years imprisonment in Egypt. He gave me his photos and I could help the diver for his article on the find.

You have frequently visited the islands of the Aegean? What are your thoughts on the WW2 relics still exisitng? Could they form a base for WW2-themed tourism, should they be preserved?

I visited Kos and Leros every year since, mostly with my family. Even in the last year our grown up children like to come there again as they have so good memories and meet their play mates from the early years.

I closely observed the changes done to the battery sites which have not been carefully preserved although EU funds have been used to make them better accessible for tourisme. The German paintings in the barracks at Xirocamos have been restored by Italian painters.

But the building is still being used by goat keepers as a shed for the animals. By chance I found out who was the painter of them. I had asked a veteran for them and he had given me a name many years ago saying that this person was dead already.

Nevertheless I tried to phone a similar name at the given place and the first ring was the nephew of that person. He said that his uncle had been on Leros with the coastal artillery but had never been a painter. Ok, what next?

At about the same time a Greek friend found some German war time paintings of Leros on sale in a auction in the internet in New Zealand.

Now I had the name: Otto Meister. I found out that he had left some papers, photos and sketches in a Nuremberg museum. A visit there confirmed that he had been on Leros and Samos as a war painter and the case was settled.

For little Leros the historic tourism could really be a good thing. Something has been done in this view but some more should be achieved. There were sign post placed at every battery position but the signs are missing.

I sent texts and sketches for them but nothing happened. I could imagine that the headquarter tunnel at Mt. Merovigli could be restored with lights and a spiral stair to the top observation post. There should not be restored much, but preserved and not destroyed. If one gun of the same type could be acquired in Italy, it would make a great attraction.

Few are aware of the 1943 events, which proved to be the last victory of strategic importance for the Germans in the eastern Mediterranean. What are your main conclusions regarding those events?

It was a comparatively small battle but it kept out Turkey for another year out of the war. The Dodecanese Islands would perhaps otherwise become Turkish again.