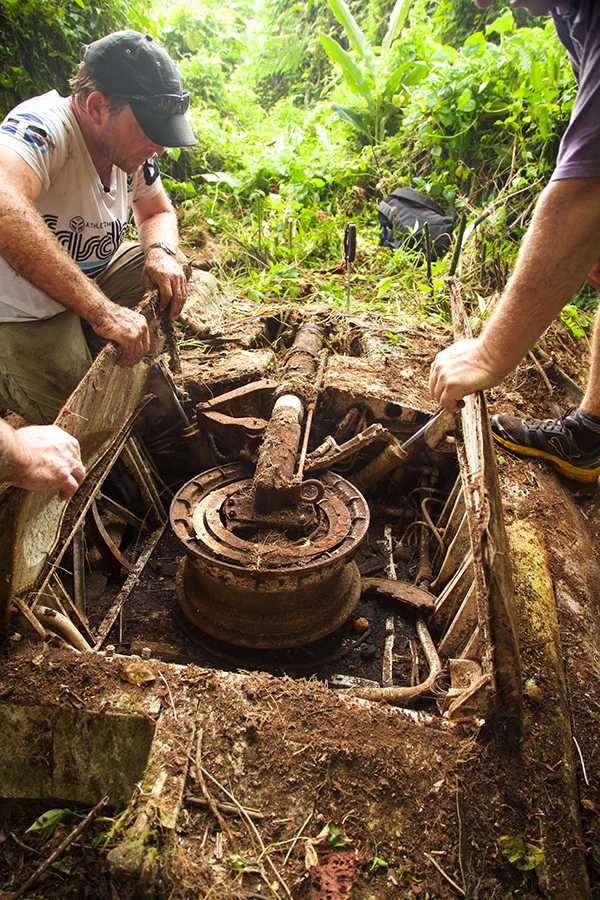 During WW2, Vanuatu was overrun by American troops in an effort to stop the advancing Japanese army and prevent them from gaining a foothold in the area.

At the time, this South Pacific island nation, consisting of a string of roughly 80 islands, was a jointly run British-French colony, administered under the Anglo-French Condominium of the New Hebrides.

More than 75 years ago, the war in the South Pacific hinged on control of a number of islands. Many people have heard of Guadalcanal and the famous campaign in the Solomons.

But far fewer people know of critical role played by the islands to the south, then called the New Hebrides, now the nation of Vanuatu. Without these, the campaign in the Solomons would have been unsustainable, and the outcome of the war in the South Pacific very different.

In May 1942 the first American troops arrived on the island of Efate amidst the scurry of coconut crabs and swaying palms. In order to effectively coordinate defences against the encroaching imperial army of Japan, U.S personnel quickly began setting up infrastructure and facilities.

Working with local labour, the Seabees, a construction battalion carved out the first road that ran around the island’s circumference. The island’s landscape was forever changed as it was thrust into the modern age with telephone lines going up, barracks and hospitals being built and swathes of land being cleared for airfields. 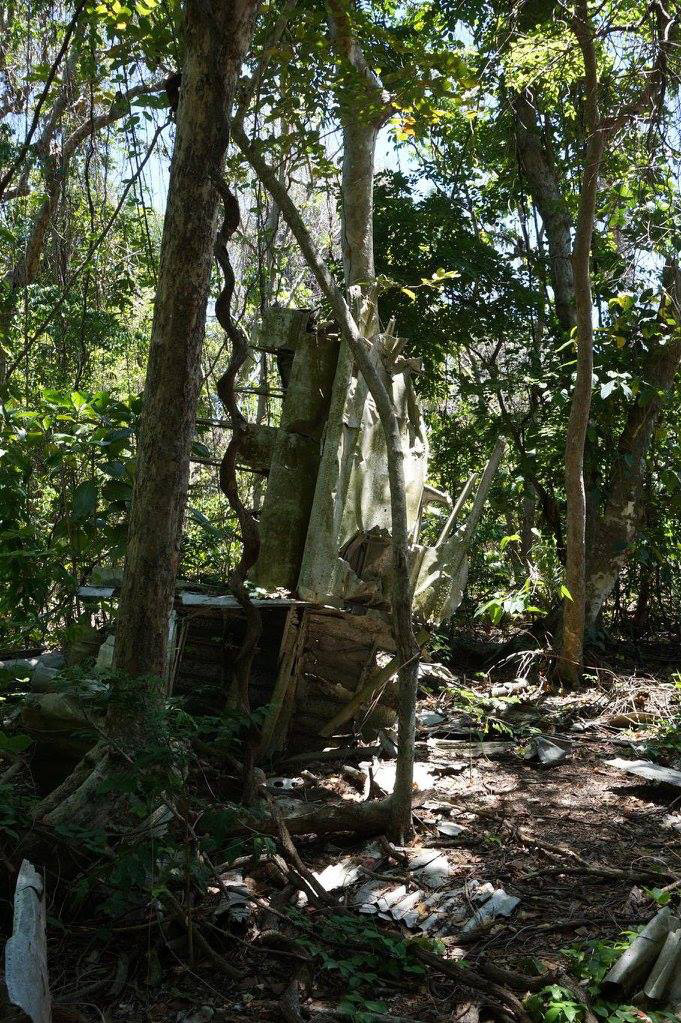 In the northern reaches of the archipelago, the island of Espiritu Santo was transformed with the arrival of just over a hundred thousand soldiers, where an even bigger garrison was established.

The American arrival came unannounced which turned out to be an integral part of their defence strategy against the Japanese who had made advances on the Solomon Islands and Papua New Guinea, raising fears that New Hebrides would be next. 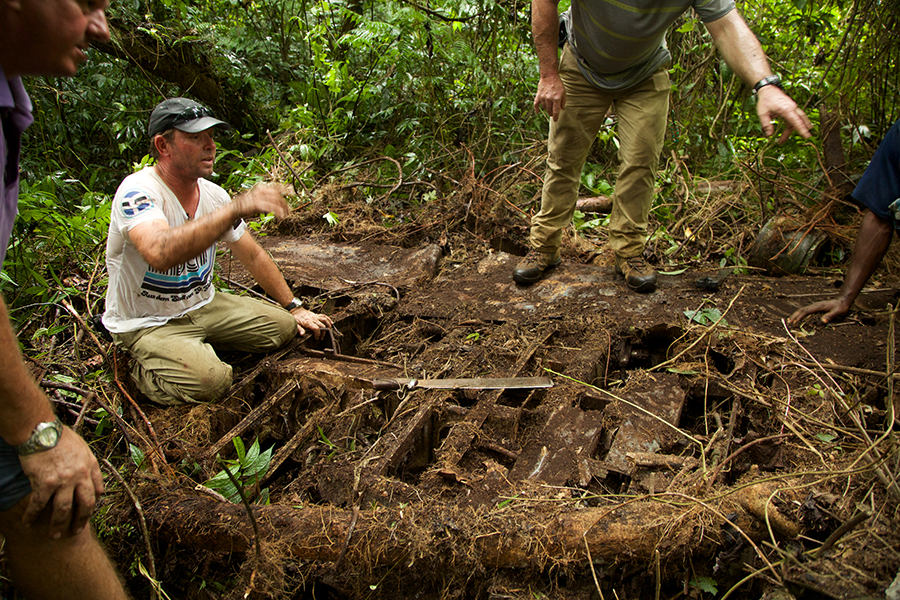 Tens of thousands of tonnes of machinery arrived to bolster the infrastructure built by the Americans, with this number ballooning to an astonishing 9 million tonnes by the time the war drew to a close.

Now a project is underway to create the South Pacific World War II Museum on Vanuatu’s island of Espiritu Santo. 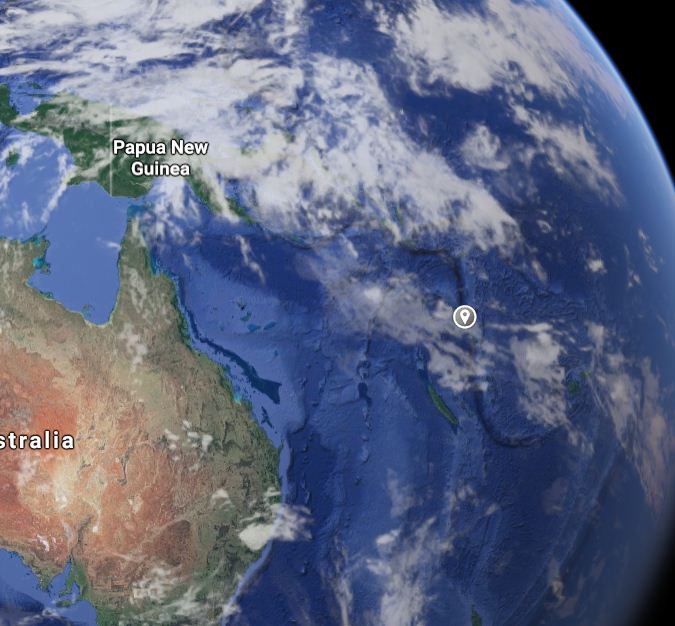 It aims to tell the story of the second largest Allied base in the Pacific war, second only to Pearl Harbor.

Half a million servicemen and women passed through the islands of Vanuatu during 1942 to 1945. Four 6000 foot long airfields were carved from the jungle and coconut plantations on Espiritu Santo alone.

Three hospitals handled casualties from the fighting further north. A giant fuel tank farm, a 90,000 tonne floating dock able to repair battleships, ammunition bunkers, and all the tools of supporting a fighting fleet were built in just a few years.

The base was close enough to the fighting to allow warships, planes and fighting men to rotate in and out of combat. 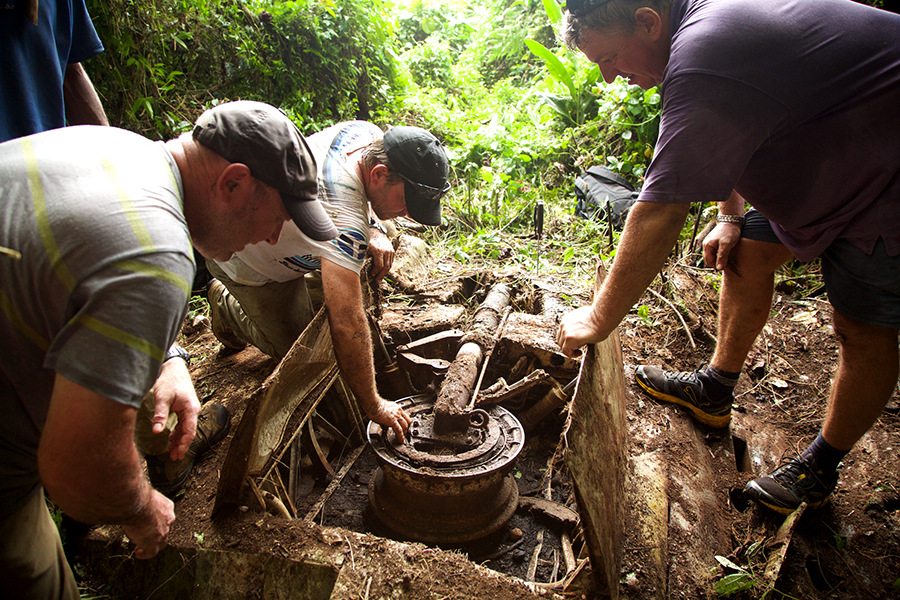 Countless warships and merchant vessels were to take anchorage in the island’s twin natural harbours. Even late in the war, this was a key base, with part of the Okinawa invasion fleet sailing from Espiritu Santo in 1945,

While the war is long gone, the legacy of the war remains in modern Vanuatu, with infrastructure still in use. The iconic Quonset round huts can still be found dotted around the Espiritu Santo town of Luganville for example, where the Museum will be built. Elsewhere, the giant airstrips can still be found under the jungle growth, while plane crash sites remain to explore.

And for hundreds of divers, the wreck of the SS President Coolidge, a troopship sank by US mines in October 1942, is a magnet as one of the 10 top dives in the world.

When the war ended in 1945, the Americans withdrew their personnel from the island with as much haste as they did when they first arrived, leaving stockpiles of equipment behind.

Planes, bulldozers and trucks were dumped under an initiative known as Operation Roll-Up and the islands of Vanuatu became a dumping spot, both on land and sea. 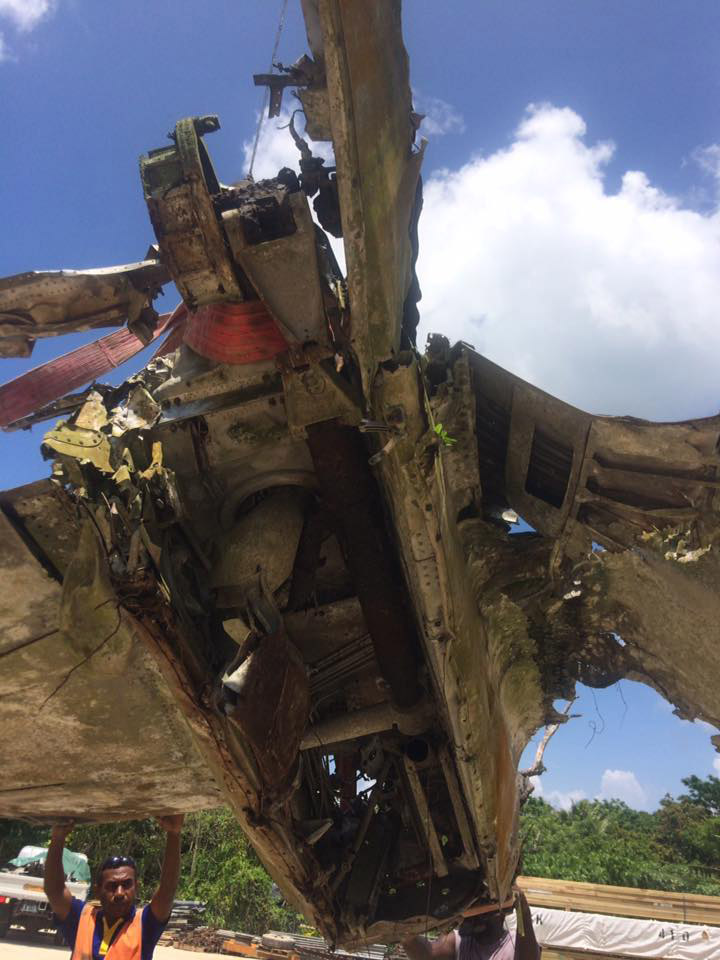 Today you can still find corroded engine blocks, rusted machinery, broken axels and tarnished shards of metal and steel littering the coast of Espiritu Santo, a major dumping ground for the Americans.

A dive below reveals bulldozers, trucks and aeroplanes as the reclaimed home of tropical fish and colourful coral that have transformed these forgotten wartime relics into artificial reefs, making it an excellent diving location.

WHAT IS THE SOUTH PACIFIC WWII MUSEUM?

The South Pacific World War II Museum will be the largest single construction and infrastructure project on Espiritu Santo since World War II.

An international fundraising effort is underway to raise the target of $US 20 million to build the Museum. 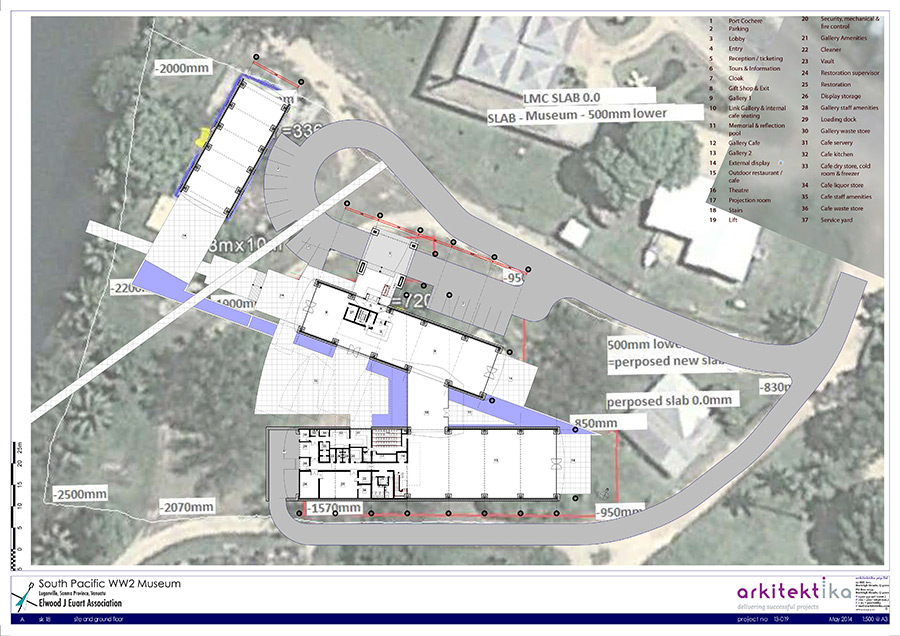 Not only will it be the largest museum of its type in the South Pacific, it will be a destination of choice for remembrance and discovery. It will showcase the untold stories and hidden history of the Pacific war effort, enabling understanding and providing inspiration for the future.

In turn, this will position Luganville and Espiritu Santo’s environs as an exciting, engaging and worthwhile tourist destination,and provide an economic, educational and community centerpiece for all to enjoy. 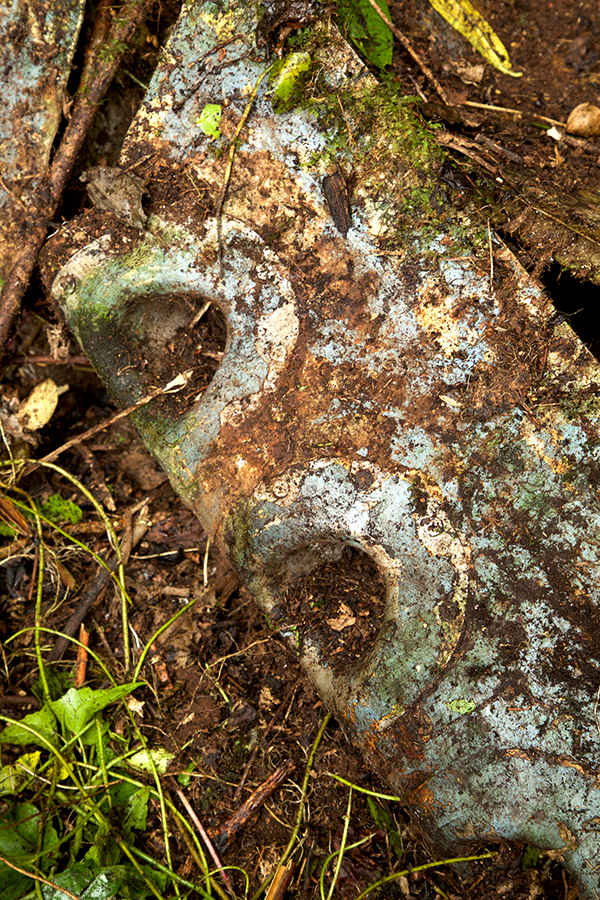 A team of people from around the world are driving this project. The Executive Board Members, all residents of Espiritu Santo, come from diverse backgrounds in Australia, New Zealand, United States and Japan.

In addition to the Executive Board, the museum has a Membership Committee made up of an equally diverse group of Ni-Vanuatu, Expat and Australian members who share an unwavering passion and belief in bringing this project to fruition. 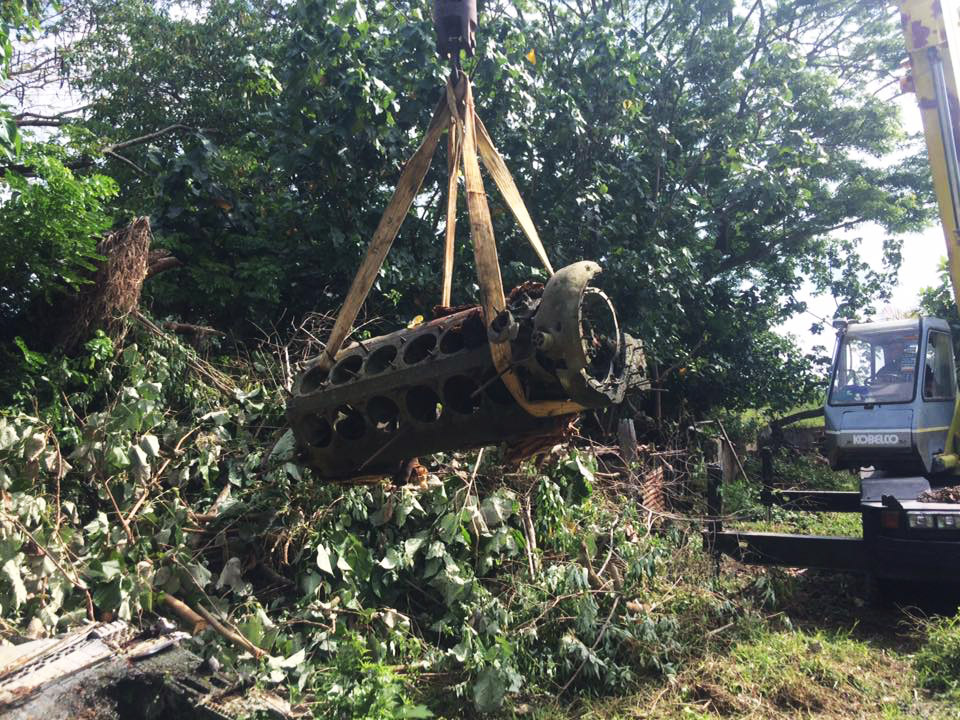 OUR ACHIEVEMENTS SO FAR

• Had land granted by the Vanuatu Government for the construction of the museum on the site of an old US Navy base in Luganville.
• Received official Vanuatu Government endorsement of the project.
• Completed Detailed concept architectural drawings and 3D renders of the museum.
• Developed a fully costed strategic & business plan.
• Created three popup museums in and around Luganville to create interest and intrigue.
• Created a professionally developed and dedicated website.
• Established a social media presence on Facebook and Twitter.
• Begun a monthly newsletter to inform people of our progress.
• Opened a Project Office with two fulltime local staff, and volunteer support from the New Zealand government.
• Registered as a Not-For-Profit organization in Vanuatu.
• Reached the final stages of acquiring charity status in the United States.
• Secured seed funding sponsorship from Air Vanuatu and other local businesses.
• Through our Project Office and mini-museum, hosted nearly 400 visitors per month. 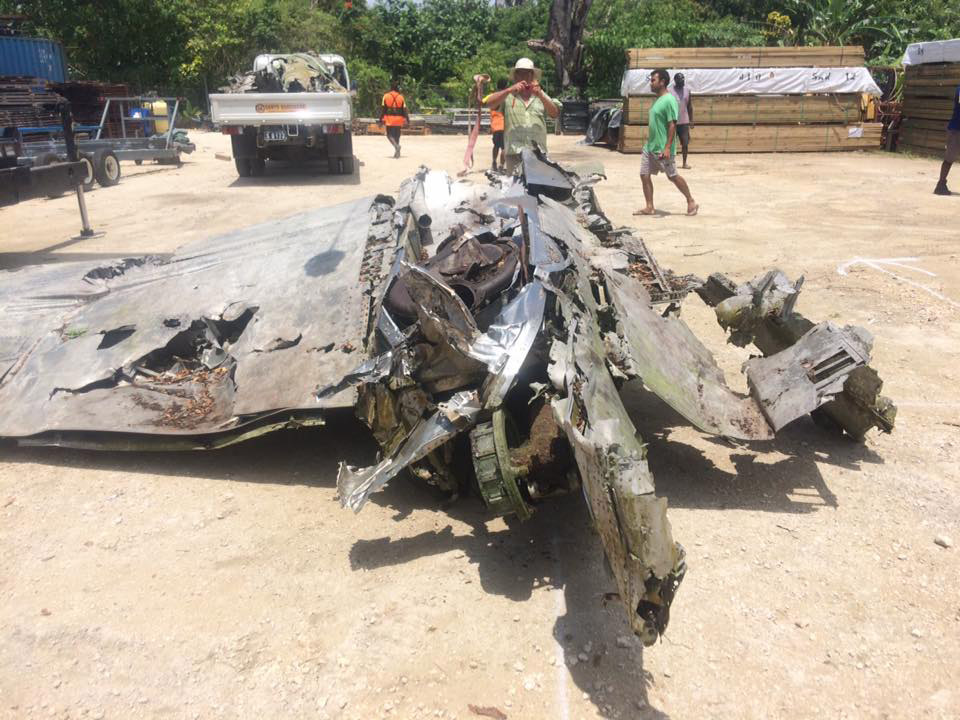 WHAT SUPPORTERS CAN DO

If you are interested in supporting our work, then donations can be made via www.southpacificwwiimuseum.com

We also provide a free monthly newsletter that can be subscribed to through the website, as well as a very active Facebook page with more than 6000 followers. It is frequently updated, particularly from the Museum’s extensive range of historical images from the wartime.

Please pass the word to all those you think may be interested in this project. We love interacting with our supporters around the world and always keen to build our community of those interested in preserving and remembering this unique part of the Second World War history. 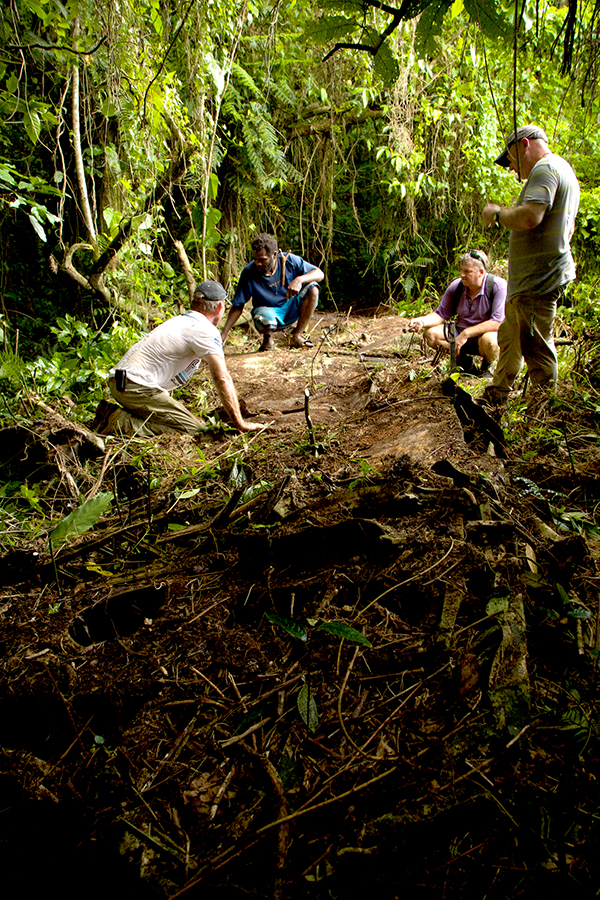