Photos submitted to www.ww2wrecks.com by Kostas Tsipas and used by permission

A legendary aircraft, one of the most iconic WW2 fighters, a Spitfire, is currently under extensive restoration, with the aim to bring it back into the skies, possibly in 2020.

Aviation enthusiast Mr. Kostas Tsipas visited the hangar where the restoration project is currently in full swing and via www.ww2wrecks.com offers us a glimpse into the painstaking process the specialists at Biggin Hill are following, in order to restore every bolt, panel and instrument of the Spitfire.

“Τhe “Spit” is the most complete they ever had to restore, hence it will take two rather than four years to complete.”

“Every panel joint frame piece been taken apart, and getting tested prior to be re-applied to the frame for airworthiness, otherwise it is not going on.”

They are doing a great job!”

The thickness of the aluminium in most parts is approximately 1.5 mm.

“The main body is from a Mk V, while the wings are later, it is an early Mk IX.”

“Here’s a less known fact:
There is a blanking plate, left hand side fuselage just below the pit access door, a numbered part, that does not belong to any IX only because the body is an Mk V.”

It was there in the Mk Vs for the pipe feeding warm air from radiator to keep the guns from freezing.” Mr. Tsipas says, adding:

Mk Vs have one, whereas Mk IX have two, so they were scratching their heads to identify this plate, this specific aircraft is unique in this respect from any other Mk IX currently flying.”

“The experts checked the parts list of the Mk V and there it was!” 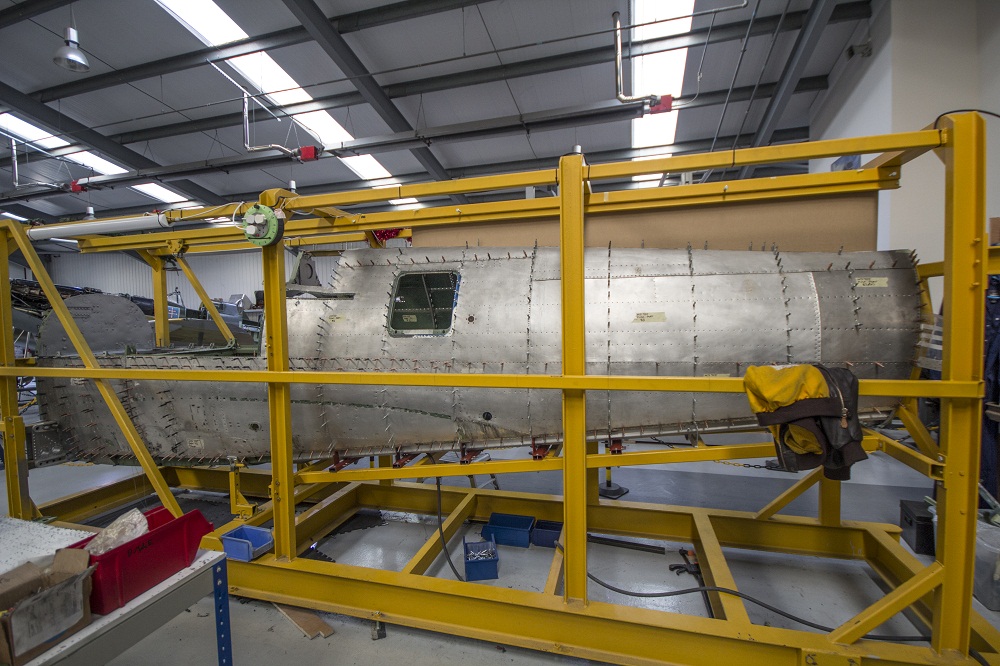 “Some of the body panels have been replaced due to the fact that the original, probably previously changed or repaired panels, the rivet holes are at an angle to the frame, probably the original rivets were left in place and were just ground flat, when these panels were replaced.” 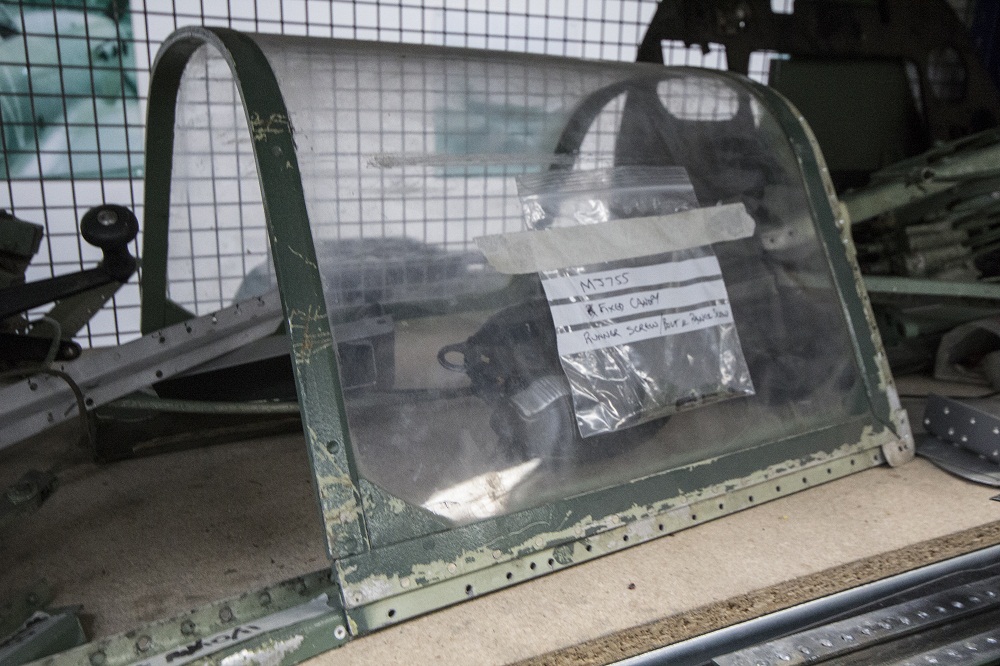 “The most important frame is the one in front on the jig, which took quite a few goes to set it in place, this one essentially aligns everything on the plane.”

If all goes according to plan, this unique Spitfire, one of the few which is as original as it can get, will soon become another flying gem of the past for all aviation enthusiasts to enjoy. 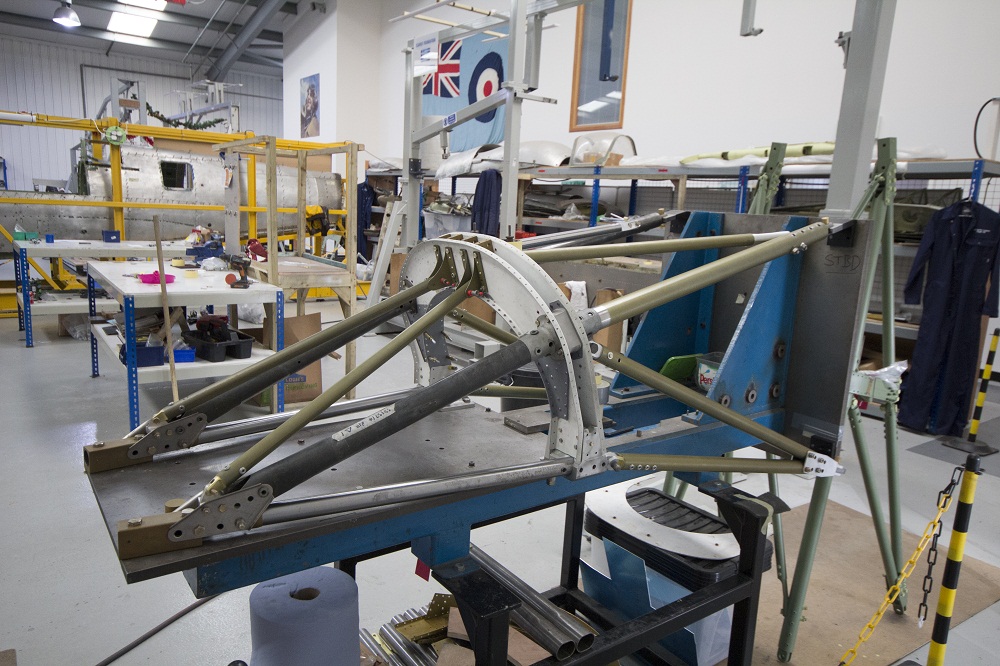 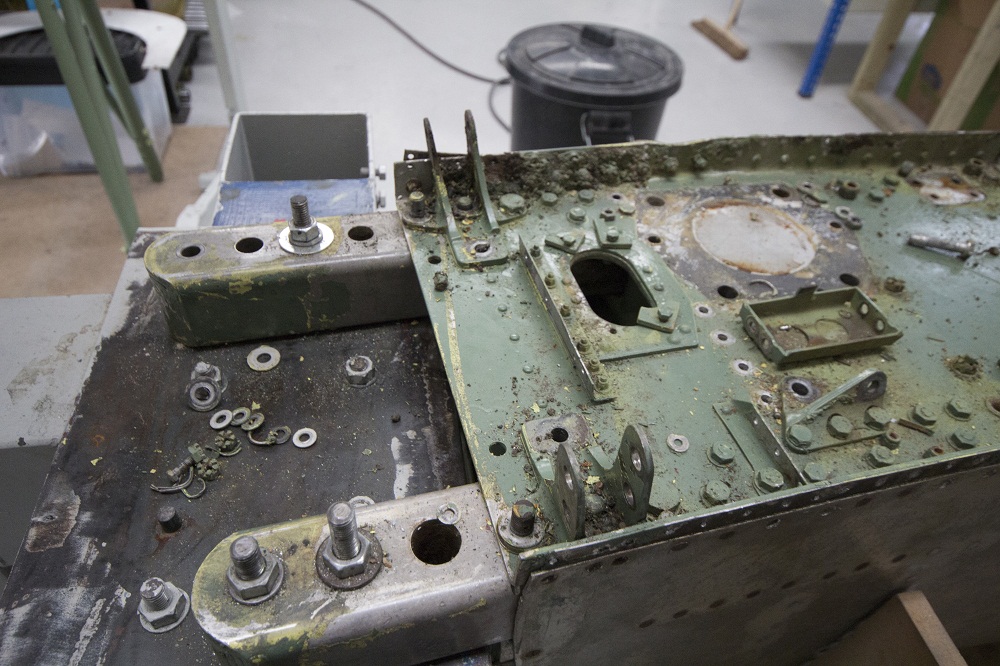 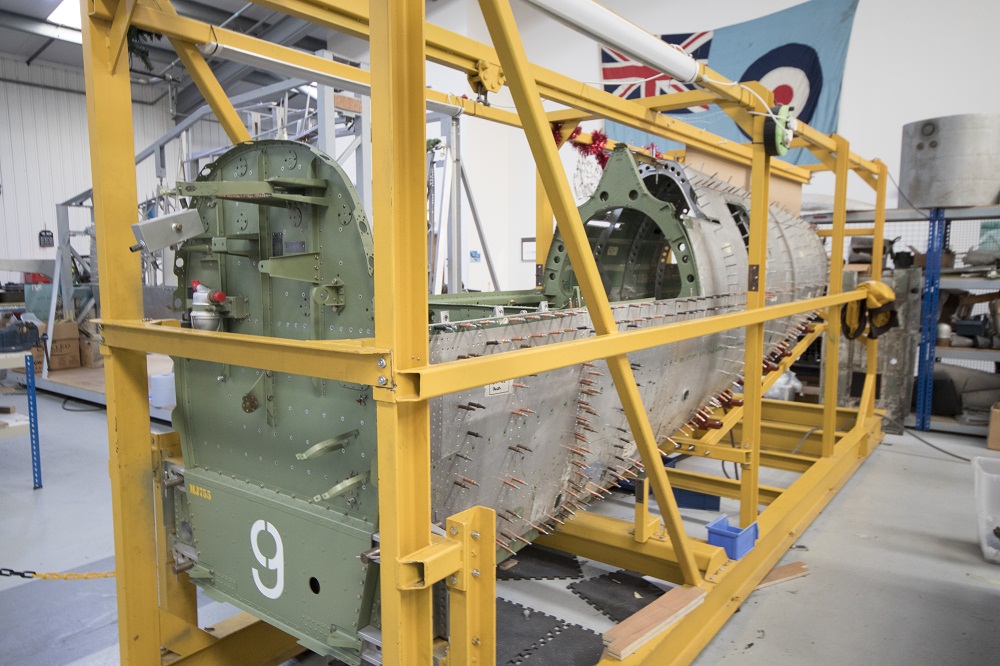