A unique document, titled “Instrument of local surrender of German and Italian forces in Crete”, put into paper the terms of the unconditional surrender of the remaining Axis soldiers on the island of Crete.

Following the Battle of Crete, in May 1941, the island saw a barbaric occupation by the Germans, which resulted in many crimes against humanity, including villages burned, mass executions and other extensive terrorism actions.

Whereas several historic accounts put the date of the surrender on May 12, 1945, this document actually mentions that the date hostilities ceased was May 10, 1945 at 10:00 hrs. GMT. 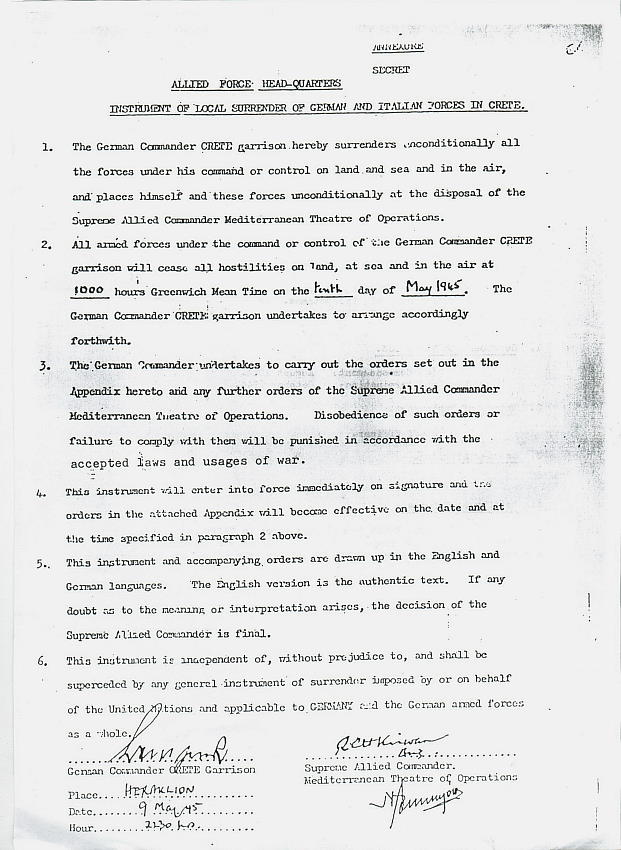