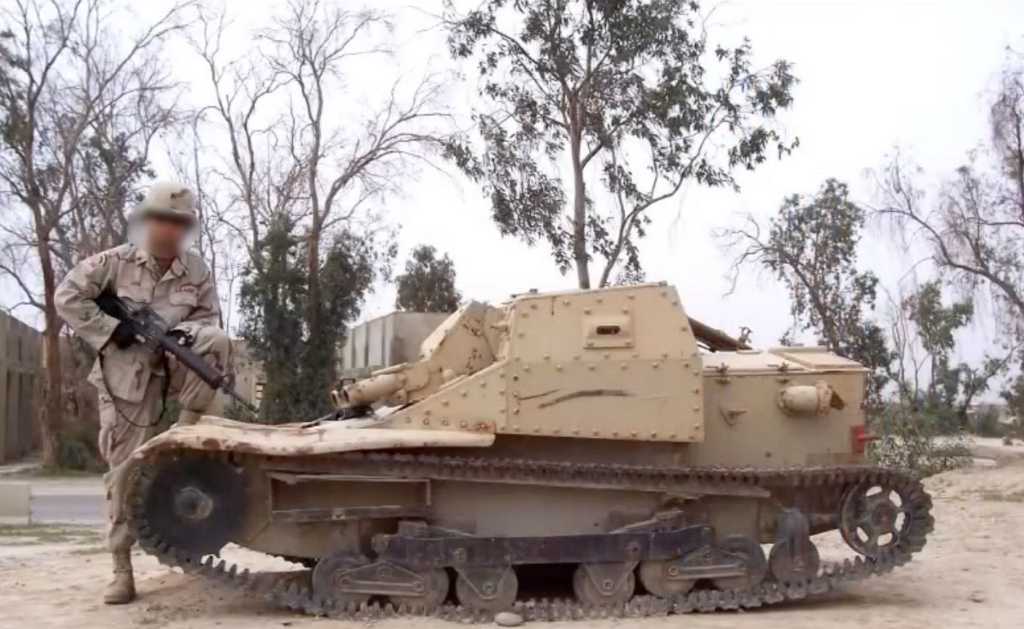 A series of photos depicting WW2 Italian L3/35 light tanks in pristine condition have surfaced from US veterans who served in Iraq during “Iraqi Freedom” operation in the early 2000s.

A rather obscure campaign of WW2, the Anglo-Iraqi war of 1941, was brought in the limelight, as those Italian L3/35 tankettes were found in Iraq.

Iraq, a close ally of the Axis forces before the outbreak of World War 2, bought 16 Italian L3/35 or Carro Veloce CV-35 tankettes in the late 1930s and on 22 May 1941, two Iraqi L3s were reported to have been put out of action near Fallujah during the Anglo-Iraqi War, the British-led Allied military campaign against the Kingdom of Iraq led by the Axis aligned government of Rashid Ali, which had seized power during the Second World War.

The campaign resulted in the downfall of Ali’s government, the re-occupation of Iraq by the British Empire, and the return to power of the Regent of Iraq, Prince AbdulIlah, an ally to imperial Britain.

On 22 May 1941, the Iraqi 6th Infantry Brigade, of the Iraqi 3rd Infantry Division, conducted a counter-attack against the British forces within Fallujah.

The Iraqi attack started at 02:30 hours supported by a number of Italian-built L3/35 light tanks.

By 03:00 the Iraqis reached the north-eastern outskirts of the town.

Two light tanks, which had penetrated into the town, were quickly destroyed.

By dawn British counter-attacks had pushed the Iraqis out of north-eastern Fallujah.

The Iraqis now switched their attack to the south-eastern edge of the town. But this attack met stiff resistance from the start and made no progress.

By 10:00 reinforcements were immediately thrown into battle. The newly arrived infantry companies, of the Essex Regiment, methodically cleared the Iraqi positions house-by-house.

By 18:00 the remaining Iraqis had fled or were taken prisoner, sniper fire was silenced, six Iraqi light tanks were captured, and the town was secure

The L3/35 or Carro Veloce CV-35 was an Italian tankette that saw combat before and during World War II. Although designated a light tank by the Italian Army, its turretless configuration, weight and firepower make it closer to contemporary tankettes.

It was the most numerous Italian armoured fighting vehicle and saw service almost everywhere the Italians fought in World War II but proved inadequate for modern warfare, having too thin armour and weak armament of only machine guns.