Rod Pearce has dedicated his time and efforts finding underwater aircraft wrecks and seeking closure to the families of hundreds -if not thousands- of Missing in Action (MIA) airmen from all nations that fought during World War Two.

Here is the second part of his very interesting interview:

When you manage to find an aircraft wreck and identify it, possibly finding out who the pilot was, do you feel like bringing closure to the members of his family?

Oh yes, definitely. Whether it be Japanese, Australian or American it is always a feeling of closure for the family and myself, especially if the aircraft is Australian as I am Australian by birth. 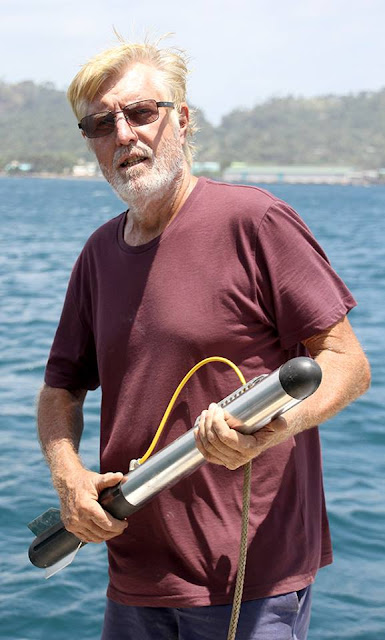 How important is it to preserve those relics for generations to come?

Unfortunately, aircraft in the sea will gradually deteriorate through corrosion, coverage by sand, coral and here in Rabaul volcanic ash, but above all, through human damage, whether it be divers or a ship’s anchor.

I would like to see them preserved in some way, even brought up, restored and displayed however the cost of doing this is beyond anyone’s dreams. 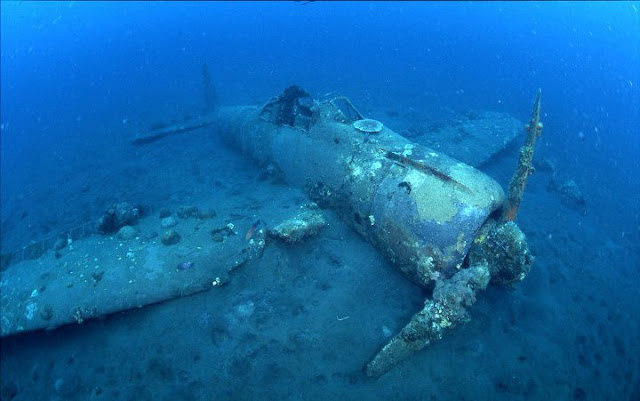 Because in the next hundred years or so, these will have gone forever or a great majority of them.

The war time ship wrecks are beginning to fall apart through rust and that’s only in 70 years.

Having said this, I would like to stress that I am appalled by the practice some (affluent) individuals within the private collector communities employs, by backhanding money to corrupt officials and conning local communities (who often don’t know any better) for illegal salvage deals of in-situ aircraft – especially when this is done for personal gain to private collections. 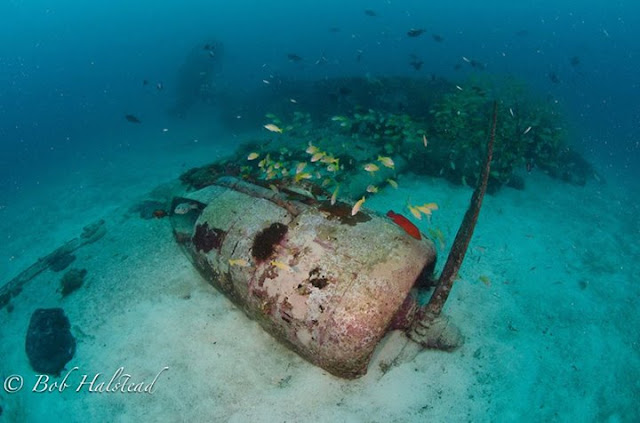 Any such salvage or recovery operation, the way I see it, detracts and contributes to the vanishing heritage of World War II.

In my opinion, aircraft – if salvaged and restored – should be in museums for all to see, and not in some private person’s collection.

Do you believe you are raising public awareness to a long gone and perhaps forgotten part of your country’s history by finding aircraft wrecks?

Certainly, by raising awareness to the plight of MIA’s – that someone actually cares.

Two cases come to mind VH-CIJ with 19 MIA’s found recently in Papua New Guinea and another C47 yet to be found VH-CIZ 22 MIAs, hopefully the awareness will motivate
the authorities into perhaps looking for VH-CIZ.

The latter one I am beginning to get a feel for but the cost of even mounting a first survey search would be well beyond my means. 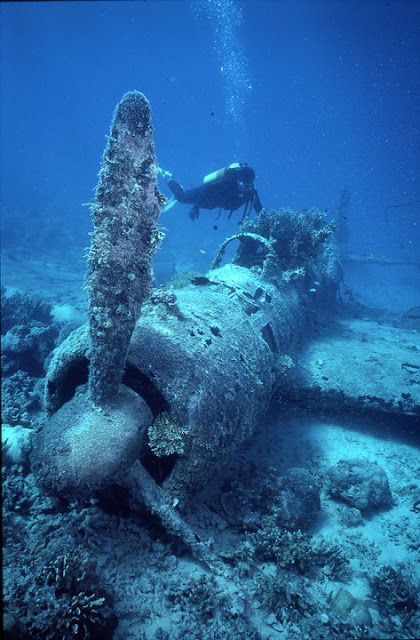 Very few people get the opportunity to research, search, find, document and recover those Missing In Action, and to see a project through to completion as in A9-217 was a very rewarding experience, not only for me but for the whole team that worked on the recovery, and of course their families.

Not a lot of people get to experience this sort of feeling of completeness of a job well done.

This by the way is done in conjunction with the authorities and not by me alone.

How many wrecks did you find until now?

This is a very difficult question to answer, due to the fact that I have found aircraft pieces scattered over the bottom – not knowing the type or country it’s from.

And these were just pieces, not a complete aircraft. These have obviously blown up in the air, and have been scattered over a wide area. 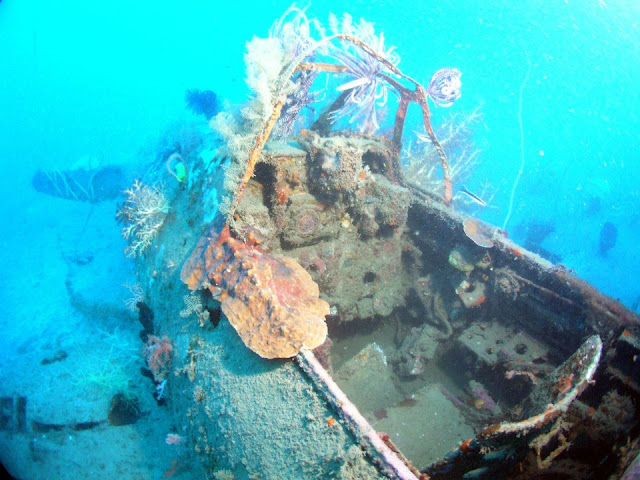 There are also aircraft I have been looking for but did not find, where I then passed on all the info for others to find, which they have. 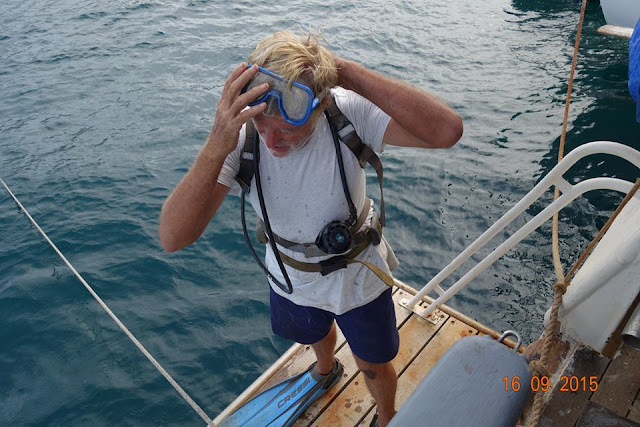 For the number of ship wrecks, I’d say four or five,  for smaller boats and barges and such, i haven’t even bothered to count there’s been so many…

For aircraft wrecks alone, I would have to say 20 to 25 complete aircraft – not counting all the scattered wreckage and debris I have come across – that I could identify as Japanese or Australian: Not all of these wrecks had MIAs onboard. 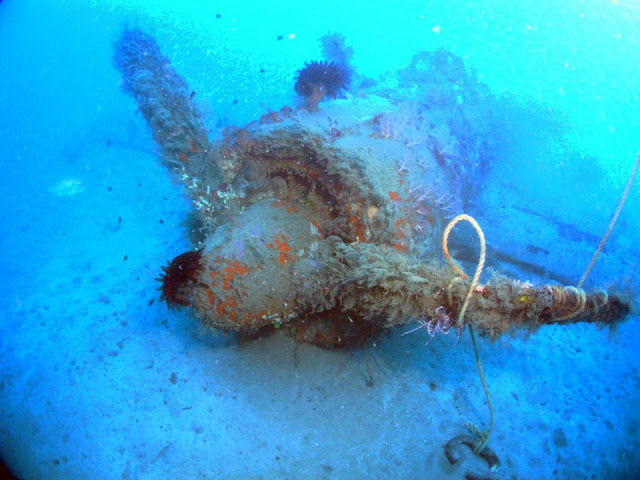 Most aircraft that ditched in the water, the crews have swam away from.

They are the lucky ones.

The aircraft in the water usually made a reasonably ditching, so the aircraft is in rather good condition even if there were fatalities on board, like the B24 4123752 at Kawa Island (see www.pacificwrecks.com) 1 MIA still inside, one died of his injuries on the way back to Alotau but the rest of the crew survived. 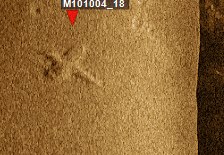 The aircraft in the bush on the other hand usually went in at high speed, more or less obliterating the planes, and over the years the remains of the aircraft have been reclaimed by the forests, vandalization, animals etc so there is not a lot left.

I have found aircraft on land, in the bush, but I’m not really interested in these, and don’t include them in my list of finds.

I still have on my short list 15 aircraft to find in the water, most with remains and these are very easily findable however; It all comes down to time and money.

And having never been married to anything else than my boat and passion for diving, nor had children, I’ve been able to direct my surplus into finding wrecks instead.

What are you planning for the next few months? Any wrecks waiting to be located etc?

For the next three months I take off to find a plane in Buka, and then off to Lae to locate an A-20 that ditched with three crew belonging to the RAAF, one of these crewmembers received the Commonwealth’s highest reward, the Victoria Cross, and there is still one crewmember MIA on this plane. 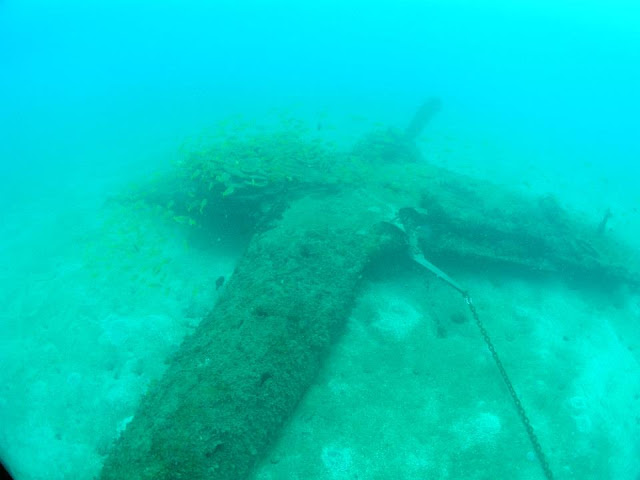 This plane is deep, at about 100 meters.

A28-3 a Boston from 22 Squadron is of particular interest to me as my father went to school at Melbourne Grammar with Bill Newton, VC.

How important is it in your opinion to highlight the role of historical warplanes resting on the seabed?

Very important for future generations, to be documented, if not fully, as I have limited resources.

However in the future, someone might like to step up and fully document these aircraft in the form of a documentary or similar.

But for future generations, I think it’s a must for them to know what happened, and the relatives of those MIAs know the last resting place of their loved ones.

Could you single out the wreck that made you feel proud of?

A9-217, an Australian Beaufort, which crashed at night off a island in a godforsaken part of New Guinea and all were killed. (see pacificwrecks.com/a9-217)

It was only through my determination and experience in hounding the authorities to do a second recovery that we found all four crewmembers in their entirety. 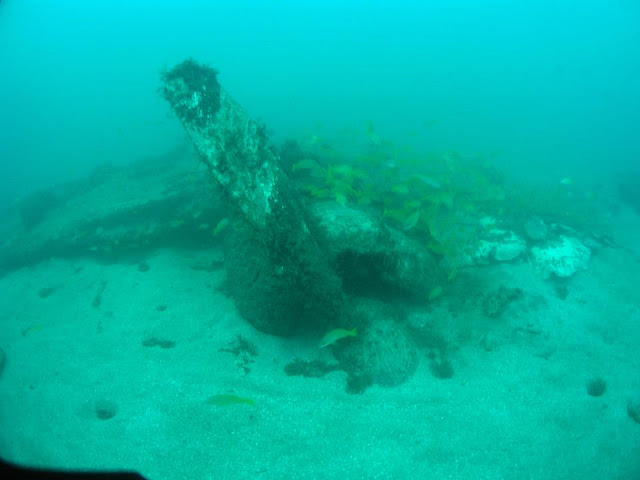 This, I think, was my most memorable recovery, although I failed to document it properly in the form of pictures, I did write up the report on the recovery and the history of it’s last flight.

I should point out, that most – if not all – of the photos on my Facebook-page were taken by other people than me, as I’ve never been much of an underwater photographer and have always had more than enough to do running my vessel and operating my sonar, in addition to all the research that goes into this type of work.

As such, the photos I’ve submitted should be credited to the respective photographers, and not myself.