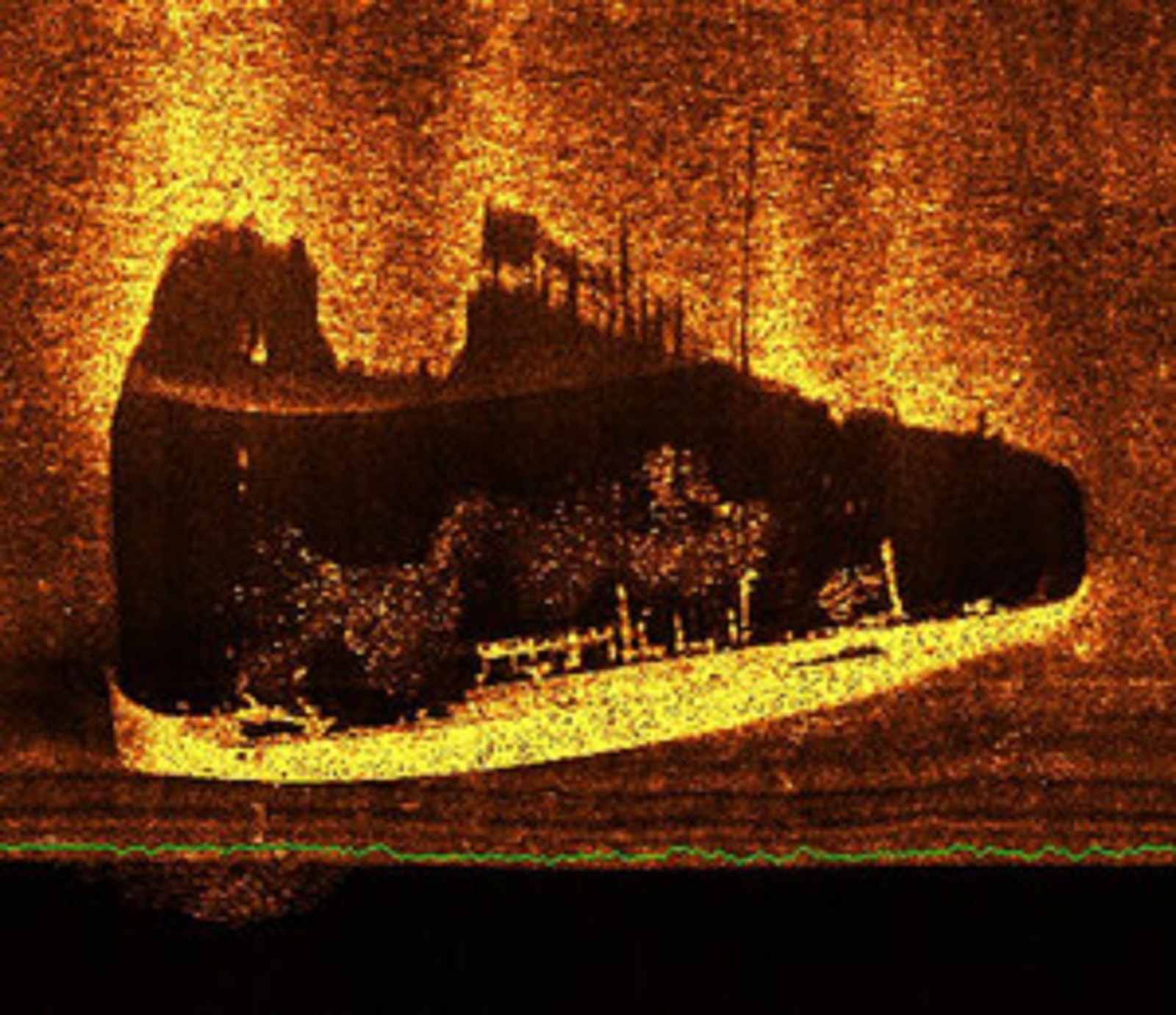 Source of photos and additional information:

Scientists and maritime archaeologists from the Dokuz Eylül University (DEU) Marine Action in Science and Technology Institute have located a shipwreck in the Gulf of Smyrni, Asia Minor, Turkey, which may belong to a Greek vessel sunk in 1922, during the last chaotic days of the Greco-Turkish war, which resulted in the death or exile of hundreds of thousands of Greeks who lived in the area for centuries.

According to Professor Muhammet Duman’s interview to the Daily Sabah newspaper,  this is the fifth shipwreck found in the Gulf.

He noted that the ship was 78 meters in length and eight meters in width.

“The ship could be one of the vessels belonging to the Greek forces leaving İzmir following the occupation,” Duman said.

The professor noted that it could also be one of the cargo vessels carrying goods to İzmir in the late 19th century.

“We will have more information on how the ship was sunk as we get clearer images,” Professor Duman said.