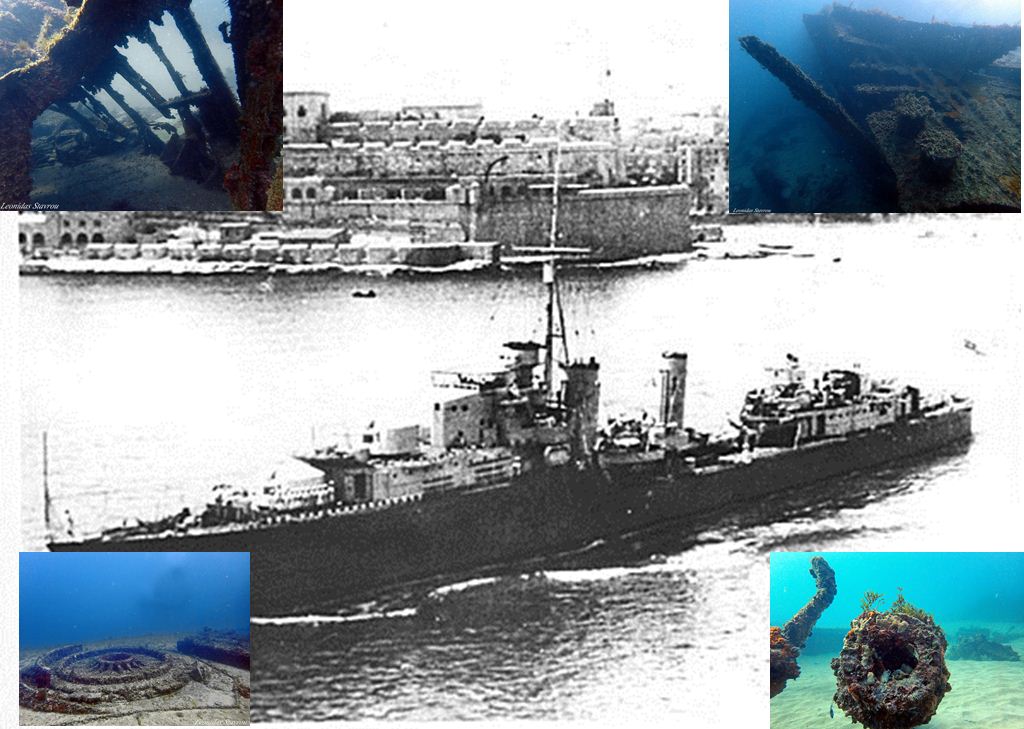 Photos and Text by Leonidas Stavrou, used by permission

The Maori was bombed on February 14th 1942 whilst in Valletta Harbour, receiving a direct hit to the engine room which killed one person. 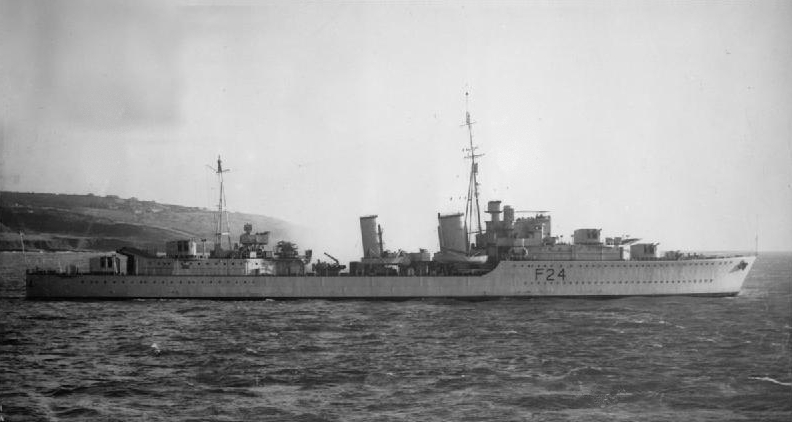 Fortunately the rest of the crew were not on board. It is of historical importance as it helped crack the code to sink the Bismark. 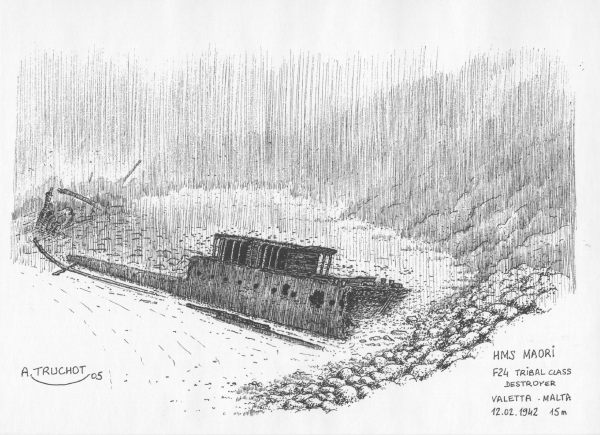 Originally it blocked a major shipping lane so was towed out of the way, but it broke into two. 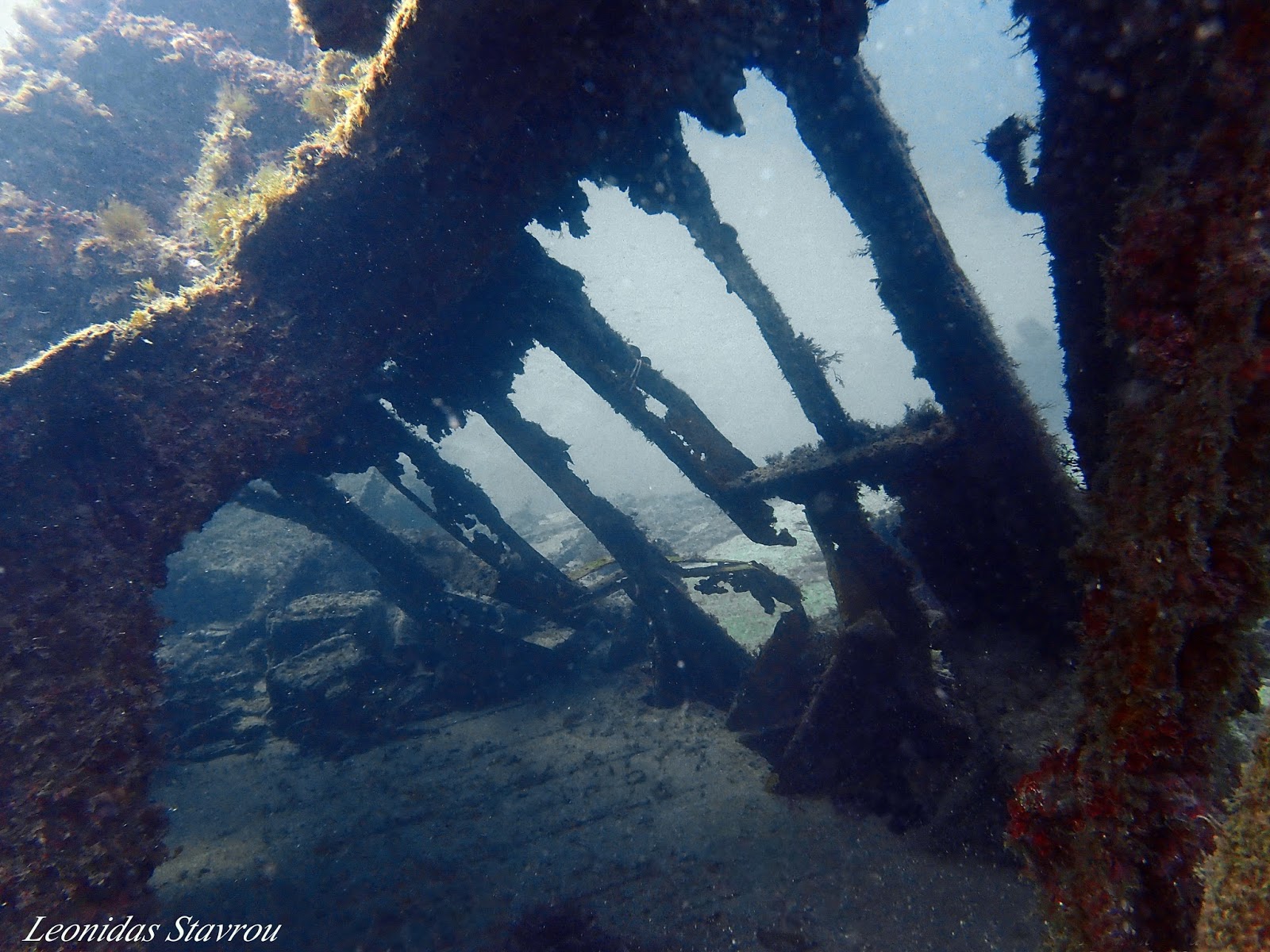 Only one section is now diveable, which is heavily broken up. The guns were removed, but the rings they were mounted on can still be seen, as can some torpedoes. 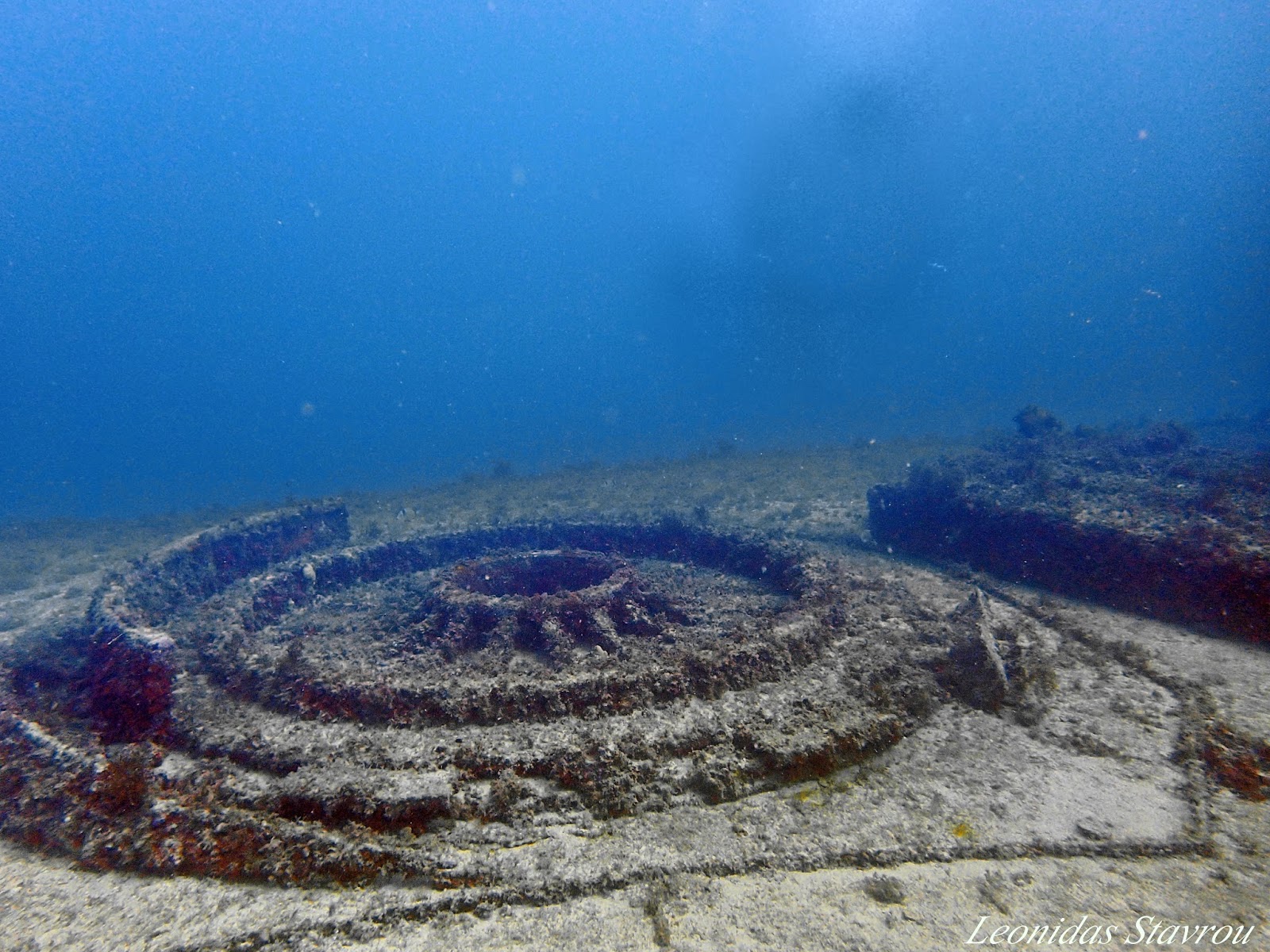 It is buried deeply by sand and the bridge is the only part still to remain intact. 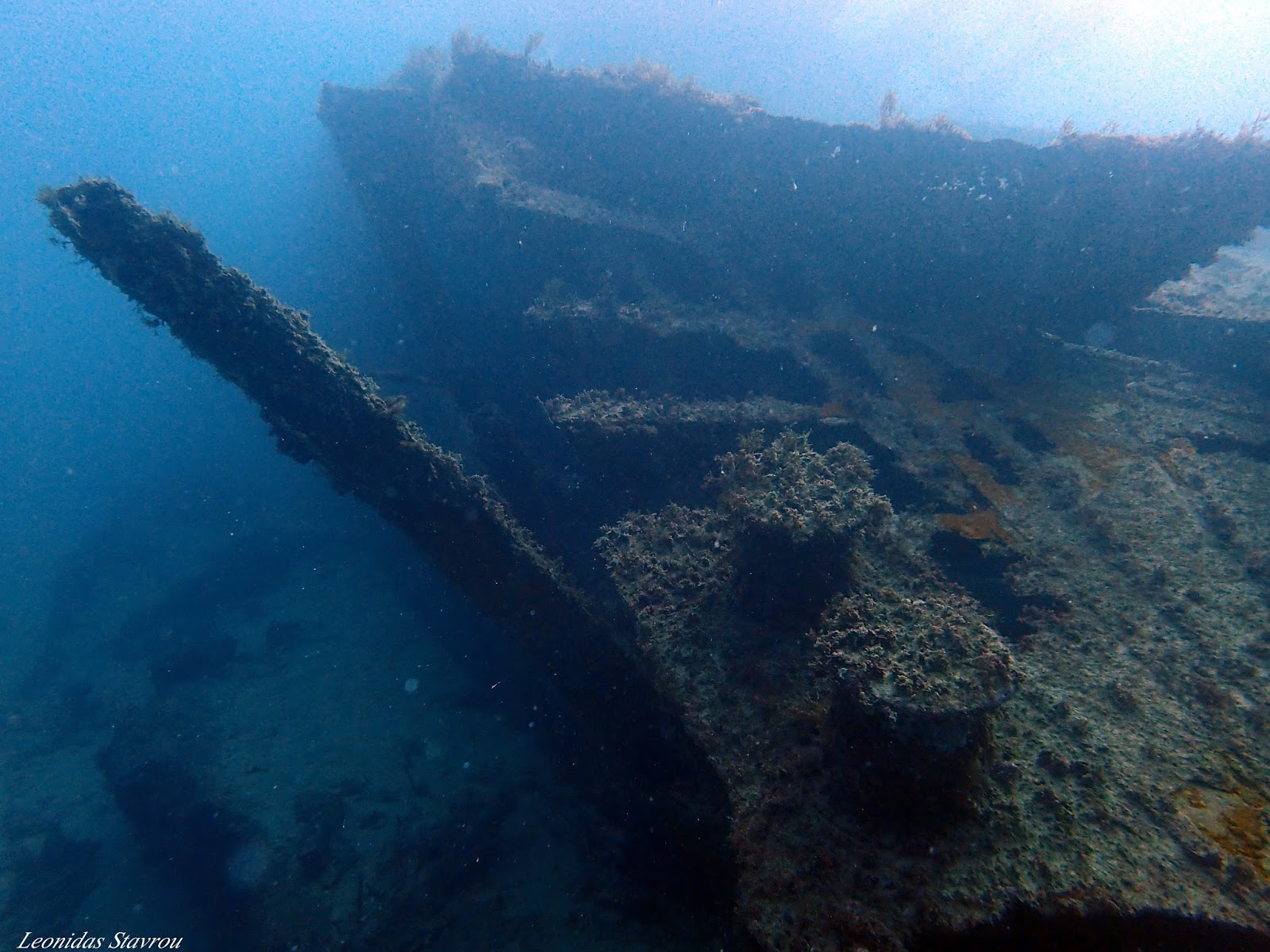 The HMS Maori belonged to the tribal class of destroyers, designed to be fast rather than having superior firepower. 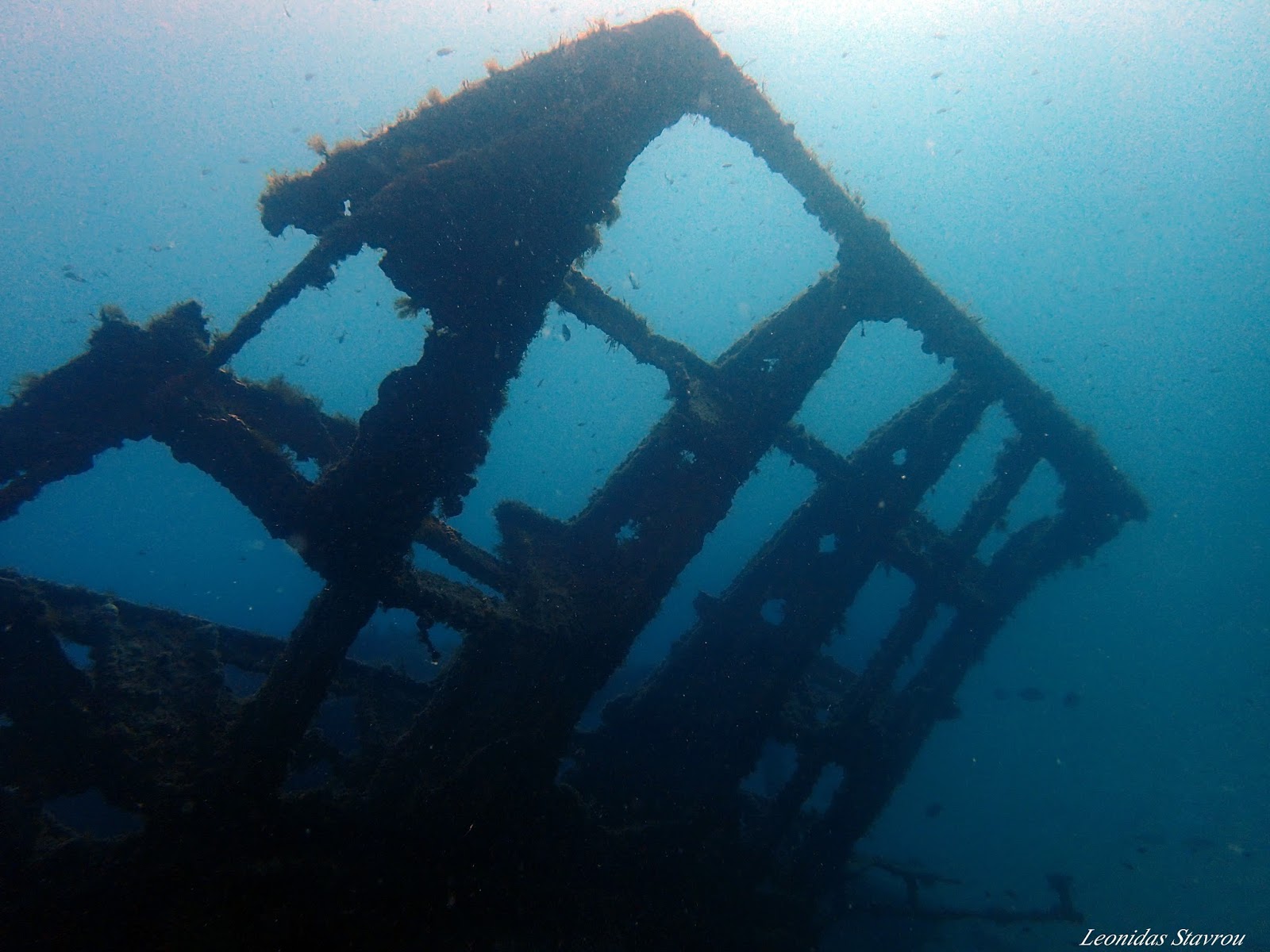 She saw considerable action in the North Atlantic before the was moved to the Mediterranean where she was involved in several remarkable missions, among them the sinking of the Italian cruisers Alberico Da Barbiano and Alberto Di Guissano. 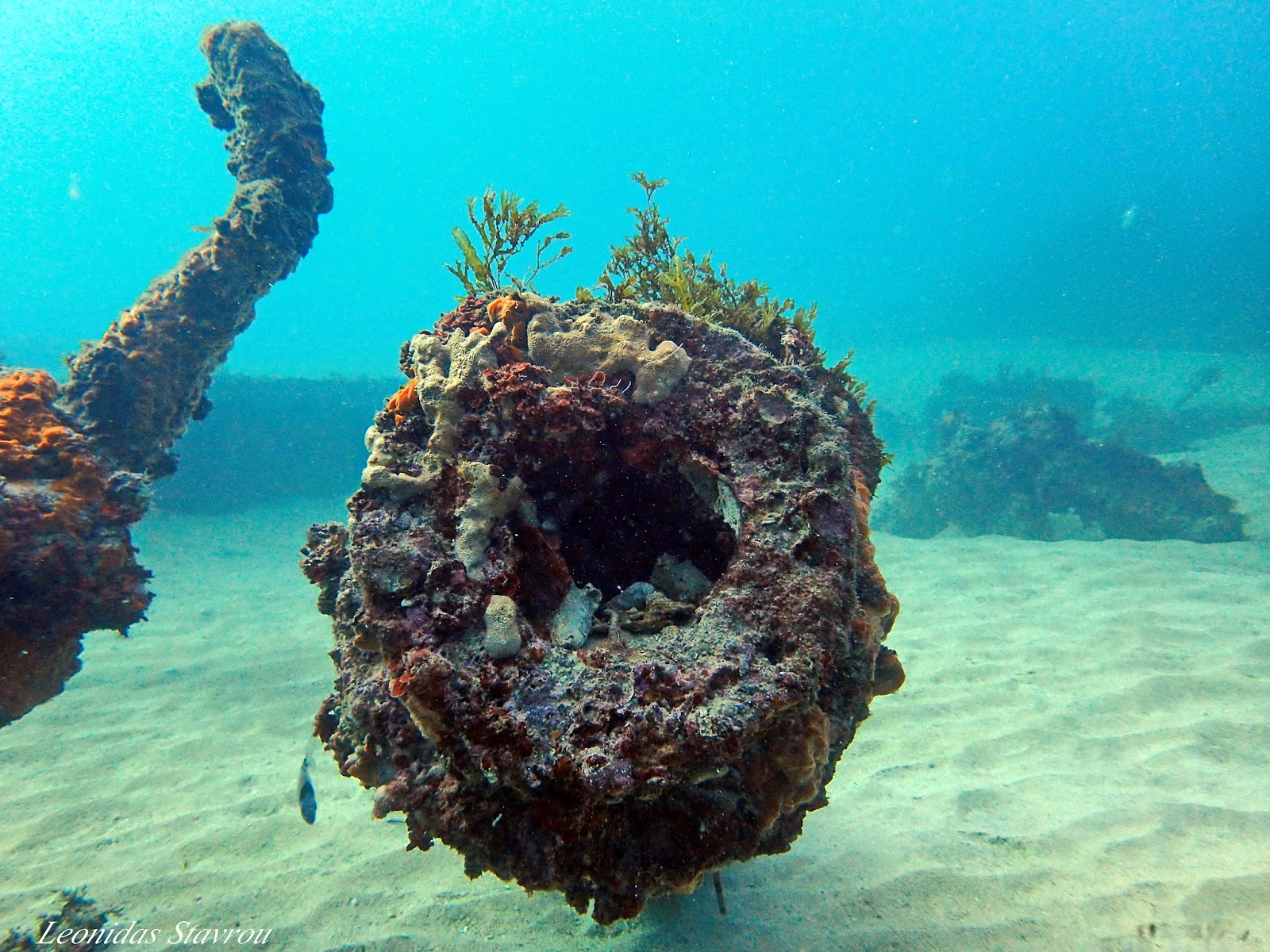 In 1942 Malta was the last allied outpost in the Mediterranean and the Axis powers tried to bomb Malta out of action went. 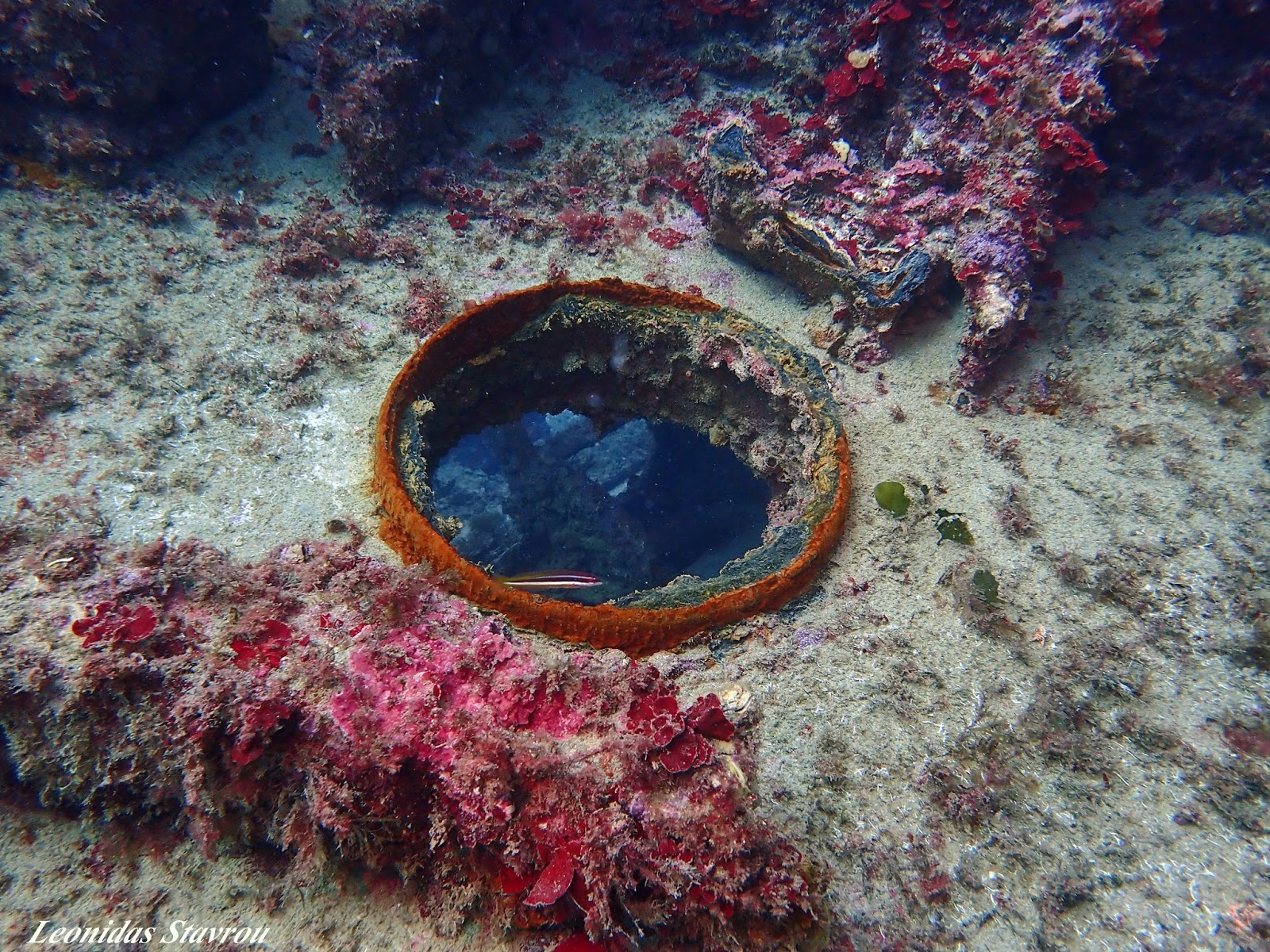 For 141 consecutive days the bomb campaign on until the siege was finally called off after the arrival of the tanker Ohio.

London, as a comparison, was bombed for 40 days – Malta saw another 100 days of action! 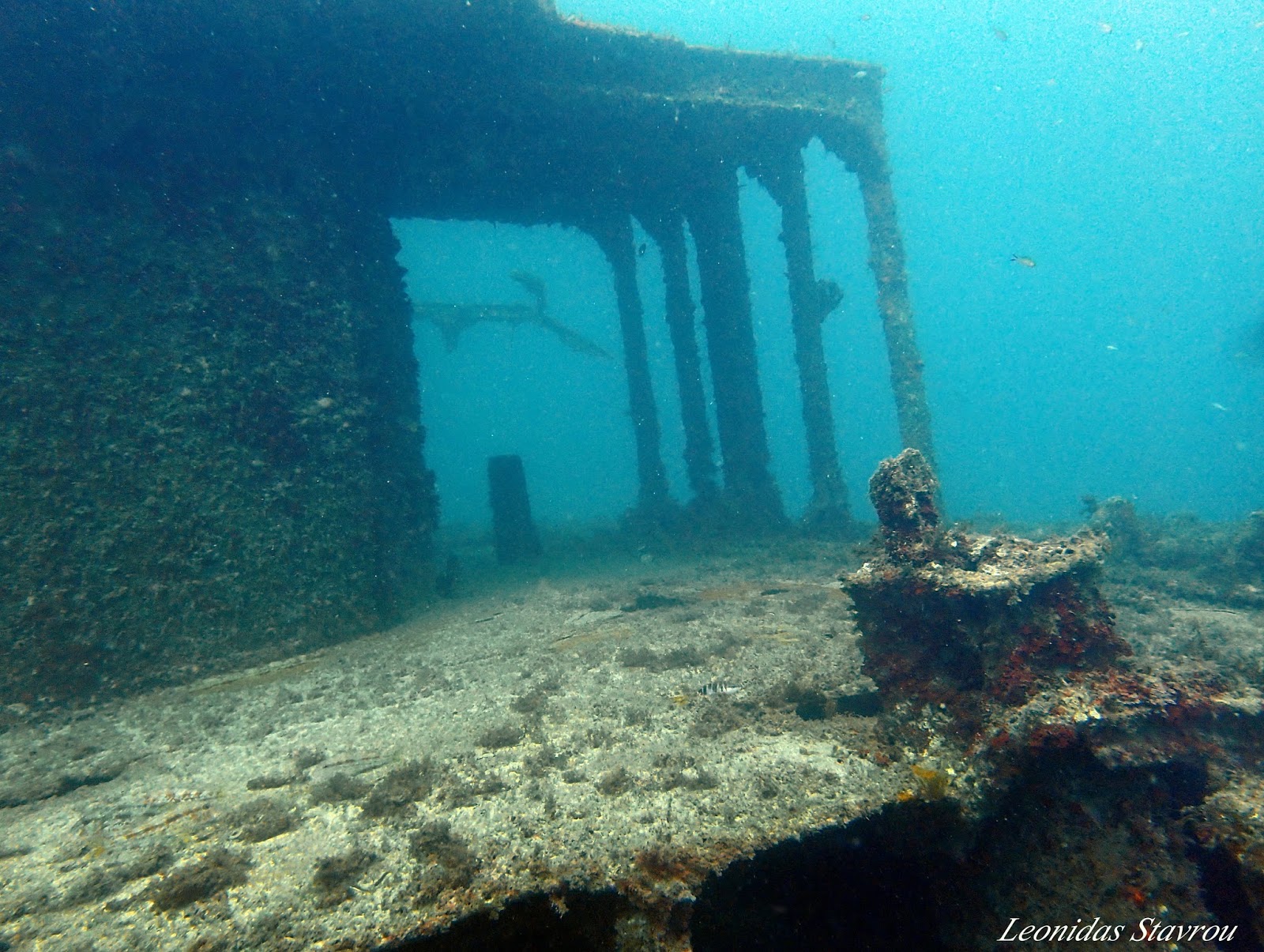 Due to the constant threat of bombs ships moored in the harbours were practically empty during night time and this is probably why only one man was killed when a bomb hit the engine room in the morning of February 12th 1942.

Another ship shrouded in legend is the Bismarck. As the Titanic, she was the biggest ship of her time and also her sinking included a great deal of drama.

Fighting against a very superior enemy she could finally not withstand any longer and sank in the North Atlantic at a depth of over 4000 meters.

Some 2000 people lost their lives but some were saved by the allied ships. One of the ships that picked up survivors were the HMS Maori.

Location: Marsamxett Harbour, Valletta, Malta.
Τype: Destroyer
Length: 35 metres (115 feet) still intact
HMS Maori was a Tribal-class destroyer named after the indigenous Māori people of New Zealand. She served with the Mediterranean Fleet until she was bombed by German aircraft while at Malta in 1942 causing her to sink.
292
1818
847
523
552
407