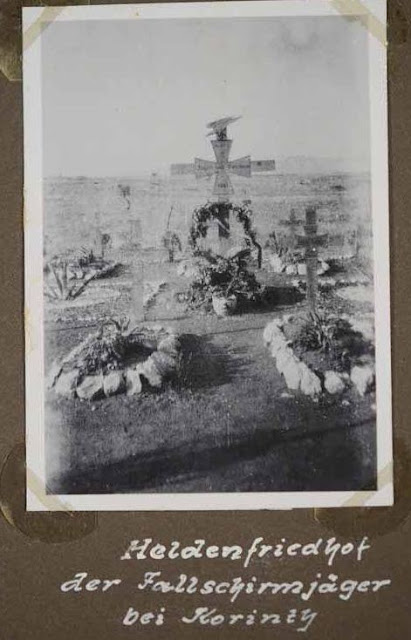 The Germans had established air superiority early in the campaign. As they consolidated their positions German fighters and dive bombers dominated even more. 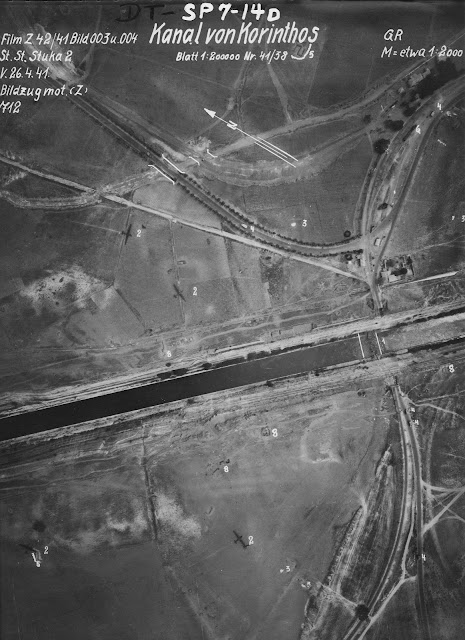 Percy Parrymore was with the 122/13th Light Anti Aircraft unit in Greece. As the British made their withdrawal from Greece his troop was selected to remain as a rearguard on the last bridge over the Corinth canal.
The eight men on his gun were reduced down to six and they were told to watch out for parachutists:
Came the dawn on Saturday, 26th April, along with scores of German fighters with machine guns blazing. The man taking cover alongside me was killed outright and I was wounded in the right hand and arm. 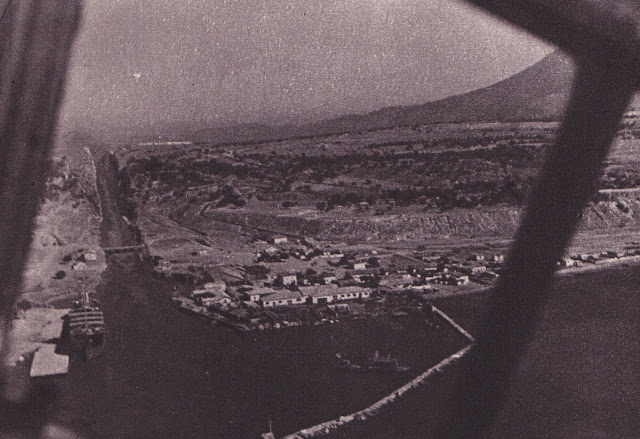 Then the Germans started dropping the parachutists, and it was quite evident that nothing was going to stop them. Eventually there were left only the Sergeant, Alan Ponsford, and myself (bombardier), and deciding the only course of action was to spike the gun, we threw the breech block as far as we could into a corn field.
My right arm was useless, so I told Alan I would crawl through the adjacent corn field to see if I could see any other British troops. 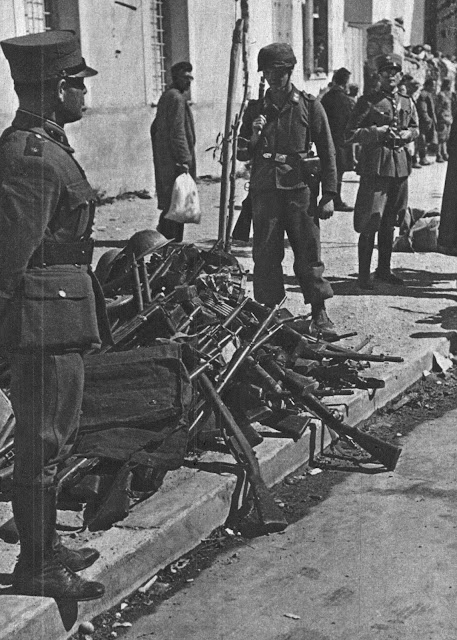 On my return after only a few minutes Alan was dead. I had not, of course, seen any British, but found four Germans advancing towards us, at whom Alan had apparently been firing with a Greek rifle; he was just keeled over in a kneeling position. I took his rifle with my remaining hand and took one shot at the advancing Germans. This stopped them, but they started throwing grenades. 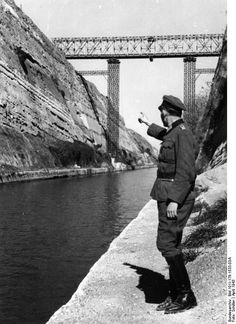 Then a very Lancashire accent voice called out ‘Nah then, daft bugger, gie thissen up’. I thought this must be a German who had lived in England, so still dodged a few more grenades.

Finally, deciding ‘This is the end’, I stood up, still holding the rifle, and the Germans and I simply stared at each other. They indicated strongly that I should drop the rifle, which I did, and then walked over towards them.
They could not have been kinder, and used their own field dressings to mop up my hand and arm, and I was taken to a field dressing station, which had been dropped by parachute, and where a German doctor showed no discrimination between German and British wounded.