Rod Pearce has dedicated his time and efforts finding underwater aircraft wrecks and seeking closure to the families of hundreds -if not thousands- of Missing in Action (MIA) airmen from all nations that fought during World War Two. 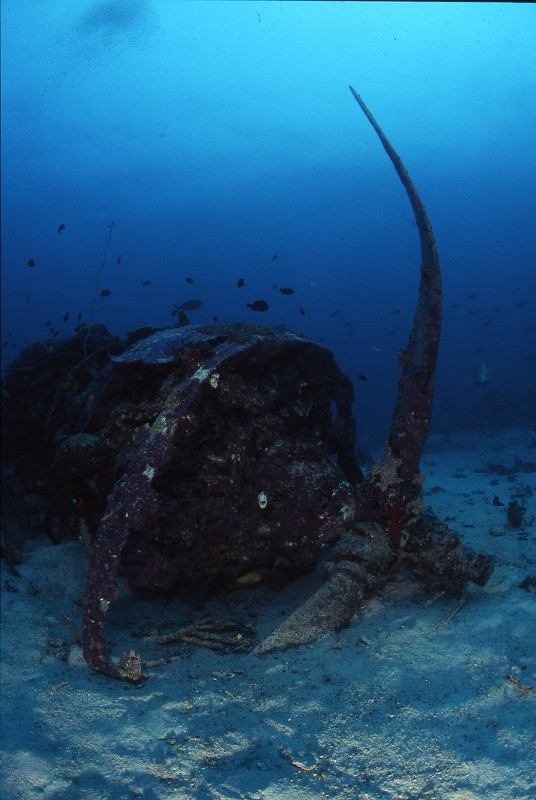 Rod has been diving in Papua New Guinea for 40 years and is credited with discovering most of its best underwater wrecks, including B-17F “Black Jack” 41-24521 and co-finding s’Jacob, along with many other WW2 shipwrecks and aircraft.

“I have been working with the American nonprofit organization called “Pacific Wrecks” (see pacificwrecks.com) for the past ten years or so “Rod says and adds:

“While Justin Taylan -founder and director of Pacific Wrecks- and the rest of his team has mainly been focused on our overland-work, and for the last two years has had a US government contract to investigate MIAs in Papua New Guinea, my interest and focus has always been the underwater side.

Together I’d say we make a pretty good team for doing what we do”.
Here is what Rod has to say about this specific aircraft wreck:

“On November 15, 1943 this Beaufort took off on a torpedo attack against enemy shipping near Simpson Harbor off Rabaul.

Last observed at the southern end of St. George’s Channel returning to base. Later seen circling near Kawa Island. This Beaufort crashed into the sea killing the entire crew.

Early the next morning a U. S. Navy (USN) PT boat attempted to locate survivors after it was discovered that the aircraft had ditched, but nothing was found.

They did recover a fuel tank found floating on the surface. This fuel tank still resides in the only village on Kawa Island and has become part of their folklore about the war.

I discovered this wreck in January 2000, on the sandy sea floor off Kawa Island, with research assistance from Don Fetterly. The bomber rests on a white sandy bottom at roughly 20 metres depth.”

Recovery of Remains
During March 2001, a RAAF Searcher Team surveyed the aircraft. The team sucked the sand out of the fuselage interior and located the remains of all four crew members. Each were identified by their identity tags and dental records. Australian Veterans Affairs Minister, Bruce Scott, reported they managed to locate the families of the other three Australian airmen but have been unable to find any for Drake’s. 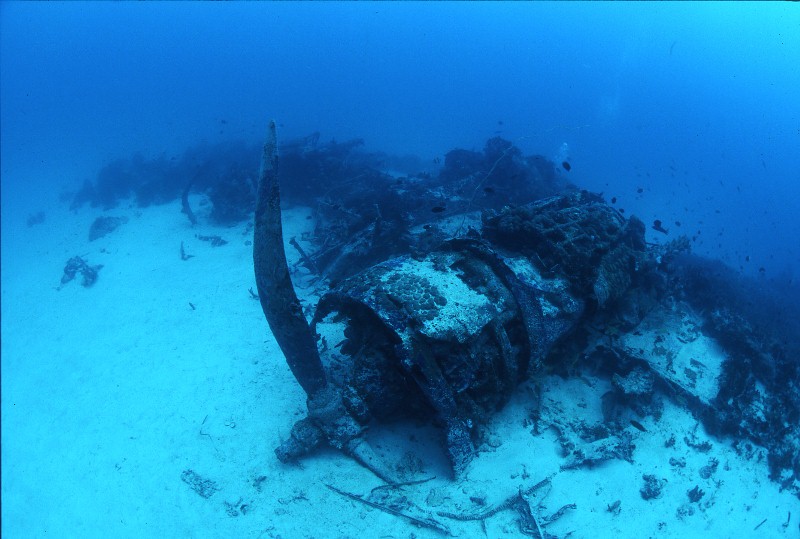 Memorials
The entire crew was officially declared dead the day of the mission. After the recovery of remains in 2001, the crew were buried at Bitapaka War Cemetery. Woodgate at W. B. 7. Drakes W. B. 8. Wells at W. B. 5. Maclean at W. B. 6.