Grammos mountain, part of the Northern Pindos Mountains, covers an area of 35,000 hectares and is an ocean of mountains, deep gorges and ravines, which are covered by dense forests. 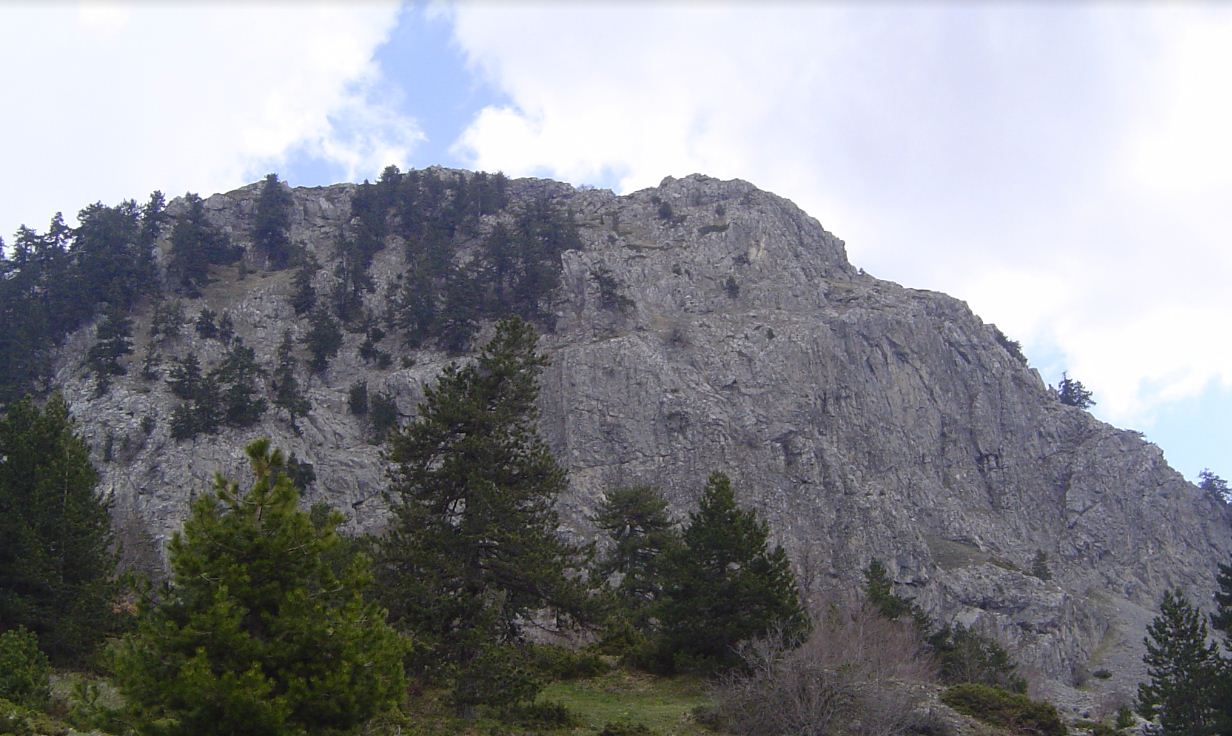 It was a main theater of operations during he three-year Greek Civil War.

Every stone has a story to tell: Endless rows of trenches, defensive positions, landmines and ordnance are witnesses of the hard fighting that took place on these mountains.

The mountain is still full of fragments of shells, all kinds of war material, even forgotten graves, evidence of heroism and self-sacrifice.

The blood and tears of the Greek youth who died fighting on Grammos may be forgotten, however the battlefield relics remain intact to this day. 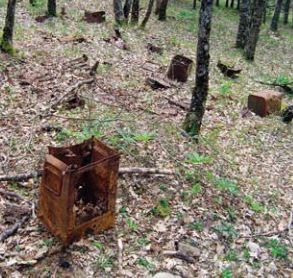 Two sites are located west of Sarantaporos river, between Kefalochori village and Aetomilitsa, just below the highest peak of Grammos (2520 metres) and just a few kilometres from the Greek-Albanian border.

These are the hills “Patomata” (1230 metres) and “Petra Muka” (1841 metres). The area was considered as the main location occupied by the communist guerillas known as “Democratic Army of Greece” (backed by Albania, Yugoslavia, Bulgaria). 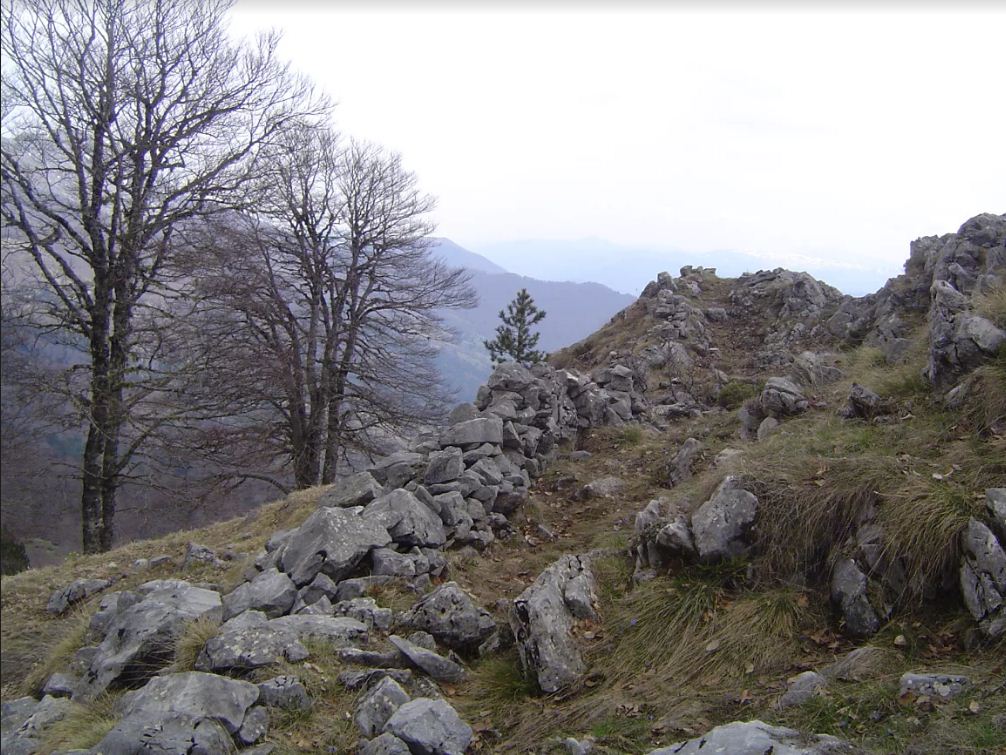 “Patomata” in particular went down in History for the tough battles during 1948 and 1949, since it was a bridgehead controlling access from Sarantaporos. It was defensively organized with minefields and barbed wire. 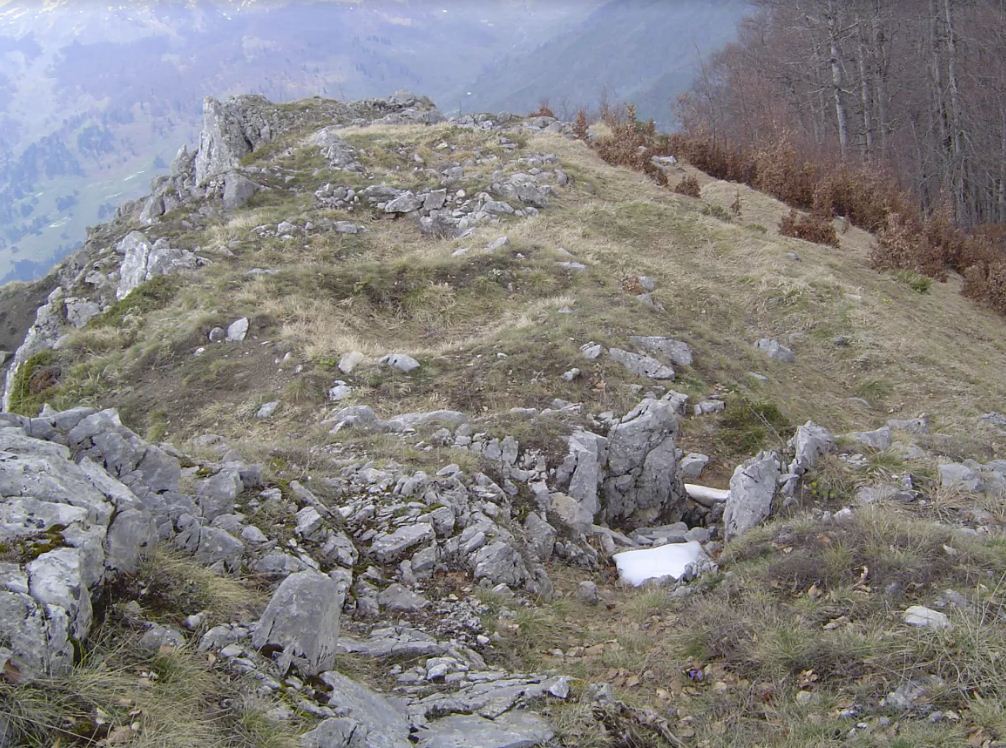 In the most crucial battle that took place there (May 30 – June 2, 1949) the hill was occupied by two companies of the 75th Brigade of the National Army (government forces backed by the US) equipped with heavy weapons.

The guerillas besieged the position. 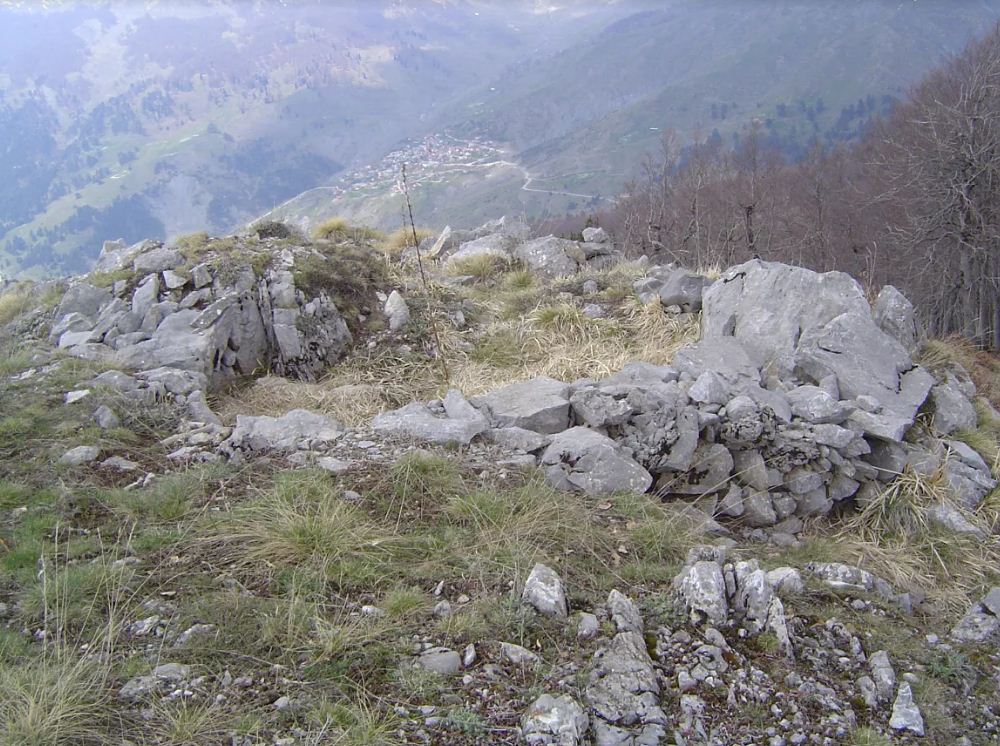 The battle turned into a hard hand to hand struggle. Out of the 285 men who defended “Patomata”, 191 government soldiers were either killed, injured or missing in action. The losses of the communist guerillas is unknown. 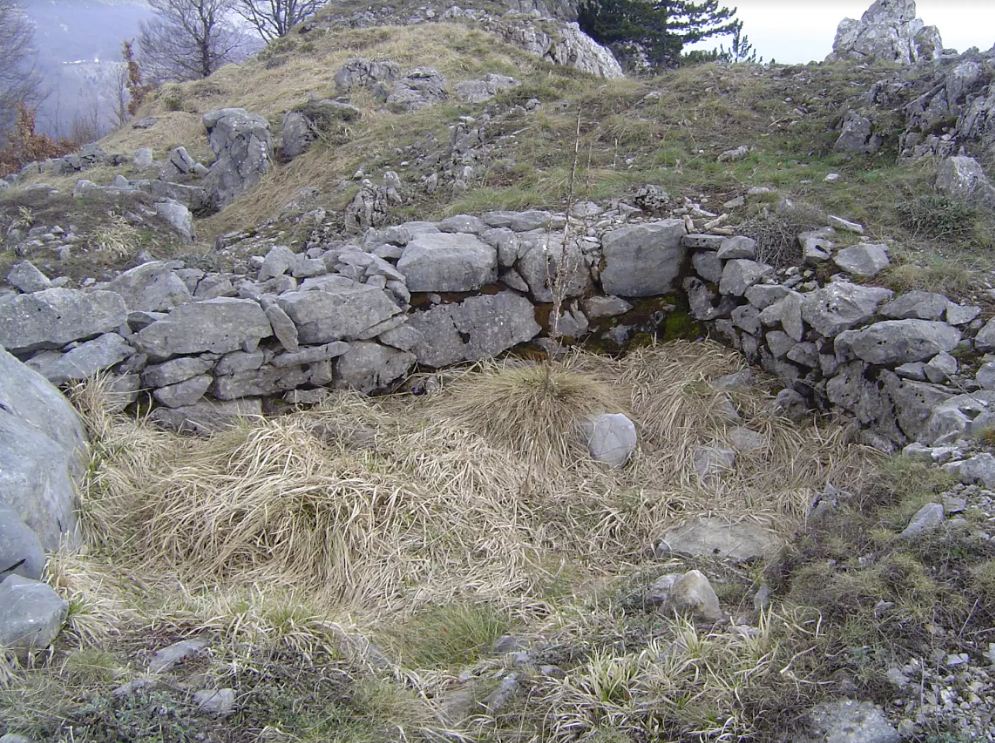 “Petra Muka” is located northeast of “Patomata” and offers a perfect base against it. 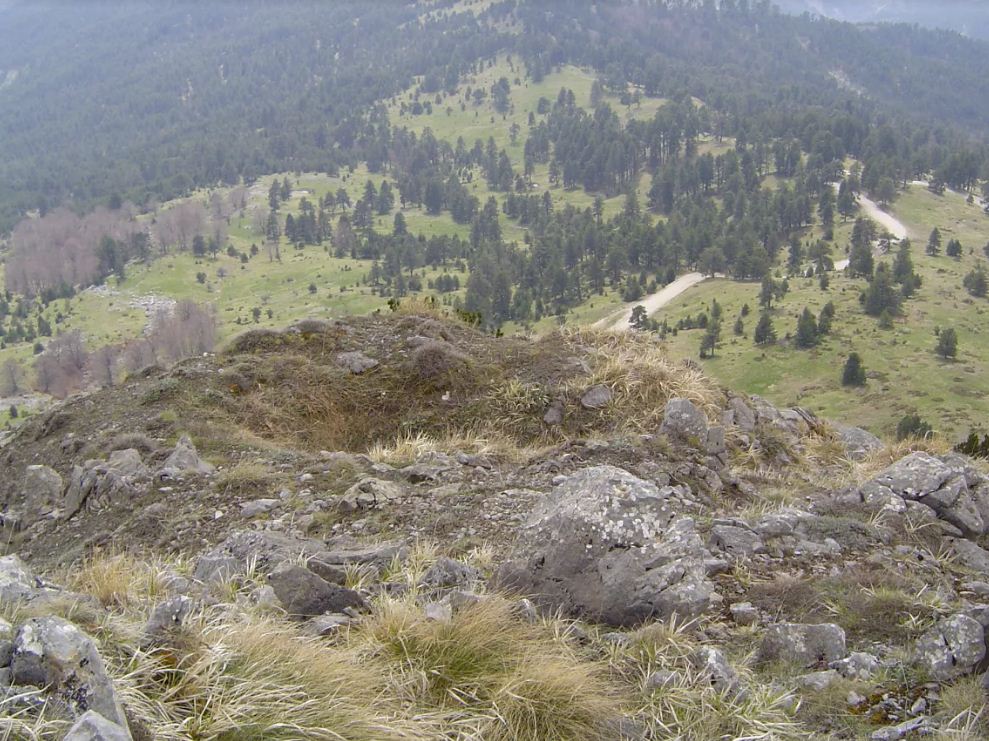 Although there are no official records of battles in the area, the ground is literally plowed with battlefield remains, such as bombs, mortars, defensive posititions.

Indicative of the strong defensive organization in the area is that minefields around the site were neutralised by the Greek Army in 2010! 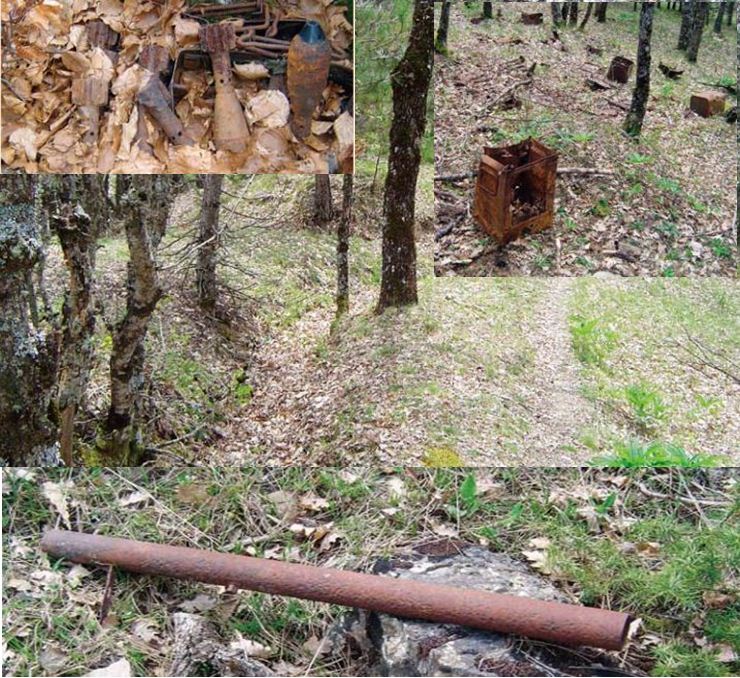 The Greek Civil War was fought from 1946 to 1949 between the Greek government army (backed by the United Kingdom and the United States), and the Democratic Army of Greece (DSE, the military branch of the Greek Communist Party (KKE), backed by Yugoslavia and Albania as well as by Bulgaria). The fighting resulted in the defeat of the Communist insurgents by the government forces.

Founded by the Communist Party of Greece and funded by Communist nations such as Yugoslavia, the Democratic Army of Greece included many personnel who had fought as partisans against German and Italian occupation forces during the Second World War of 1939-1945.

The Civil War left Greece in ruins and in even greater economic distress than it had been following the end of German occupation. Additionally, it divided the Greek people for ensuing decades, with both sides vilifying their opponents. Thousands languished in prison for many years or were sent into exile on the islands of Gyaros and Makronisos. Many others sought refuge in communist countries or emigrated to Australia, Germany, the US, the UK, Canada and elsewhere.

In a 2008 Gallup poll, Greeks were asked “whether it was better that the right wing won the Civil War”.

In 1989, the coalition government between Nea Dimokratia (right wing) and the Coalition of Left and Progress (SYNASPISMOS), in which the KKE was for a period the major force, suggested a law that was passed unanimously by the Greek Parliament, formally recognizing the 1946–1949 war as a civil war and not merely as a communist insurgency ( Ν. 1863/89 (ΦΕΚ 204Α΄).

Under the terms of this law, the war of 1946–1949 was recognized as a Greek Civil War between the National Army and the Democratic Army of Greece, for the first time in Greek postwar history.

Under the aforementioned law, the term “communist bandits”, wherever it had occurred in Greek law, was replaced by the term “Fighters of the DSE”.