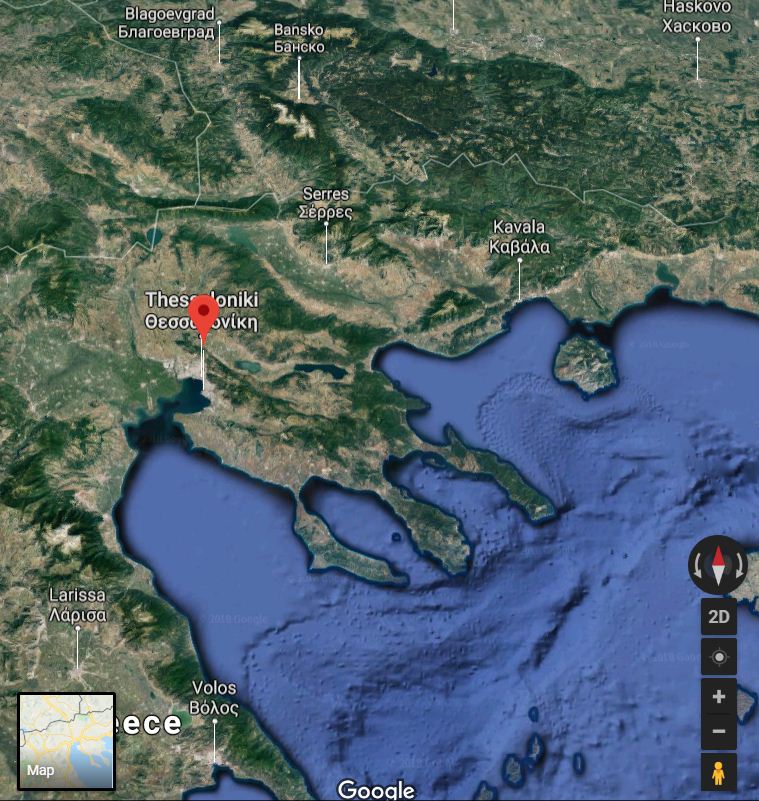 The history of Thessaloniki in Macedonia, Greece, is intertwined with the wars fought during the first half of the 20th century. A bunker complex overlooking the entrance to the city’s port facilities has a rich history, dating back to the 19th century.

Mr. Xenis Sofronidis shared with www.ww2wrecks.com the photos he shot and briefly explains the story behind these bunkers:

“The Greek Navy took control of the Karabournou Coastal Artillery Complex and in 1937 the area was renovated to meet the needs of the oncoming World War 2.”

According to Vice Admiral D. Phokas “The artillery used in Karabournou consisted of Krupp 210/40 naval guns”

“During the occupation, the Germans used the location and built a series of bunker complexes, observatories, warehouses, headlights and antiaircraft weapons positions.”

The entrance of Thermaikos Gulf, leading to the port of Thessaloniki, was secured with minefields and an anti-submarine barrier.

When the Germans retreated from Greece, during the Autumn of 1944, they blew up as many bunkers and other facilities as they could, except for the big bunker and the naval guns positions on Tuzla hill.”