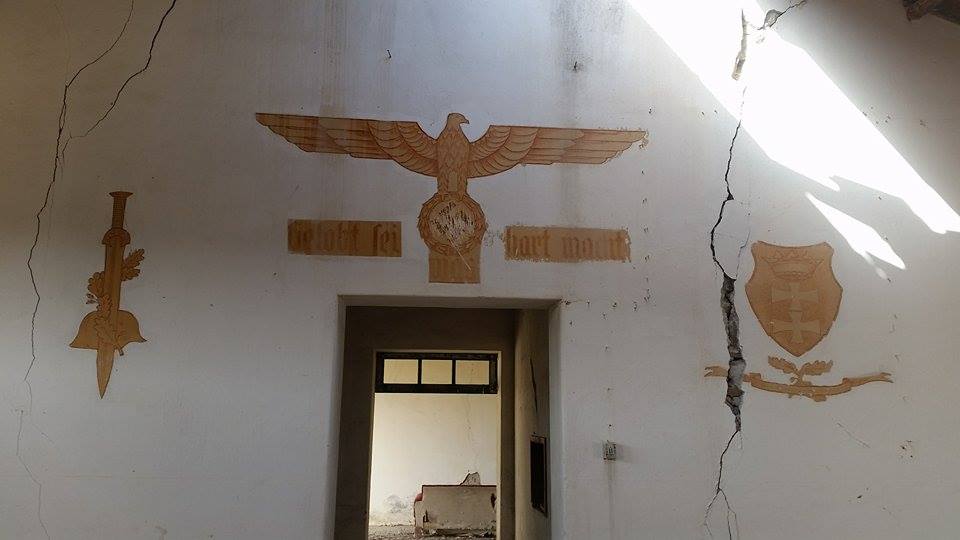 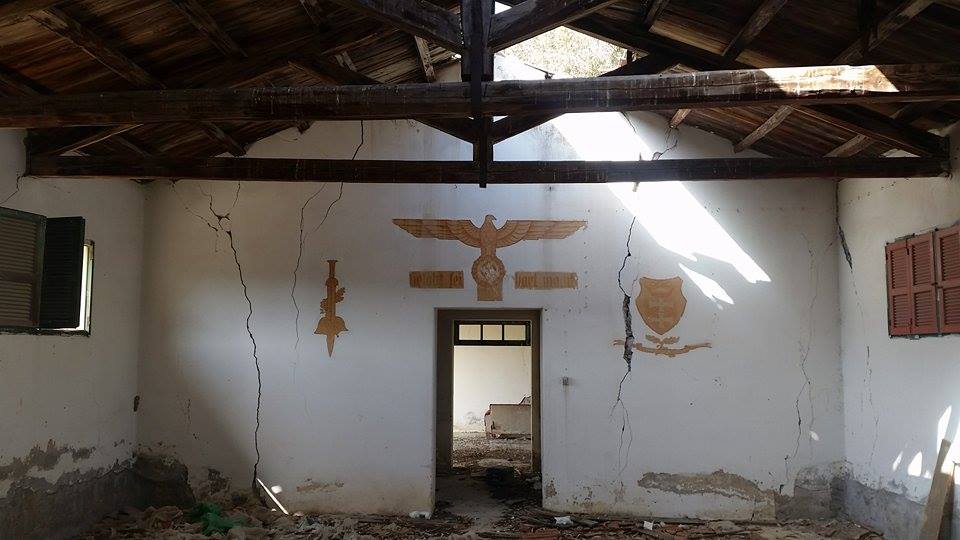 Battlefield Archaeology: One of the last battles of WW2 in May 1945

Battlefield Archaeology: The nazi bunker at the village of “Zorba the Greek”

Rodos island was under Italian occupation from 1912 up until 1943, when Italy capitulated and swiftly changed sides. 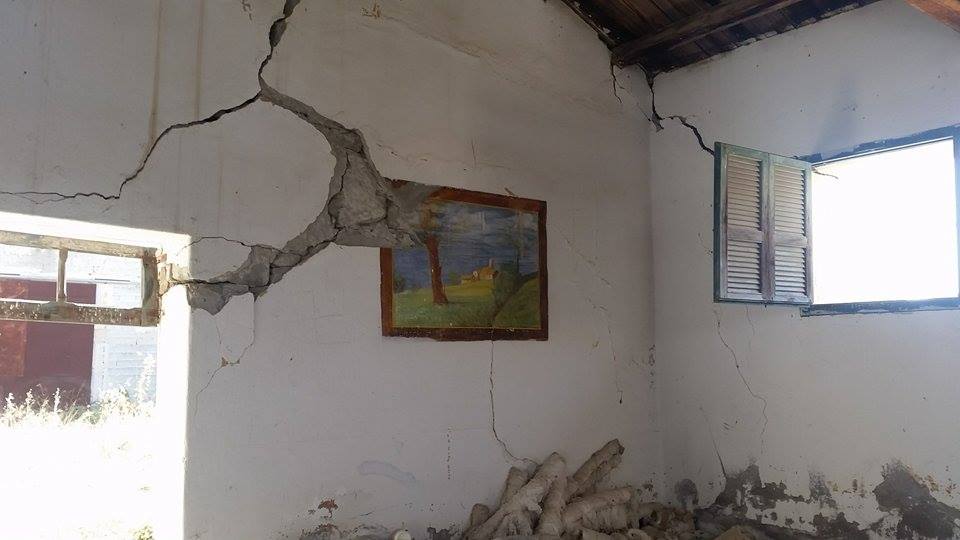 Following the capitulation, the Germans quickly took over control of Rodos, which was an important base, with airfields and other military installations, which were of strategic importance, due to the island’s proximity to the Middle East and at the crossroads of Europe with Asia.

Researcher Panagiotis Mprokos from Rodos Island shared with www.ww2wrecks.com photos of the military barracks, used by both the Italians and the Germans during World War Two. 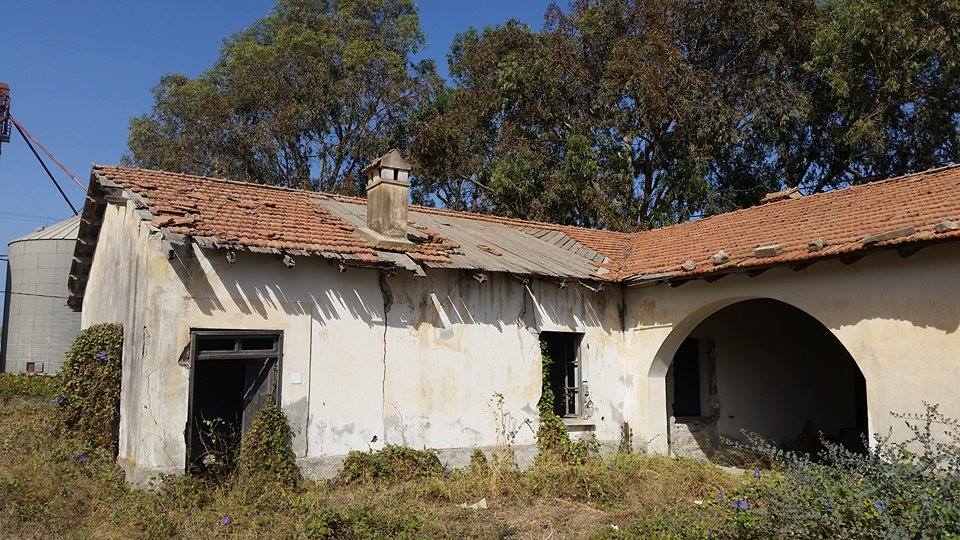 “The barracks are still there” Panagiotis Mprokos says and adds: “We can see the graffiti and the paintings the soldiers did, but unfortunately no immediate plans to preserve them, as a testimony of the occupation of Rodos Island by both Italians and Germans during WW2, have been made”.

The barracks are located in Kalavarda village and after the Italians surrendered, they were used by Sturm-Division Rhodos which was formed by order of OKH on 19 May 1943 and the formation process  started during the last days of May 1943.

On 8 September 1943, the Italian garrison on the island of Kastelorizo surrendered to a British detachment, which was reinforced during the following days by ships of the Allied navies.

The next day a British delegation, headed by Lord Jellicoe, was dropped by parachute on Rhodes, in order to persuade the Italian commander, Admiral Inigo Campioni, to join the Allies. 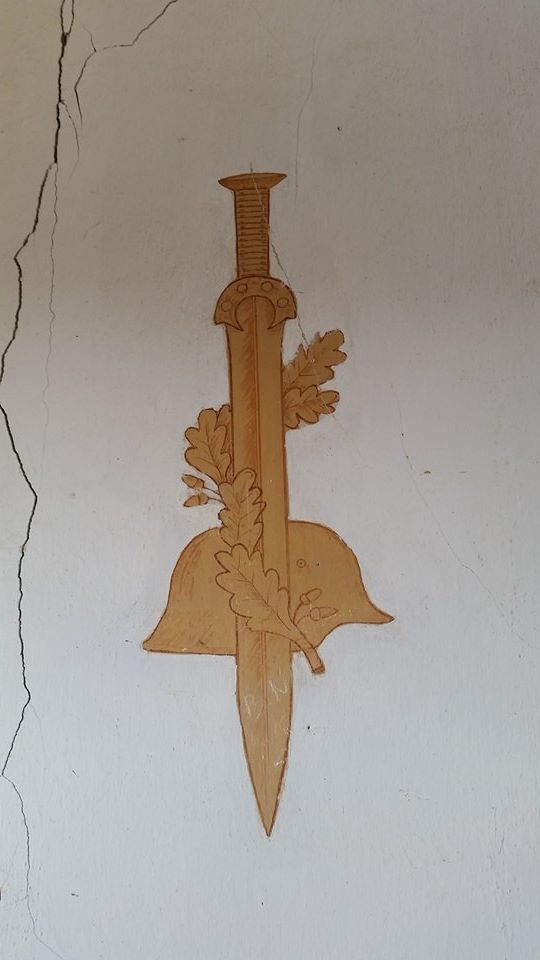 This was followed by the immediate reaction of the most important German force in the Dodecanese, the 7,500-strong Assault Division “Rhodes” (Sturm-Division Rhodos) commanded by Generalleutnant Ulrich Kleemann, and stationed on the administrative center of the Dodecanese Islands, the Island of Rhodes.

Without waiting for the Italians to decide, Kleemann attacked the 40,000-strong Italian garrison on 9 September, and forced it to surrender by 11 September. This successful operation earned him the Oakleaves to the Knight’s Cross of the Iron Cross. 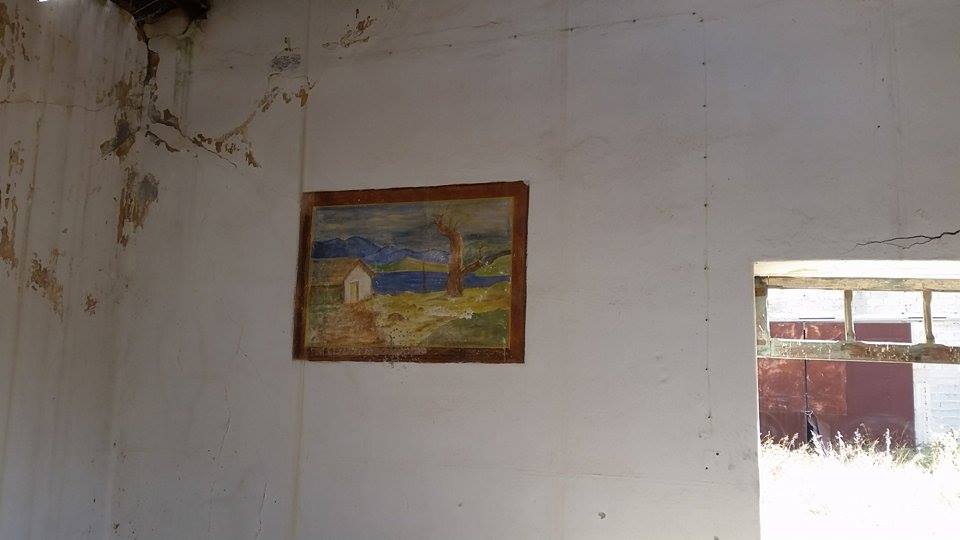 On 17 October 1944 the division was formally dissolved. A smaller number of divisional units remained on the Island, Pz.Abt. Rhodos was amongst them.

The divisional staff was used to reform the staff of IV. Pz.Korps. The duty on the Island of Rhodos was overtaken by Kommandant Ost-Ägäis.

With this command the remaining former Sturm-Division elements, together with all army units on the island under command of Panzergrenadier-Brigade Rhodos until December 1944, surrendered to British Forces on 8 May 1945.