Herakleia (or Iraklia) Island, in the centre of the Aegean Sea, Greece, may be known worldwide as an idyllic destination, but World War Two still echoes to this day, as several WW2 relics are scattered on the beaches and underwater, with a German Arado Ar196 being the most prominent of all, at a depth of just a few metres.

An Arado Ar196 in Herakleia Island, Greece. Read the story at the following link: http://www.ww2wrecks.com/portfolio/an-arado-ar196-in-herakleia-island-greece/ 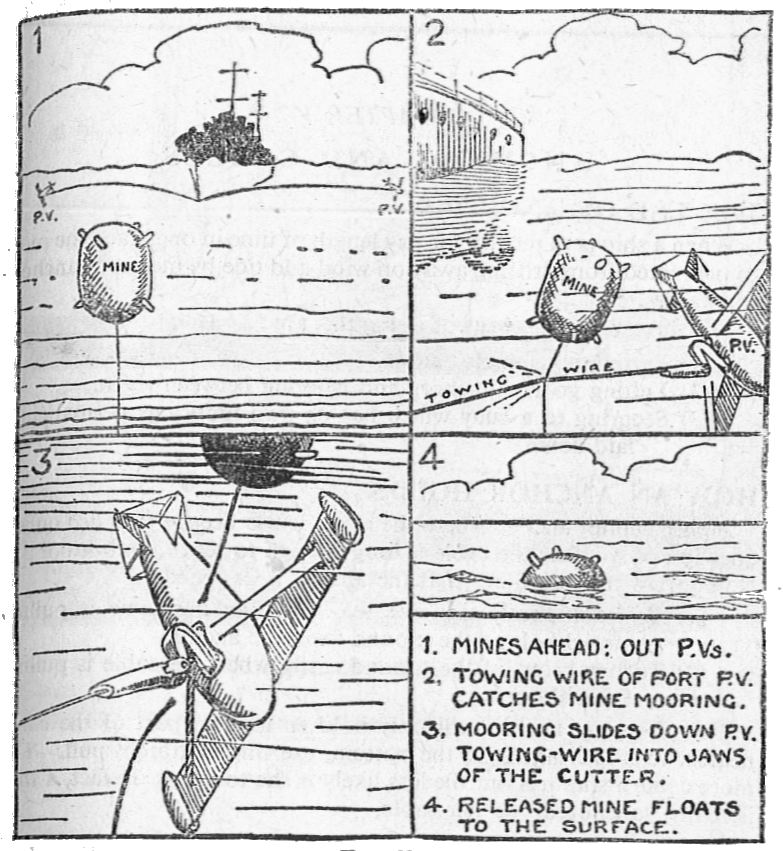 As Herakleia and indeed the islands of the Aegean Sea were highly contested, with Axis and Allied forces fighting for the control of the vital sea routes during WW2, the area was heavily mined, in order to obstruct shipping.

In the immediate aftermath of WW2 a dangerous task had to be undertaken: The removal and neutralisation of thousands of sea mines still lurking beneath the waves.

This delicate and dangerous task was undertaken by the Navy, which used specially designed devices, called paravanes. The paravane was used in sweeping the vital shipping channels clear of mines; The sea mines rose to the surface when the paravane cut their cables, thus enabling the ships to destroy them by gunfire directed at them.

Mr. Alexander J. Greene contacted www.ww2wrecks.com and shared some photos of a paravane located at a beach in Herakleia, a vivid reminder of a by gone era, when sea mines were still posing a lethal threat to shipping.

“We meandered our way down a quiet road, seeking a sheltered and quiet bay, facing the straights between Herakleia and Schinoussa”, Mr. Greene says, adding:

Upon arriving at the beach we stumbled upon this torpedo-shaped structure.

A local fisherman who happened to pass by, was aware that it was related to sea mines, but was of the view that it was used as part of a two sponson platform for a minefield warning.

Having an aerodynamic shape with a distinct fin this didn’t stack up – it was clear this needed some deeper thought and research.

Noting the local’s lead, regarding mines, and doing some research on mine laying and detecting, we successfully identified it to be a paravane.

The paravane according to other locals has been located there since the 40’s and was used in the post-war sea mines clean up effort.”