Alexandros Alexandrakis (1913-1968) was a Greek painter who fought in the 1940-41 Greco-Italian War, along with his five brothers.

He fought on the mountains of Epirus, Greece and in Albania, during the winter of 1940-41 and witnessed first-hand the harshness of war, the cruelty, the sacrifices and death that covered the battlefields, without embellishing or idealising war.

Alexandrakis focused on the hardships the Greek soldiers had to endure on the mountains and the grim face of death that was ever present. 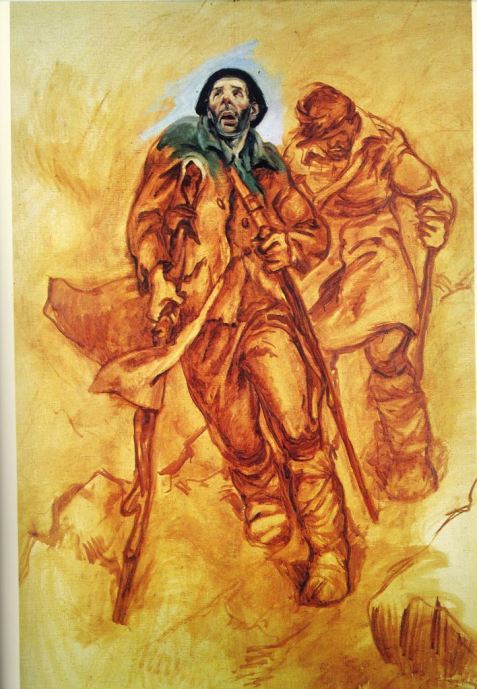 He drew his sketches during the lull of battle and later finished his works, which were to be eventually published in 1968 in four languages (Greek, English, French, German), under the title “The war we fought”.

He established himself as a talented painter at a very early age and studied at the Athens School of Fine Arts until 1937.

After the war, Alexandrakis designed a school text book, worked for the Guggenheim Museum and the United States Senate Library.