The fishing boat’s captain attempted to raise the wreck with a crane but the aircraft disintegrated.

As a result, only the tail eventually was raised, leaving the rest of the aircraft wreck at the bottom.

Upon arrival at Thessaloniki harbour, the captain handed the wreck to the Hellenic Air Force Museum personnel, who had already rushed there.

Immediately after the plane’s tail came ashore, HAF museum technicians began to treat and clean it in order to prevent deterioration due to its exposure. 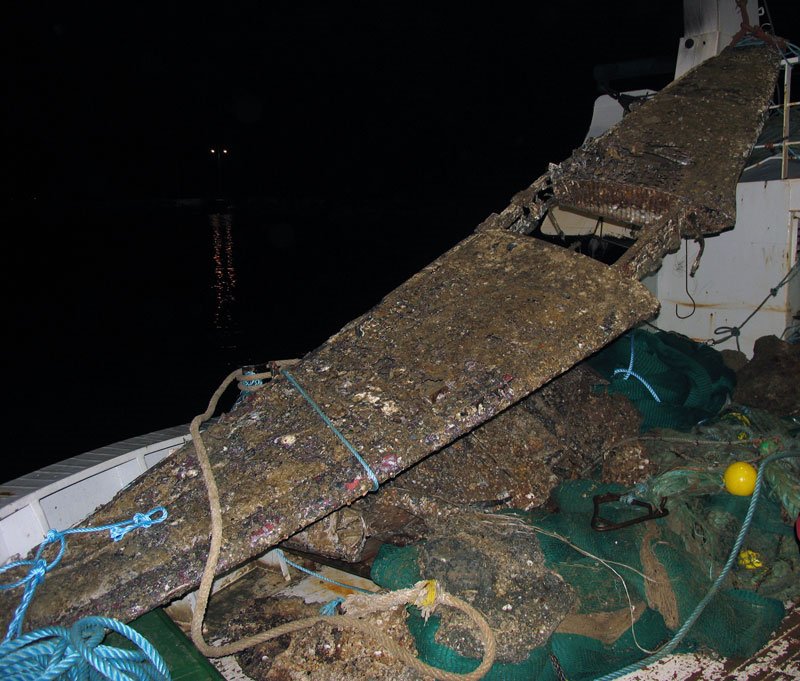 The wreck has been transported to the HAF Museum at Dekelia Air Base, Athens.

A preliminary inspection suggested that the tail belonged to a Luftwaffe twin engined, 4-seater, bomber Junkers 88. 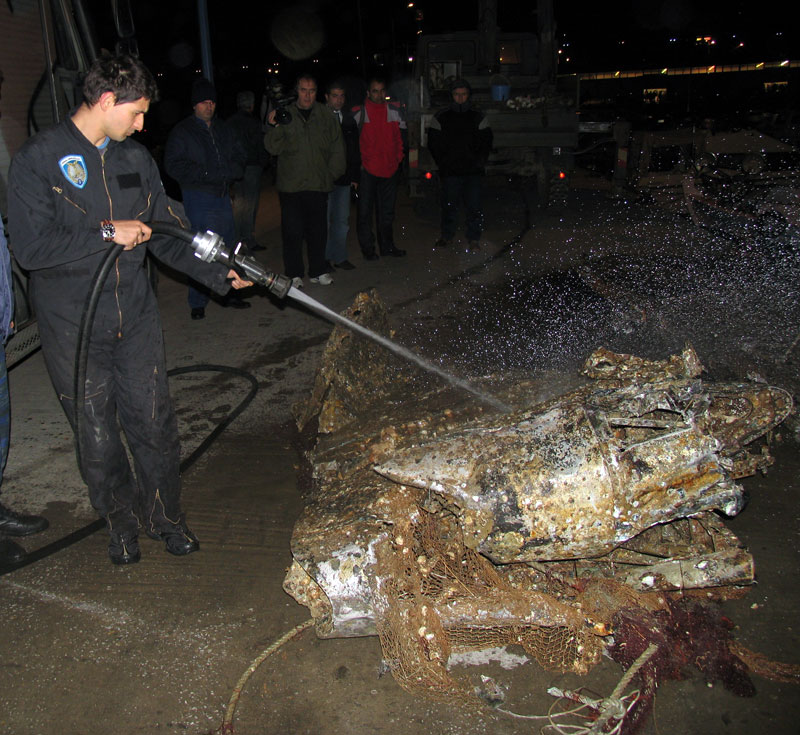 The unexpected discovery of a “crash tag” located on the trailing edge of the right horizontal (which reads: Junkers  4051  888…) duly confirmed the initial guess.