Hans Liska (1907-1984) is one of the most well-known and prolific WWII Axis illustrators, who served with the German Armed Forces during the war. 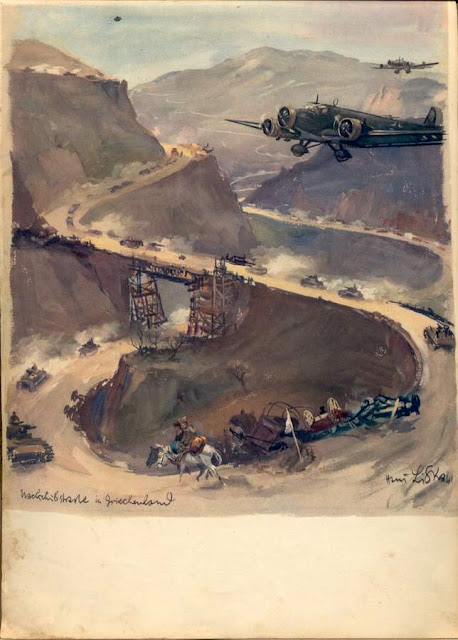 In 1942 and 1943 German publishing house Carl Werner in Reichenbach, sponsored by Junkers Flugzeug und Motorenwerke AG, published 2 albums with Hans Liska’s sketches and color illustrations “to please the frontline soldiers and the workers of the weapon factories” in Germany. 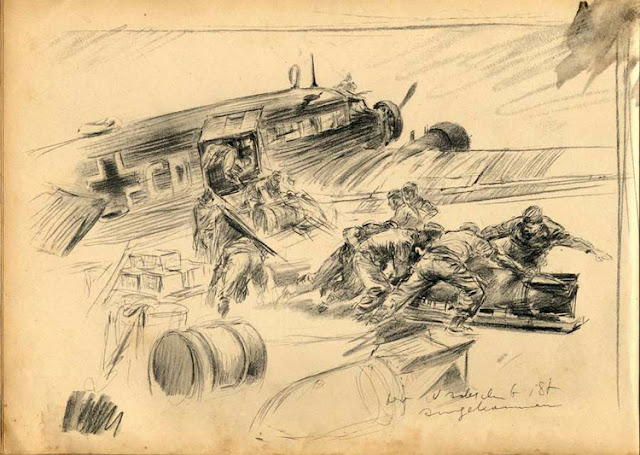 Definitely, Liska’s art lived up to the expectations of his peers, and propaganda clichés left the well-recognizable footprints all over his painting and drawings. 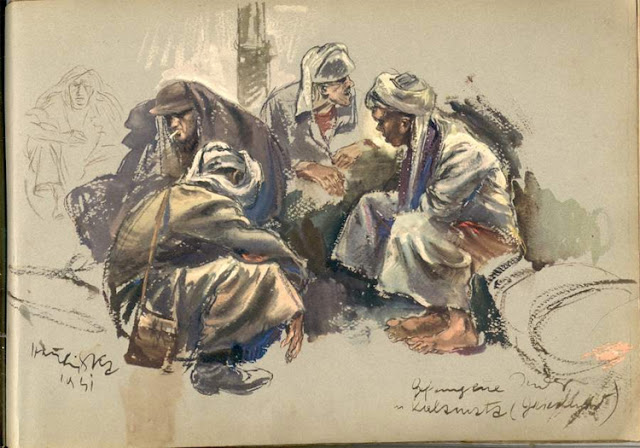 However, at the same time the artist was also able to create something more valuable than NSDAP-commissioned propaganda poster for the crumbling wall of the neighborhood bakery in bombed-up German provincial town. 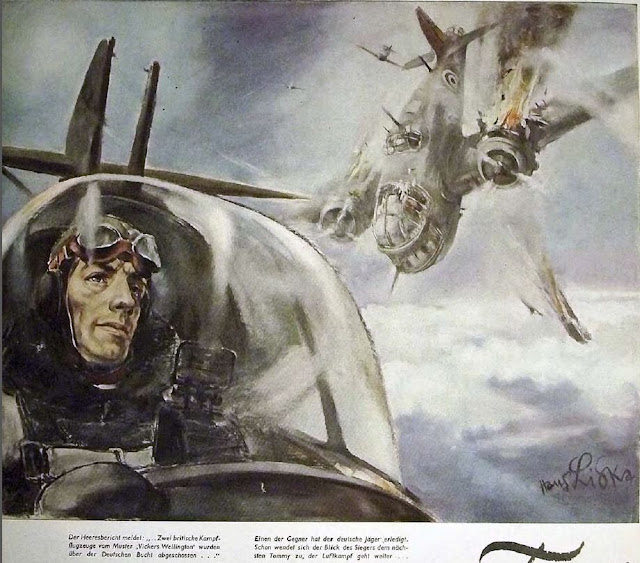 Liska convincingly demonstrates that he has an eye for the real war drama, with all its pain, suffering, desperation, hard work, endurance, sense of duty, and courage for yet one more push to the utmost, which all participants are likely to share, no matter under what colors they fought and died.

Hans Liska’s work, despite its affiliation with nazi regime, is considered to be a timeless account of WW2 through an artist’s work. 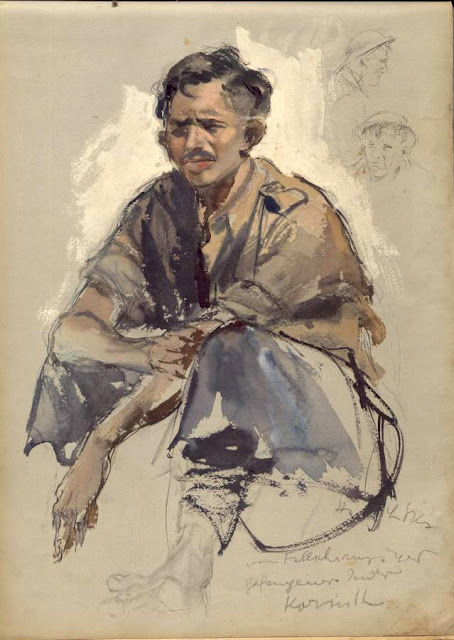